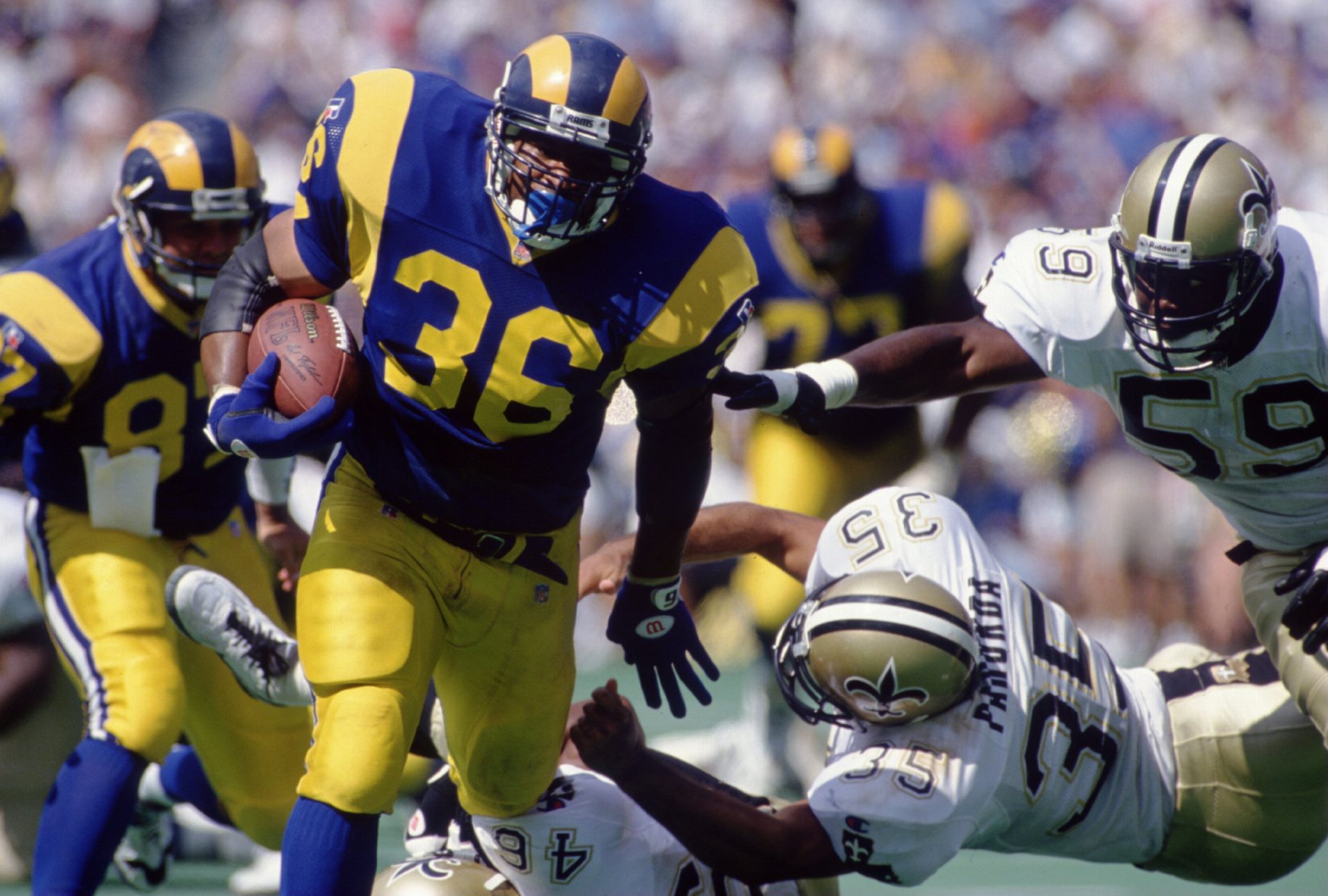 For a fun read, us at Downtown Rams have decided to take a look at the 1994 Los Angeles Rams and compare them to the returning Rams.  There are quiet a few similarities and also varying differences.  There will be a few names that carried over from LA to St. Louis and also some that are still involved with the Rams today.

The 1994 season for the Los Angeles Rams was the 57th NFL season for the Rams as an organization and the 49th in the greater Los Angeles area.  The team had gone through many up and down seasons that included a Super Bowl appearance but by 1994 the luster and good play had dried up leading then owner Georgia Frontier to explore moving the team.  The fans in the L.A. area took notice and the Rams had a minimizing attendance average of only 42,000.

The 1994 NFL Draft did produce a future Hall of Famer that became famous during the Greatest Show on Turf in Isaac Bruce but during that rookie season he was buried in the depth chart and finished with only 275 receiving yards.  The star of the team, and only Pro Bowler, was the future Steeler Hall of Fame running back, Jerome Bettis, who finished the season with over a 1,000 yards.  Bettis went with the Rams to St. Louis but after a change in offensive philosophy became less of a threat.

The offense finished the season in 21st out of 28 offenses in points scored and Flipper Anderson who led the team in receiving yards failed to reach 1,000 yards.  Hall of Fame tackle Jackie Slater was still on the team and also went to St. Louis the following year but was mainly a depth player at this point in his career.  The offense was quarterbacked by both Chris Miller and Chris Chandler, although neither provided the offense the team needed.

This coupled with the 23rd ranked defense that finished with only 26 sacks, 14 interceptions, and a good 19 fumble recoveries, led the Rams to their 5th consecutive losing season and a 4-12 record, which was concluded on a 7 game losing streak.  The failed season and move led to Chuck Knox after a promising beginning to his L.A. Rams tenure.  A few other interesting notes about this ’94 team was that future St. Louis Rams Head Coach, Mike Martz was the quarterback coach and an important part of the Super Bowl team, LB Roman Phifer was only 23, and current broadcaster, DT D’Marco Farr, was a rotational player as well.

The 2016 LA Rams features a young running back in Todd Gurley that has many “experts” already stating that he is the best back in the league, a no.1 pick at quarterback in Jared Goff, and a good defense.  The offense is in need of the biggest change in production after finishing last in nearly every category excluding rushing.  This Rams team also hasn’t had a 1,000 yard receiver in quiet a few years, the last one to do so was Torry Holt.

The defense of the new L.A. Rams is where this team makes its money.  With Pro Bowlers Aaron Donald and Robert Quinn, the defensive line will continue to be a point of emphasis for opposing offensive game plans.  After releasing long time St. Louis Ram, James Laurinaitis, the new man in the middle will be former outside backer, Alec Ogletree. Ogletree is the main reason I believe this defense will become great.  You just don’t find linebackers with that kind of speed and coverage ability.  This Rams team will nearly be identical to the team the Rams had last year in St. Louis just with a few subtractions and a few new draftees.

The biggest questions for this team will be, can the secondary make up for the loss of corner Janoris Jenkins and Rodney McLeod, and can the offense improve off a putrid season that had the Rams finish last in points scored and yards gained?

The similarities between these two Rams teams are abundant such as the young stud running backs in Gurley and Bettis, the lack of a true receiving threat, and the likelihood of the current Rams to start two different quarterbacks this season.  The offenses for both of these teams are likely to be similar in that they will finish towards the bottom quarter of the league in scoring, although the current Rams should be a completely different animal on defense than their 1994 counterparts considering that it is completely plausible that Quinn and Donald alone reach the 26 sacks the whole 1994 team had.

The team that is returning to L.A. is looking to differ from the 1994 team by finishing with their first winning record in a decade and make the playoffs.  Another similarity?  How about the relocation of a former L.A. Ram who became a St. Louis Ram and is now returning to the L.A. Rams broadcast booth in D’Marco Farr.  One thing that is obvious about this move compared to the move to St. Louis, this team is in much better position to improve and succeed than the St. Louis team was.  Although the Rams won a Super Bowl in St. Louis, it was only after a complete retool by Head coach Dick Vermeil and a unforeseen miracle in Kurt Warner that led them there.