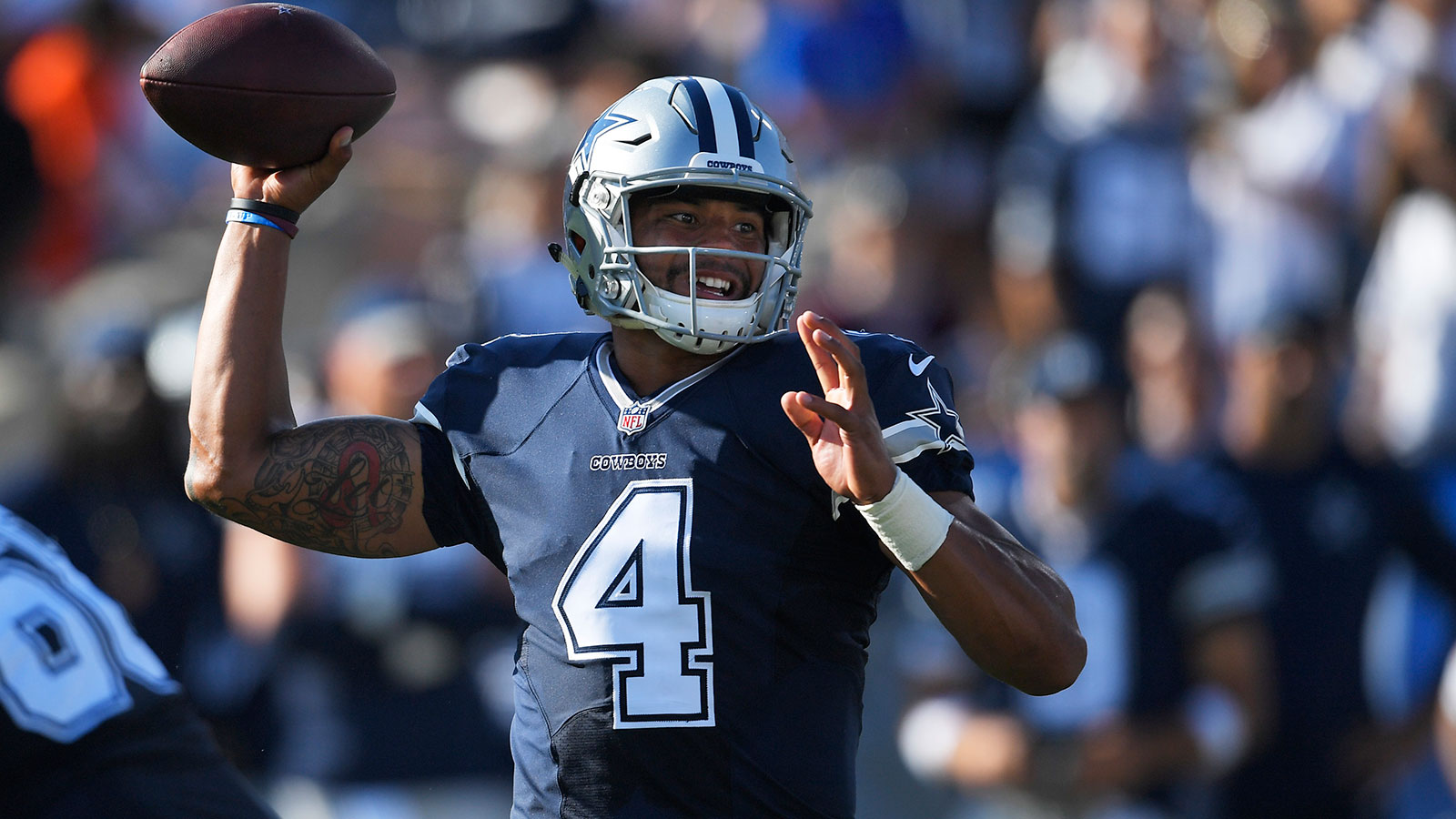 In one of the biggest moves of the offseason, the Los Angeles Rams traded up to the number one overall pick to draft Jared Goff. Goff was supposed to be the team’s franchise quarterback moving forward and being the most NFL-ready, he was meant to start from day one.

That hasn’t been the case.

Going into week one, only a single rookie quarterback will start week one and it is also the one that has been the most impressive. That quarterback is Dak Prescott of the Dallas Cowboys who was drafted in the fourth round and was the eighth quarterback taken overall.

Through three preseason games, Prescott has thrown for the most yards, most touchdowns, and of quarterbacks who have thrown 25 or more passes, he has the third highest completion percentage. Not to mention he has yet to throw an interception in the NFL.

Meanwhile, in Los Angeles, Goff has thrown for just 165 yards, completed just 48.5 percent of his passes, and has turned the ball over twice. His 48.5% completion percentage is the fourth worst percentage among quarterbacks throwing more than 25 passes.

Through three preseason games, it looks like the Rams may have taken the wrong quarterback. Did the Rams make a mistake trading all of those picks to go up and get Goff? Is it time to be worried?

The answer to both of those questions is the same and that is absolutely not. The Rams did not make a mistake drafting Goff and it is not time to be worried.

It is only the preseason and Goff has thrown just 33 passes in his NFL career. He isn’t as ready as maybe some would have liked him to be as Case Keenum has clearly been the better of the two.

Keenum is going to start week one and that isn’t a bad thing. Goff will get to sit and learn instead of being thrown into the fire right away. He couldnt have fallen into a better situation.

So many times we hear about quarterbacks who are thrown into the fire right away when they aren’t ready end up failing for that reason. That won’t be the case with Goff.

While we would like to see production right away from a number one overall pick, this is still Fisherball and Fisher is going to take the old school approach here and take it slow with Goff.

Keenum went 3-2 down the stretch last year and would have gone undefeated had a two field goals gone the Rams’ way. Starting him isn’t a worst case scenario. It could be a lot worse.

To be worried, or call Goff a bust three preseason games into his career is ridiculous. As fans, we just have to be patient. He’s a rookie, he’s going to have learning curves. Instead of waiting to judge him and Prescott three preseason games into their careers, it might be better to wait until three years from now to see which one has faired better.