Should He Stay or Should He Go: Michael Brockers Edition

Brockers has been a career-long Ram, will that change this summer?

Michael Brockers has been one of the core pieces of this Rams defense. The former first-round pick is the longest-tenured member of the Rams and has contributed since he arrived in St. Louis in 2012. Brockers took a back role to Aaron Donald but has still been able to stay productive.

Brockers has established himself as a valuable run blocker, providing the team with 63 tackles, 3 sacks, and provides the defense value by allowing free runners to benefit from him holding the line. In fact, Aaron Donald considers him “one of the best run stoppers in the National Football League,” and “one of the main reasons we’re able to do what we can in the run game.”

Brockers signed a three year around thirty-three million dollar contract extension in 2016. This contract is now up and Brockers is due to enter free agency. Les Snead and company must now decide if they want to bring back the veteran linemen.

The Rams are a winning team with championship aspirations. This means that Les Snead and company need to ensure that the team could compete. The Rams can not afford to become weaker at the defensive line if they want to compete. If the team has a bad season due to roster turnovers and related issues, this could be Les Snead’s last year with the club.

Why the Rams Signing Brockers Is Important:

There is no doubt that the Rams’ defense underperformed last season. The Rams like to think of the defense as a strength, but in all honesty, it needs work. Brockers is the team’s second-best lineman and allows the linebackers to have more free space in the run game. If Brockers leaves, a replacement will be needed. The Rams are not as strong on the defensive line than previously, meaning next-man-up is not the best play here. In fact, the team the Rams may try to bring in a new starter at Nose Tackle, as well as needing to address the Brockers situation.

If trying to replace Brockers from an outside source there are two potential ways. The first way is through the draft, and the second way is through free agency. We will not be discussing the possibility of replacement through trade for a few reasons. Mainly, there would be way too many hypotheticals to consider in this piece. Additionally, and more related to the likelihood of replacing Brockers through the trade market is that the Rams have depleted their trade assets greatly. Without many picks over the next two years and a slight concern about the cap, trading for a top-end replacement for Brockers is very unlikely. 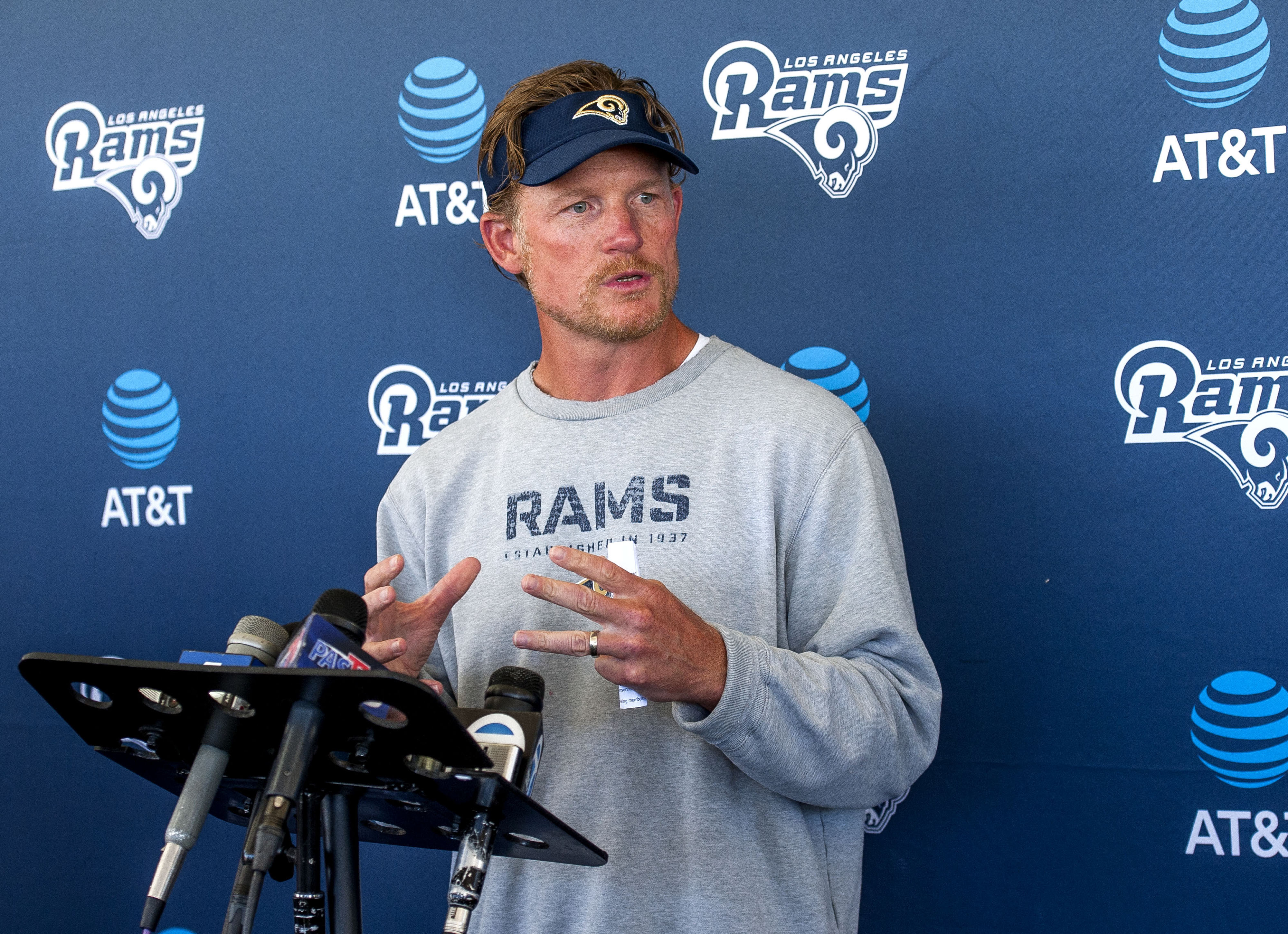 Replacement Through The Draft:

Looking towards the draft may be difficult for the Rams for multiple reasons. The Rams do not have a first-round pick and will take their first player until pick 52. Not picking until two-thirds the way through the second round pick lessens the opportunity to get impact players. If Snead wants to move on from Brockers and replace him through the draft it would have to be early in the draft, or else the talent isn’t there. The defensive line is one of the most important positions in the league and is highly drafted. This even further weakens the opportunity to get the caliber of player we would need to replace Brockers. In the 2019 draft, eleven defensive linemen were drafted in the first round. This means there is a chance we are not even able to get the replacement that is targeted at that position.

The other dilemma with spending the 52nd pick on a replacement for Brockers is that we can’t address other needs. Realistically speaking, the Rams need help in multiple spots. The offensive line is nicely described as weak and there are other needs in the defense, including with the linebackers and in the secondary. Banking on pick 52 being the answer to replace Brockers is a risky move that limits the Rams’ other roster decisions, such as importing the offensive line, defensive secondary, and linebackers.

The other way the Rams can attempt to replace Brockers through an outside source is through free agency. The reasons a team would replace a player in free agency is generally due to talent or value (money). In this upcoming class, there are a few other defensive tackles. These possibly include names such as Marcell Dareus, Dontari Poe, Mike Daniels, and Beau Allen. There is also an outside chance that Chris Jones will be a free agent but all signs point towards Kansas City offering Jones a massive contract to stay where he wants to be.

So what next must be done is consider those guys’ value in terms of talent and contract demand. When consider the talent of other linemen there isn’t one that jumps out as super special, not including Jones, of course. Marcell Dareus is probably the best of the group and likely to be a free agent. However, he’s coming off a deal averaging $14 million a year and is not going to want to take a pay cut. It is not likely that Brockers will demand more money than one of these potential replacements.

Due to the fact that saving money through a free agency acquisition, compared to re-signing Brockers, is not likely to not make a lot of sense to try to replace him through free agency. There is talent on par with him, but for similar pricing, why not keep the veteran who is already on the team the deal?

If the Rams are to retain the Brockers it is likely to be on a short term deal. While Brockers adds value he isn’t getting a six-year one-hundred million dollar contract, nor should he. Another concern about a long term deal with Brockers is figuring out how much longer he can be this productive. So a short term contract is most likely But we will and should receive a slight pay raise. His expiring contract averaged about eleven million dollars a year.

Look for a deal between one and three years if Brockers is retained.

How Much Those Deals May Be Worth:

If Brockers is to sign a one year deal it would be a “prove-it” deal. Brockers would probably be okay with this but would most likely be more comfortable with a two-year deal to secure more money. It would likely be in the $13-$15 million range.

A two-year deal is the most likely type of deal. The deal is short enough that Brockers can get another contract out of his career but long enough to offer financial security. A deal like this could also be the product of a one year contract with a one year team or player option. A two-year contract is likely to be in the $25-$30 million over the life of the contract.

A three-year deal is an interesting option as well. Since it provides three years of a job, assuming there is a guarantee in all three years, the per-year costs may be slightly lower. A team-friendly three-year deal could total in the $36-$40 dollar range. It would also probably be written in a way that offers the team a way to get out of the way deal without spending a ton of money.

Overall, it makes the most sense to sign Brockers for a two-year contract. If Goff and/or Gurley restructure their contracts and open up some additional cap space this move becomes even easier. Brockers will not demand a major raise from his previous contract and if you can get Brockers signed for two years under $30 million that is a good deal. The deal may also be able to include incentives for Brockers to become a better pass rusher and give him the opportunity to get closer to $30 million over the two years.

Ten Crazy Ideas To Spice Up The Rams Offseason