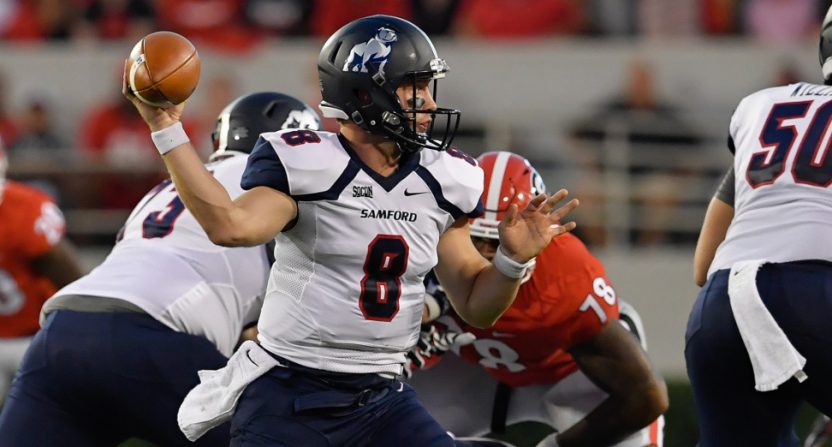 In this new series, we give you one-minute draft profiles. In a pinch of time but want to learn in general about prospects in this draft? This series might be perfect for you. Nothing crazy, no links, no stats, just a straight-up paragraph of the player’s strengths and weaknesses, a comparison and positional grade if need be.

The Best: Works extremely hard to get the most of every possible snap. Doesn’t ever give up on a play, whether that means off-scheduled throws, scrambling for a first-down, running all the way to the sideline until a receiver opens up at the last minute or even breaking a sack and dumping it off to the running back. Quick, nimble in the pocket and displays great poise. Can throw off-platform with no dip in accuracy or velocity. Can make every throw available on the field. Has great ball placement that allows the receiver to easily turn his body upfield or allow him to run directly after the catch. Plays fearless no matter who the opponent is. Has a clutch gene to him that not everyone has.

The Worst: Gambles on the big play even when it’s not there. Gets away with a throw one play but then tries the same throw another time to no avail. Doesn’t always take what the defense gives him, but rather takes it himself. Shorter than prototypical NFL QB size. Small-school competition isn’t top notch. Inconsistent mechanics, especially when rushed. Doesn’t always find time to climb the pocket and or set his feet. Doesn’t go through multiple progressions until the play has completely broken down.