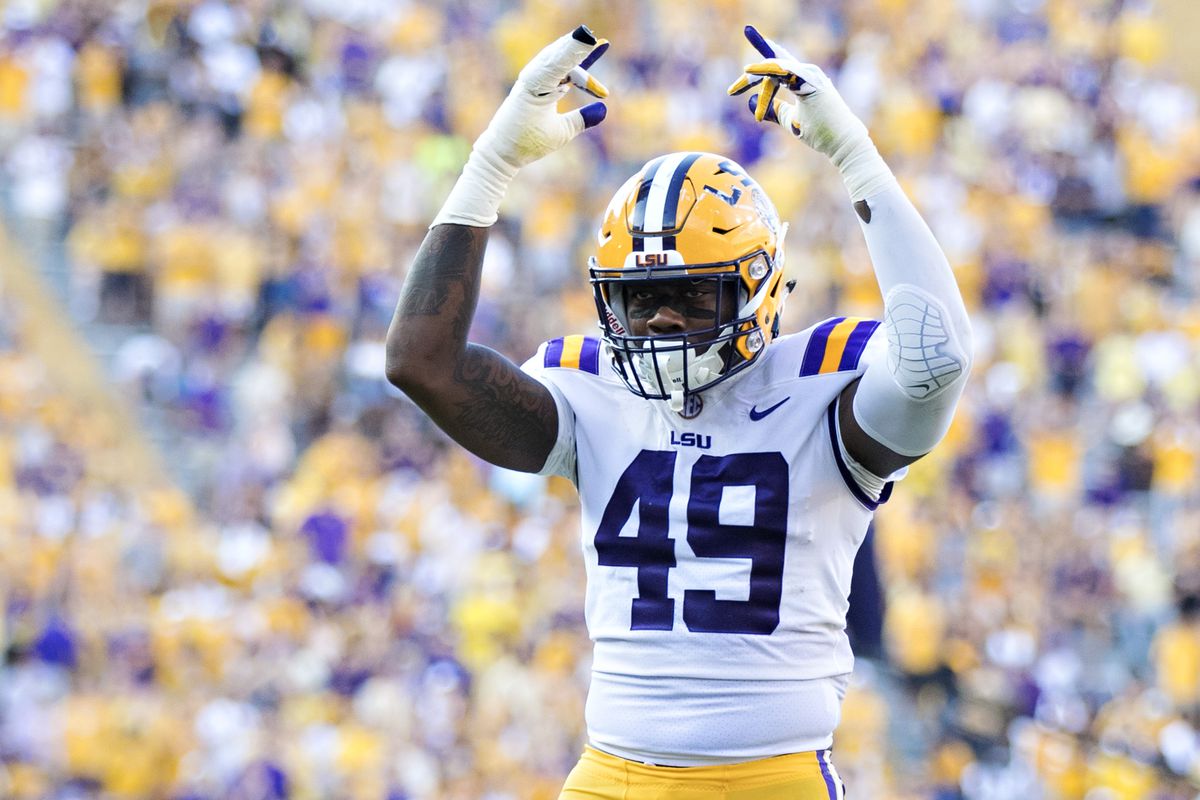 Arden Key first caught my eye as a freshman when I was watching film on Jamaal Adams. Key is one of the most polarizing prospects of the 2018 NFL Draft. He left the LSU football program in the spring before he returned to the team for the 2017 season. Overall, he is a very dynamic and versatile edge rusher. His success will go as far as his character lets him. 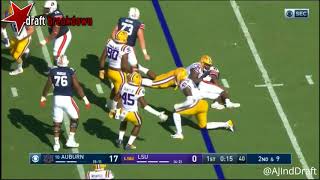 Key is more than just a pass rusher; he is very versatile. He is a very good run stopper and he can drop back into coverage. He can rush standing up or he can put his hands in the dirt. Defensive coordinators will be able to move Key all over the place. He has multiple pass rushing moves in his bag (speed, spin, bull). He has great bend around the edge for his size which allows him to have a successful speed move. Key is very successful when LSU runs stunts with him. He gains great leverage which helps him have a bull rush move and it also allows him to have success in stopping the run. He is very explosive and shows lots of emotion.

Key has some serious character issues. He left the team in the spring of 2017 which left many people confused. Was he going to come back? Was he done? He eventually decided to come back for his junior season. He is always chirping after the play and he will get his fair share of unsportsmanlike conduct penalties. There were a few times where he celebrated before the play was over too. When it comes to his actual game though, he doesn’t have many holes. He will get swallowed up by blockers quite a bit though. He also missed a few games with a knee and shoulder injury. He underwent surgery on his finger too.

How does he fit in with the Rams?

The toughest decision that the Rams will have to make this season is to whether or not cut Robert Quinn. If they do, EDGE becomes one of the biggest needs. Key will start right away and will contribute. I think he would fit in well with the Rams and Wade Phillips will be able to do anything with him. If the Rams were to move on from Quinn, I would be all for drafting Key. It would tough to do so at 23 though with his character and injury concerns.

Key will start right away for 95% of teams. He is very versatile so he will find his way onto the field a lot. I expect him to be in the middle of the rookie of the year conversation. If I had to assign him a sack total for his rookie season, I would say that he will get 8-10 sacks.

If Key doesn’t do something detrimental to his career at this point in time, he will cement his place as one of the top pass rushers in the NFL. He will be polished in every aspect of his game. If I had to assign him a sack total for year three, I would say that he gets 10-12 sacks. I would expect him to average 10-12 sacks over the prime of his career, and he even has the potential to have 15+ in a season. By year three, Key will be that one player that everybody hates because he is not on their team.