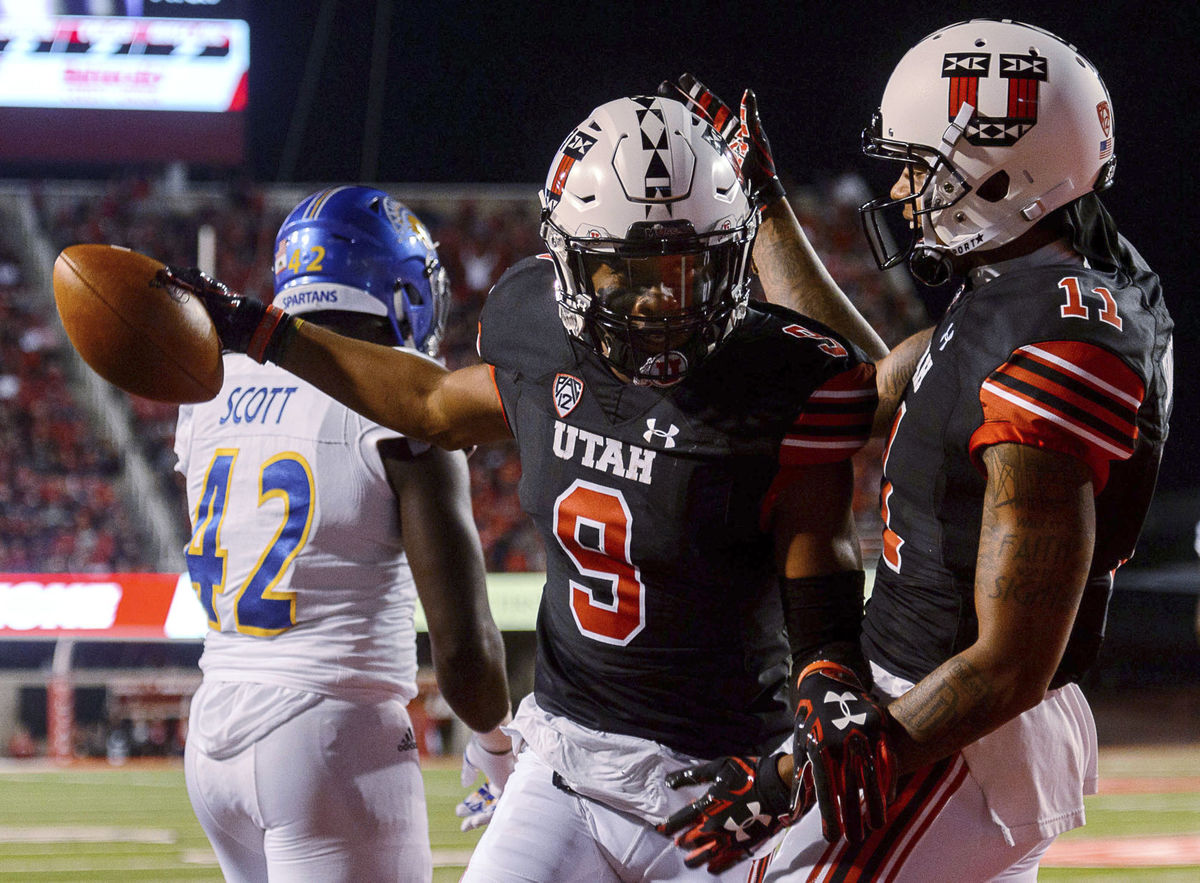 Who is the 6-foot-1, 205 pound WR Darren Carrington II?
He is a receiver that moves as smooth as anyone in space and a player that is taking the right foot forward in making the most of his second chance. The former Oregon Duck was dismissed for a DUI arrest and so he was taken right into the Utah football program. Carrington shows the adequate size for the NFL level as well as someone that can make defenses pay when the ball is in his hands. He is likely to make his money with what he does after the catch but his natural hands and athletic ability make him a promising long-term investment as a starting receiver down the road. 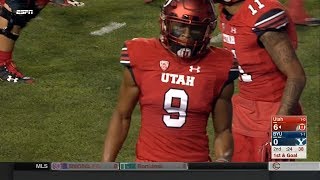 Carrington is one of the smoothest moving athletes in this class and it shows. Right away his run after the catch ability is displayed but what is more important is how naturally he is able to catch the football. He dealt with some inconsistent quarterback play, to say the least, which tested his ability to re-adjust to the ball even if it’s thrown out of his radius. He uses great body control when making a catch near the sidelines and shows the ability to get both feet in bounds and secure the catch. He has ideal size for the outside and has the versatility to work outside or inside. He has proven to re-route himself in an effort to read the defense during the play and react in a way in which he improvises and then helps his QB make the right play. Always has a knack for knowing where the first-down marker is and runs his route accordingly. He’s a willing blocker that will stay engaged with his man in one on one blocking situations more often than not.

While he has a lot of great things to work with, Carrington lacks a significant route tree to be a go-to-guy on the outside. His lack of explosion off of the line of scrimmage, combined with his lack of craftiness in his route running makes things more difficult for Carrington and the QB. He shows a little too much hesitation in his release which can work for him at times but work against him more often than not. His tendency to hold onto the ball with one hand is not ideal and could lead to a fumbling issue at the next level if it’s not addressed. While he has natural hands, Carrington does not attack the ball out of the air consistently and can have trouble when contested.

It’s not as great of a fit as other receivers but if the Rams are looking for some insurance for Sammy Watkins and do not see the development of Josh Reynolds, Mike Thomas or Pharoh Cooper working out in the long run, then a player like Carrington on day three is a fit. He is able to block well and consistently which is something that is a staple and a must for Sean McVay’s offense. He does lack the route tree but with the coaching staff in Los Angeles he could be developed in that area. He offers the ability to stretch the field like Watkins but is too hesitant in his release so he would need to be fixed in that area. Overall, this is someone that would take time but if developed correctly, you could be looking at a Stefon Diggs clone. 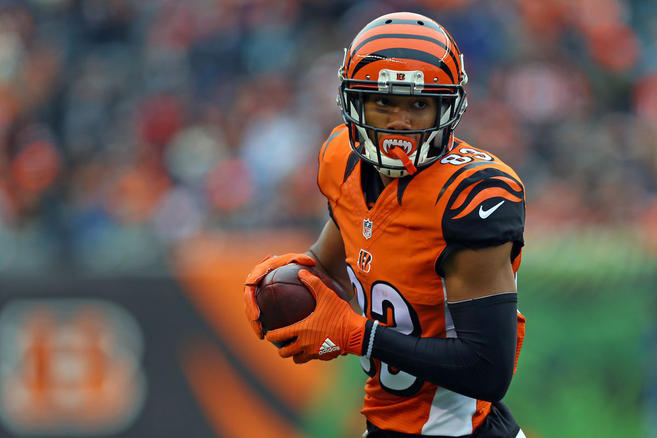 This may seem pre-mature but I really like the skills Tyler Boyd possesses and this is a good comparison for Carrington. Boyd and Carrington are both smooth athletes that have natural hands, a prototypical NFL receiver size and have the speed to be a threat in the open field. Boyd might be a better-contested catcher but all in all, this is the best comparison you are going to be able to make to what Carrington is right now. I think if Carrington is developed and fully grasps a full NFL route tree, he’s talented, athletic and intelligent enough to be just like Stefon Diggs. Diggs came from a power five school but went in the fifth round of the NFL draft. I expect Carrington to do the same and make teams pay for passing him up. However, when a player like Carrington ends up succeeding, it’s because he found the right fit at the next level. We don’t know if Boyd has the right fit in Cincinnati or if he let alone needs it. Carrington on the other hand? We will find out soon if he goes to the right place and that will be vital for him to succeed in a consistent role at the next level.