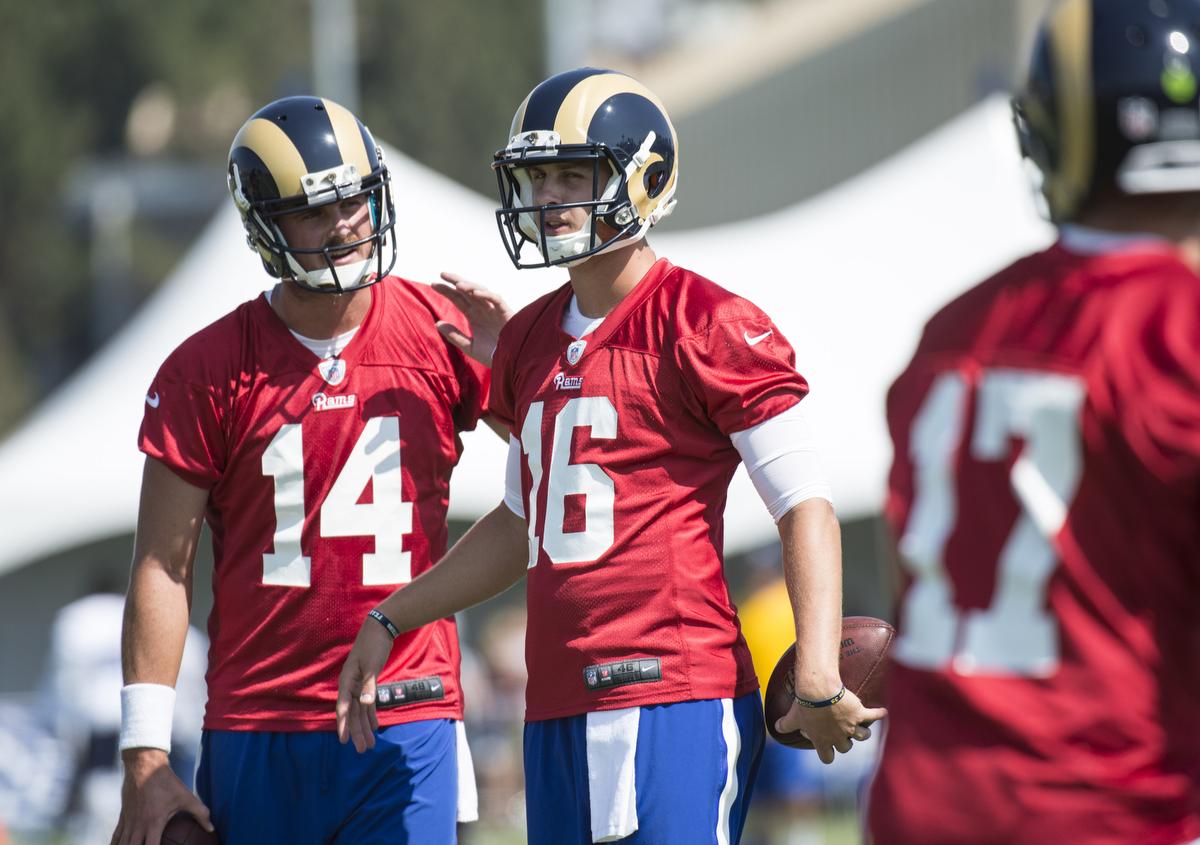 Remember the reports that Jared Goff was ready but coach Fisher was not comfortable with the offensive line? Well they appear to be premature. Goff is not ready and insider Jason Cole of Bleacher Report reported that basically from the sources he has talked to Sean Mannion has outplayed Jared Goff in camp and could become the backup to Case Keenum.

While some could find this a bit discouraging, it’s important to realize Goff is going to go through his fair share of growing pains. It’s also important to know Mannion isn’t just some undrafted free agent that came in the same rookie class as Goff. If that were the case there would be more controversy. The fact is that Mannion was a third-round draft pick in 2015 who probably should’ve been giving some serious consideration in starting last year in place of the ineffective QB and now ex-Ram Nick Foles.

Goff isn’t the “NFL-ready QB” everyone seemed to label him to be. That’s okay however, the Rams need to move on make Goff a backup for now and do what is best for the team. This is a talented team and whether Goff is ready or not they need to think short-term with Keenum and Mannion. You can’t really blame Goff since before he went to the Rams via the draft he had only a handful of snaps under center.

Goff’s time will come but it has become evident he will not be ready to start week one and fans should be fine with that. The fact of the matter is that Keenum and Goff both had their time with the one’s and Keenum moved the ball down the field and showed rhythm. When Goff came in he looked lost and there was no offensive rhythm. Goff might have more potential and arm talent than both of the two veteran quarterbacks. However the Rams are going to need someone who can manage games and not turn the ball over which Goff has failed to do early on. It has become clear the game is too fast for Goff right now.

It appears Fisher is learning from his previous development mistakes with former Ram Austin Davis and yes, Sean Mannion. He doesn’t want to make the mistake of throwing Goff into the fire too early but he also doesn’t want to make Goff take a complete backseat. Fisher need to play it safe with Goff for the sake of not only Goff’s development but for the success of the team.