The 2021 NFL draft took place earlier this month in Cleveland and the Los Angeles Rams came away with some great picks, some were also surprising and with less experienced players potentially taking away starting positions from returning players. With nine new teammates on the roster, the Rams are said to be in with a strong chance of taking home the title in this season’s Super Bowl.

Going into this season the LA Rams had three main needs to cover with their new signings. Firstly, they needed to bolster their defence through improving their line-backer group with a new addition.

Following the loss of John Johnson to the Cleveland Browns, they were in need of a defensive back. Given that Troy Hill also signed with the Browns during the offseason, a slot corner was a good option to consider.

Another wide receiver was also on the table, while Robert Woods and Cooper Kupp both performed well in the previous season there is still room for an addition to this aspect of the team.

So, who did they sign in this season’s draft? 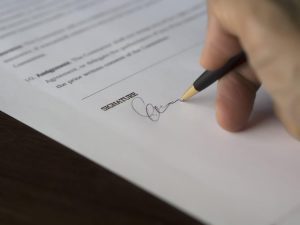 In total, the LA Rams drafted five players on offense and four players on defence and made three trades overall.

Their first draft was in round two with 57th pick Tutu Atwell from Louisville. Wide receiver Atwell was a logical choice for the Rams, he is known for his incredible speed and is expected to rack up some big yards this season.

In the next round 103rd pick line-backer Ernest Jones was selected. This may not be such great news for Micah Kiser, as the Rams are unlikely to play two such similar players on the field together and so he may lose out on his starting spot to Jones.

Two picks were made in round four, cornerback Robert Rochell and tight end Jacob Harris. At six foot five and speeds of 4.39 Harris is a force to be reckoned with and Rochell is an adaptable player capable of playing either in or out the slot.

Another defensive player was picked up in the fifth round. Earnest Brown has good length and due to his large body composition, he is hard to redirect when he shoots the gaps.

The Rams then went on to draft their final three in round seven, with the selection including running back Jake Funk, wide receiver Ben Skowronek and lastly outside line-backer Chris Garrett. Funk has huge potential this season, his 7.8 yards per carry was the second best mark of any running back in the NFL last year.

The LA Rams are now predicted to dominate this season…

With these new signings the Rams are in with a great shot of lifting the Lombardi trophy at the NFL Super Bowl LVI in February 2022. The game is scheduled to be played on their home turf at the SoFi Stadium in Inglewood, California.

The home-field advantage seemed to have a big impact last season with the Tampa Bay Buccaneers winning at the Super Bowl at the Raymond James Stadium in Tampa, Florida.

While there can be no certainty at this early point in the season, the Rams are in the top four as favourites to win. As more states begin to legalise sports betting, NFL betting is becoming increasingly popular, and punters will be watching everything to place online bets early on the teams they may think will win. By researching teams’ draft picks and keeping a close eye on any injuries, punters are putting themselves in the best position to predict winners.

Other favourites that are predicted ahead of the Rams for the trophy in February are last year’s winners the Buccaneers, the Kansas City Chiefs and Buffalo Bills. Those with the least chance of success this NFL season are the New York Jets, the Detroit Lions and lastly the Houston Texans.

The Green Bay Packers chances have also been downgraded given the recent Aaron Rodgers fiasco over whether he will play as their starting quarterback or sit out of the season as he has threatened to do.

In the previous season they finished with a fair 10-6, playing in the playoffs as a wildcard. They were able to take down the Seattle Seahawks in the wildcard round, but they were then defeated by the Packers in the following round.

Now that we are post draft the NFC West is looking to be challenging for the LA Rams in comparison to last season. However, the Rams have since replaced Jared Goff with Matt Stafford after Goff failed to facilitate a competitive offense. Stafford is a higher performer despite spending time with the struggling Detroit team and the Rams have a lot of confidence in him to deliver this season.

Overall, based on the recent draft and the replacement of Jared Goff with Matt Stafford, the Los Angeles Rams chances of making the Super Bowl in the upcoming season are looking promising. If they make it all the way there, the home field advantage could once again prove to be a strong deciding factor in who takes home the Lombardi.

Data Reveals That the Rams Need to Get Taller and Heavier

Rams Roster Outlook: Where the Rams are Deep and Not So Deep