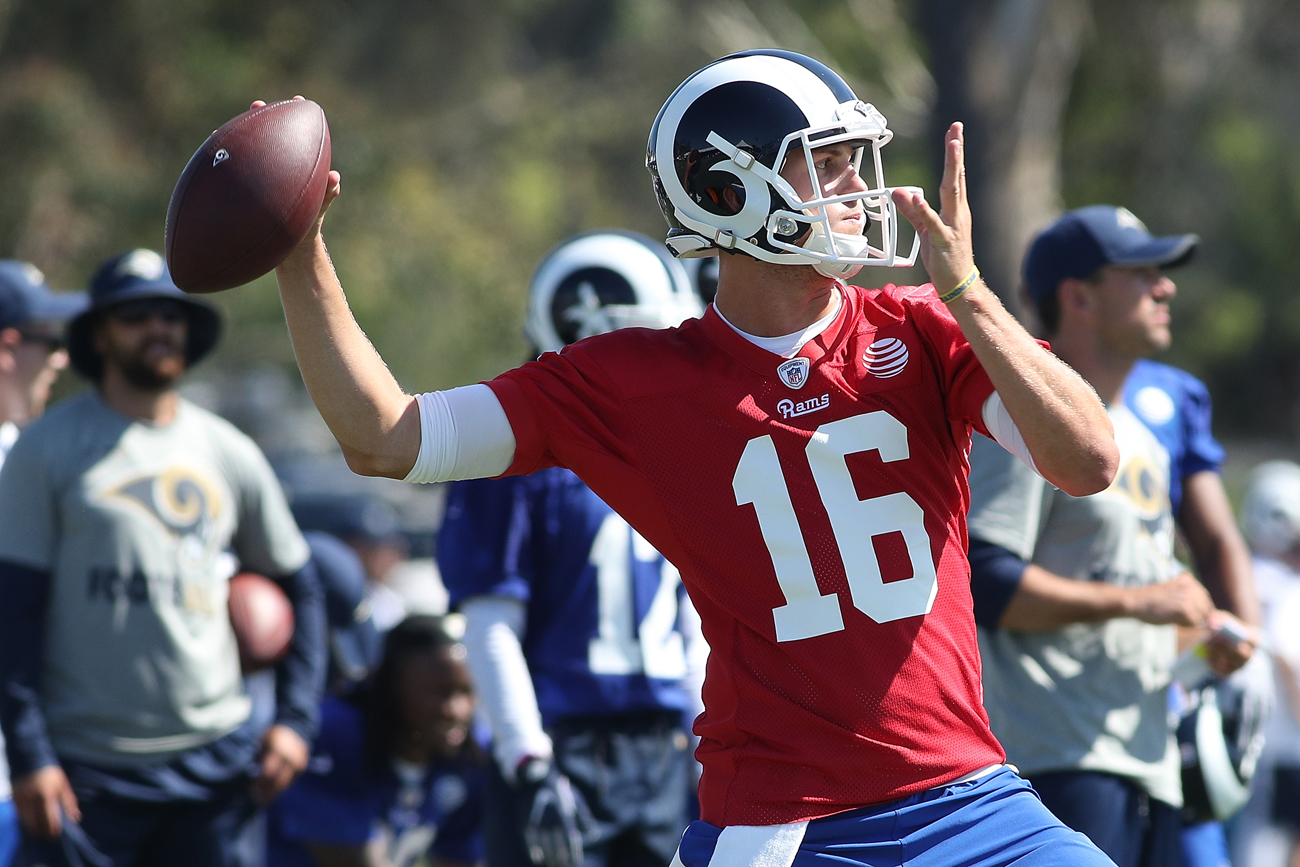 Day 3 of training camp was the first veteran rest day, allowing many younger players get some opportunities with the first string.

CB Aqib Talib, DT Ndamukong Suh, DE Michael Brockers, RB Todd Gurley, C John Sullivan, LG Rodger Saffold and LT Andrew Whitworth were the veterans held out of today’s practice. ILB Mark Barron did not practice, but we can be hopeful of him returning soon since he is not on the Physically Unable to Perform (PUP) list. OLB Ogbonnia Okoronkwo and DT Dominique Easley still remain on the PUP list. Aaron Donald is still holding out and has not reported to camp.

Stepping up to the plate

With so many veterans held out or injured, today gave us a great opportunity to see on the field how the Rams would substitute in the event of injuries.

1. With most of the starting offensive line held out of today’s practice, we had a great opportunity to see who the next man up is for each of our veteran lineman.

It should come as no surprise that Noteboom took over duties at left tackle today in Whitworth’s absence. Without pads on, it’s difficult to evaluate an offensive lineman, but it’s good to know that the guy the Rams drafted to be Whitworth’s successor was getting some work with the first team offense.

The real surprise was sixth round pick, OL Jamil Demby filling in for LG Rodger Saffold instead of forth round pick, C Brian Allen. Demby had been viewed as some to be a potential roster casualty, but given coach Kromer’s emphasis on offensive lineman being able to play multiple positions on the line, it speaks to Demby’s flexibility that Allen might not have. Filling in at center was Austin Blythe who filled in admirably last season for John Sullivan during spot duty.

2. Troy Hill, not Sam Shields, filled in for Aqib Talib today. This will bear watching as camp progresses since the cornerbacks are easily the deepest position group on the team. Sam Shields has been out of the league for a few seasons and might be a bit rusty while Hill is young and his coverage skills took a dramatic leap last year.

3. Running backs flashed in Gurley’s absence, and while Malcom Brown continues to be RB2, it was Justin Davis and John Kelly who looked really good today. Given their speedier skill sets, they are bound to look flashier out of pads than the heavy-running Brown.

Undrafted Free Agent Quarterback Luis Perez has a really interesting background that endeared him to a lot of fans when he joined the team after the draft. The reality is that he was brought in as a camp arm, and he’s going to struggle… a lot.

It was a truly unfortunate day for Perez who got a lot of snaps, but struggled to make anything positive out of them. I hope he improves for his sake, but QB3 Brandon Allen looks much better at this early point in camp.

In team drills so far in camp, the offense has had few bright spots, and that’s usually a deep pass from Jared Goff to Brandin Cooks. Too often so far, the first, second, and third team defenses are able to get their hands on the football. The defensive backs play tight coverage and the defensive line gets quick penetration.

Still, easy to get excited about all these Goff-Cooks connections.