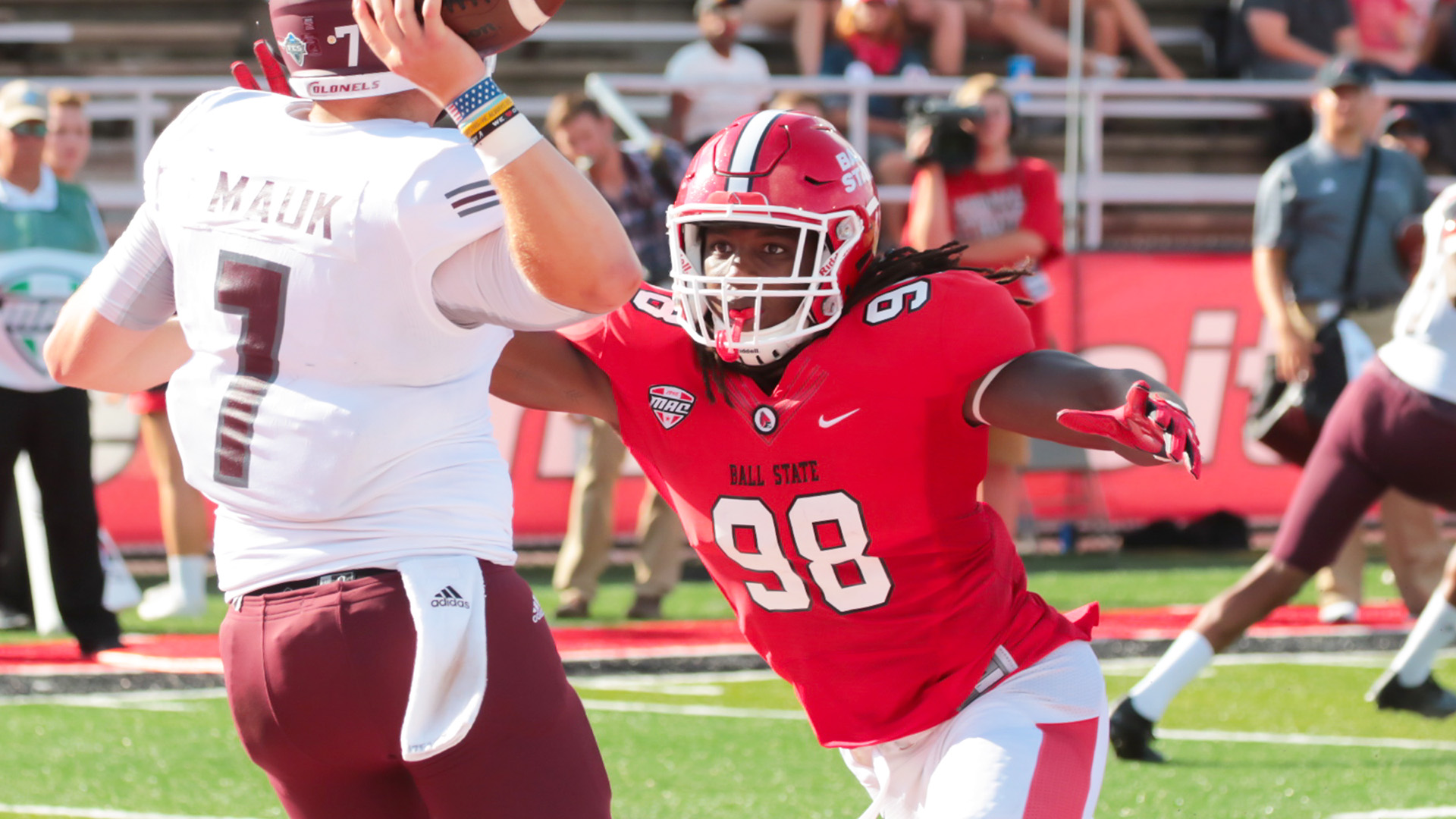 Winbush has one of the highest motors in I’ve seen in this class. He showed the ability to play with his hand in the dirt or as a stand-up pass rusher. He shows good short-area burst to close in on the quarterback and shows the ability to consistently finish the play. The Ball State edge rusher showed the ability to speed rush and use his power to overwhelm offensive lineman that didn’t display the correct footwork to combat his speed and power. Winbush is always looking to make the big play, he does not settle on just a wrap-up sack when Winbush makes contact with any ball-carrier make no mistake, he is looking to take away the football.

The main weakness and the reason many aren’t going to give him a chance is due to something he can’t control and that’s his height. The “undersized” pass rusher will fall in the draft due to that whether it’s fair or not. He does leave some concern how well he will be able to set the edge at the next level and of course, his hyper play-style takes him out of plays at times and he will need to refine himself a little more so he doesn’t hurt his team by doing too much.

I think Winbush absolutely fits with the Rams, this is another player that I could see the Rams drafting later in the draft and getting production out of. The thing with Winbush is that he had 11 sacks this past year and has shown the ability to rush against whoever is in his way. Those types of players don’t just falter, at worst, you are drafting a late-round pick that will never amount to anything other than a sub-package situational pass rusher. At best, you are getting tremendous value and possibly filling your need at outside linebacker. Winbush was unfairly evaluated as a defensive end but in reality he’s a 3-4 outside linebacker and if you just evaluate him as such you would come away with an early day three player. As of right now, the Rams might only have one starting outside linebacker on the roster and will definitely be on the lookout for pass rushers in every round of this draft. 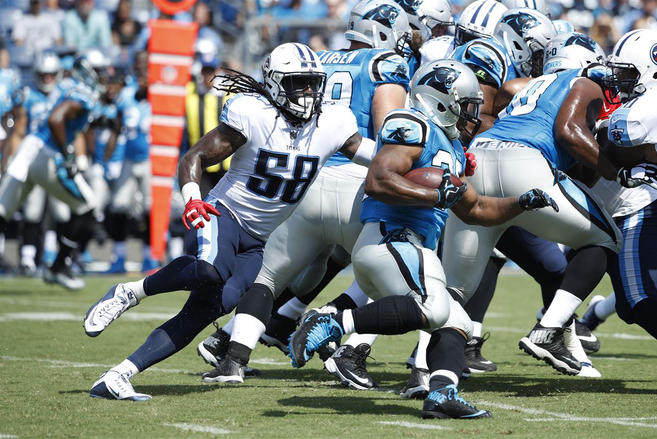 I compared these two since they are both undersized standup pass rushers that have that great non-stop and relentless motor. Walden is seemingly a situational pass rusher at this point in his career and I think that Winbush will have that same role when he joins the league. It will up to Winbush to ascend himself in value but being an Erik Walden is not a bad thing by any means and teams will covet you.