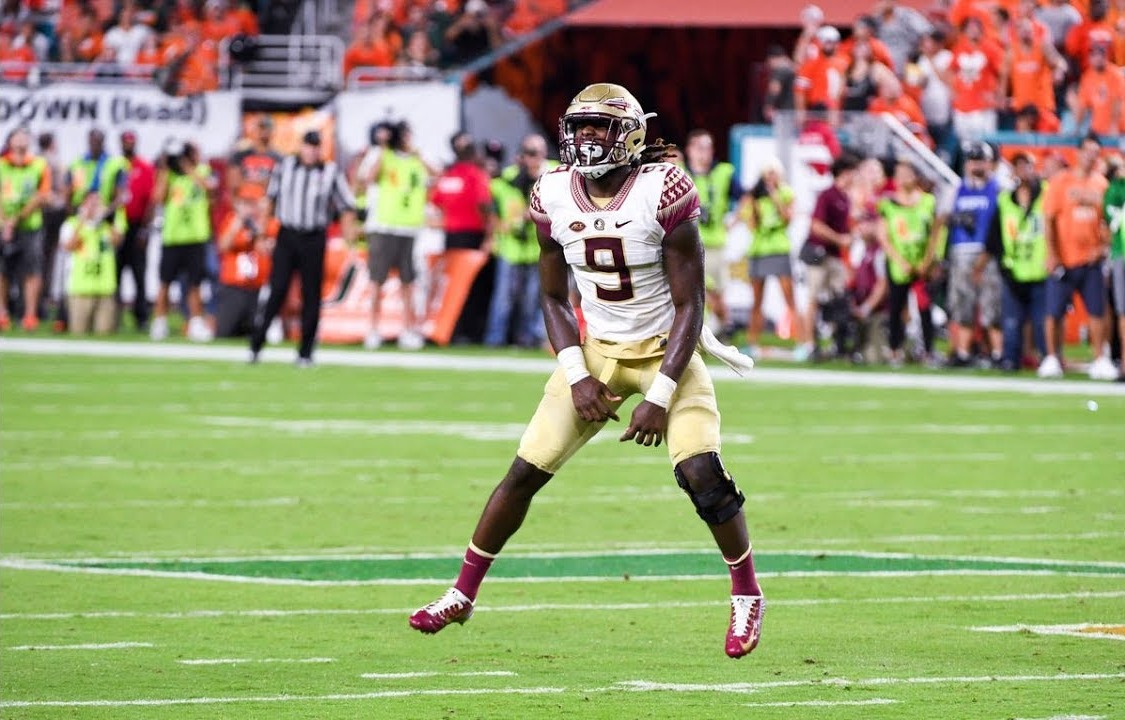 Sweat is an athletic freak who has comparable measurable’s to that of Jadeveon Clowney who was by all accounts considered a generational talent. He can use that athletic ability to chase men down sideline-to-sideline with ease and shows the fluidity to move around and drop into coverage at will. The versatility is there for Sweat which allows him to be considered a scheme versatile player. However, I would definitely start Sweat as an outside linebacker in a 3-4. Sweat shows the ability to win with speed, quickness or power and he does a great job of setting the edge to support the run. He has what I would call an underrated amount of motor. Sweat can be seen on film continuing to battle through a blocker even if he looks down for the count. He also shows no hesitation disengaging and if he has to, diving to stop the ball-carrier or QB right in their tracks. His production increased every season he was at Florida State, he came back from a gruesome injury and due to those things, there is no question about his work ethic or his toughness.

You can make a real argument this is a very raw athlete and will need to be heavily coached up. A lot of his issues are due to the fact he was asked to play more with his hand in the dirt and out of position. Sweat does not appear to have natural pass rusher bend and will need to be taught how to use more of his body which includes his hands. He can show too much aggressiveness when making the play which might take him out of it altogether. The injuries as mentioned above are a weakness just off the simple fact that it’s not good to ever suffer a torn ACL or dislocated knee, although I am not entirely worried about it. Bear in mind he was medically cleared at the combine.

Let me put it this way, Josh Sweat has some red flags, he’s raw and may need some refinement but there is just so much to work with that to me it’s a no-brainer to consider and eventually pick this man. Wade Phillips has a great track record with pass rushers obviously: Von Miller, Shaq Barrett, DeMarcus Ware and Connor Barwin to name a handful. The Rams drafted an extremely raw but extremely athletic OLB last year Samson Ebukam. Sweat is even more of a physical specimen at his size and he would be a perfect fit for the Rams. The team was 28th overall in run defense last season, they are looking to improve upon that and Sweat would definitely boost them in that department. Of course, especially now that Robert Quinn has been traded and Connor Barwin is a free agent. The Rams will need a serious overhaul of their outside linebacker position and Sweat would be able to come right into a situation where he is playing for a team that will work with him but put him in position to win. 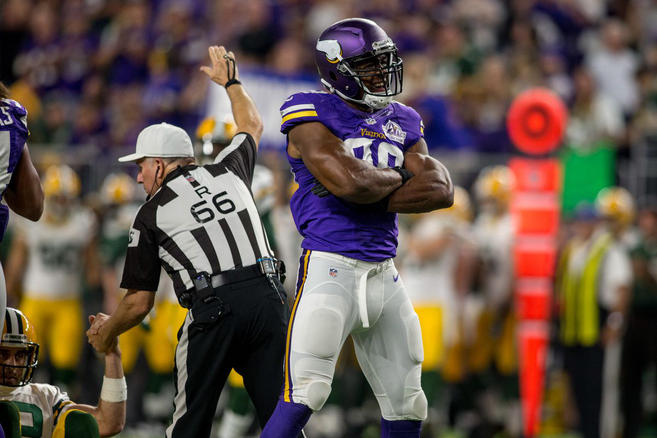 Danielle Hunter is one of the better edge defenders in the game and while he fits in the 4-3 and I have Sweat as more a 3-4 guy, they both have very similar freaky measurable’s. Hunter was considered a raw guy with slow get-off and a pass rusher that needs a lot of coaching at the next level. Three years later, Hunter has been around football guru and Head coach Mike Zimmer who he has caught fire under. 25 and a half sacks for Hunter in his career is a good indication he got it together at the next level. That is exactly how I expect Sweat to end up. By no means are they the same though, Sweat actually is a better run defender than Hunter was coming out of LSU. There is no reason why Sweat can’t catch the same fire Hunter did if he ends up under the right coaching tutelage.