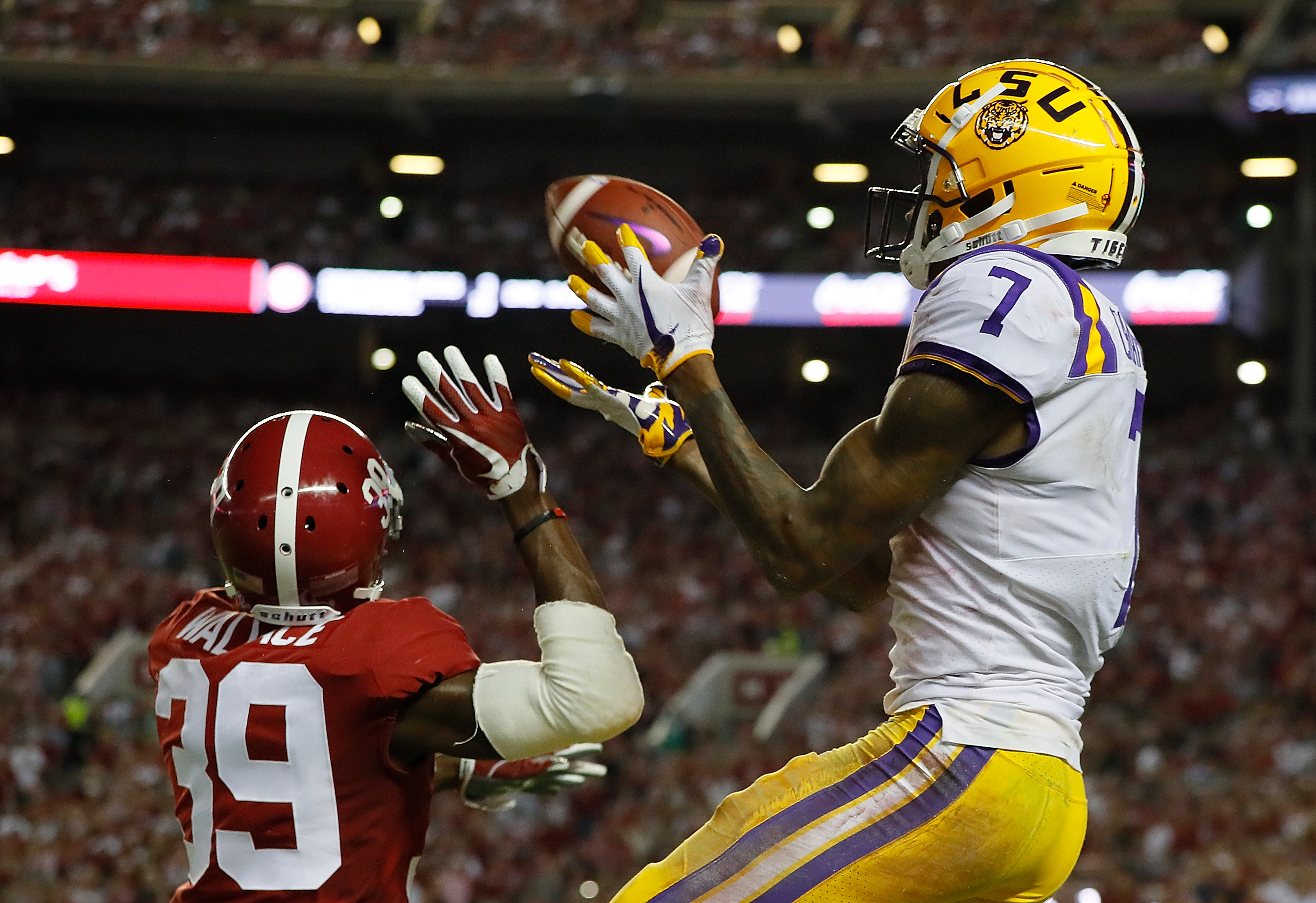 He is a one-year starter who was buried behind LSU receivers Malachi Dupre & Travin Dural on the depth chart. He played in 25 games throughout his career, he has great height for the outside receiver position and teams are going to fall in love with that height especially when you combine it with the speed that Chark possesses. The young LSU receiver recently had everyone talking after his dominant Reese’s Senior Bowl performance last month in which he showed off his big-play ability that will surely shoot him up into the second day in the draft. 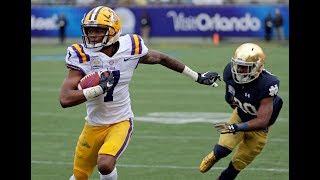 He is quick in and out of his breaks, displays good hands and excellent body control to go with them. His ability to make the adjustment needed for a catch out of his radius is extremely impressive. Chark shows not only the desire to block, but finish his assignment at the point of attack (as you can see in the game tape embedded above). His run after the catch ability makes him intriguing especially because of his height, it’s rare to see someone at 6-foot-2 with that much ankle flexibility. He, of course, uses that ankle flexibility to make sharp turns out of his routes. This is a player that is already preparing himself for the NFL with his mindfulness to keep both feet in bounds and control the ball during the entire process as he makes impact with the ground. He shows the ability to consistently fight through the press and is a long strider that deceptively can beat press or off-man deep down the field.

While Chark does have that long speed, it still takes him a bit to get going. He’s kind of a lumbering runner that needs a head of steam to reach his full gear and doesn’t have the burst off of the line of scrimmage you would want in your starting receiver. He does have a lanky frame and it would be ideal to add some bulk. Chark can be great with his route running but he tends to round off his routes which hurt his ability to separate from his defender. He lacks a full route tree, so wherever he lands in the NFL, they will need to have patience and be creative with how he is used initially. However, with that route tree, it’s no fault of his own as LSU used him more as a field stretcher and a piece of the bigger pie with Leonard Fournette and Derrius Guice.

It really depends on the stance of Josh Reynolds. If the coaching staff feels as though Reynolds’ development is coming along the Rams won’t draft a receiver early on. Also, it depends on what happens with Sammy Watkins. The young trade acquisition’s contract expires this season and he will be set for free agency if the Rams don’t make a play with a contract or a franchise tag. If the Rams let Watkins go, Chark becomes a viable field-stretching option to fill right in with the role Watkins had last year. Reynolds and Chakr are similar but Chark is more of a faster and quicker receiver that can take the top off of the defense, while Reynolds is the 50/50 ball go-get-it type of guy. It will certainly be interesting, especially since Chark was a Senior Bowl standout and Les Snead and the Rams love their Senior Bowl guys. I do see this as someone that would likely have a huge ceiling with all the traits he possesses and all of the route combinations and the overall NFL pro-style route tree he still has to learn. His desire and his ability to finish as a strong blocker makes him a serious consideration for what Sean McVay wants in a receiver.

I know many are going to have a problem with me comparing Chark to a guy that just got embarrassingly arrested. However, the play-style is similar and the height and speed combination is very similar. I can tell you right now, after meeting Chark, I have nothing but the best to say about his humble yet, happy-go-lucky character. As far as Chark as a player, he is a great comparison to Robby Anderson. It’s not a bad thing, Anderson was great for the Jets this year and he’s continued to improve as a deep threat that can not only get behind defenses, but also go up and make a play on the ball. Even on top of that, Anderson has improved as an all-around receiver and I expect Chark to do the same thing. Best case scenario for Chark, he ends up being better than Anderson but as of right now he would have that type of impact and be able to help a team in at least one area right away. That is exactly what Anderson did once he came into the league and this past year you started to see him develop into a more well-rounded receiver.