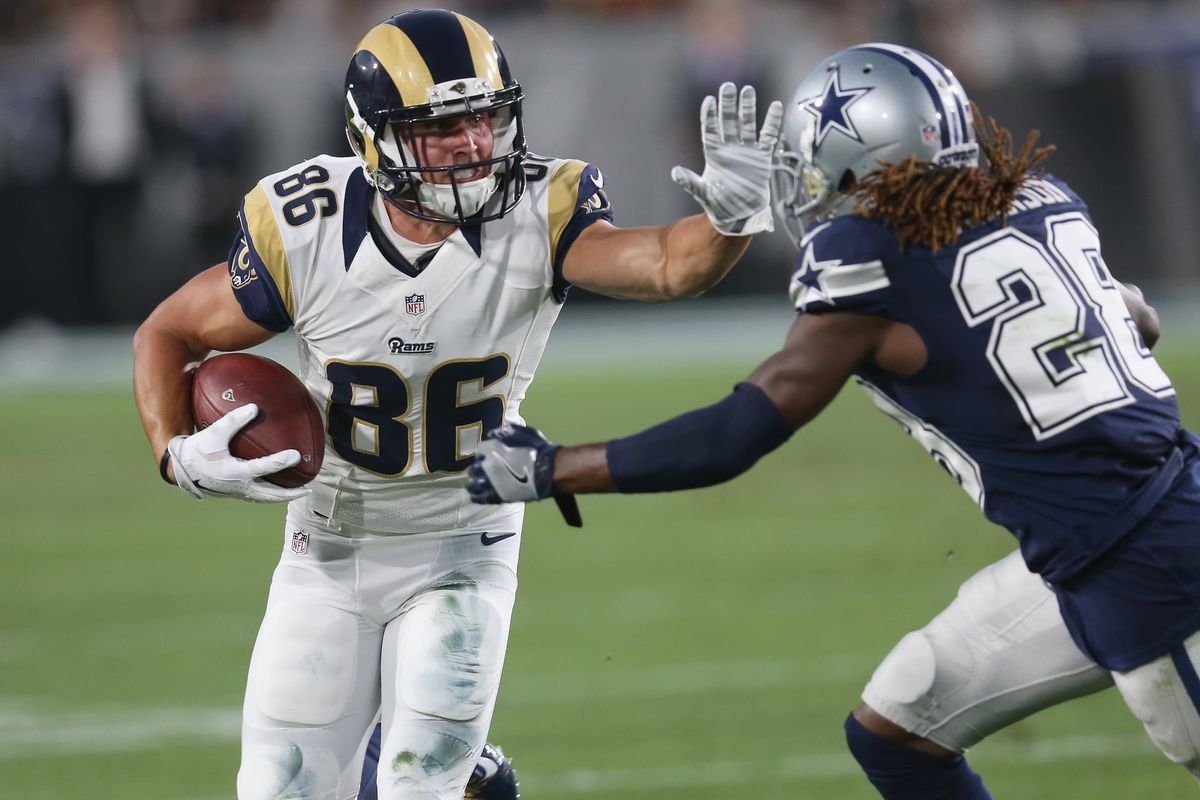 Football is back! Well, preseason football anyway. Given that we should expect very limited snaps from the starters, here are three things you should look for when the Rams 2017 preseason kicks off at 6:00 PM PST tonight.

1. Will the new offense be able to move the football?

This will be our first look at Sean McVay’s offense. While it will be a vanilla version of the offensive scheme we hope to see in September, it should still be better than what we were given last season. Jared Goff will see very limited snaps, but during those snaps we should look for him to make his reads and check down to the open receiver.

The Cowboys defense has one of the worst defensive backs groups in the league and should be exploited by our receiver group. Keep an eye on the retooled offensive line when they’re on the field and see if they can open up running lanes and keep Goff clean in the pocket. Backup quarterback Sean Mannion should receive the majority of snaps in this game and will have a lot of opportunities to be evaluated for his ability to step in if Goff flounders.

2. Can Nelson Spruce pull off some more preseason magic?

Last year, Nelson Spruce played in one preseason game, and that was the opener against the Cowboys. Late in the game, playing with the third-team offense, Spruce caught 6 passes for 51 yards and a touchdown to help the Rams beat the Cowboys. Spruce also injured his knee during the game, and was subsequently placed on injured reserve. With Sammy Watkins added to a crowded receivers room, Spruce will have to replicate his performance of a year ago and stay healthy if he wants to make the 53-man roster.

3. How will the defensive backs hold up?

With Kayvon Webster potentially out for this game, and E.J. Gaines traded to the Bills, it is up to the likes of Nikell Robey-Coleman, Troy Hill, and Mike Jordan to step up. Since injuries are so common with defensive backs, the depth at the position is incredibly important to our success this season.

We will also get our first look at the shuffled safeties with Lamarcus Joyner and Maurice Alexander playing safety. Rookie third round draft pick, John Johnson, should see a lot of action tonight at safety and possibly corner, so keep an eye on his versatility as a depth piece on defense.

The defensive backs group have been the most vocal on the team, claiming that they are “driving the bus,” setting the tone and pace of this team. They get their first chance to back up that claim tonight.

What are you most excited to see from the Rams tonight?