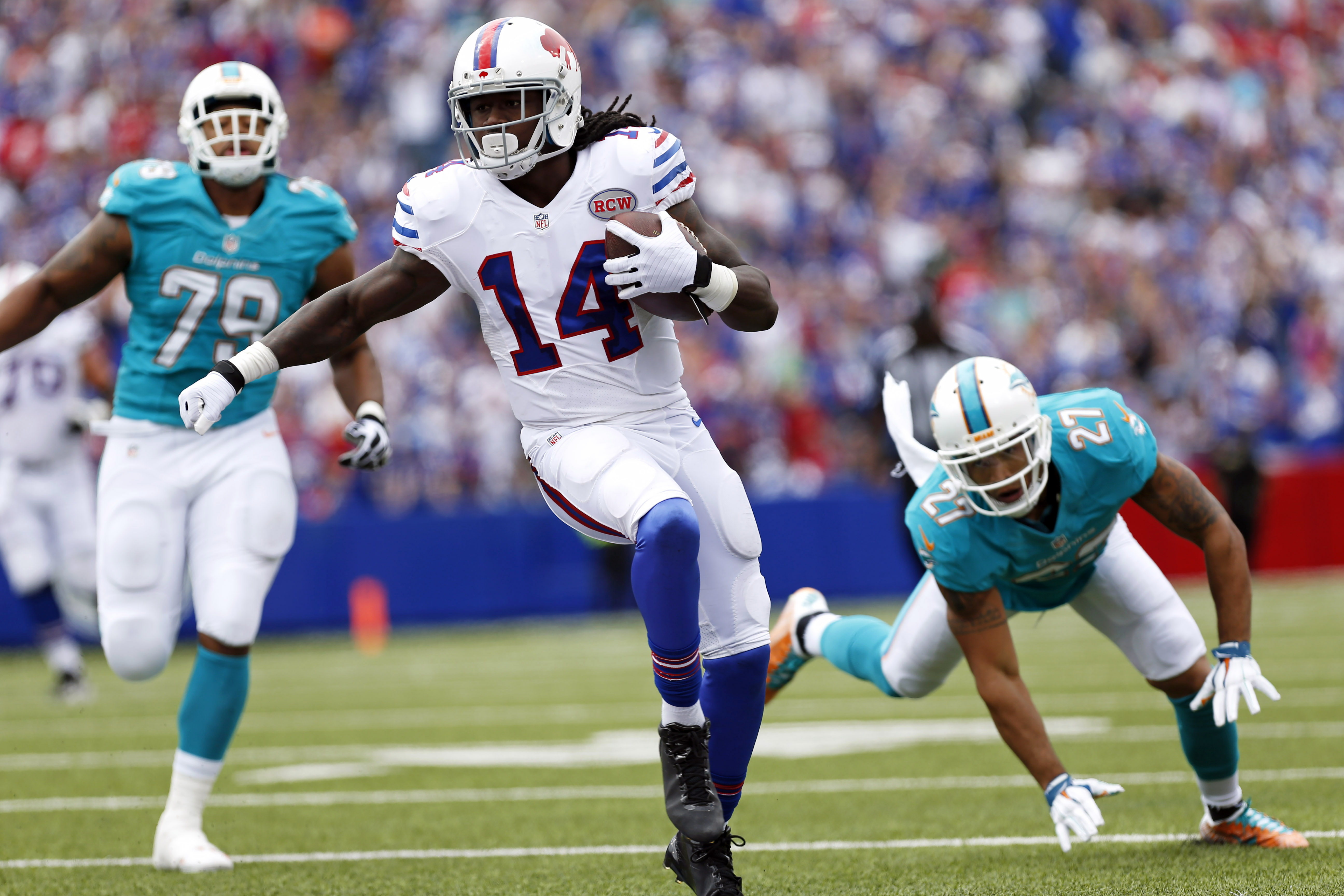 The Los Angeles Rams have traded for Buffalo Bills wide receiver Sammy Watkins and a 2018 sixth-round pick. In exchange, the Rams traded away backup cornerback E.J. Gaines and a 2018 second-round pick. This move finally gives this roster the deep threat that we have been clamoring for all offseason.

Sammy Watkins starred at Clemson, and after being drafted fourth overall by the Bills in the 2014 Draft, he spent the next three seasons struggling with injury, and being on a team that did not emphasize the passing game. In 2016, he played in only eight games due to a foot injury, and only racked up 430 yards and two touchdowns on 28 receptions during that span.

The Rams are trading away a fan favorite in cornerback E.J. Gaines, who struggled to see playing time the past two seasons after a very strong showing his rookie year. This is a vote of confidence in both the ability of Kayvon Webster, and the depth present in the defensive backs room. After it was confirmed earlier this week that Kayvon Webster would be the starter for the season, Gaines’s role looked to be diminished under the new coaching staff. This also looks to be a endorsement of the depth at corner with the likes of Nikell Robey-Coleman, Troy Hill, and Michael Jordan providing much of the depth at the position with Gaines being shipped to Buffalo.

The acquisition of Sammy Watkins gives the Rams a potential number one receiving threat that they have lacked since the days of Torry Holt. Provided he can avoid the foot injuries that plagued his time in Buffalo, Sean McVay can make Watkins into the kind of receiver he was drafted to be. Questions now arise regarding Tavon Austin’s role going forward. While the coaching staff have said all the right things, Sammy Watkins is a better fit as a deep threat than the diminutive Austin, who has struggled with injuries throughout the offseason. Jared Goff and the staff have raved about the performance and presence of Watkins former Bills teammate, Robert Woods, so it is more likely that Cooper Kupp and Tavon Austin see fewer snaps with the presence of Watkins. Will Austin be moved into the slot to make room for Watkins on the outside?

The move is also going place added pressure on receivers like Nelson Spruce and Shakier Ryan, who are on the edge of making the roster, and are now unlikely to make the cut. An already crowded room with 13 receivers on the roster, Watkins brings that number to 14. Even if seven receivers make the 53 man roster, it looks increasingly unlikely that any undrafted free agents will be making that group.

Is Sammy Watkins and a sixth round pick worth trading away E.J. Gaines and a second round pick? The Rams just finished paying off the mortgage of draft picks they spent on Jared Goff, only to give away a second round pick for an elite talent that has struggled to stay on the field. Though by all accounts, Sammy Watkins is healthy right now, as he had his best games at the end of last season, how long will he stay healthy? If Tavon Austin does end up with a reduced role in the Rams offense this year, then why should the team continue to pay him like a number one receiver? It certainly appears that the trade has created more questions than answers for the Rams going forward.

Please tell us what you think of the trade. Do you think the Rams made the right move?