In 2016, the Los Angeles Rams selected Tyler Higbee  in the fourth round. When Higbee initially joined the Rams he struggled to see the field. His early role was to work alongside starting tight-end Lance Kendricks.

After one season as a backup, Higbee rose up the ranks of the Rams depth chart earning a starting tight-end spot. However, the Rams employed a two-tight-end system where both Higbee and Gerald Everett were featured and neither was the clear cut starter.

In 2021, that will all change. The Rams decided to cut ties with Everett, leaving Higbee as the clear cut number one starter. Behind Higbee are only Brycen Hopkins and Jacob Harris.

The Rams had the chance to re-sign Everett this offseason. However, they elected to put all their chips in Higbee’s basket.

For Higbee, earning his new role was never a sure thing. He had to prove his talent and worth to the Rams time and time again.

One season after Everett joined the team it seemed as if he had surpassed Higbee. Everett demanded 50 targets from quarterback Jared Goff compared with Higbee’s 34. That 2018 season was difficult for Higbee who looked to be on his way out.

Whether it was a lack of willingness from Goff to throw the ball Higbee’s way or a third-year slump, Higbee’s future was bleak. After a rough season in 2018, Higbee was motivated to get his career in Los Angeles back on track in 2019.

Through the first half of his 2019 campaign, the struggles continued. Everett demanded 56 targets through the Rams first nine games while Higbee demanded only 27. That all changed in week 11. Everett went down with a knee injury which left the door open for Higbee to step into the full-time starting role.

In Everett’s absence, Higbee blossomed. In the Rams final six games, he was targeted 62 times. The Rams tight end hauled in 48 catches for 542 yards and two touchdowns. During that short six-game stint, Higbee was given the opportunity to fill the sole role of starting tight-end.

He showcased the entire bag: he protected the quarterback, opened holes in the running game, hauled in numerous catches, left his coverage in the dust, and found paydirt on multiple occasions.

After his second-half of the season breakout, the Los Angeles Rams rewarded Higbee with the four-year extension that will run through 2024.

With Everett set to return in 2020, the tight-end roles would return to a timeshare. However, Higbee had shown the Rams that he should not be an afterthought of the offense and his numbers were respectable in his fifth season.

Higbee and Everett set a similar pace hauling in 44 and 41 catches respectively.

As the 2020 season came to a close, the Rams had a tough decision to make. With Higbee on contract for the next few seasons, the Rams chose to let Everett find a new suitor in free agency and put the entire role in Higbee’s hands.

Heading into the 2021 season, Higbee is set for a breakout season. With no Gerald Everett and a lot of inexperience behind him, Higbee will be the primary tight end in the Rams offense. Matthew Stafford tends to target his tight-end heavily as Detroit Lions’ tight-end T.J. Hockenson saw 101 targets and hauled in 67-catches for 723 yards and six touchdowns.

Higbee might not be as talented as the former eighth overall pick. However, he has given Rams fans a preview of what he can do when given the starting tight-end role. Therefore, Higbee has the chance to demand over 100 targets from Stafford this season en route to a breakout year. 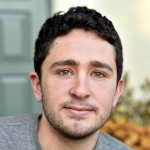