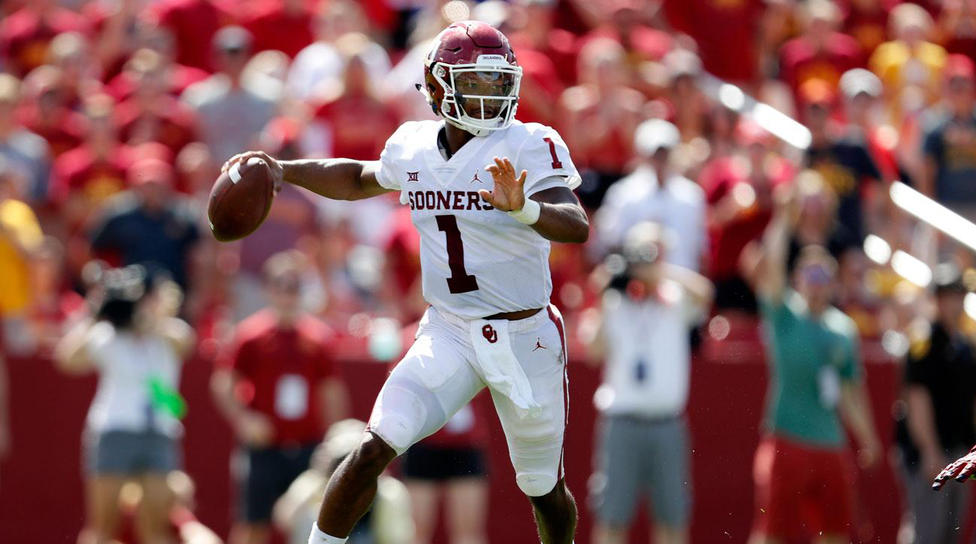 Kyler Murray is one of the most polarizing prospects in recent memory. He’s surely gone from top ten MLB draft pick with the Oakland Athletics to potentially being a top ten NFL draft pick as well. Murray recently chose football over baseball, so where does he stand heading into this draft? 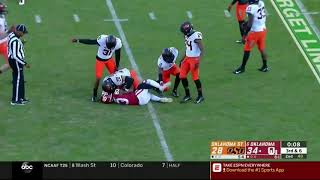 Strengths: Methodical QB that has rare athleticism for the position. Can manipulate the pocket and throw off defenders who plan for what he’s about to do. Calculated mobility and keen awareness to extend plays, finds open targets and stays calm under pressure which allows him to make the right decision more often than not. Very accurate passer with adequate ball placement always in mind. Can make every single throw on the field and has no issue testing the defense deep downfield consistently throughout the game. Throws off platform with total ease. Does a great job of making subtle movements on the run to buy himself time, shake a defender and find a crease. Has home-run hitting ability as a runner. Has no issue finding passing lanes and even throwing over his offensive line in the pocket, despite being one of the shorter QB’s. Can throw the ball at multiple speeds and has NFL-level zip. Throws the ball with anticipation and keeps every play open. Proven winner and leader.

Weaknesses: Short, but overall weight is scary. Gets deep pass-happy and continues to take shots downfield even when they aren’t working. Can be baited into throwing the interception, prefers to take a sack, hit or a loss of yards rather than throwing it away. Did not play under center in college. Tends to take too much off of his throws at times which allows defensive backs to go up and make a 50/50 ball an 80/20 ball for them. Overall the biggest hole in Murray’s game is going through his reads without being locked onto one receiver.

Best Fit: Murray’s best fit is with an offense that is willing to utilize every single bit of his strengths. Look, if you are a team that is too scared to have him take off and run, you are just going to limit his potential. It’s a risk with his overall body composition to take him early in the draft and make him your franchise QB just off the potential he gets hurt. However, his best fit will be with a team that uses a zone read scheme, shotgun formation, mixes in RPO’s and designs QB runs. Murray can become a star in this league but he needs to stay healthy and be utilized the right way. That is a lot easier said than done.

Player Comparison: Legitimately do not have one. Kyler is one of a kind because he isn’t just one player. He’s a methodical player, he runs when he has to and has elite athleticism. The cliche picks would be Michael Vick, Russell Wilson, Lamar Jackson, Baker Mayfield and Fran Tarkenton but I legitimately can’t find a player comparison for Kyler Murray and I don’t see that changing. Credit his unbelievable combination of improvisational skills, mobility and arm strength.