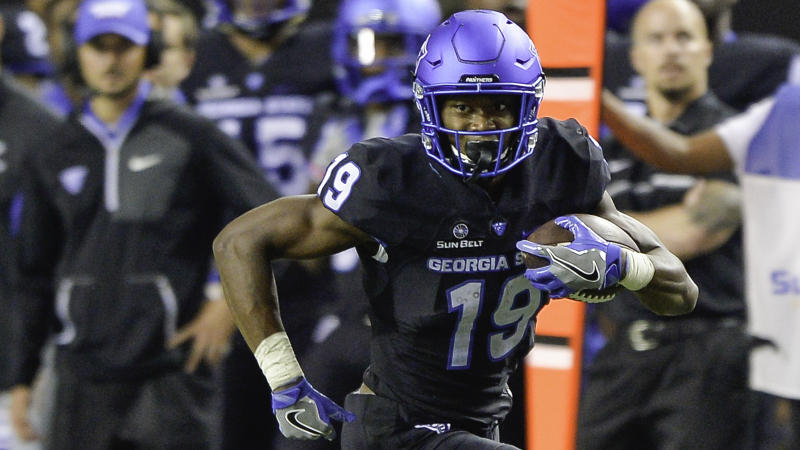 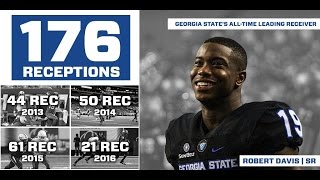 Robert Davis was a four year starter at Georgia State University, making history as the school’s all-time receptions and yardage leader. Georgia State alumni, and current Kansas City Chiefs wide-reciever, Albert Wilson, would learn that from Davis accomplishments, he no longer held the school receiving records. Davis was the teams second leading receiver in yardage, his freshman year at Georgia State. Georgia State continued to schedule themselves against the tougher competive schools representing the conferences of the Big-10, Pac-12, ACC, and Conference USA. Davis seemed not be phased by the bigger programs that Georgia State scheduled, but only increased his talent against the greater competition. His best outing came against the University of Wisconsin, hauling in eight receptions for 93 yards and a touchdown. Davis compiled a total of 222 receptions for 3,391 yards and 17 touchdowns. However, what is mostly important about his stats, are the ones that he compiled against the major programs with 104 receptions, 1,616 yards, seven touchdowns, and a 15.32 average yards per reception. The major programs  he faced was the University of Oregon, University of Washington, Clemson, Air Force, University of Wisconsin, and Alabama. A physical and tough receiver who posted a mid 4.3 seconds in the 40 yard dash. Davis is the cousin of Thomas Davis, who currently plays linebacker for the Carolina Panthers.

Explosive leaper with the size and strength to win in contested situations.

Has ability to win the 50-50 jump ball situations.

Great acceleration with a sneaky burst of speed to outrun defenders in the open field.

Great route runner, explodes in and out of his routes creating separation from defensive backs.

Locates the ball and very effective with back shoulder fade routes.

Great vision and balance tracking the ball over his shoulder.

When forced to make adjustments, has occasional drops.

Hands are smaller then receivers his size

Need to work on catching passes at its high point.

Need to better himself shielding the defenders off with his body.

When running routes tends to get caught in traffic and sitting down in soft spots.

Can benefit working on moves for press coverages.

Davis built is comparable to the two former Rams receivers Kenny Britt and Brian Quick who signed with other teams this offseason. However, Davis has great leaping ability, and a very physical receiver that Quick never panned out to become. He can be a immediate red zone target and does not shy away from contact. His height and weight is the pro-type that will play big in this Rams offense. He was not on the radar of many teams at the combine, but has became a familiar buzz as of late. 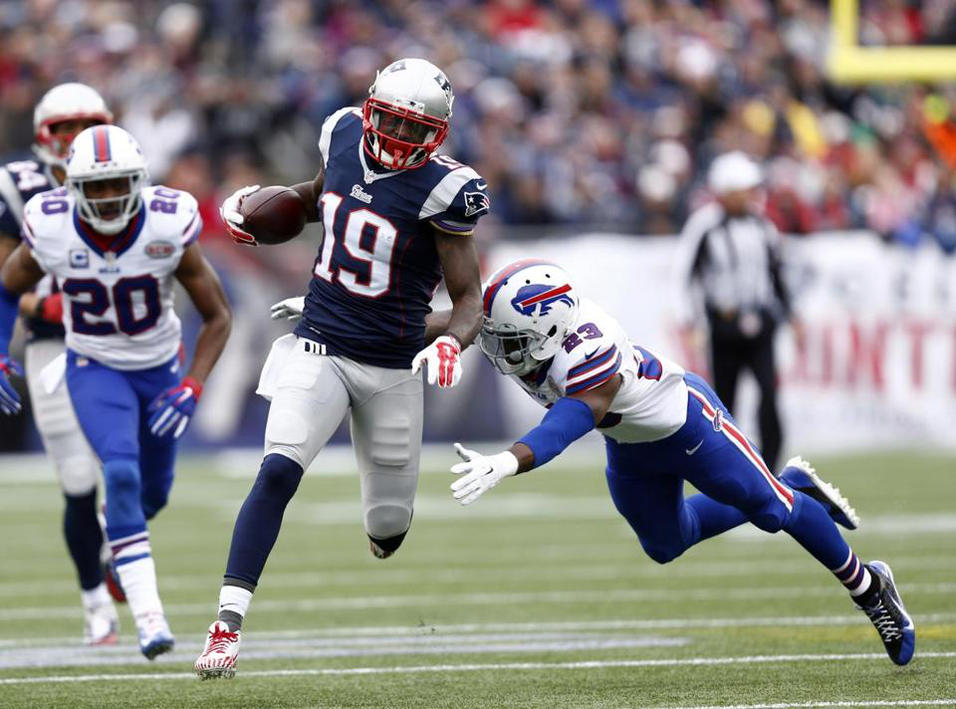