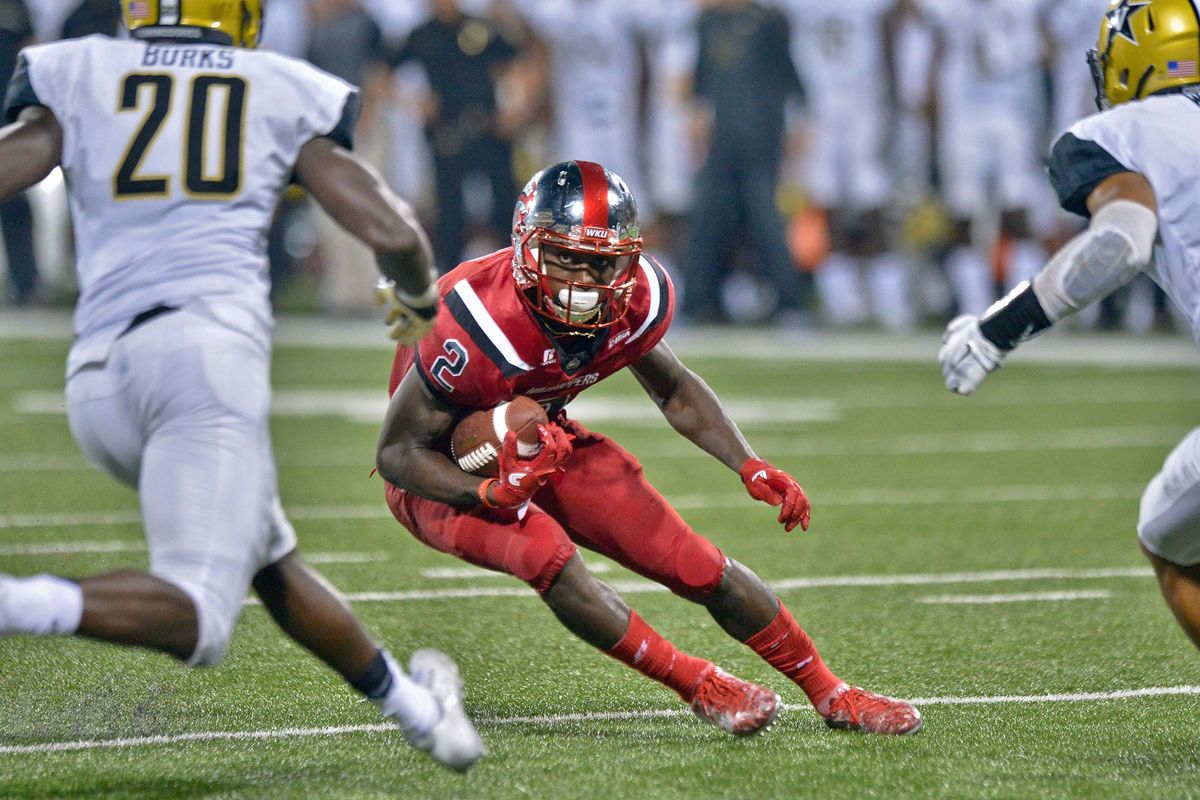 Taywan Taylor is this year’s wide receiver prospect that should be a household name but yet no one has a clue who he is. Taylor has one of the highest floors in this draft for the receiver position and flashes brilliant route running, head fakes and field stretching ability. Taylor should, and probably will be a day two draft pick in April.

Strong and able to break tackles if need be

Has awareness of the sideline in mind

Produced at a high level in college

Doesn’t have the long speed to run away from defenders

Tends to let ball into his body at times

Taylor fits Sean McVay’s system in Los Angeles. Yes, he isn’t a big bodied WR and McVay did mention he likes to have different types of WR’s in the building. However, McVay also mentioned he wants receivers to be able to run clean routes and that is one thing Taylor can do. At Western Kentucky Taylor just wasn’t given the ability to show the different bunches of routes he can and will have to run at the next level. With the recent free agent acquisition of Robert Woods there is still a starting spot across from him but the key with McVay is that he wants to have his parts on offense interchangeable. Woods has shown the ability to play inside or out and the same can be said for Tavon Austin, Pharoh Cooper and Taywan Taylor. 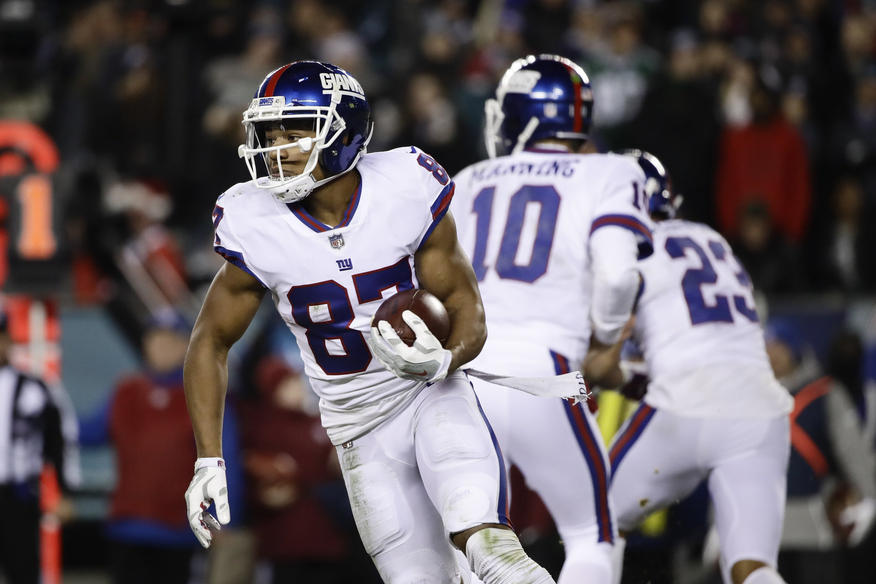 Sterling Shepard was a second round pick I fell in love with towards the end of the draft process…Sounds like how I feel about Taywan Taylor. Regardless of that both ran similar 40 times, both had the same type of body and both run smooth routes. I labeled Shepard as the safest WR last year and I wouldn’t necessarily do the same with Taylor because Chris Godwin exists but he would probably be the second to me. Taylor and Shepard can both play inside or out and break defenders ankles. Shepard may have a little more of the contested catch ability than Taylor but I could see Taylor developing that later on in his career. For now I think Taylor compares well to Shepard. I’m sure Taylor wouldn’t mind hearing comparisons to Shepard and he especially wouldn’t mind having the type of rookie year Shepard just had.