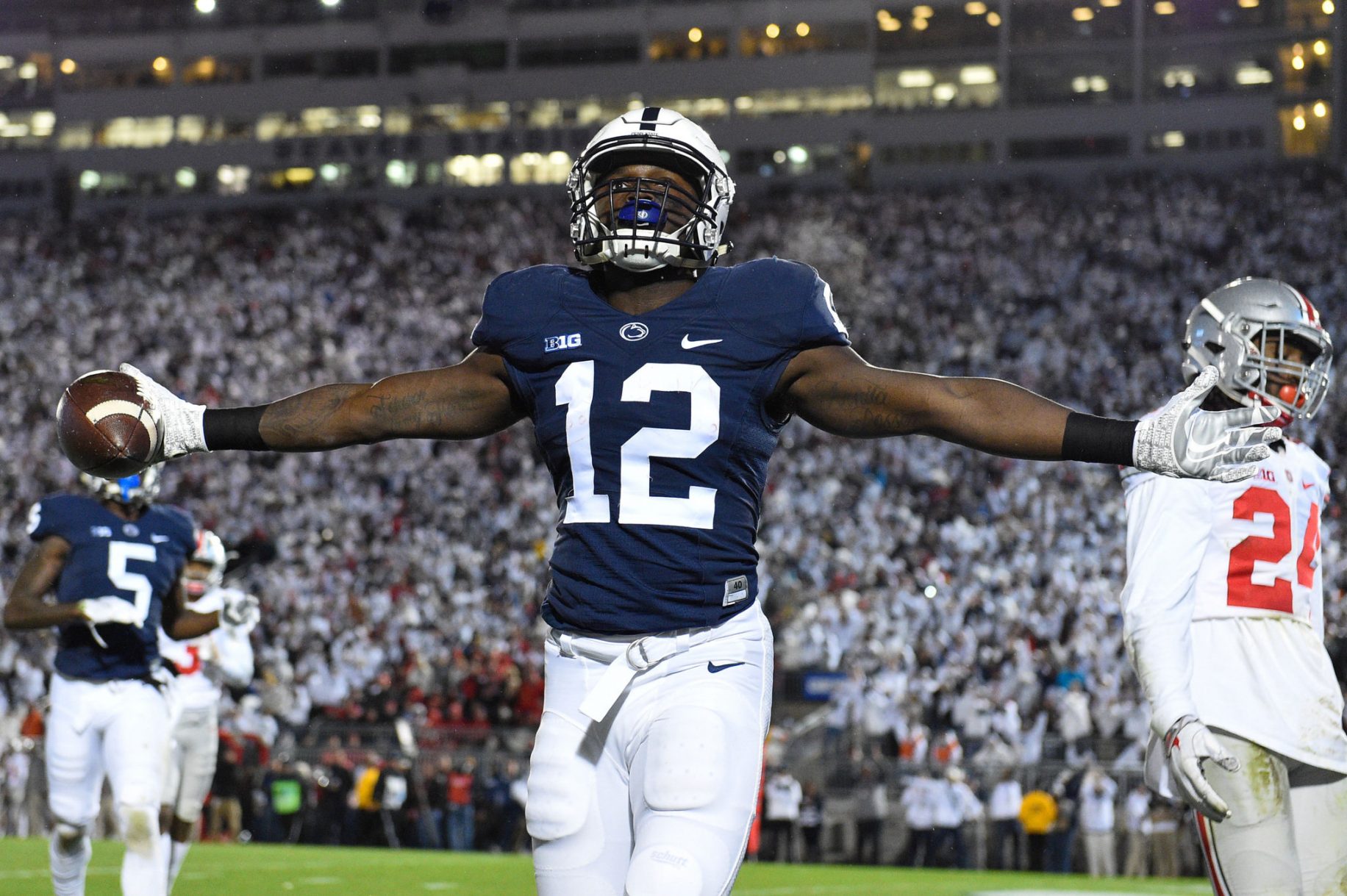 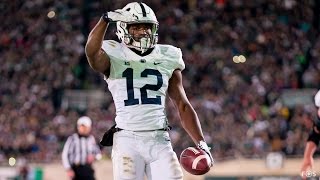 Godwin was a one man army at WR for Penn State. He flashed NFL ability all over the field and at many moments in the season he put the team on his back. Godwin had a blistering performance versus the USC Trojans in the Rose Bowl where he practically took over that game himself until USC came back to win. Godwin exploded onto the scene at the combine posting a 4.42 forty yard dash and conquering all the on-field drills with ease and showing off his natural catching ability.

Willing to fight for every yard after the catch

The most natural hands catcher in the draft

Ability to go up and high point the ball

Has a willingness to block and continue to engage

Shows tremendous ability to improvise and help out his QB

Runs through tacklers like a running back at times

Able to quickly accelerate in and out of breaks

Needs to be aggressive when blocking; can get too passive at times

He needs to consistently be an improviser; in Rose Bowl he stopped and let the cornerback undercut him for a huge game losing interception

Chris Godwin is one of the high rising WR’s in this draft. He is coming off a tremendous combine performance where he basically checked all the boxes. As you can see he’s a pretty well rounded WR with very few weaknesses. One of them before the combine was to see if his speed and tape matched up. He confirmed it did at Indianapolis. Godwin can start day one for the Los Angeles Rams. I believe he may not be everyone’s ideal pick but this kid is clearly going to be a very good WR for a long time. Godwin is one of the more safer receivers in this draft and he comes from Penn State’s offense that has shown the ability to develop solid WR’s at the next level — most notably Allen Robinson. Godwin has prototypical NFL receiver size and to go with that he runs in the 4.4’s which could make him a deep threat to go with Tavon Austin and Pharoh Cooper. The Rams would sure love to add a player like this that can catch and make plays on the outside especially after being the 32nd ranked offense. 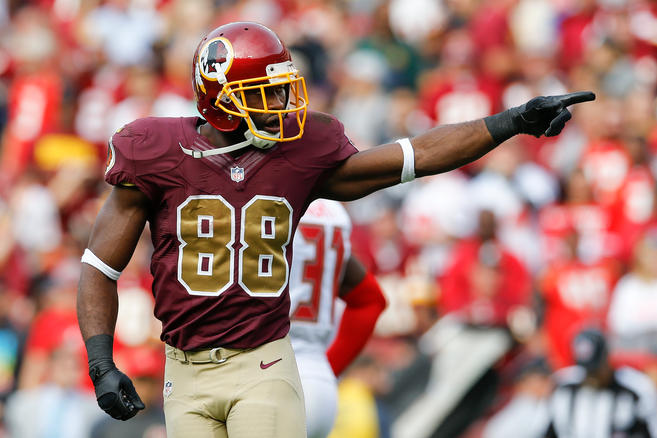 I feel like I have already compared someone to Garcon . . . but he happens to already be in the NFL so I am using my Pierre Garcon draft comparison card here for Chris Godwin. Now, Godwin didn’t come from a division three school like Garcon did but they both measured identically.

Yeah, it’s eerily similar if you think about it. So maybe the Rams don’t need to get Garcon after all and they can just draft Mr.Godwin here. Or maybe they should double up on both? Regardless, Godwin looks primed to translate to the next level easily.