The Los Angeles Rams will take on the Detroit Lions on Sunday. It will mark Jared Goff’s return to Los Angeles after spending five years for the Rams. While the focus will be on Goff, there will be a lot to watch in this game. Here are three key matchups to keep an eye on.

One matchup to watch will be between the Rams’ wide receivers and the Lions’ secondary. The secondary for the Lions have had a rough season so far. They rank dead last in passer rating allowed at 113.8 and yards per attempt allowed at 9.8. This doesn’t bode well against a Rams team that ranks near the top in both categories. The Rams rank fourth in passer rating at 113.4 and first in yards per attempt at 9.1. The Rams also rank second in DVOA.

Look for Matt Stafford and the wide receivers to take advantage of Detroit’s secondary for most of the game. Rookie Jerry Jacobs will most likely be the matchup the for the Los Angeles Rams and Cooper Kupp in the slot. Jacobs has already matched up on a similar player – Adam Thielen.

Jacobs, statistically, won the matchup against Thielen. However, he did give up two big catches at the end of the game that allowed the Vikings to kick the game winning field goal. He also matched up against Ja’Marr Chase last week and allowed five catches for 102 yards.

Cooper Kupp is tied for the lead in the NFL with 46 catches and second in yards with 652 yards. He leads all receivers with seven touchdowns. Expect to see another big day for Cooper Kupp in a similar way to the way Ja’Marr Chase handled Jerry Jacobs last week.

This is one of the more interesting matchups in Sunday’s game. D’Andre Swift is an extremely elusive back, but with the poor offensive line play, he only averages 3.3 yards per carry. Swift has been a solid weapon in the Lions’ passing game. He’s second on the team in targets (42) and has totaled 295 receiving yards so far this season.

Young will most likely be the one to cover Swift, especially on checkdowns. Expect to see Goff check down to his second favorite target throughout the game due to the Los Angeles Rams front-seven against an atrocious offensive line. Swift is a back who can plant his foot and change direction quickly and plays with physicality to go along with his elusiveness and speed. It’s extremely important for Young to wrap up and tackle well in space so that Swift can’t get loose for big yardage after the catch.

Return of the Jedi? Not necessarily.

Jared Goff’s return most likely won’t be as entertaining as Return of the Jedi, even though he said he’s “motivated” to play the Los Angeles Rams. He’s playing some of the worst football of his career at the moment on one of the worst teams in the NF. It’s only fair to point out that Goff has had almost no protection or playmakers around him.

Goff has only thrown seventh touchdowns this season to go with four interceptions. Despite having a poor wide receiver room and playmakers, Goff is still completing over 66% of his passes. However, he has a QBR of 33.0 for the year.

Revenge of the Sith? Yes.

On the other side of the field, Matt Stafford is one of the frontrunners for the MVP. Stafford has already thrown for 1,838 yards, 16 touchdowns and has a QBR of 74.9. He’s taken the Rams’ offense to new heights. They’re ranked fourth in passing offense and eight in total offense. Stafford will outduel Goff and the numbers most likely won’t be comparable in any sense. Expect Stafford to have a stellar revenge performance against his former team. 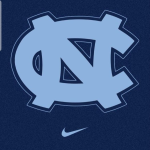