The Los Angeles Rams held onto an ugly 17-9 win on Sunday and in this win, we saw some players get a boost in playing time. Here are the official snap counts for the Rams yesterday. 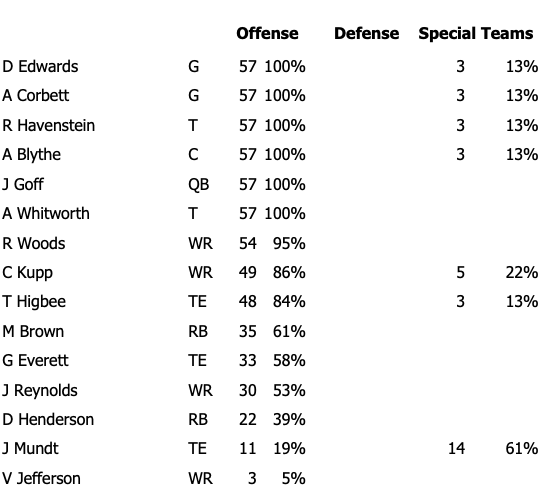 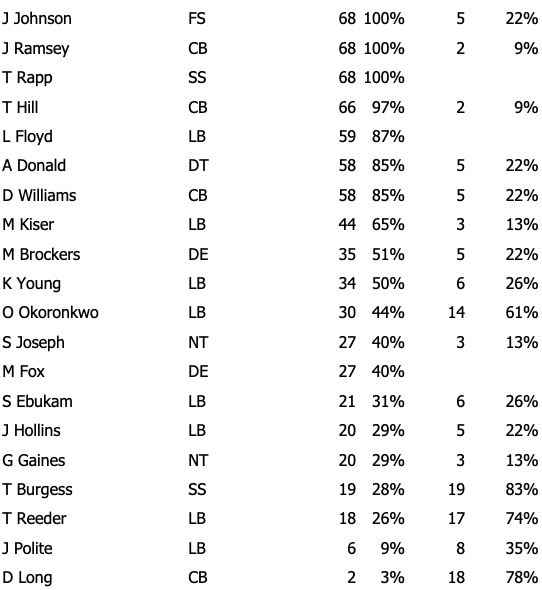 Notice how Malcolm Brown out-snapped Darrell Henderson by 13 snaps in this game following back-to-back impressive weeks. It was a little shocking but maybe not as much as Van Jefferson getting out-snapped by Johnny Mundt. Jefferson coming into the season looked like the third wide receiver and now week through week four, we’ve seen back-to-back zero catch games from the rookie out of Florida. Micah Kiser was shaken up in this game which is why his numbers aren’t higher and Ogbonnia Okoronkwo finished with nine more snaps than Samson Ebukam. Justin Hollins got some good work in with 20 snaps and Greg Gaines finally hit the 20 snap mark in addition to that. David Long even saw two snaps in this game and Jachai Polite improved his snap total by five in this one.

The Rams are still trying to figure out which pieces go where and that will continue on throughout the season as rookies step up, veterans struggle and overlooked players start to emerge. Still though, week four, this is interesting to see guys like Okoronkwo improve their snap count like that. Now, insert Terrell Lewis and Cam Akers and you are going to see an interesting disparity at both the outside linebacker and running back position.