With fantasy drafts in the rearview, I wanted to take a look at the LA Rams and make my case for who I think will be the top 5 highest scoring players on this offense (PPR scoring; skill guys only).

Gerald Everett shouldn’t be forgotten. In weeks 5-9 last year, he had 3 games of at least 10 targets. It was only after he went down in week 12, that Higbee took over. Keep an eye on the first few weeks and see how the target share works out with these guys, but Everett could be a hot waiver wire pickup mid-season.

Van Jefferson could carve out a nice role for himself in this offense, but with all of the WR weapons the Rams have, he’s gonna need some more time to crack this list. But, don’t be surprised if he takes over WR3 duties at one point this season.

The Rams forgotten third man, Josh Reynolds has been with the team since McVay’s first season and has played behind guys like Sammy Watkins (2017), Robert Woods, Cooper Kupp and Brandin Cooks, so he really hasn’t had much of a chance to breakout. But, when given the limited opportunity, like after the Kupp injury in 2018, he’s shown he’s capable of being a nice compliment to the leading guys on the team. Does this mean he should be drafted? No. The 5th best fantasy player on the Rams isn’t really a hot pickup. But hey, the list has to start somewhere.

I was ecstatic when the Rams took this guy in the 2nd round. He ran behind a terrible offensive line last year (ranked bottom five in the entire country; real bad) and still managed to produce tons of highlights and finish the year with 18 total touchdowns. The electric rookie RB from FSU has been getting some nice praise out of training camp and yes, this backfield is crowded, but I believe he’s gonna rise up out of this committee and take over. In this offense, he’ll be worth the top-60 draft pick (per ESPN rankings).

I don’t have to tell you how good Tyler Higbee’s breakout was last year. From weeks 13-17 (5 games), he was the TE1 with 107.2 points. For context, Travis Kelce was the TE2 with 84 points over that span. It was an anomalous year for the 4th year TE, but with the changes that McVay made by switching to a 12 personnel system, something a lot of people expect to continue this season, the breakout is for real. If you snagged Higbee at the back of the 9th round (end-ADP per ESPN), I can’t imagine he doesn’t produce. And produce big, for that matter.

I know that a lot of people who rostered him last year feel slighted after he went from the WR2 over the first 8 games of the season to WR21 the last 8 games of the season. A lot can be said about this drop-off he experienced, but I believe most of it was due to the offensive switch McVay made mid-season. Instead of Kupp playing slot, which is where he’s made all of his damage throughout his career, he moved to the outside. Now, with the offense projected to stick with a 12 personnel, don’t let that scare you off of him. With an entire offseason for McVay to scheme a two-WR set, I expect lots of targets to be made for Mr. Kupp (McVay’s second draft selection as an HC in 2017). He will absolutely return on his ADP of #40 overall, per ESPN.

Yes, yes he will be the highest scoring skill player for the Rams and you can’t change my mind. This might be perceived as a hot take, seeing as how Kupp is being drafted ahead of Woods. But if you look at those last 8 weeks of the season, the same time that Kupp had his “fall-off”, Robert Woods was WR6. He was WR22 during the first half of the season simply because the touchdowns were just, not there. Seriously. He scored two touchdowns on 139 targets. That’s beyond outlandish. I mean, look at his back half of the season:

Those are crazy stat lines. What that shows me is that the touchdowns will positively regress this season. I’m all in on Robert Woods. For a dude that you got in the 4th round, he’s gonna be a WR1. 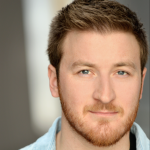