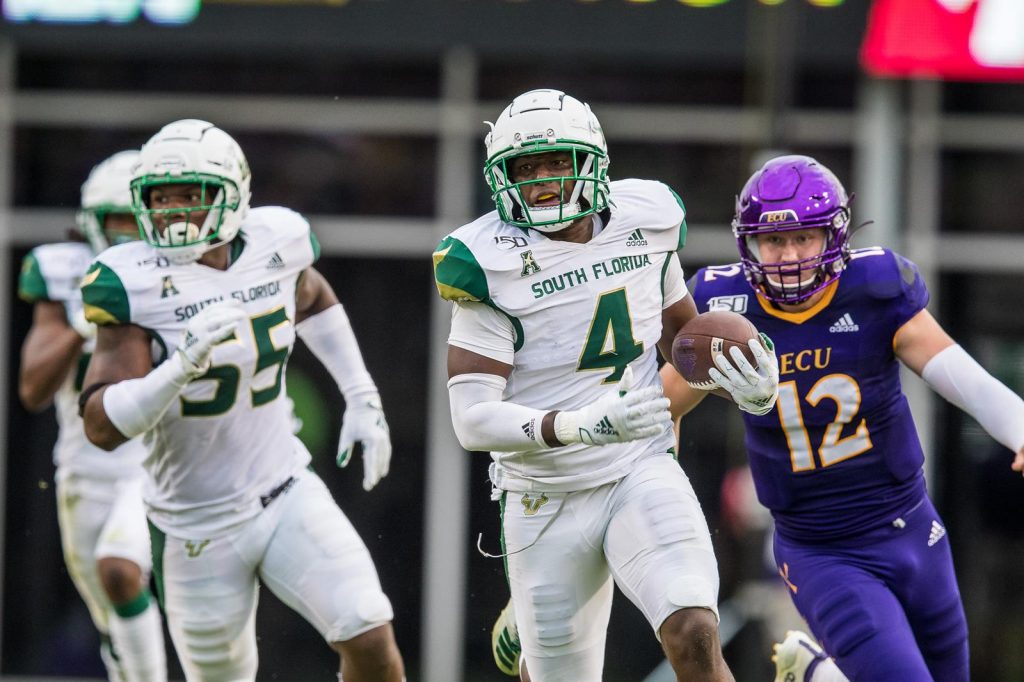 It’s unfortunate but due to the COVID-19 crisis, the NFL has had to take steps in preventing the dangers of the virus and cancel the preseason. This, of course, hurts players like the four mentioned above a lot. Unable to compete this year in preseason, these four UDFA’s will have to hope a team or maybe even the Rams themselves scoop them up onto their practice squad. The practice squad has been extended to 16 players so this could be the Rams way of sneaking these guys onto that said practice squad.

Daniel Bituli is a linebacker out of Texas that signed late in the UDFA process. James Gilbert is a bowling ball style running back out of Kansas State that has a very similar running style to former Ram Benny Cunningham. Greg Reaves is a talented and versatile edge defender out of South Florida that will likely stay in-house and be placed on the practice squad and Sam Renner is a former walk-on at Minnesota that carved himself a key spot on their defensive line and remained an interesting darkhorse to make the Rams roster this season.

It’s not necessarily a goodbye for all four of these guys as they will likely have to wait until practice squads are opened up but if it ends up being that way, you can thank COVID-19 or potentially even the league for forcing 10 cutdowns when the roster is already bigger than it’s ever been before.

Los Angeles Rams: Who Will Earn the Punt/Kick Return Duties?