The Los Angeles Rams new stadium and practice facility are still under construction as the team is getting ready for the 2020 season. Earlier today, the team released the first images of the locker room at the practice facility. Here take a look:

This is at the practice facility btw. Here’s the video from the rams main website. https://t.co/VlT6Afkiwg pic.twitter.com/btX1SKI0SJ 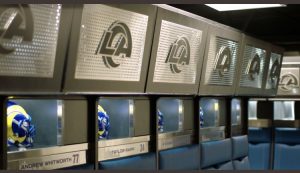 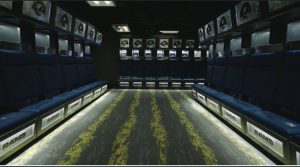 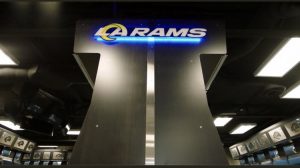 This will be the first time that the Rams will have a space that they can call their own since being in Los Angeles. From the initial look, the locker rooms look really nice and classy. Each player already has their nameplate up with a spot for the helmet above as well as the Rams logo on the wall. It’s pretty obvious that this is the Los Angeles Rams locker room.

The NFL has canceled mini-camps through the month of June, but hopefully, the team will be able to get a first-hand look at their new facility shortly.

If things run according to plan, the Rams will open up So-Fi Stadium for the regular season against the Dallas Cowboys on Sunday night football. It will be the first time that the two teams have played in Los Angeles since the NFC Divisional Playoff Round.

What Kind of Backfield Duo Could Rams’ Cam Akers & Darrell Henderson Look Like?