With a few early Thanksgiving Games we gave you those picks early via social media. Make sure you follow @DowntownRams & @JIso57 to stay on top of all of the picks!

Rams Pick of the Week: Rams (-3) v. Cardinals (-104): Last week the Rams’ game hit the over, but that had little do with the Rams. After the embarrassing lost to the Raven, who may be the best team in the league, the Rams’ season is on the line this week. The Rams will need to be both lucky and good to make the playoffs, but a win against the inferior Cardinals is a must. Unlike Lamar Jackson and the Raven’s offense, the Rams should be able to contain the Cardinals offense with the defense.

Monday Night pick of the Week: Seahawks (-3) v. Vikings (-108): Russel Wilson is having an MVP-worthy season and is leading the Seahawks to an amazing season. The Vikings have played well this year but are the inferior team. Both teams really need a win this week and I think the better QB and better head coach will take this home game and turn it into a victory. The Vikings squeaked out a win against Denver last week but will need to play much better in order to compete with the Seahawks. At 8-3 the Vikings are still alive to win the division and have the lead on the second wild card spot. The Seahawks are 9-2 but also find themselves slotted into a wild card position. AFC Pick of the Week: *ODDS BOOST* Lamar Jackson to record 3 or more Total Touchdowns & Ravens to Win (+250): Here is our “fun” pick of the week. Lamar Jackson is very good, as we all saw last week, and can score multiple ways. While the 49ers defense is very good (and the primary reason the team is in 1st place) there is no stopping the Ravens’ offense. In recent games against the Seahawks and Cardinals (2 games) the team let up over three scores and I think the same will happen in this match-up. Jackson can score through the air and on the ground. Look for the Ravens to set up the run and take advantage of it all day long. If you like Jackson, this is the bet for you! Three total scores and a WIN! To comment on the win part, the 49ers offense is not good enough to keep up with these Ravens’ offense against a good Ravens’ defense. 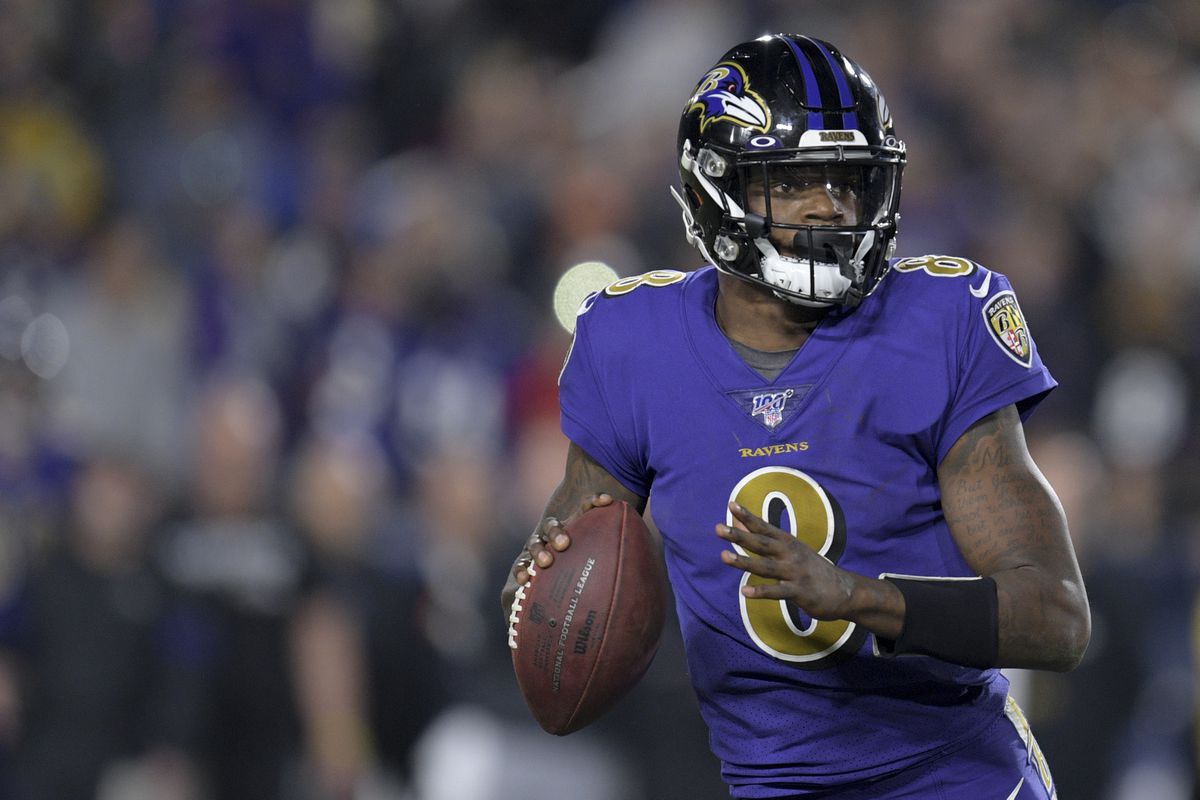 NFC Pick of the Week: Packers (-6.5) at Giants (-110): As referenced above the Packers are leading the NFC North but are being pressured by the Vikings who have a challenging match against the Seahawks. Unlike the Vikings, the Packers are playing one of the worse teams in the league. While the Giants have played better as of late, they haven’t play serious competition. The Packers got embarrassed last week and  need to turn things back around. Rodgers is a Hall of Fame caliber quarterback and needs this win to stay competitive. A touchdown win shouldn’t be asking to much from this Packers team.

With Jojo Natson Out, Who Will The Rams Use to Replace Him?

The Morning After Painover: Cam Akers and the...