The Rams are back and we’re set to keep going!

Rams Pick of the Week: Rams (-3.5) at Steelers (-110): The Rams are ready to go after a week off. Sean McVay has traditionally had a winning outcome coming off rest. I see this trend continuing against an average Steelers team. The Rams defense has started to look better and should control this struggling Steelers offense. Rams to win and cover. Teasing this game gives you positive points.

*Bonus Pick! Todd Gurley to score! (No odds out yet). Gurley has now been well rested for a few weeks and look for this to be a coming-out party for one of the best Runningbacks in the league! 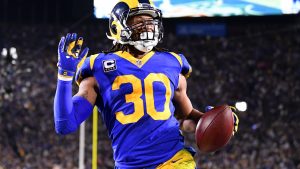 Thursday Night pick of the Week: Chargers at Raiders OVER 48 (-113): The Chargers and Raiders, the almost LA partners. The Chargers have largely been a disappointment, but have been looking better as of late. The Raiders, on the other hand, have been better than projected. The Chargers put up 26 points against the Packers last week as the team changed coordinators. The offense is also benefiting from the inclusion of Melvin Gordon and Austin Ekeler in the run and pass game. The Raiders defense, which hasn’t been special, should give up enough points to the Chargers to cover the over. In each of the last 5 games, the Raiders have scored 24 or 31 points, their offense should continue to be able to score in that range this week against an average Chargers defense. This is also a great teaser bet. 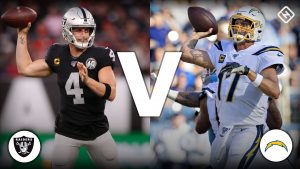 AFC Pick of the Week: Buffalo (+3) at Browns (-115):  Poor Bowns, a three-point favorite at home against a team that is better with Josh Allen. Josh Allen, who, unlike Baker, has had a promising season. The like the Bills to win outright, but I’ll take the points for terms of the bet. The Bills are still in playoff contention with their 6 wins and another win this week puts them in a good position to maintain its wild card spot. 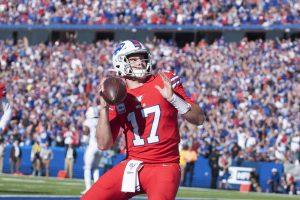 NFC Pick of the Week: Tampa Bay v. Arizona – First Half Spread (-2.5) (-127): These part game spreads have been going well for DTR so we wanted to include another one. Coach Arians is playing his old team and has proved to be a well worthy match against NFC West teams this season. Tampa is the better team and has put up some good performances even in some losses this year. Look for Arians to rally the 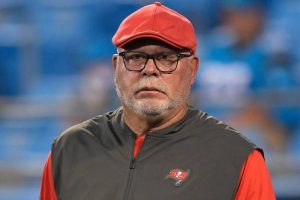 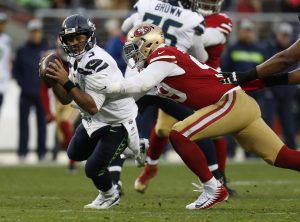