What a great week of football! The Rams won, we made some money, and football season is fully here! 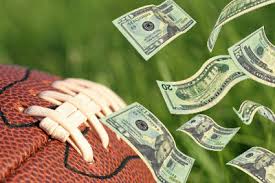 Last week we had some wins and some misses. Rodgers and the Seahawks let us down for sure, but we will make our money back on them in due time!

Rams pick of the Week: Saints at Rams OVER 52.5 (-110). The rematch is here! Both the Rams and Saints beat good teams in the first week of the NFL season and tension is high rolling into week two. Sean McVay and company is on a mission to prove to everyone that the Rams’ NFC Championship win so not a fluke. Both Goff and Brees had ups and downs in week one and should look much improved in week two. Neither defense looked amazing week one, and I fully expect each of these QBs to lead their teams to multiple touchdowns. Goff and Brees will continue to be linked throughout their career and this will be an exciting week for both of them.  The over should hit here in what is likely to be a very fun matchup. 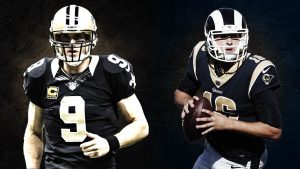 Thursday Night Pick of the Week:  Bucs at Panthers  – McCaffrey to score AND win (-139). McCaffery is a stright up STUD! The Panthers should beat their struggling rival with little issues and McCaffrey will be sure to eat! If he could excel as he did against the Rams’ defense, he should have no problem finding the endzone in a primetime Thursday Night game. McCaffrey is trying to show the league he’s one of the best in the league – and he’s about to prove it. Take McCaffrey to score in a Panthers win. 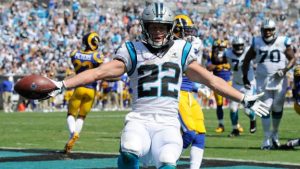 AFC Pick of the Week: Chargers (-2.5) at Lions (-110): The Chargers looked good last week even without Melvin Gordon and should have no problem beating a mediocre Lions team. Even though the Chargers let up a few points to the Colts in the Week One win, they should look better in week two. The Chargers offense shouldn’t have issues scoring on a Lions team that tied the Cardinals in overtime. Rivers is looking for a deep playoff run and will not let the Lion’s The Chargers should cover in a game that should be tagged in many teasers and parlays. 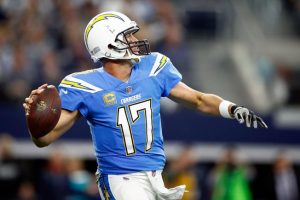 NFC Pick of the Week: Seahawks (+4) at Steelers (-110): Okay, I know, the Seahawks let us down last week in their close victory against the Bengals. But did you see the Steelers? They struggled to do anything besides embarrass themselves. While I think both teams will look much better in Week Two I like the Seahawks to cover if not win. The Seahawks will not get points often this year and in a game between two teams who want to make the playoffs, I see it being a very close finish. This is a great game to tease in a parlay. 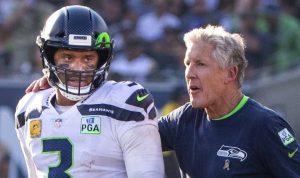 Monday Night Pick of the Week: Browns at Jets – First Half UNDER 22.5 (-103). Due to the fact that the game is on Monday many of the plays that will be available are not yet available. Neither offense looked good last week as both the Browns and Jets failed to score 20 points. I see the first half of the Monday night game also being slow and will take the under in what should be another close game for the Jets. The Jets defense didn’t look terrible last week and the Browns defense will look to prove it is not as bad as it played in week one.  I like Baker and Sam and hope they both have a long and strong career, but I don’t see this game being as exciting as the Texas/Saints game of week one. 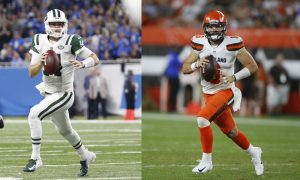 CFB Pick of the Week: Ohio State at Indiana OVER 61 pts (-110). This Big10 Showdown is sure to a shotout. Ohio State is one of the best teams in the country and Indiana is very underrated in its own rights. Both teams average 43 points a game (actually Indiana averages 43.5) and I see this game continuing that trend and there being a lot of points scored. This is going to be a fun watch and a good game to gamble on. 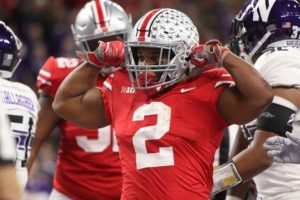 Rams Futures Bet Tracker: *Since the season hasn’t started yet Draftkings does not have all of the future lines out – so this will be updated of course.*
Rams to win Super Bowl: (+1100)
Rushing Leader: Gurley (+1200)
Passing Yards Leader: Goff (+2000)

Los Angeles Rams: Week 2 Stock Up, Stock Down vs. Saints