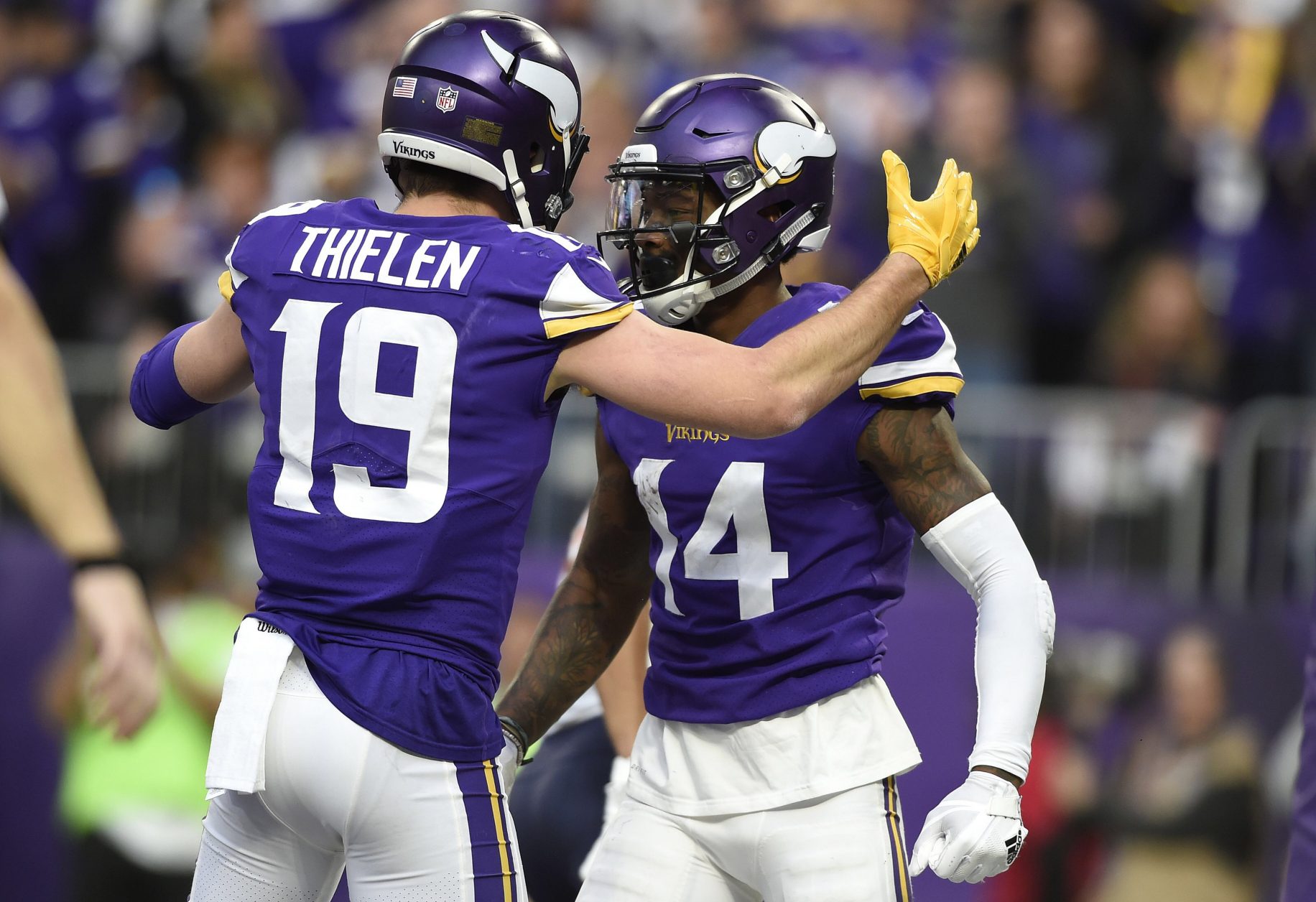 Most people will disagree with having the Vikings as the top PPR offense. Although if you look at their weapons on offense it’s hard to see why they won’t be. For example, you have two of the best route runners in the league in Thielen and Diggs that can create space that even a 10 year old can throw to. They also have a great downhill runner in Cook that can make a defense pay as long as he stays healthy. Plus he can catch the rock and get the PPR points that fantasy owners crave. The Vikings also have a quarterback in Kirk Cousins that has never thrown for under 4,000 yards since becoming a full time starter. Cousins had also had over 93 QB passer rating since becoming a full time starter as well. This coming from a Vikings offensive line that was ranked 23rd for efficiency. Don’t fret fantasy owners, the Vikings addressed their O-Line in the draft by getting Garrett Bradbury which should help Cousins get to that next level. Look for this year to be the year the Vikings have top 10 fantasy players at every position. 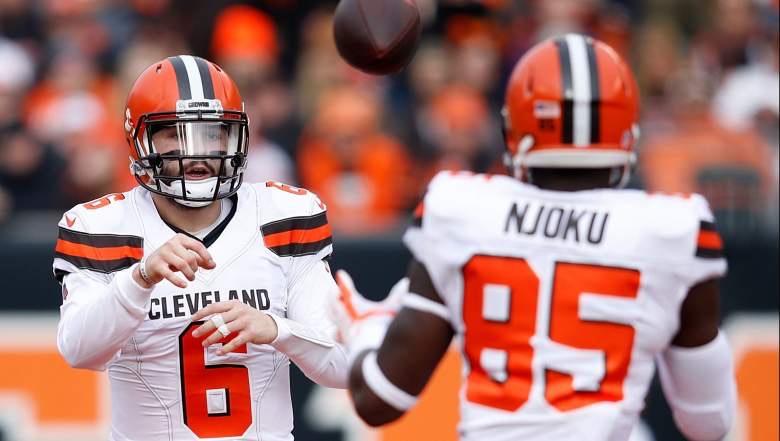 Baker Mayfield showed the NFL that here’s he to play and make the Cleveland Browns a team to be feared. With the addition of superstar wide receiver Odell Beckham we can see this offense take to new heights. Especially now that Odell has a quarterback that can throw the deep ball and throw an accurate pass. Plus with the PPR slot demon in Landry benefiting from Odell we can see him getting even more open looks to help lessen teams from stacking the box. This in turn will help Chubb wreck havoc on opposing defenses as he runs his catches his way to a top 5 fantasy slot. The Browns are not overhyped and they are gonna show it with a team of top 10 fantasy players. 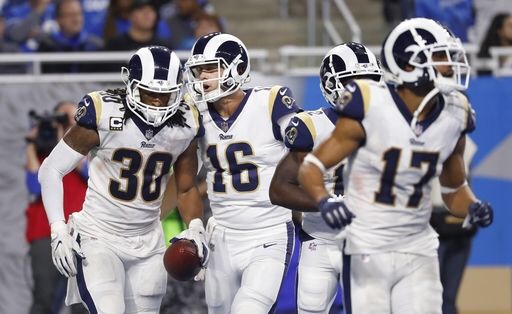 This Rams offense almost hosted a receiving core with three 1,000 yard pass catchers. If Kupp hadn’t had that mishap against Seattle in week 10 we would of seen this historic mark reached. Fantasy owners may be skeptical about this offense with the emergence of Gurley’s knee disorder but with the help of limiting his workload this offense will be just fine. Fantasy owners will be hoping for this offense to incorporate the tight ends more to make this team more enticing. Yet, even without a viable option for a tight end this team has no one outside the top 15 in fantasy scoring besides Kupp and his injury. 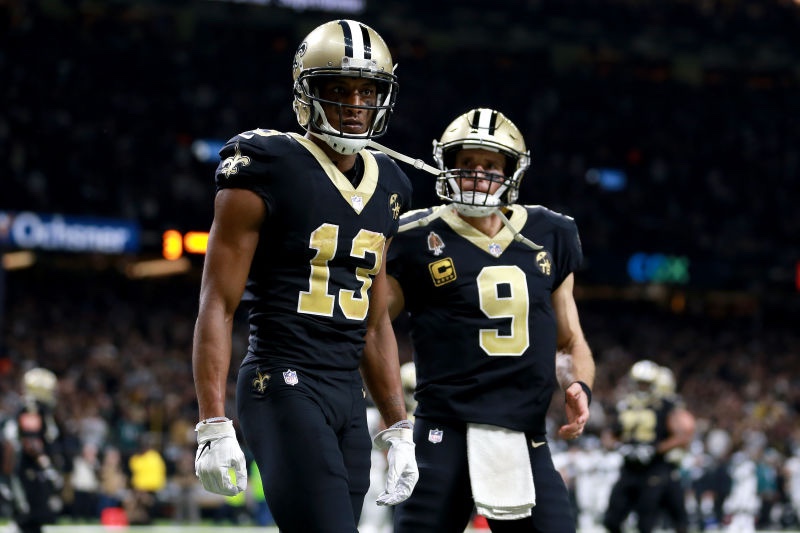 Drew Brees may have thrown for his second lowest passing yardage in his career in 2018 but that isn’t gonna affect how productive this team will be this year. Even with the loss of Mark Ingram this offense will run everything around their young star at running back in Alvin Kamara. This dual threat back can do it all and make defenders miss on every play while on his way to another top 5 fantasy performance. Even their receiving core has gotten better this offseason as they have added top 5 tight end in Jared Cook. Easily a team that will produce the numbers for your fantasy team, but only as long as Brees stays healthy(knock on wood). 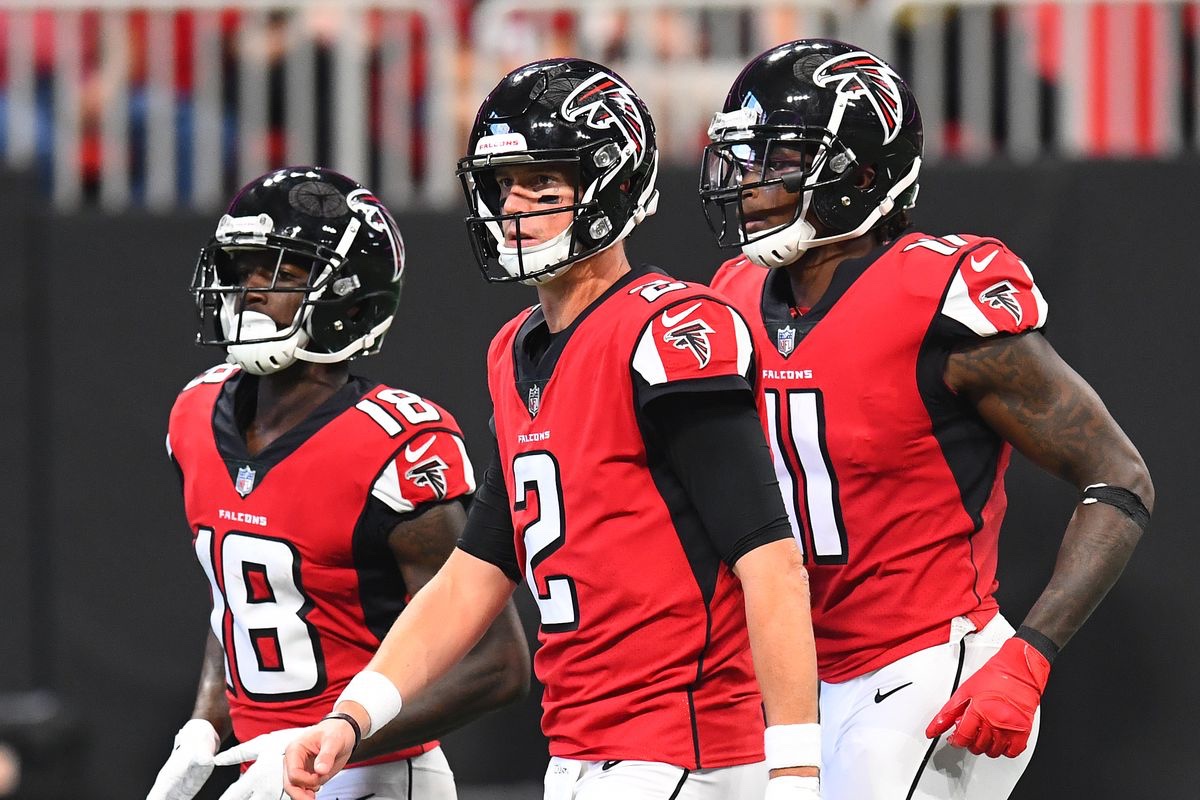 With a full offseason to get this team healthy once again we should see the Atlanta Falcons nearing the top of fantasy production. Last year we witnessed as 2 of the Falcons starting offensive lineman hit the IR and their starting running-back in Devonta Freeman. With everyone now fully healthy we can see this offense really get to work as Matt Ryan will have bette protection to stay upright in the pocket. Ridley is a star in the making for this offense but still is shadowed by his teammate Julio Jones. For him to help his team jump up this list he’s gonna need to take in a bigger role in this offense just like other receivers in this list have. This offensive is going to be fun to watch and if all stays healthy we are gonna see too fantasy numbers from everyone in this offense. 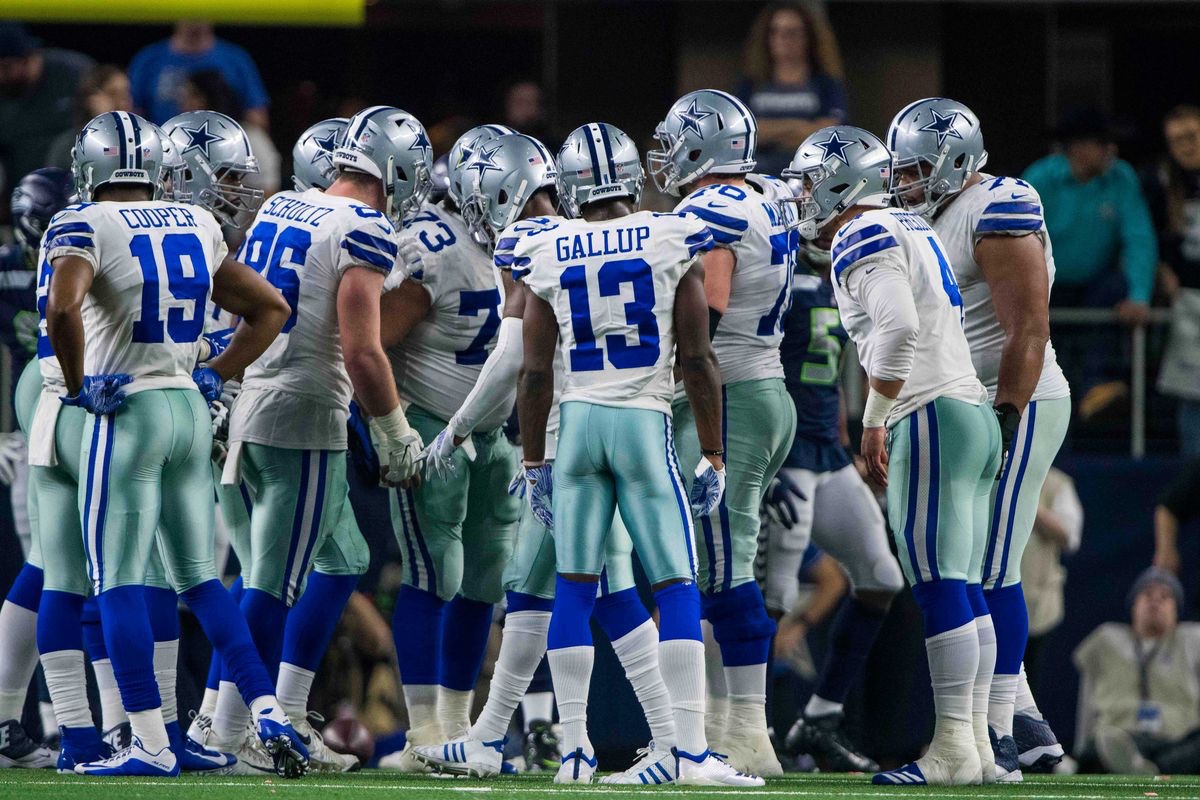 Ever since the Cowboys added Amari Cooper to their team they have been a force to be reckoned with. They have also added a great yet aging slot receiver in Cobb in the offseason and drafted a talented kid in Gallup to add a new dimension to this offense. Not to mention they got Witten to come out of retirement to help be Dak’s safety outlet. Dak now has the receiving weapons to take this team to the next level and that will improve everyone fanatics value on this team. Look out fantasy owners it’s a stacked Cowboys team coming for the chip. 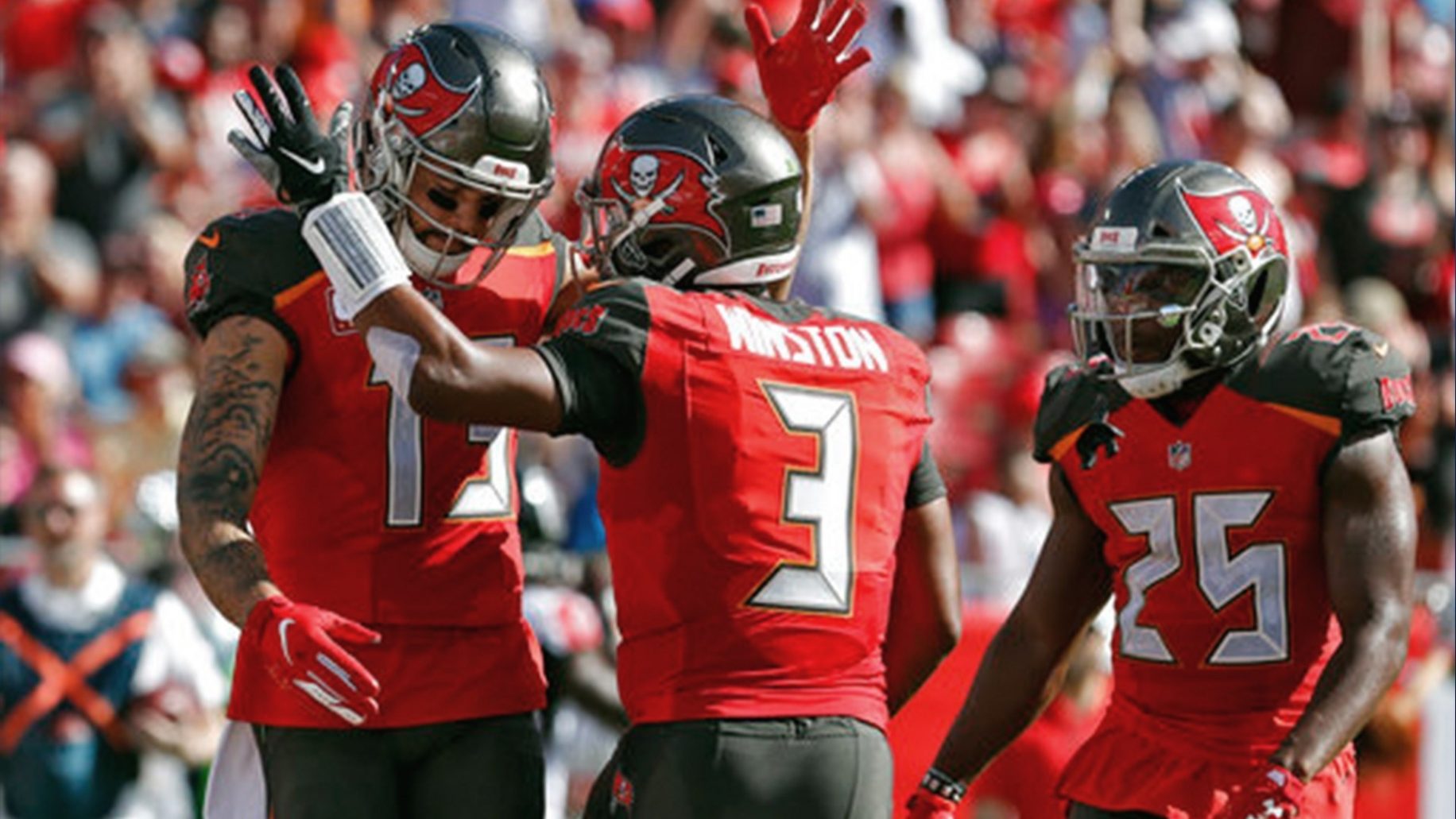 Tampa Bay has the tools to be a viable fantasy offense now that they have Bruce Arians at the helm. Given Winston’s struggles this last year we should see a revival in his play with the help of Arians. Even with the departure of Jackson and Humphries we should see breakout candidate, Chris Godwin, pick up the slack. In limited snaps last year he was able to rise up to the 25th best PPR receiver in fantasy. The only thing holding this team back from being higher on the list is that their running back room that is very inconsistent. 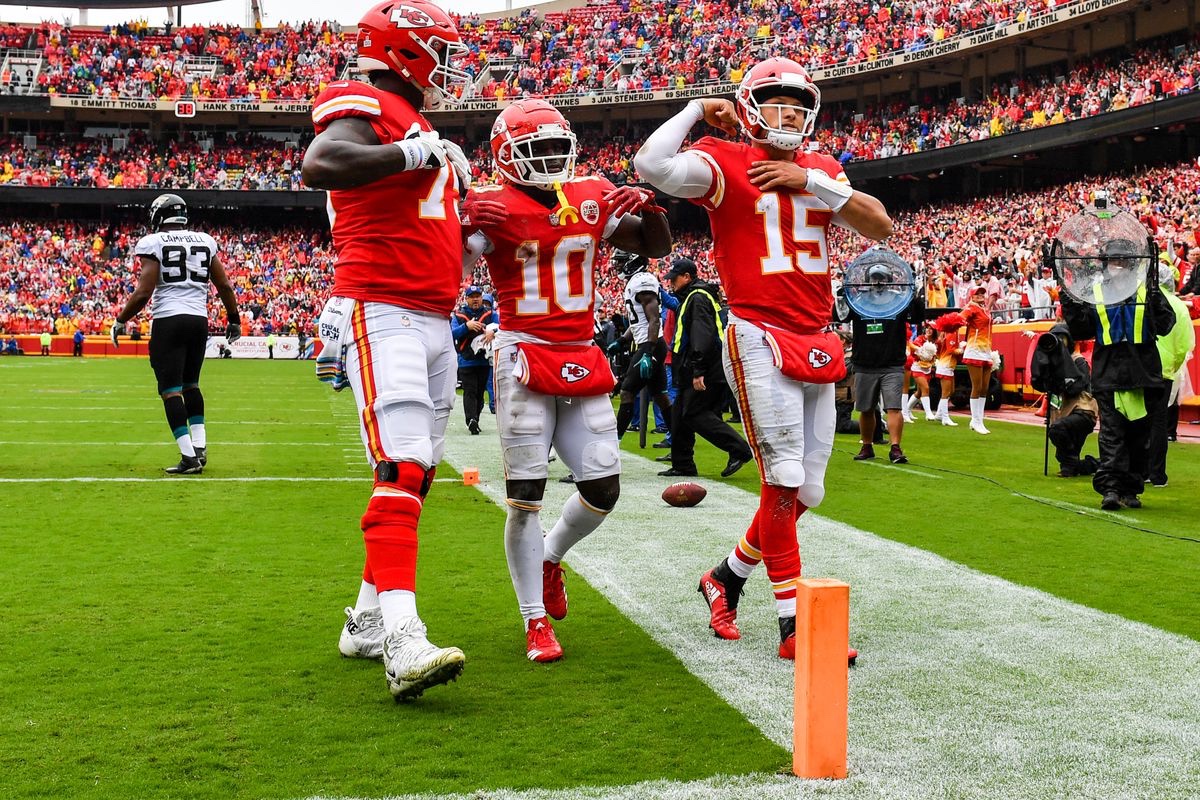 Boasting the best tight end in football the Kansas City Chiefs have plenty of fantasy upside. Mahomes looks like he is primed for another big year again as Hill’s off the field issues have been dropped. Unfortunately for the Chiefs, they lost their best running-back in Kareem Hunt last season and will look to replace that with an post prime LeSean McCoy. Not to mention they also have Damien Williams that put up great numbers in Hunts absence. The reason why this team is farther down the list for fantasy offenses though is that we don’t know if they can duplicate what they did last year. We also don’t know how well rookie Hardman will do in the NFL. Plus Watkins isn’t as much of a threat as some of these other receivers that are higher up on this list. 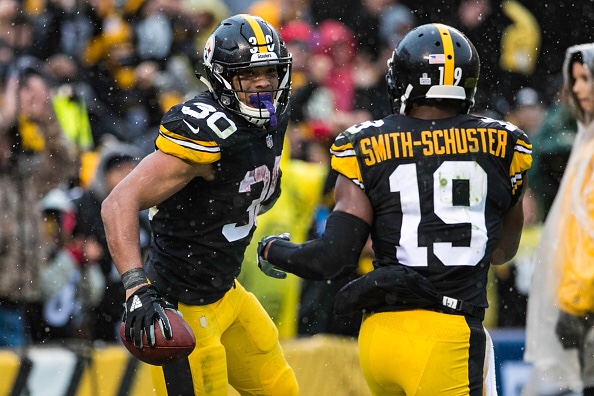 The Steelers take a step back this year now that they have lost their best receiver in Antonio Brown. Not to say that JuJu isn’t number one receiver talent but outside out him there isn’t much of a fantasy upside for the receiver group. Luckily for this team they still have a great quarterback that can get the ball downfield which could make some upside later this season. 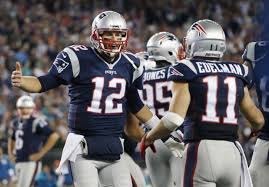 The New England Patriots may have lost a few key pieces to their receiving core but that doesn’t mean they wont be a big PPR threat. The only thing that hurts them is the committee at running back they have. Given how at any given play one of their talented running backs can either catch or run the ball for good yardage makes it almost unpredictable who to start each week.