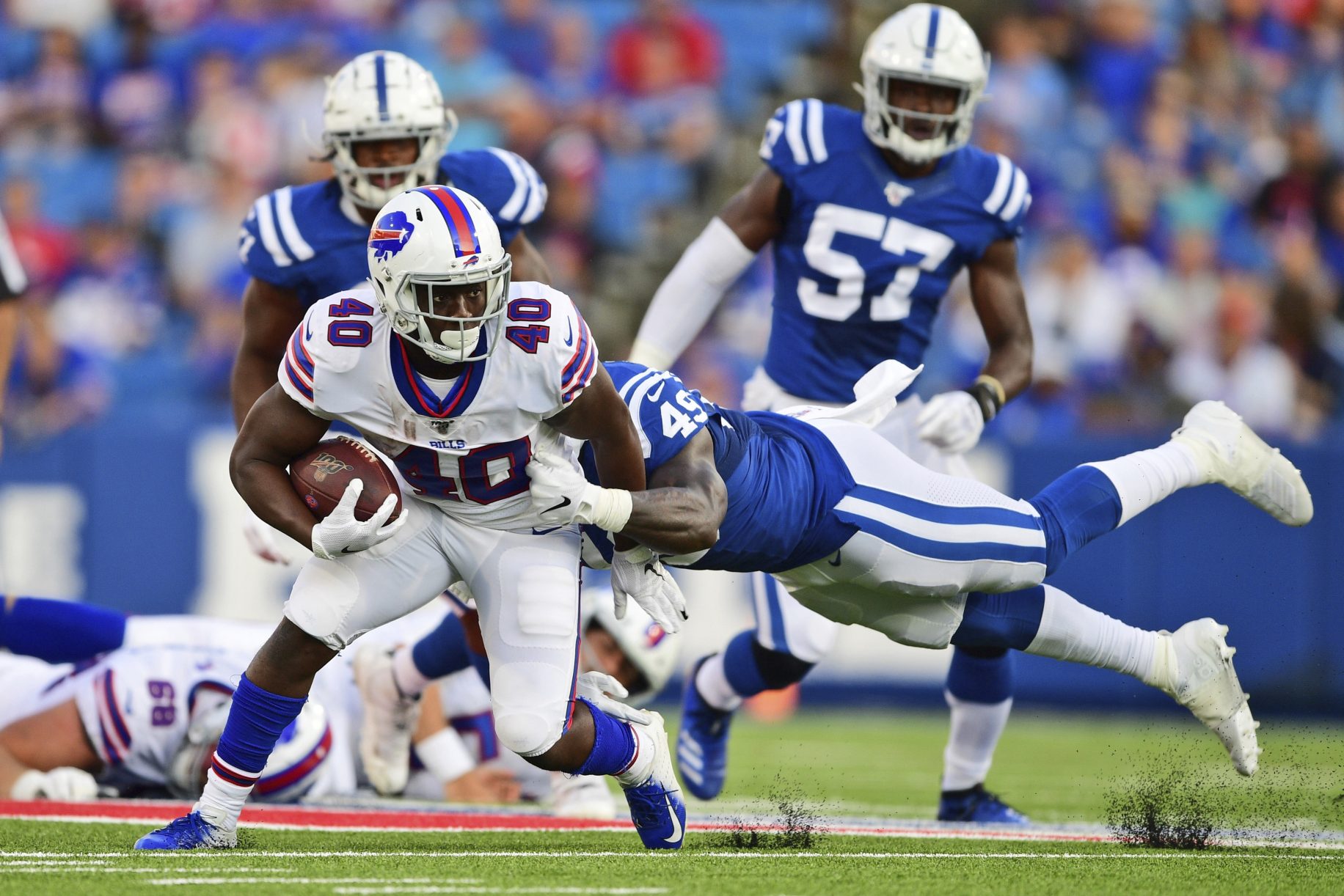 Heading into the 2019 NFL Season a lot of mystery surrounds the backfield situation of the Buffalo Bills. Earlier this year in April, General manager Brandon Beane told reporters that McCoy was still the team’s starter. Fast forward to earlier this week, head coach Sean McDermott hasn’t officially named a starter⁠. So many fantasy owners are left wondering who to take in their fantasy drafts as the best choice for this Bills backfield. As far as we can tell it’s safe to assume that the Bills will go with a rotating committee each week. Devin Singletary will likely be Buffalo’s future at running back given Gore and McCoy’s age, but for now we’ll have to sit and wait. That only complicates the rotation until injuries from either Gore or McCoy happen or their production drops off as the season progresses. Hopefully Singletary gets a shot earlier on this season for a good timeshare and runs away with it. Until then stash him for a nice payoff later down the road. 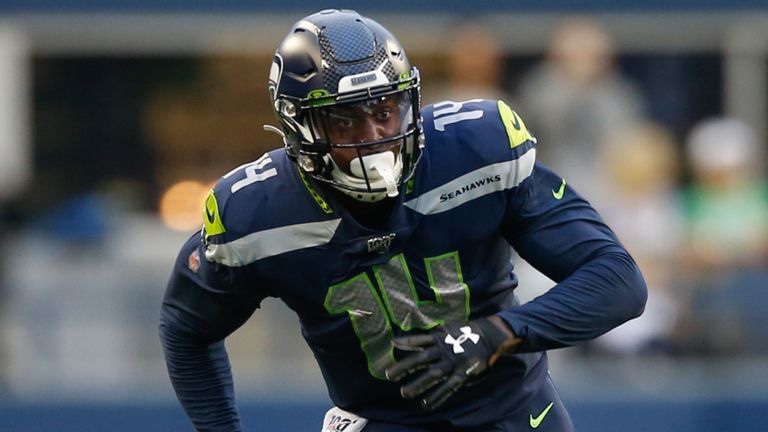 Brian Schottenheimer doesn’t pass much in his offense as the Seahawks were last with 427 passing attempts last year. With Doug Baldwin retiring and returning top receiver Tyler Lockett seeing only 70 targets last year, someone is going to receive those targets. Metcalf could step into a large role right away if he can stay healthy and take on Baldwin’s role. Plenty of upside here for this young WR but he still as more work to do to be efficient on the field. If Metcalf can stay healthy and get his mechanics down we could see WR2 numbers from him in 2019. 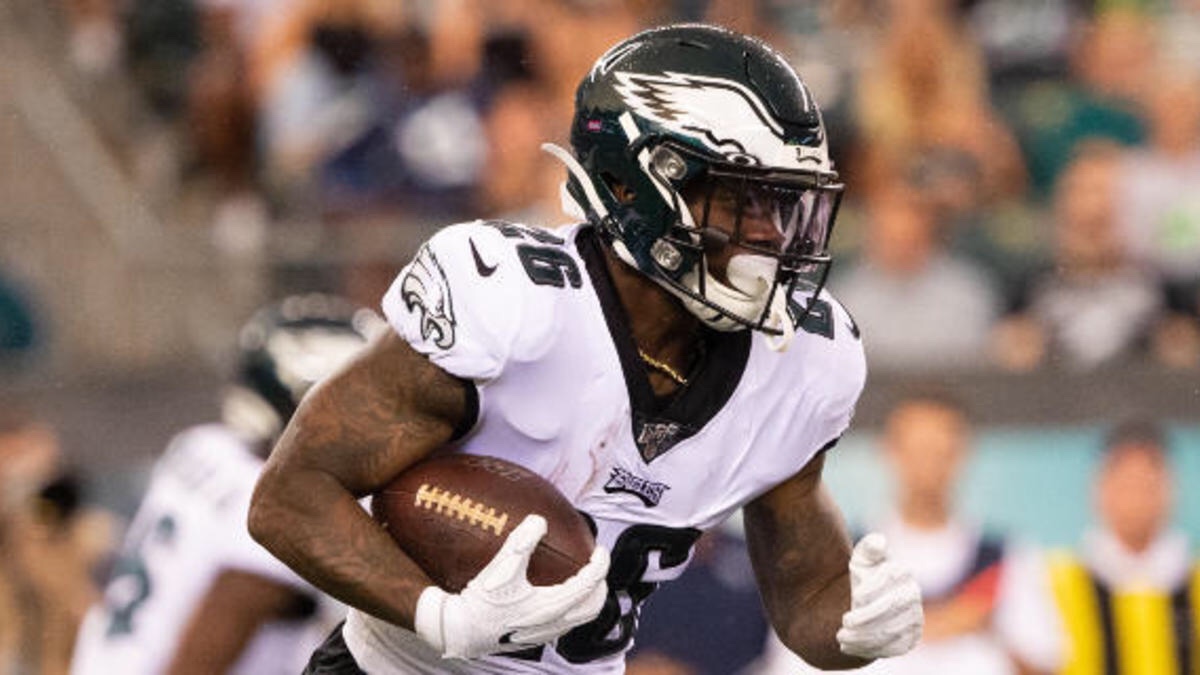 Fantasy owners may be hesitant with drafting Sanders because the Eagles traded for Jordan Howard earlier this off-season. Given how successful Howard was with the Bears most would be right to be hesitant, but remember the Bears gave him away for a reason. Every year the Bears kept decreasing the amount of pass catching duties that Howard had which makes us wonder how useful he could be with the Eagles. Everyone that has been to the Eagles training camp has raved about how well Sanders runs. Leading us to think that he is slowly working his way up the depth chart. This could be a split backfield situation for some time but don’t sleep on this guy as he may run away with the starting job full time. 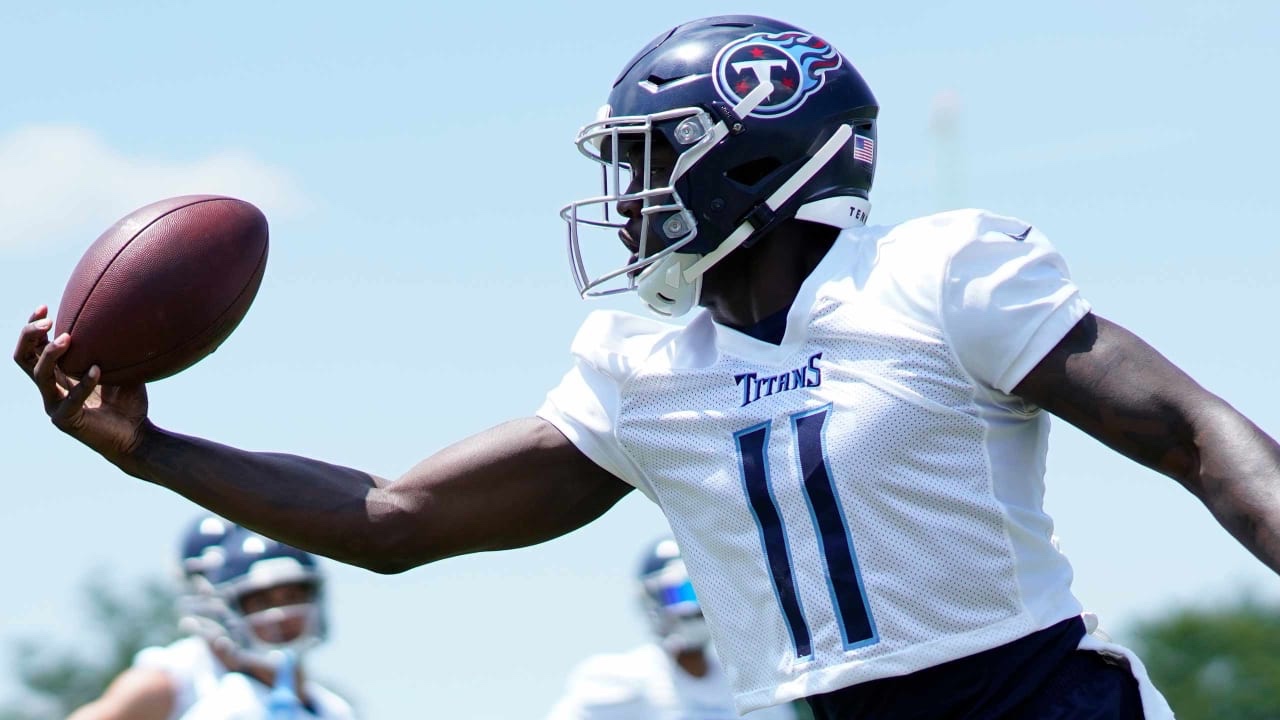 The Tennessee Titans have added a nice new weapon in A. J. Brown. Even with a talented roster that boasts Delanie Walker and Corey Davis adding a speedster like Brown will only make this team more successful. Among his skill set, Brown has the versatility to line up all over the field, which is something he did at Ole Miss. That only helps his fantasy value because he doesn’t have to constantly compete for time in the slot with fellow wideout Adam Humphries. Brown is a huge threat with the ball in his hands and can take short passes for big yardage (Something the Titans desperately need). He also possesses the speed that will make him a deep threat, which fits into one of quarterback Marcus Mariota’s strengths that he showcased in Oregon. Even with the possible production cut from the return of Mariota’s favorite weapons in Delanie Walker there still should be plenty to go around for Brown. 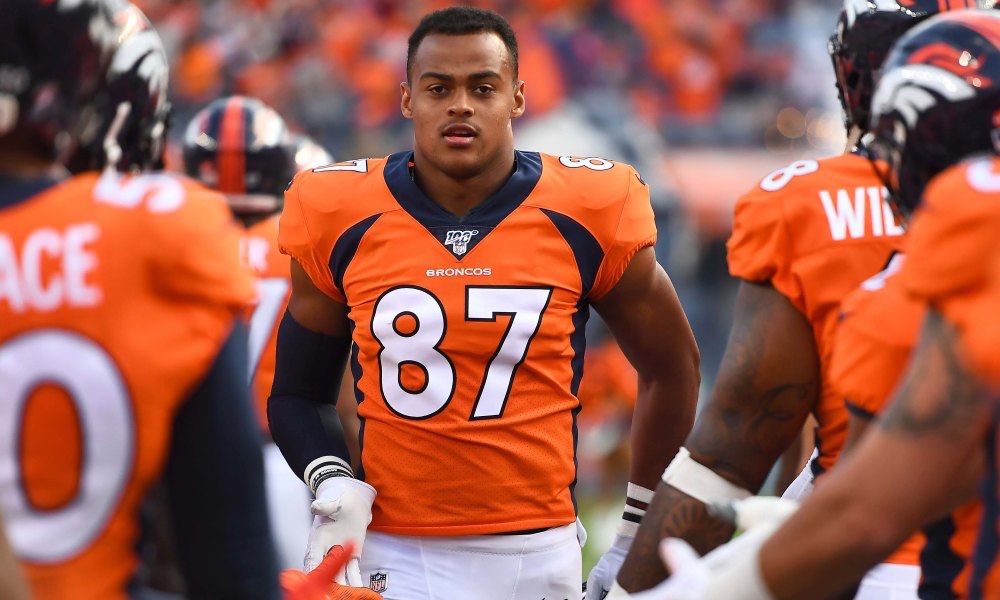 Given that Joe Flacco is penciled in as the Week 1 starter there will be possible upside in drafting Fant for your fantasy team. Flacco has shown in the past that his favorite weapon was always a TE, just ask Watson and Pitta. Fant was even highly talked about by former Alumni and ex teammate, George Kittle:

“Noah is a guy you can put anywhere on the field and he can make a play,” Kittle said in a phone interview with The Denver Post this offseason. “That’s a gift he has. If you have a guy running 4.5 down the middle of the field and then he unhitches his trailer and gets faster, you can’t line up a (middle linebacker) against him. It’s a hard matchup and if you double-team him, that gives other guys opportunities.”

Obviously this kid is highly talented and given his ability to get one we should see him tribe with Flacco at QB. Don’t expect Gronk numbers out of him this season but he is worth a later round stash in a very thin TE market. Upside is there but could fluctuate throughout the season as he learns the offense. 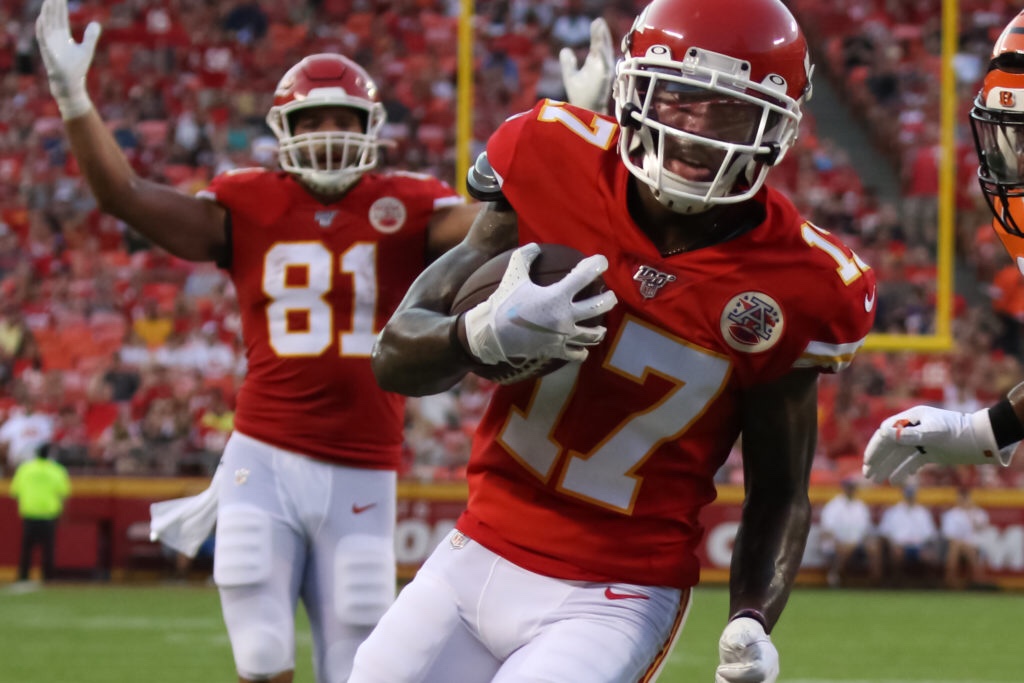 In the few weeks that trading camp has started in the NFL, fans have caught wind about how well rookie wide receiver, Mecole Hardman has been doing. Andy Reid has this to say about his young wide receiver:

“He’s grown a lot since we first got him here, figuring it all out,” said Reid. “I like his progress. He’s attacked it. We talked about where he started and where he’s at now, it’s a completely different level. You can tell by the respect he gets from the guys and the respect he has in return for the veteran players. They’ve accepted him in there and he’s worked hard to gain that respect.

“All these guys are different. Our thing as coaches, we try to exploit their strengths and then work on their weaknesses and try to help them get better. So, some of his strengths we’re going to try to utilize and then we’ll keep teaching as we go and see where he goes to. It’s been fun to watch him get to this point. He’s still got a lot of work ahead but he’s working at it, which is important.”

In short, Hardman is learning fast and earning respect from the veteran players. This will be someone to watch as we reach closer to regular season to see how fast he picks up this offense. He’s definitely worth stashing in your leagues while we wait for final word on Tyreek Hill as well. Even if Hill plays week 1, we can still expect to see Hardman getting playing time in this high scoring offense. This kid can fly as well and can be another deep threat for Mahomes to help add to his arsenal. 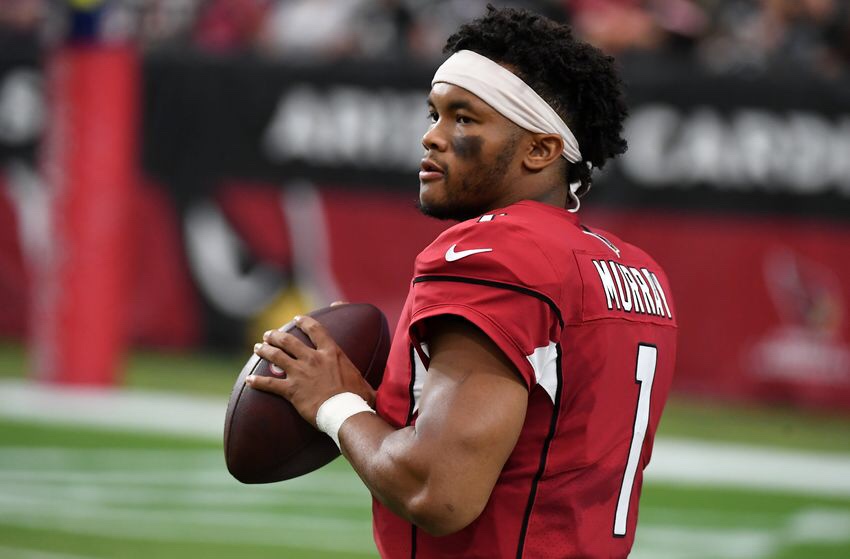 Reunited and it feels so good! Kyler Murray and his College Coach Kliff Kingsbury are now working together in Arizona to make the Cardinals relevant again. Kingsbury will be running a fast paced air-raid offense in Arizona where Murray is going to thrive. Just like we saw Murray do in college with his big arm we are also going to see him stretch the field in the NFL. His athletic ability with running the ball will keep defenses humble while blitzing. Expect to see him use his god given talents to make this Cardinal’s offense immensely better than last years 32nd ranked offense. Plenty of upside with a dual-threat QB at the helm but fantasy owners beware of the rookie learning curve he will encounter. He’s definitely worth taking a later round flier but don’t expect him to wake it to waivers in your league. 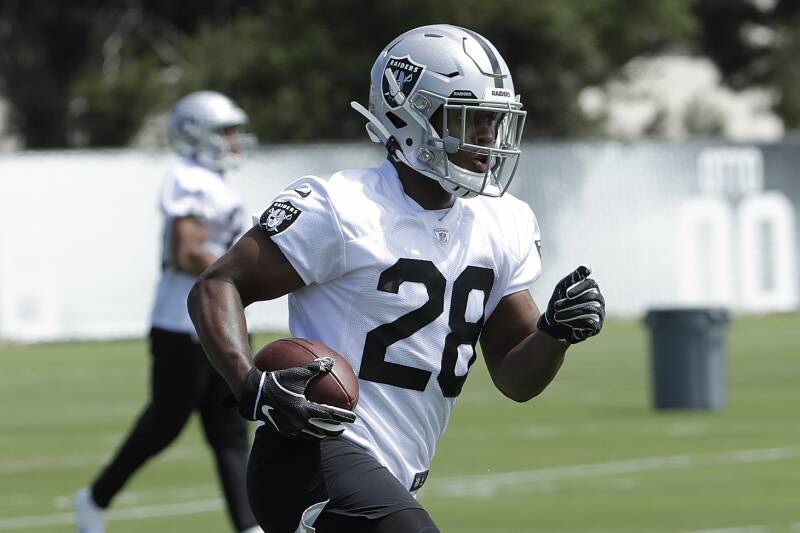 Just because Jacobs has been hiding from the cameras on Hard Knocks doesn’t mean he shouldn’t be missing from your draft board. Jacobs is a talented workhorse back from Alabama that should see plenty of time on the field this year. He’s a potential three-down back who averaged 5.3 yards per rush while at Alabama last year who could really make an impact. Don’t forget that this kid can also catch the rock as well, we should see plenty use out of him this season. Luckily, only an aging Marshawn Lynch is in his way and it’s only a matter of time before this young back takes over. 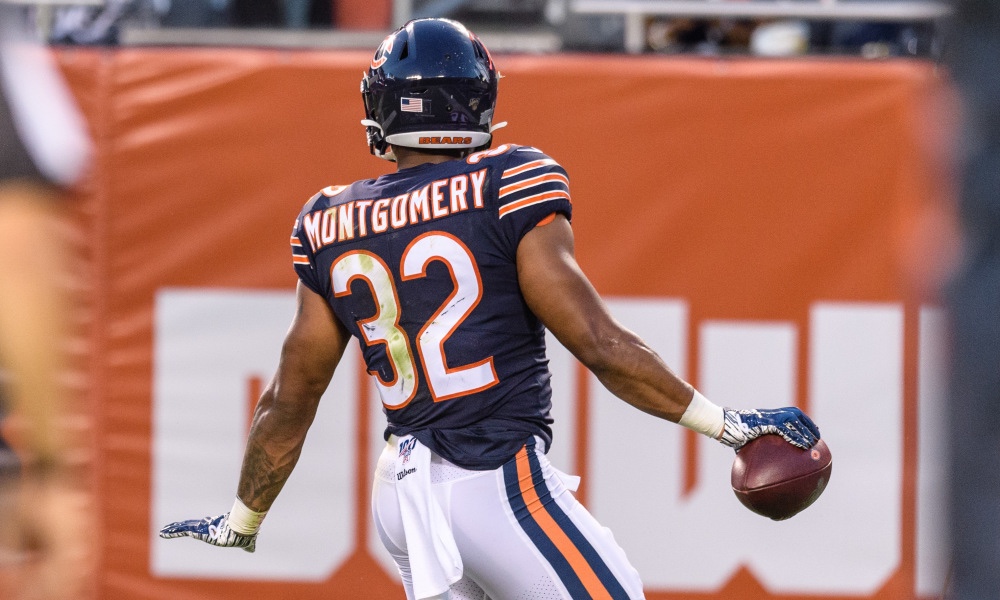 For those who haven’t seen the OTA scrimmages where this kid needs four Bears defenders to take him down, please go educate yourselves. This third rounder from Iowa State is going to make waves this season as a member of the Chicago Bears. Every person you talk to from the Bears organization has nothing but good things to say about this kid. The Bears love how professional he is, plus they love his receiving skills & make-you-miss skill set. He is going help this team immediately as he takes the field Week 1. Plenty of PPR value here with this pick and may go higher than you think in most leagues this year. Tarik Cohen who?! 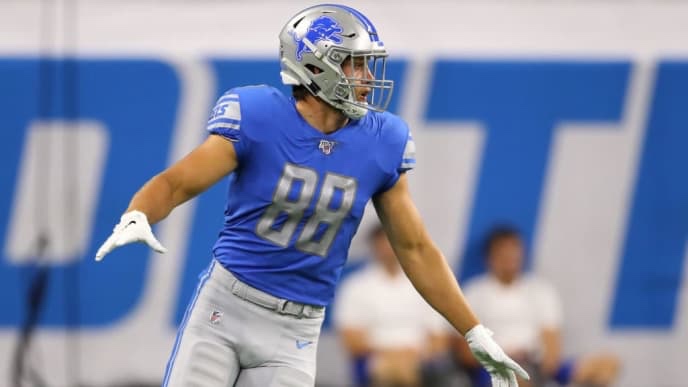 Fantasy owners should have this stud from the Iowa Hawkeyes near the top of their TE draft slots. Hockenson is penciled in as the Week 1 starter for the Detroit Lions and will be used heavily in this offense. This kid is an outstanding blocker, something he demonstrated in the Lions preseason game against Houston. Plus he is a very talented pass catcher, something that Matthew Stafford will look to use as a safety net this season. As history has told most good TEs take a few years to develop, but this could be breaking the mold with Hockenson. This kid has all the talent in the world and will be in great position on this talented Lions offense lead by Stafford. Hockenson will be worth taking in the mid rounds when most TEs will be gone. Plus the TE market every year falls off after the Top 5 so this is a great player to plug and play depending how you draft.

Los Angeles Rams: Predicting Aaron Donald’s 2019, Can He Get Any Better?