Fantasy Football season is upon us and that means it’s time to take a look at potential studs and potential duds in the new 2019 season. 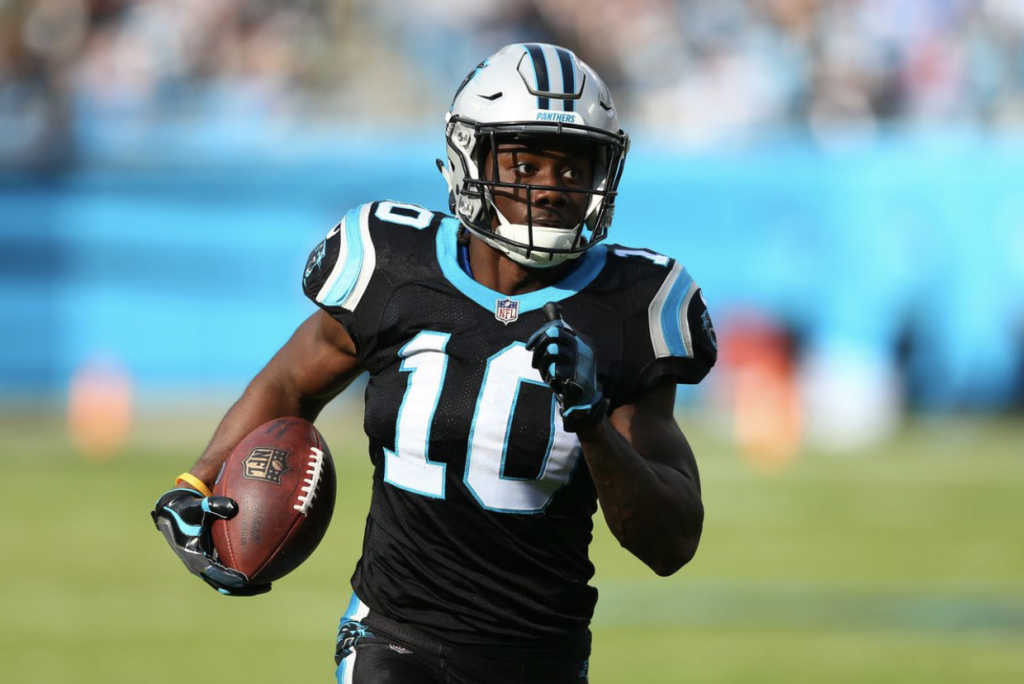 Curtis Samuel is one of the biggest values in fantasy football this season. With Devin Funchess in Indianapolis, Samuel is primed to become the WR2 in Carolina. Going in the tenth round in drafts, Samuel can be your second receiver or flex option this year. Samuel caught five touchdowns last year even with an injured Cam Newton. A healthy Cam Newton and the departure of Funchess can only mean for a breakout season from Samuel. Curtis finished with 39 receptions and 494 yards. Samuel’s stats can only go up from here. 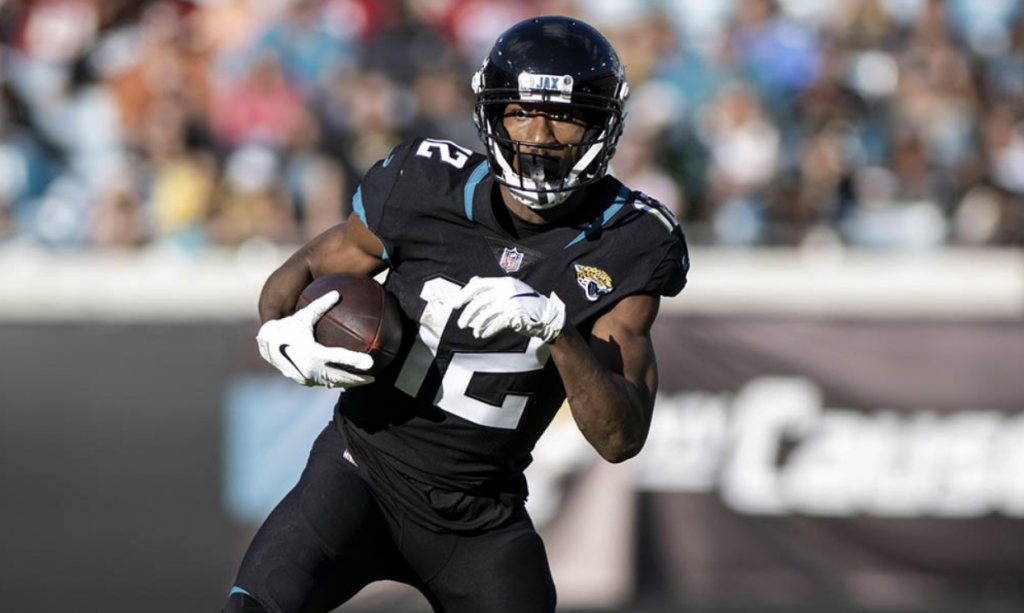 Dede’s value is around the same as Curtis Samuel’s value. A ninth-round receiver that will see plenty of targets with Nick Foles at the helm. Westbrook does not have much competition for targets outside of maybe Keelan Cole and frequently injured Marqise Lee. Donte Moncrief left in free agency to Pittsburgh which freed up the 89 targets he had last season in Duval County. Westbrook finished with 66 receptions for 717 yards and 5 touchdowns. Those numbers are only going to increase in 2019 and should be advised to get a lot of shares of Dede Westbrook in fantasy this season. 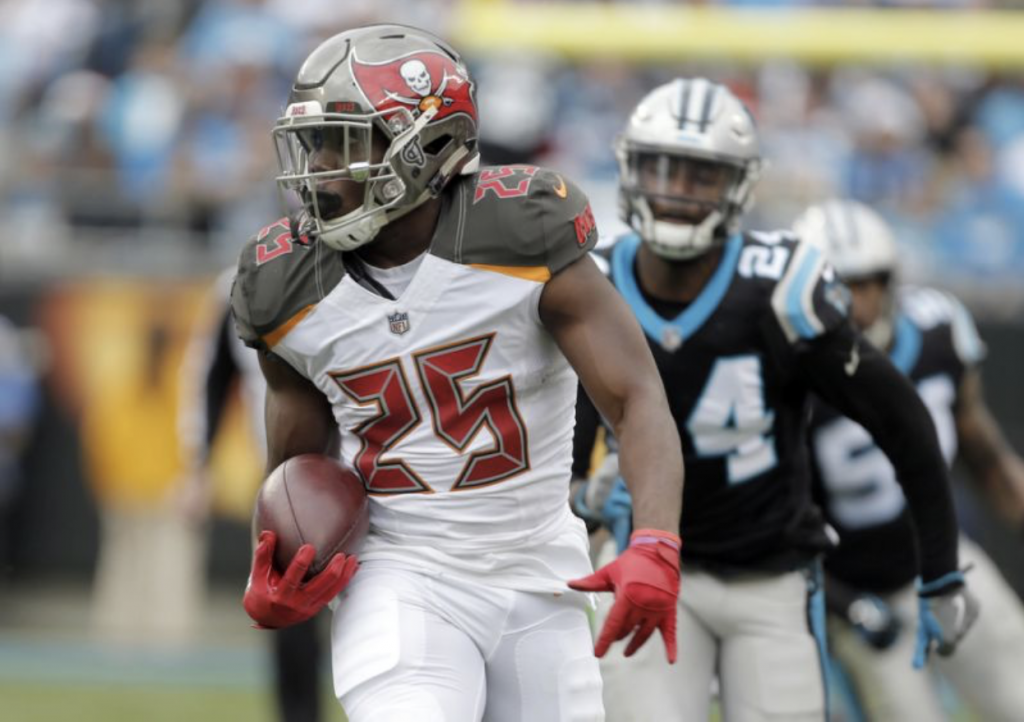 Why is a starting running back going in the back end of the ninth round and beginning of the tenth round Fantasy football drafts? Barber silently ran for 871 yards on 234 attempts. Second-round pick Ronald Jones showed no signs of starting running back capability last season as the undrafted Barber took over. Barber is a great flex option and a great replacement for your running backs on bye weeks. He should continue success in Bruce Arians’ offense this season. Barber falling in the ninth or tenth round is insane value. He should outperform his average draft position by a mile. 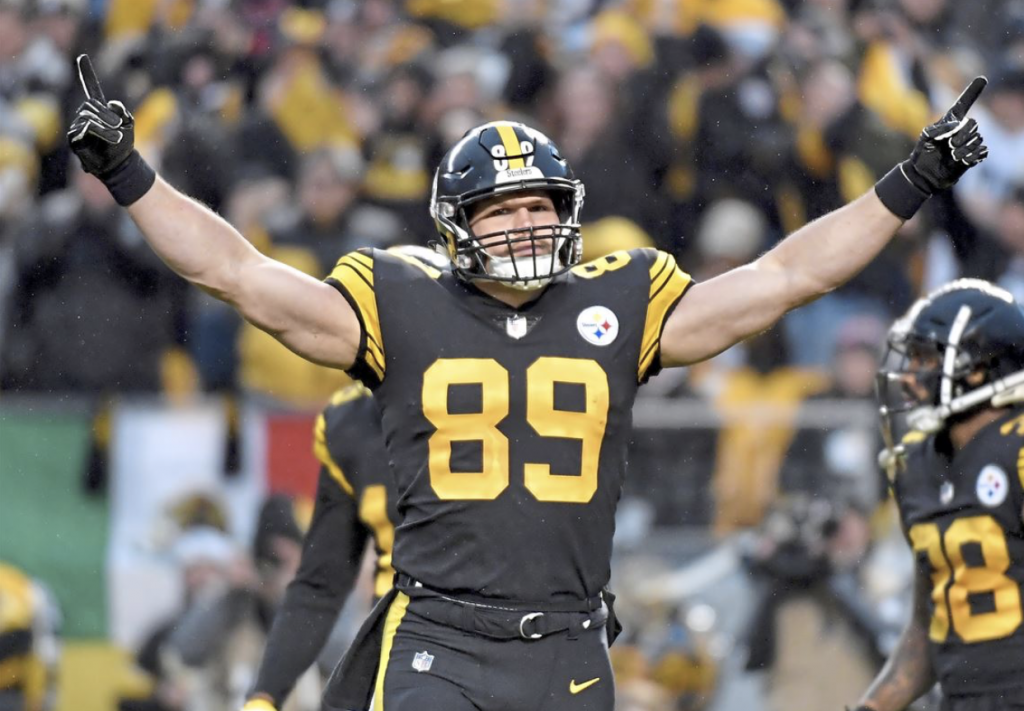 McDonald is going in the seventh round of drafts. That is fairly low for a player who’s team just traded Antonio Brown to Oakland. Brown’s 168 targets are freed up in the Steel City and McDonald is likely to become a big contributor in Big Ben’s offense. McDonald’s 2018 stats of 610 yards and 4 touchdowns may seem underwhelming for a seventh-round selection, but this one in-depth statistic is why his stock is continuing to rise. Vance led all tight ends in expected points added per target. McDonald is on track to become a Top 10 tight end this season. 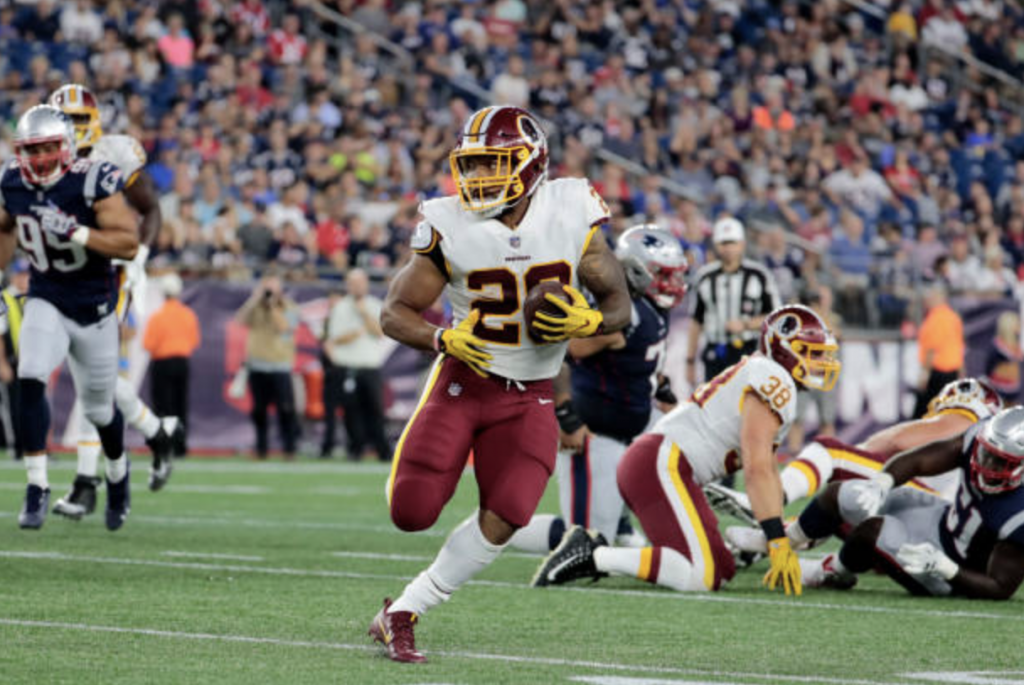 Guice is one of the biggest high-risk high- reward players in fantasy this season. Having an ADP in the sixth round is worth the risk. Guice can become a huge contributor in Washington and the lead back. He is on track to be healthy this preseason and we are finally able to see him play more than just one preseason quarter. Guice has the skill set to become a monster after a few games in the NFL. He could easily surpass 200 touches. Drafting a high-risk high-reward player can win you championships. 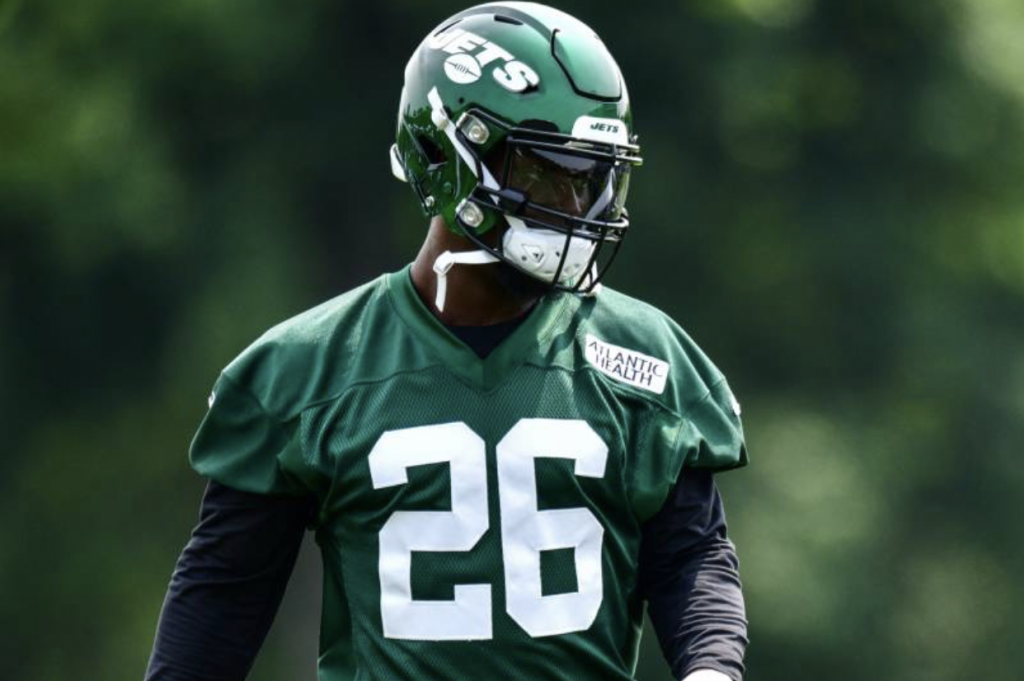 Bell has always been a fantasy superstar before signing with the Jets. Fantasy owners finally received an overdue apology from last season after holding out for a new contract. Everyone can avoid another apology. The Jets offensive line is ranked 28th out of 32 by PFF. It won’t be easy for Bell to pull off the numbers he was able to with one of the best offensive lines in Pittsburgh. With an ADP in the first-round, there are too many question marks to spend a first-round draft pick on Bell. Drafting a WR1 like Davante Adams or Julio Jones might be more advised. 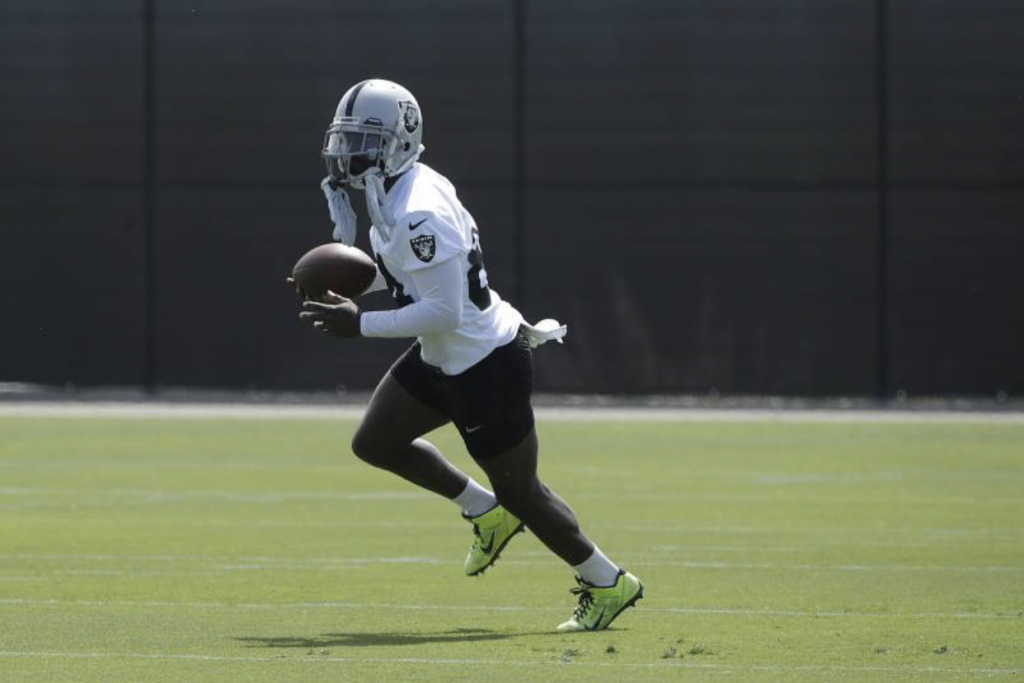 Brown has been one of the best receivers in the league for a while now. Just like the situation with Bell in New York, too much is unknown for Antonio Brown in Oakland. Derek Carr has played atrocious the past two seasons. It’s hard to imagine not believing in Brown in fantasy after putting up monster numbers season after season. Brown is set for regression and with an ADP in the second round, there is too much unknown about Derek Carr to draft an Oakland receiver as early as the second round. 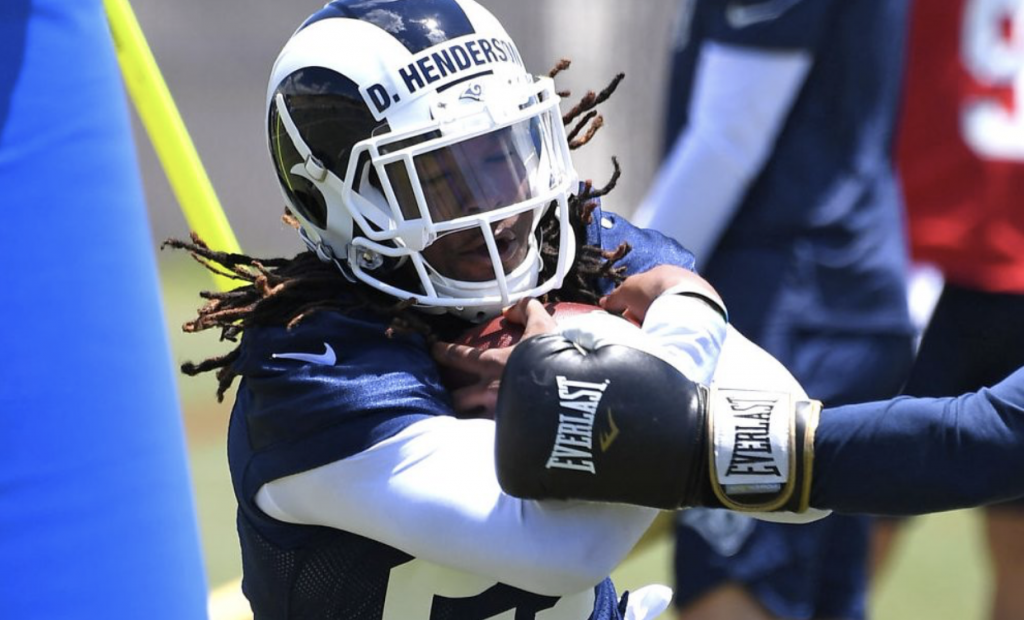 Third-round pick Darrell Henderson will become the top handcuff to Todd Gurley this fantasy season. But one negative for Henderson is his Fantasy Football ADP. Henderson’s seventh-round draft position is simply too high to draft him unless you are a Gurley owner. In the seventh round, there are so many players such as Robby Anderson and Sterling Shepard that can contribute to a team right away. There is no question that Henderson will be a fantasy star in the Sean McVay offense at one point, just not with Todd Gurley still ahead of him. 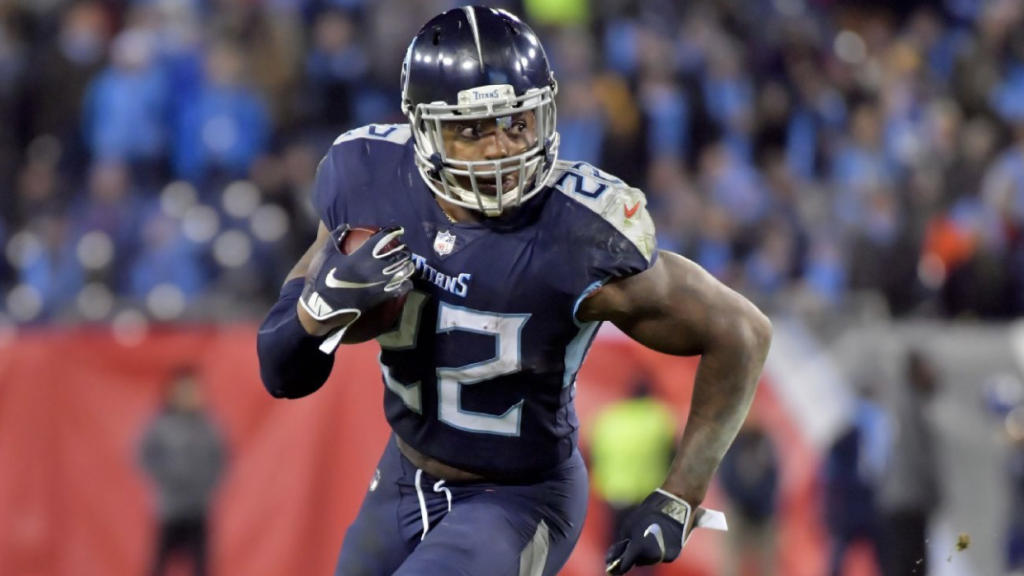 Derrick Henry surprisingly carried teams last season to the fantasy championship as he rushed for 238 yards against Jacksonville and 170 yards against New York. This includes a 99-yard rushing touchdown against Jacksonville on Thursday Night Football. Derrick Henry had a slow start to the season until that very game on TNF. He is too inconsistent to trust in fantasy as Tennessee’s “focal point of the offense.” He had not rushed for over 58 yards until December 2nd. Henry still logged a 1,000 yard rushing season in 2018 and comes into 2019 on a contract year. Recently, Henry has been seen in a walking boot around training camp. This isn’t good news around fantasy draft season especially. Henry is just simply too inconsistent to have an ADP in the third-round. 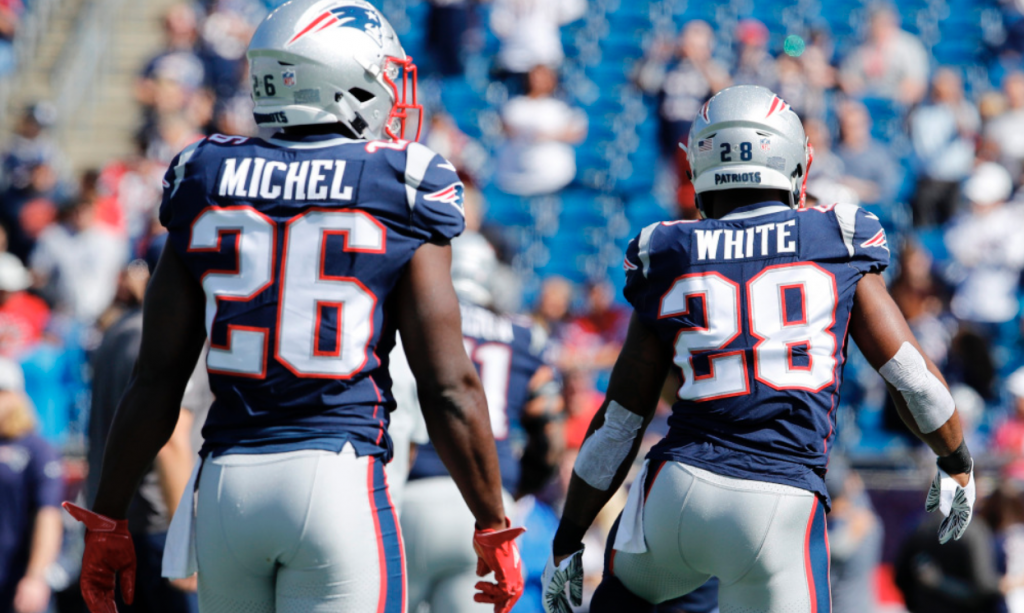 The New England Patriots backfield was a headache in 2018. It became even more of a headache during the NFL Draft. After the draft in April, this means the Patriots’ backfield consists of Sony Michel, Damien Harris, James White, and Rex Burkhead. The Patriots selected the very talented Damien Harris from Alabama. This is the one exception about talking about a sleeper under the bust section. Harris has an ADP in the ninth round and is a way better value than Sony Michel and James White. We’ve seen Patriots running backs drafted in later rounds such as LeGarrette Blount, Stevan Ridley, and Shane Vereen have had great fantasy value and success under Bill Belichick. One name, in particular, Sony Michel, has had a lot of injuries in the past and his Fantasy Football ADP in fourth-round is a bad value. James White is losing touches and targets to Damien Harris and Rex Burkhead is now fantasy irrelevant.