The NFL Network started doing their NFL 100 many years ago, so I decided to do my own top 100 rankings which started last year. Here is the second season of the DTR 100. The only thing is this; the NFL does their rankings based on the past 2018 season. As for my rankings, this is where I rank the top 100 players in the NFL factoring in more than just last year’s production. 2018 does play a big part in these rankings but so do injuries that leave out some marquee names. Enjoy and let me know your thoughts! For last year’s rankings click here.

Carl Lawson, EDGE, Cincinnati Bengals – Missed half the season due to a season-ending ACL tear

Kwon Alexander, ILB, San Francisco 49ers – Missed half the season due to a season-ending ACL tear 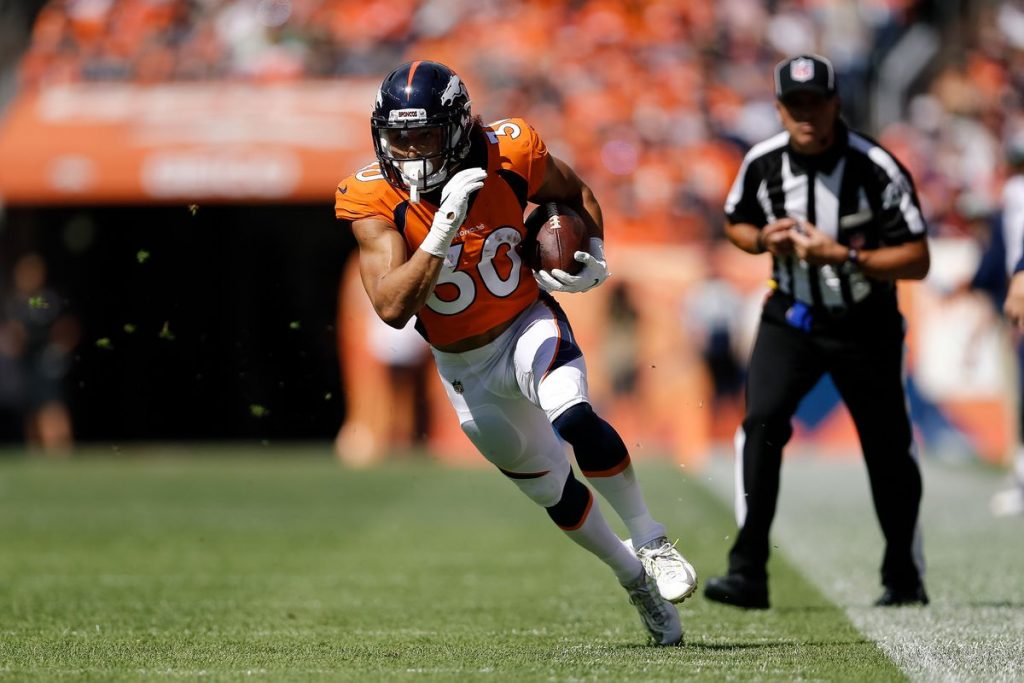 The undrafted rookie running back out of Colorado made headlines after he received NFL Hall of Fame running back Terrell Davis‘ blessing to wear the No.30 in his rookie year. Philip Lindsay would go on to make many more headlines than that in 2019. Lindsay first beat out 2019 draft pick Royce Freeman and once he won the job all he did was produce. Lindsay’s season ended with over 1,000 yards rushing, 10 total touchdowns and all of that came in only eight starts. He may not have been drafted but it’s safe to say he got the last laugh. 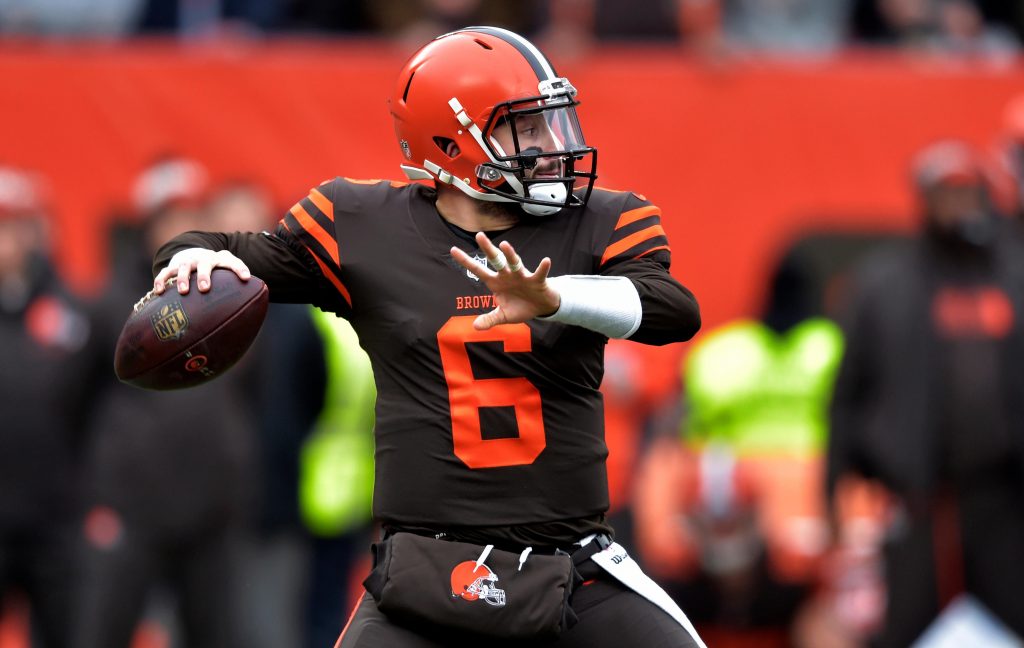 The number one overall pick of the 2018 NFL Draft makes the list here at 99 overall. Baker Mayfield finished his rookie year with a 6-7 win-loss record as a starter for the Browns and a rookie-record breaking 27 passing touchdowns. Mayfield finished the year with only 14 interceptions, a 63.8 completion percentage and 3,725 passing yards. It was a big year for the rookie out of Oklahoma and one that shot him up into NFL stardom. Now, as he heads into year two, Baker will have newly-acquired superstar wide receiver Odell Beckham Jr.

The Browns are considered a Super Bowl contender in the preseason for the first time in my lifetime. Baker Mayfield isn’t the only reason for that, but he certainly has played a big part in it. 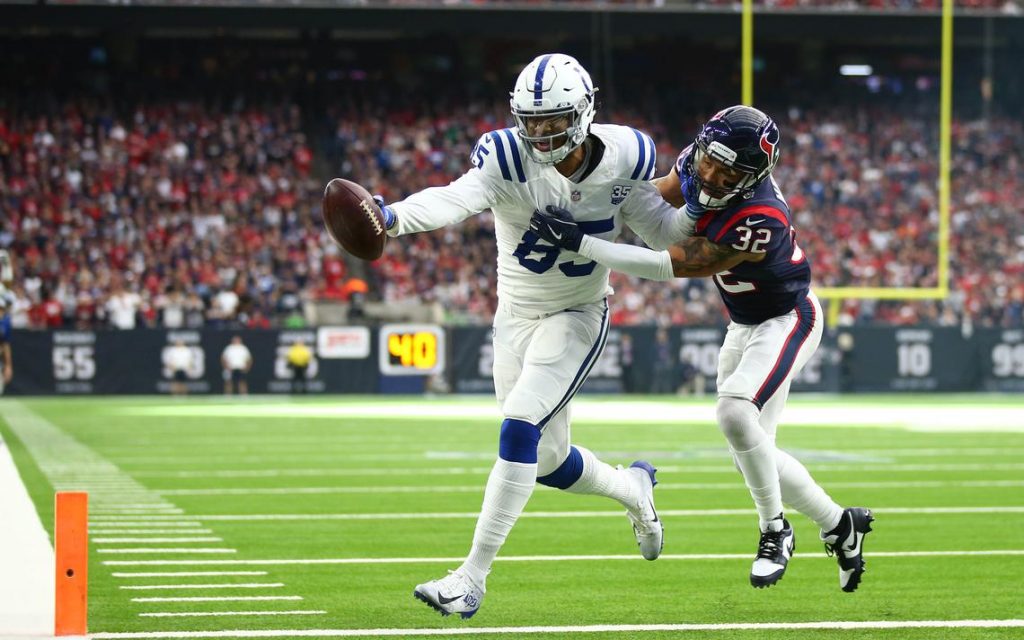 Eric Ebron has actually been a tad underrated in his career thus far. Despite one bad season as far as drops are concerned. Ebron had accumulated 711 yards in 2016 with a catch percentage of 71.8 and in 2015 he had a catch percentage of 67.1 percent. Now, 2018 was considered the coming-out party for Ebron but he’s actually already had a solid career so far to this point. However, 13 touchdown receptions will get you noticed and sure enough, it did. Heading into 2019, Ebron is only 26 years old and has one of the best quarterbacks in football throwing him the football. 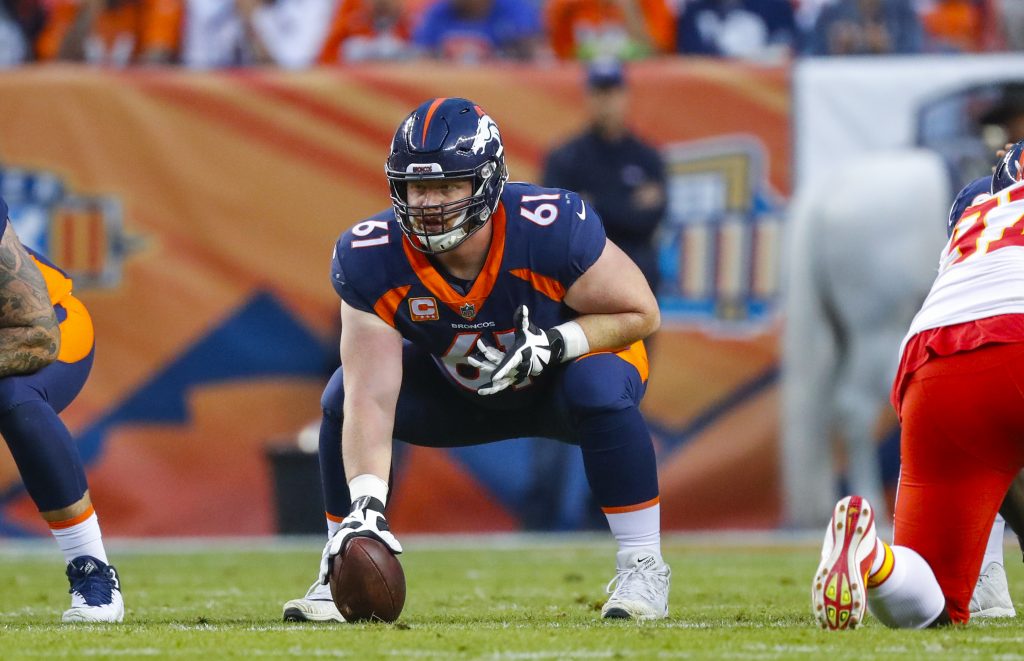 Matt Paradis has turned into one of the NFL’s best centers and for whatever reason, the Broncos decided to move on from him and let him sign with the Carolina Panthers in free agency. The NFL’s arguable best center takes over just a year after Ryan Kalil retired from the NFL. Paradis will be huge for Cam Newton and company in keeping the middle of this offensive line stabilized. The Panthers did have to pay him around $9 million per year just to bring him in. However, for a center that made our top 100 NFL players list, I would say that could end up being a bargain. It’s worth mentioning that Paradis has only given up six sacks in his four seasons in the NFL which is not many for playing four years in the middle of an offensive line. 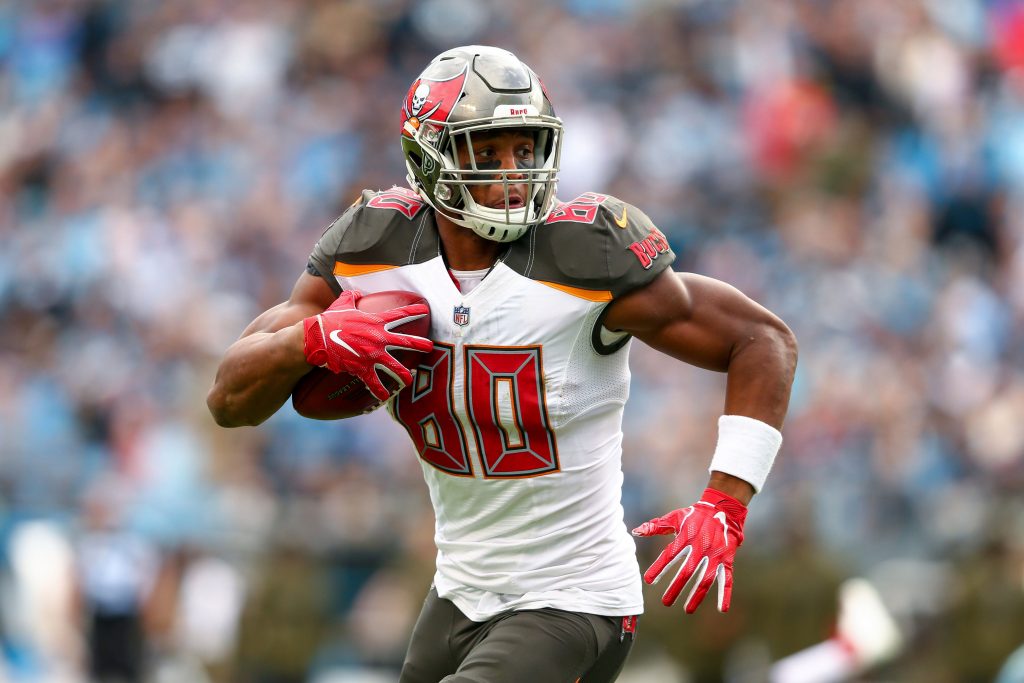 At first glance, you might be wondering why or how O.J. Howard is ranked ahead of Eric Ebron with lesser statistics, production and really the whole nine. However, Howard got onto this list because he has become a complete package as a tight end. Howard not only has elite athleticism like Ebron but he’s a magnificent blocking tight end and really is already in the top ten of tight ends in the NFL. He suffered an injury last year but if Howard stays healthy for a full season, he could approach 850-1,000 yards this season. One thing is for sure, Howard is a special talent and he should only continue to rise up the DTR 100 and NFL for years to come. 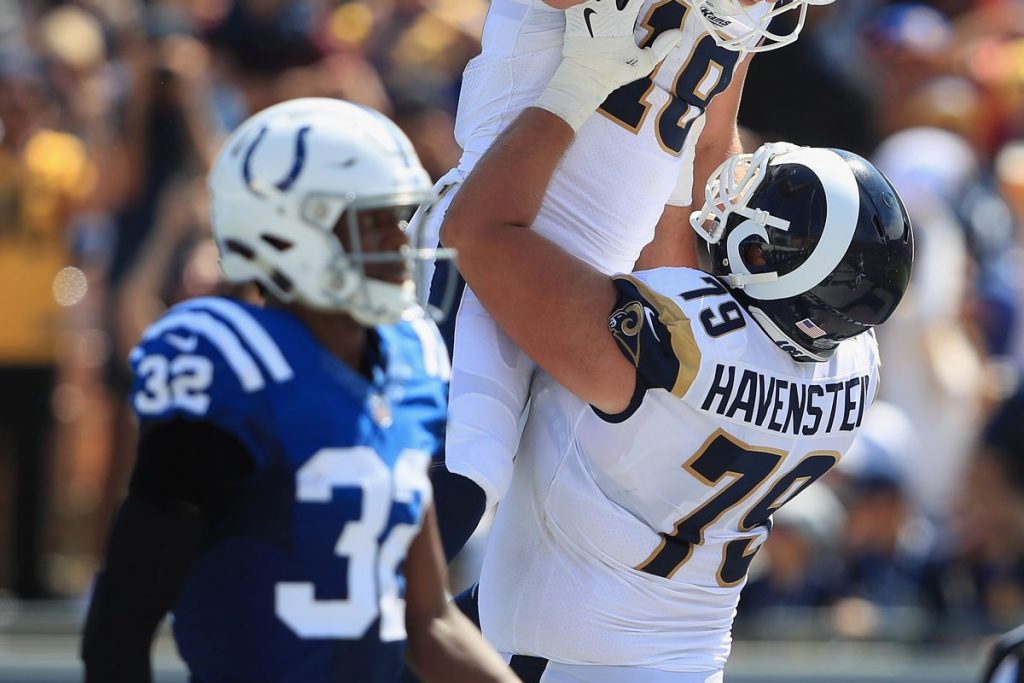 The starting right tackle for the Built Ford Tough Offensive Line of the Year award winners deserves a spot in the top 100. The Los Angeles Rams wouldn’t have gone anywhere without the likes of Rob Havenstein. The Rams right tackle only gave up two sacks last year. Havenstein is one of the more underrated players on not only the roster but even the entire league. He’s not built like a premier athlete, however, Havenstein just gets the job done. The Rams don’t lose him often but when they do, bad things tend to happen. If you forgot what happens to the Rams when Havenstein isn’t at right tackle, just go back to the 2017 Philadelphia Eagles vs. Rams – Carson Wentz vs Jared Goff bowl. Once Havenstein had to come out of the game, Chris Long absolutely embarrassed Darrell Williams and strip-sacked Goff to seal the game. Big Rob is well-deserving of this placement on the DTR 100. 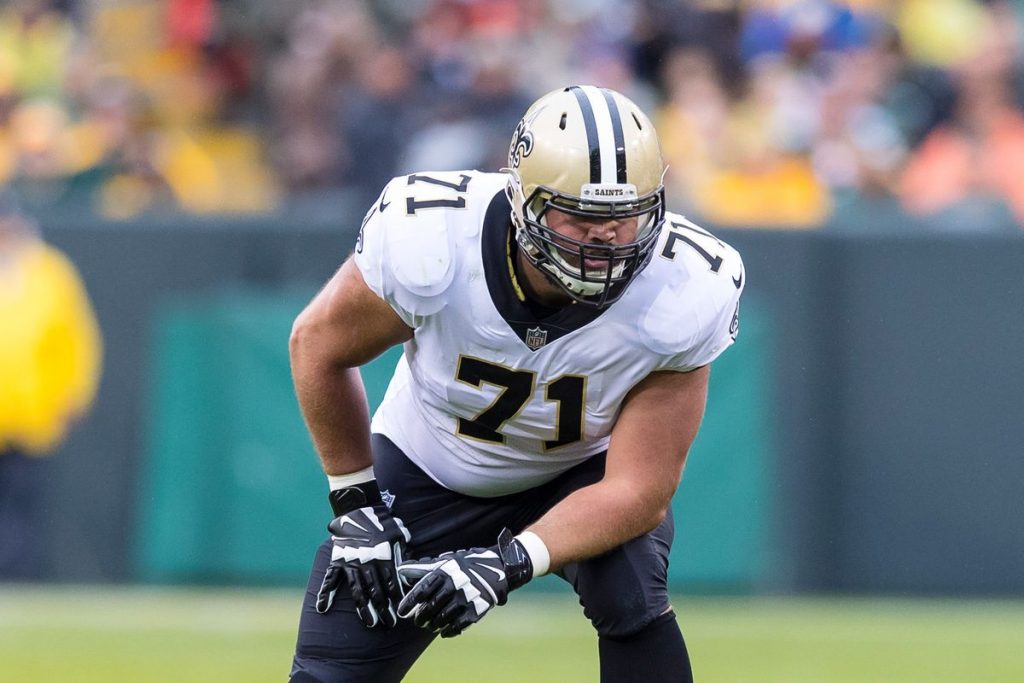 Another well-deserving and talented offensive lineman is yet another right tackle. Ryan Ramczyk, like Havenstein, is also from Wisconsin and has made a name for himself early on in his impressive career. Ramczyk to this point has already started in 31 NFL regular-season games over two years while only missing one. The powerful but athletic Ramczyk is only 25-years-old and still has plenty of upside left in the tank. Ramczyk only gave up a total of four sacks during his 2019 campaign last year. 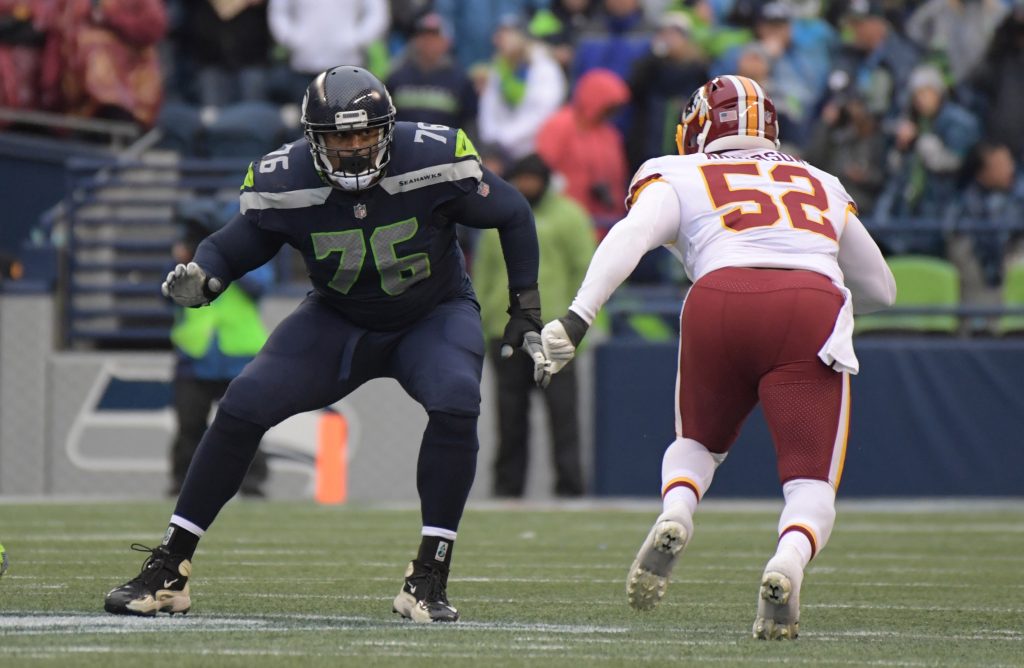 It’s weird that Duane Brown went from being a tad overrated following his trade from the Houston Texans to the Seattle Seahawks to being underrated. Brown initially was traded from Houston and it seemed as though the NFL world was buzzing that Russell Wilson had finally received his blindside protector. The only problem was that Brown had simply not gotten back to his original self after coming back from injury. Now, Brown is fully healthy and is playing lights out as Wilson’s bodyguard and it seems as if no one cares any longer. The 33-year-old played all 16 games last year in what was arguably his best season as a pro. Brown had only given up four sacks all season and the fewest hits on the quarterback in his career. 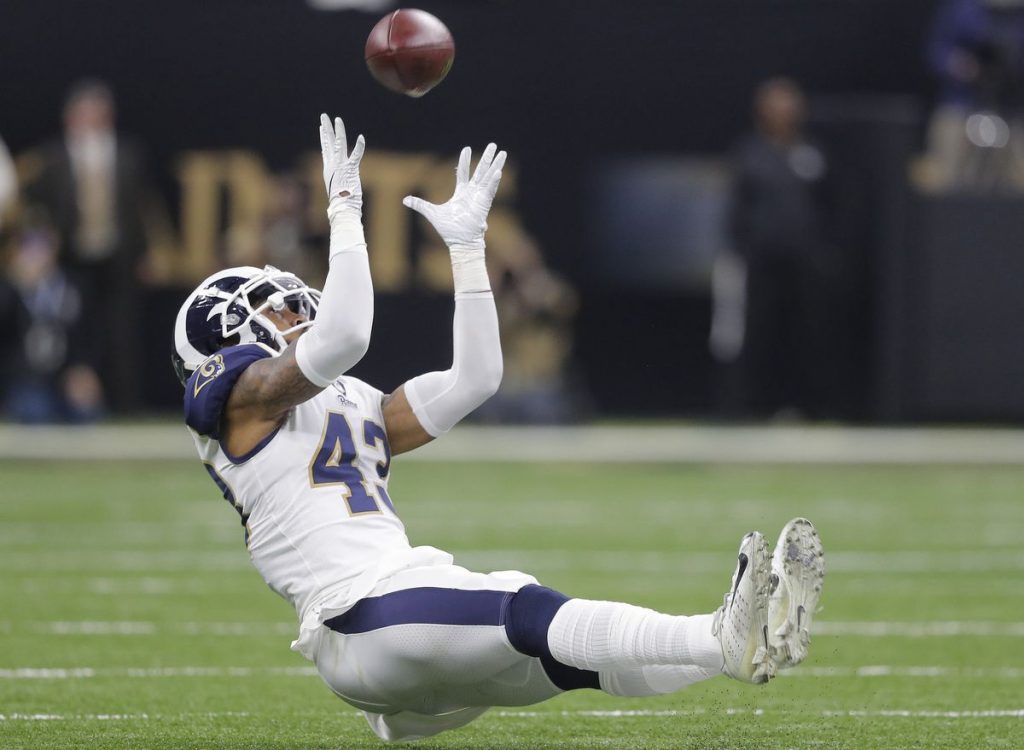 The 23-year-old out of Boston College is turning into a NFL star right before our eyes. The Rams former third-round pick started 11 games in his rookie year but last year when he came in as the starter he was on a mission to make his presence known. John Johnson III already has amassed 190 tackles, a forced fumble, 22 pass breakups, four tackles for a loss, two hits on the quarterback and five interceptions in his young career. Johnson showed off his abilities this past season but furthermore, he showed that no moment was too big for him. As you can see in the image above, Johnson made the game-sealing interception on Drew Brees in the NFC Championship game. Johnson in year three could shoot up this DTR 100 list for next year. 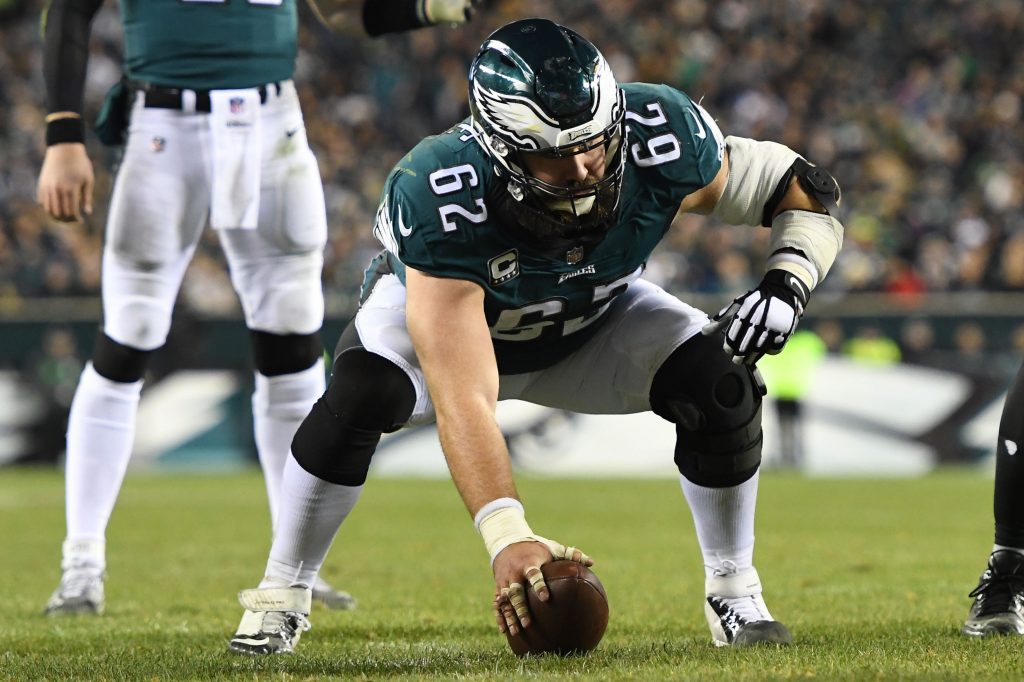 Here we have the best center in the NFL, Jason Kelce. Kelce displayed a side of him he had never shown to the public following the underdog speech after the Philadelphia Eagles won the Super Bowl. Kelce is just a rare talent and a consistent one at that. Over eight seasons in the NFL, Kelce has only allowed 11 sacks and 100 pressures on the quarterback. This past year, Kelce finished the season with just nine hurries allowed and zero sacks. At the ripe age of 31, there’s a chance that Kelce is somehow getting better over time. 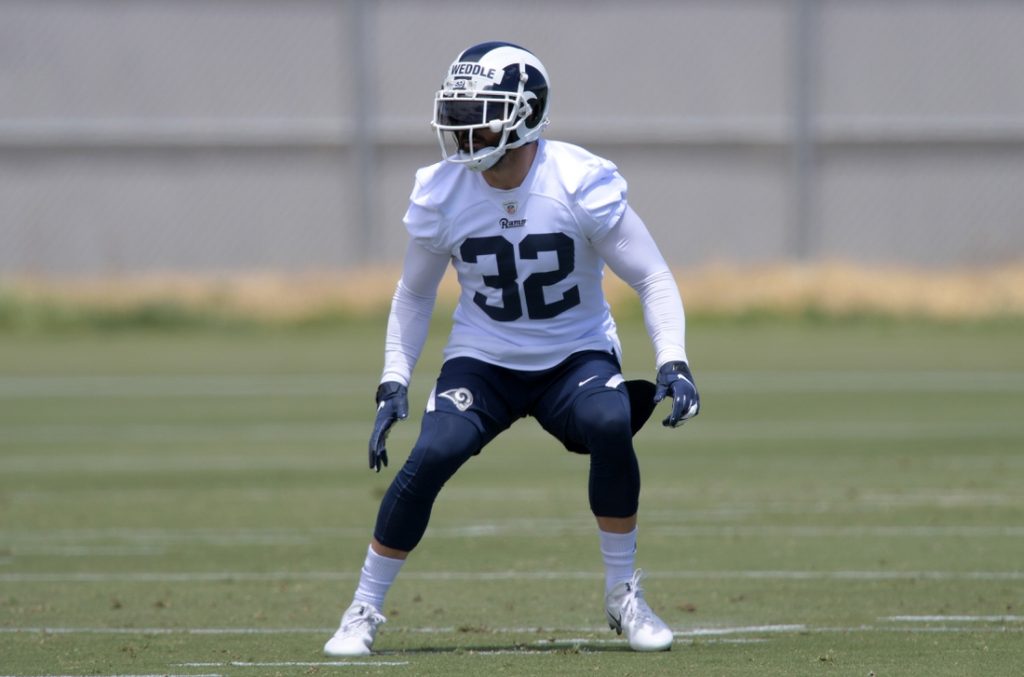 The 34-year-old Eric Weddle signed a two-year deal with the Los Angeles Rams this offseason. Over 1,000 tackles and 29 interceptions to his credit, Weddle has been one of the league’s best defensive backs for a long time. He started off with the Chargers for years until he moved on and went to the Baltimore Ravens. Until the Ravens released him a year removed from his six interception season and now here he is with the Rams. He was definitely brought in to help acclimate Taylor Rapp to the NFL game, mentor aforementioned star John Johnson III but also come in and be an effective starting replacement to LaMarcus Joyner with the Rams. Weddle had a bit of a down year per his standards but one could expect him to have a great year in Los Angeles.

how can you leave off Leveon Bell ??? (as well as many others)

he’s likely going to be a top 20 player, regardless of last season ??