Who is the Current Face of Los Angeles Sports and the Rams?

When you think of a single Los Angeles athlete, who is the first person that comes to mind? Is it a Rams player?  A Lakers player? Maybe even someone from the Dodgers or the Kings?

Immediately, only one player comes to mind. It’s impossible not to think of ‘The King’, LeBron James. Although he hasn’t been in Los Angeles for long, the impact he has had on basketball and on sports as a whole is unmatched.

Going beyond sports, he has made his mark in pop culture, partnering with Nike to create his own line of shoes. He has also starred in multiple movies such as Trainwreck with Amy Schumer and Bill Hader and Smallfoot with Zendaya and Channing Tatum.  LeBron James is one of the most influential athletes in sports and in pop culture, making him without question the face of Los Angeles sports.

Filtering down this question to just the NFL, there are only three that make the cut: Jared Goff, Aaron Donald, and Todd Gurley.  It’s fair to mention that none of these players are from the Los Angeles Chargers. The Chargers have some incredible players, but similarly to the Los Angeles Clippers or Los Angeles Angels, no matter how great some of their players are, the Chargers will never be the face of Los Angeles as long as the Rams are successful.

That’s not to say the Chargers don’t have good players because Melvin Gordon is a top-10 running back and Phillip Rivers is a great quarterback. However, like Blake Griffin and Chris Paul when they were tearing up the court at the Staples Center, Los Angeles was still a Lakers city and it will always be a Rams city.

The last defensive player to win the NFL MVP award? Lawrence Taylor in 1986.

As difficult as it is to say, Aaron Donald is not the face of Los Angeles football solely based on the fact he’s a defensive player. Donald doesn’t make flashy plays and he doesn’t score touchdowns. This does not by any means take away from the fact that he’s the best defensive player in the league or the he’s an incredible leader off the field. Offensive players are simply going to get more attention and be more marketable which is why I have to eliminate Donald.

Now that Aaron Donald has been eliminated, we can now focus on selecting between Todd Gurley and Jared Goff.  This is an easy pick and it’s Gurley. The Rams running has much more influence in the locker room and in pop culture than Jared Goff. Goff, while leading the team on the field, is just not as outspoken as Gurley.  Just watch Gurley’s pregame speech before the NFC championship game against the Saints – it is indicative of a true leader and it ignites goosebumps.

He led the NFL in touchdowns last season and was an MVP candidate until suffering a late season knee injury.

Not only has he had an effect on the field, but Volcano, a song by Shy Glizzy, also has multiple references of Gurley himself. Being referenced in a song is the gold standard – that’s how you know you’ve made it. 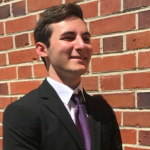