The Super Bowl hangover. Almost every losing team experiences this in one way or another and Los Angeles Rams fans certainly experienced this the morning after the Super Bowl loss as well. The best way to cure the hangover is by having plenty of young and hungry players who are trying to prove something this season. Here are five players who will be looking to prove something this season and could help the Rams reach the Super bowl in back-to-back years. 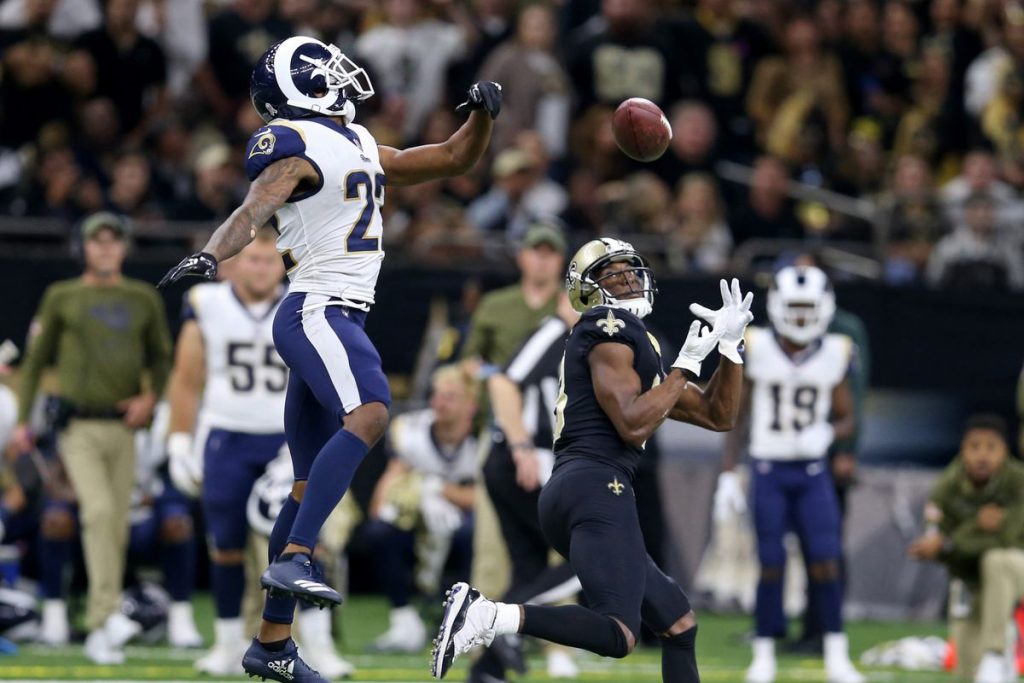 Marcus Peters. is one of the most exciting players in the league and is an elite ballhawk who had Rams fans going crazy when the team acquired him last offseason. Part of “Lock Angeles”, Peters was supposed to dominate alongside Aqib Talib and Nickell Robey-Coleman in the secondary.

Well, things didn’t exactly go that way and although most blame was shifted towards Marcus Peters, it’s not necessarily fair. Peters injured his calf in a Week 3 matchup against the Los Angeles Chargers and in the same game that Aqib Talib suffered a more serious ankle injury. In a normal situation, Peters would’ve sat out a couple weeks to heal up, but due to the lack of secondary depth, Peters decided to suit up just four days later in a Thursday night matchup against the Minnesota Vikings. Clearly bothered by the injury, Peters relied on his instincts rather than his abilities which were exposed while covering Mike Thomas in a Week 9 matchup against the New Orleans Saints.

Entering this season healthy, Peters needs to prove himself to the Rams organization that he’s worth the likely record breaking-extension during the offseason that would surpass Xavien Howards 5-year, $76.5M extension. If the Rams are still not fully convinced after this season they could use their franchise tag on him as they did with Trumaine Johnson, but even with this extended control, history is not on Peters side. The Rams have let several key members of the secondary walk such as Janoris Jenkins, Trumaine Johnson, Rodney McCloud, T.J. McDonald, and most recently LaMarcus Joyner. Peters will have to prove that he’s worth breaking this trend for.

Conclusion: A lot of cash is on the table for Peters and more importantly the opportunity to choose his own destiny rather than be stuck under the franchise tag. 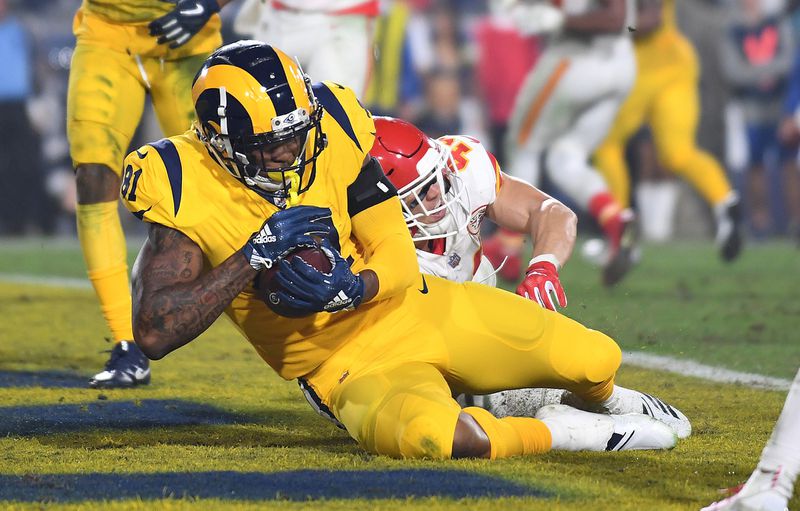 The first pick in the Sean Mcvay era has been surrounded by hype his entire career. Year after year Everett is projected to be a breakout candidate and take the Rams offense to “New Heights”. However, entering his third season in the league, he has only amassed 564 career yards and 5 touchdown. But it’s just not the fans and media who set higher standards.

The Rams actively shoppedTyler Higbee before the draft for only a 6th round pick, leaving Evrerett as presumably as ‘the guy’. Although the Rams clearly expected Everett to make the jump last year, he was never able to overtake Higbee for the starting role and instead became a hybrid player, lining up outside as well as inside.

One of the reasons that Everett was never able to claim the starting role was because his blocking skills hadn’t quite developed as fast as the team had hoped, but things might be shifting in a new direction.

““I feel like a better version of myself in reference to last year. Just older, a little bit wiser on the field, just more of a complete pro. I feel like I’m a way better blocker than I was last year, so just feeling like an actual tight end now more so than just a receiving tight end.” – Gerald Everett via TheRams.com

The ability to block will be as important as it has ever been this season after losing Rodger Saffold and John Sullivan in free agency. If Everett truly did improve as a blocker then this should lead to more snaps for the third-year year tight end. Combined with his ability to lineup practically anywhere on the field, this could make him a nightmare for linebacker everywhere.

Conclusion: If Everett fails to deliver this season he still has some time but the once-promising career could be dwindling. 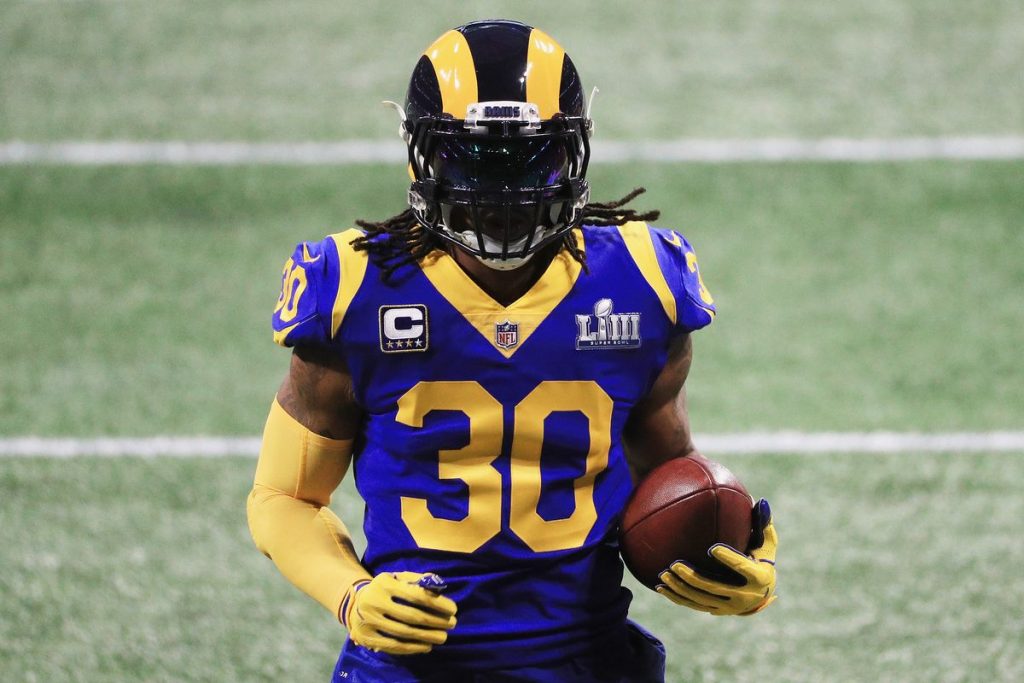 It’s weird to include Todd Gurley on this list because he really doesn’t have anything left to prove career-wise. He’s been voted First Team All-Pro twice, was voted the 2017 AP Offensive Player of the Year, and was an MVP finalist. However, Gurley does have something to prove this season as he recovers from a mysterious knee injury many fans and reporters have been left to speculate on all offseason.

Reports by Ian Rapaport such as “The days of Todd Gurley just being the straight-up, every-down bell cow are probably over, just based on his knee, his age, the position, the number of carries he’s had,” are fuel to the fire that perhaps the Gurley Rams fans know, is gone. The addition of third-round pick Darrell Henderson also has scared some fans as he could potentially be used as a replacement.

It doesn’t look like Gurley’s career is over, or that Henderson is his replacement, or that the Rams will take a running back in next years draft. Recently, the Rams have provided more insight and answers about Gurley and how they prepared this offseason to try and prevent injury. Specifics are still vague because of how Coach Sean Mcvay and Gurley have handled the situation thus far. However, it appears that the Rams are pleased as Gurley has done everything that has been asked of him in regards to his rehab program this offseason. The same pressure that followed Gurley entering the league has returned and Gurley is going to handle it the same way as he did before – with his play.

Overall: As a fan I’m concerned of course but Mcvay has never given us a reason to doubt him so until proven wrong I’m going to trust him on this one. 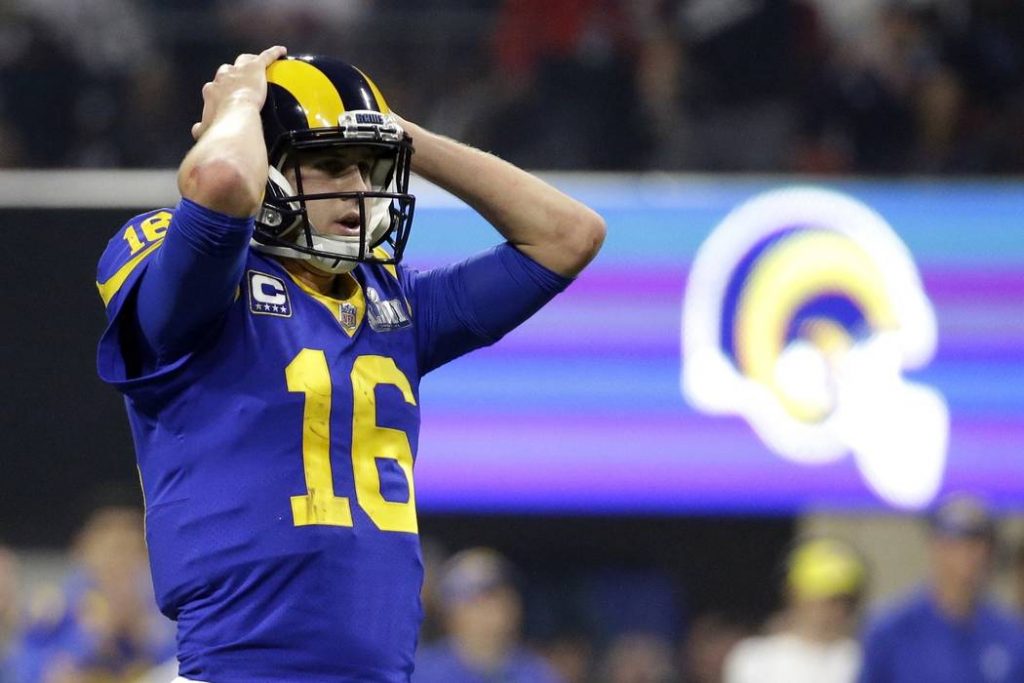 It seems like anything Jared Goff does, it just isn’t good enough. Coming off of a career year in which he threw for 4,688 yards and 32 touchdowns and had Rams fans salivating over some of the big-time plays, it doesn’t seem to be enough for the “experts” out there. Many continue to question whether or not Goff is going to be worth the massive deal he will eventually earn. Some have even going as far as to claim that he might not even earn a second contract with the rams.

After finishing fourth in passing yards, tied for sixth in passing touchdown, recorded the 8th best passer rating, and had four game winning drives – he still has something to prove. He did struggle towards the end of the season in matchups against the Lions, Bears, and Eagles and has to prove that he can be consistent for all 16 games.

The franchise and fans remain committed to Goff, but he still has to prove himself to guys like Mike Florio that he’s worth the investment.

Overall: Goff really only needs to prove his worth to members of the media who consistently try to make him fit their agenda. As long as he continues to play his game and improve he’ll be extended by this time next year. 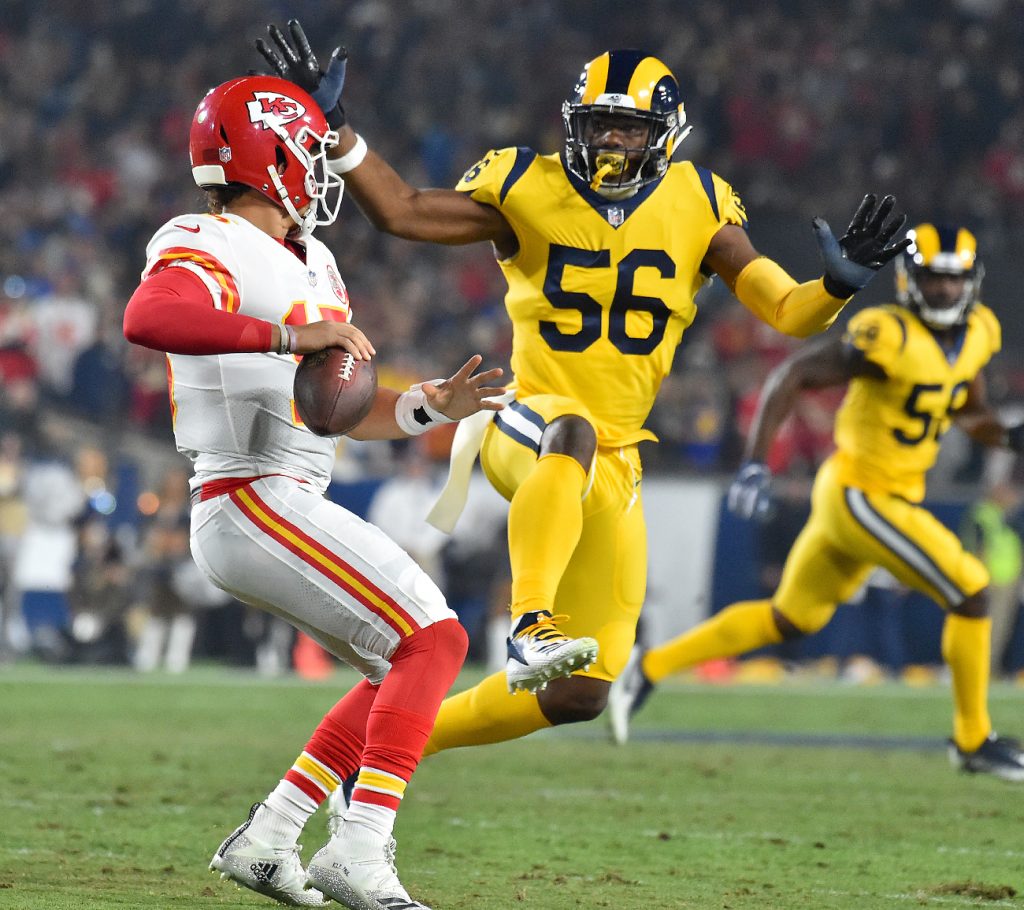 The Rams showed commitment to the former No. 3 overall pick after signing him to a 1 year, $14M ‘prove it’ deal this offseason. After a disappointing tenure in Jacksonville, Fowler started to come into his own once he was traded to the Rams and broke out in the playoffs.

After only recording two sacks in eight games for the Rams last season, Fowler hopes to breakout this season, getting an opportunity to learn from Donald, Matthews ,and Brockers. Expectations aren’t through the roof as after Aaron Donald‘s 20.5 sacks last season the next highest on the roster was Cory Littleton’s four. Fowler will need to live up to his contract, but almost any contribution from him would be viewed as an improvement.

Fowler has a few things to prove this season and like Peters, his main goal is to secure a long term commitment. Unlike the Peters situation, the Rams have a history of extending players who play a similar role as Fowler.

Players such as Aaron Donald, Michael Brockers, and Robert Quinn have all earned extensions from the franchise. If Fowler is able to deliver this season then it could force the Rams in a tough spot of deciding between him and Peters. Fowler enters this season with a chance to prove that he was worth the No. 3 overall selection in 2015 and that he is worth a long term investment from a franchise

Overall: Expectations are high this year as Fowler is expected to bolster the D-line and add some much-needed pressure from a player not named Aaron Donald.

Who is the Current Face of Los Angeles Sports and the Rams?