Fantasy football season is fast approaching and that means it is time to take a look at four of last year’s rookie running backs. In this one, we will highlight these four as guys with the ability to potentially breakout if given the opportunity. With the NFL becoming more of a committee backfield type of league, there are now more opportunities to make your presence known at the running back position. 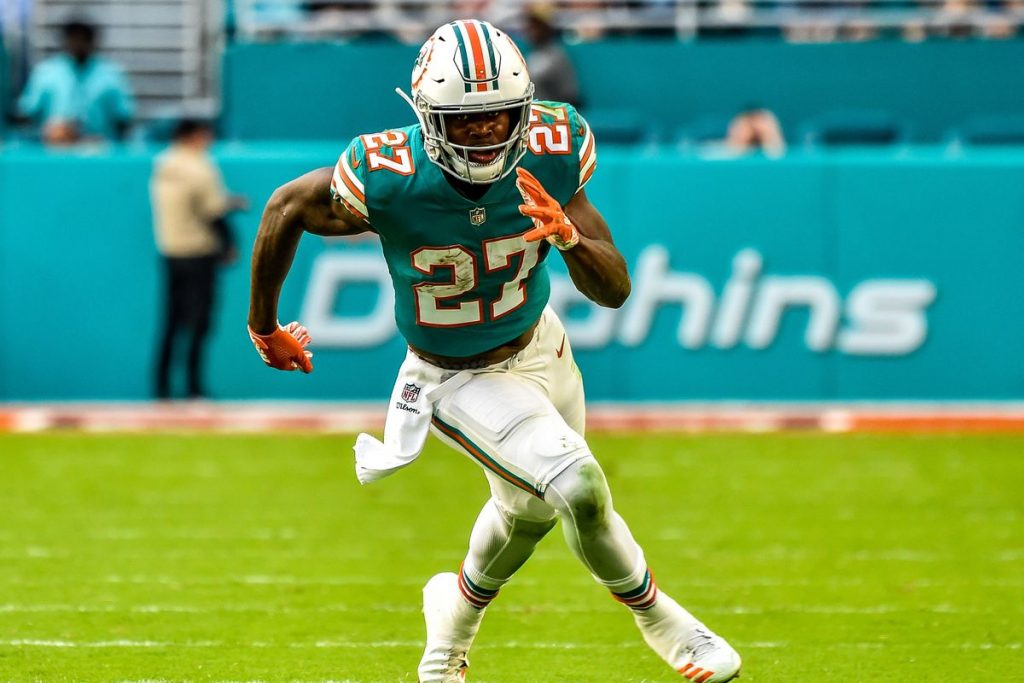 The former Arizona State running back has limitless potential. Unfortunately, he is in Miami which is the same place they continue to hold back a potential star running back in Kenyan Drake. That likely won’t be the case any longer though, which means Kalen Ballage is going to have to fight, scratch, and claw his way into receiving carries in 2019. The former fourth-round pick showed off his exceptional burst a few times last year hitting the open field hard and hitting that next gear as a runner. Ballage has always been the physical freak that probably shouldn’t be running in the 4.4’s.

Ballage on 36 carries last year finished with 191 yards (5.3 yards per carry), and a touchdown. The rookie also added 56 yards on nine catches. The problem for Ballage last year was the fact he was behind aforementioned Drake, but that also included future Hall of Fame running back Frank Gore. Now, Gore has left and it’s between Ballage and Drake with the edge going to the one with seniority in Drake.

According to FantasyPros.com, Ballage and the Dolphins have the 6th easiest strength of schedule for running backs. With an average draft position of 134, it’s not hard to see why Ballage could make a name for himself this year. The former Sun Devil caught 82 passes in college and will be primed to catch plenty of passes in the NFL. With Josh Rosen or Ryan Fitzpatrick, Ballage could easily be the safety net back when needed. Ballage could see a big-time boost this year in certain situations. PPR leagues are where Ballage could really help, but that’s if nothing happens to Kenyan Drake in a grueling 16 game season. You cannot assume that will be the case and if Drake at any point is unable to go, Ballage could be in for a breakout.

Whether playing daily fantasy football, dynasty or getting ready to draft a new team from scratch this year, do not forget about Ballage in the 100’s. He could help win your fantasy league if given the opportunity. 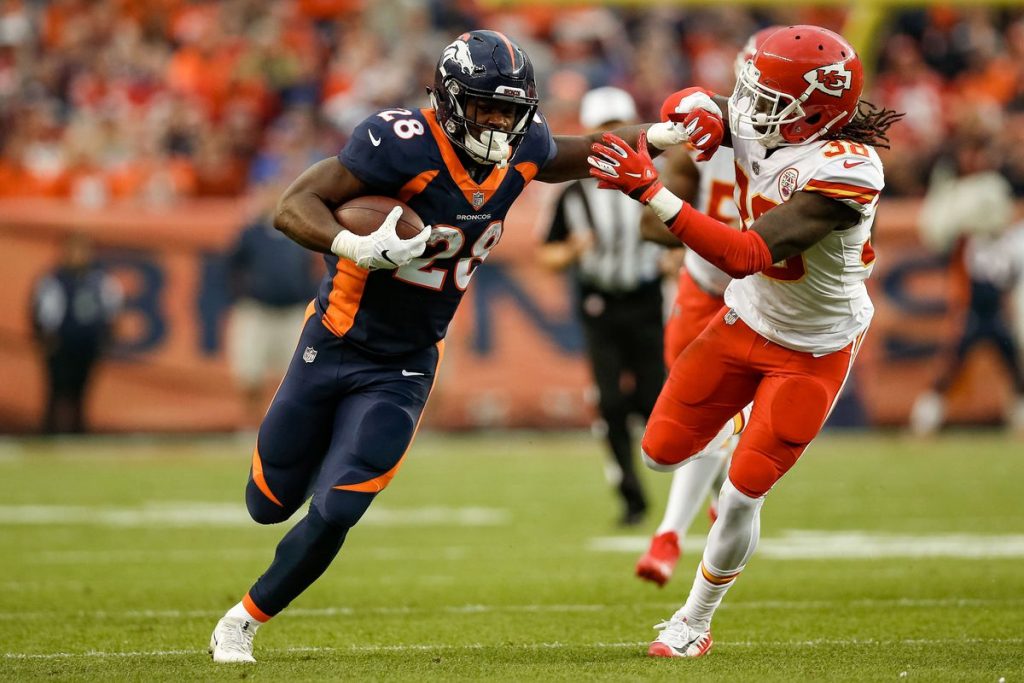 The star Oregon Duck running back finished with 5,621 yards rushing and 60 touchdowns in his decorated college career. Royce Freeman, despite the massive production in college, flew under the radar when the Denver Broncos made him their third-round selection in 2018. In fact, many were a little surprised when they made him their selection.

Freeman eventually started to turn the doubters into believers with a strong camp which ultimately earned him the starting job in Denver. Things went south in a hurry as Freeman immediately split his carries 50/50 in the opener with undrafted free agent running back Philip Lindsay. After that game, it just seemed like the coaching staff saw enough from Lindsay that they ended up making him the go-to back.

Lindsay finished with over 1,000 yards rushing and nine rushing touchdowns while Freeman quietly finished with 500-plus yards and five touchdowns. It was apparent that Freeman had become the goal line guy in a situation that was once his starting gig.

Before doubting that Freeman could breakout after a not-so-stellar rookie campaign, hear me out. Freeman is still a talented running back and there is a chance what Lindsay did last year was an anomaly. It’s not extremely likely but it is possible and if that’s the case then you could really see Freeman step up. According to FantasyPros.com,  Freeman is expected to go up against a favorable schedule for running backs as they rank it tenth weakest schedule defending running backs in the league. What was extremely encouraging, however, was the fact in the last game of the year when Lindsay didn’t play due to an injury, Freeman displayed it all.

In the season finale against the playoff-bound Chargers that couldn’t rest their players due to seeding, Freeman actually put together over 100 yards of total offense. He had 60 yards rushing on 17 carries but added 43 yards on eight receptions which is promising in a PPR format for Freeman. With Freeman’s success going forward, it will be interesting to see if the Broncos continue to use him in that role. Lindsay has a legitimate argument as a top 10 running back in 2019, but Freeman has potential as a lethal change of pace play and could end up with double-digit touchdowns. Freeman had five this past year and could add to that if he becomes the goal line back moving forward or if Lindsay goes down or struggles. 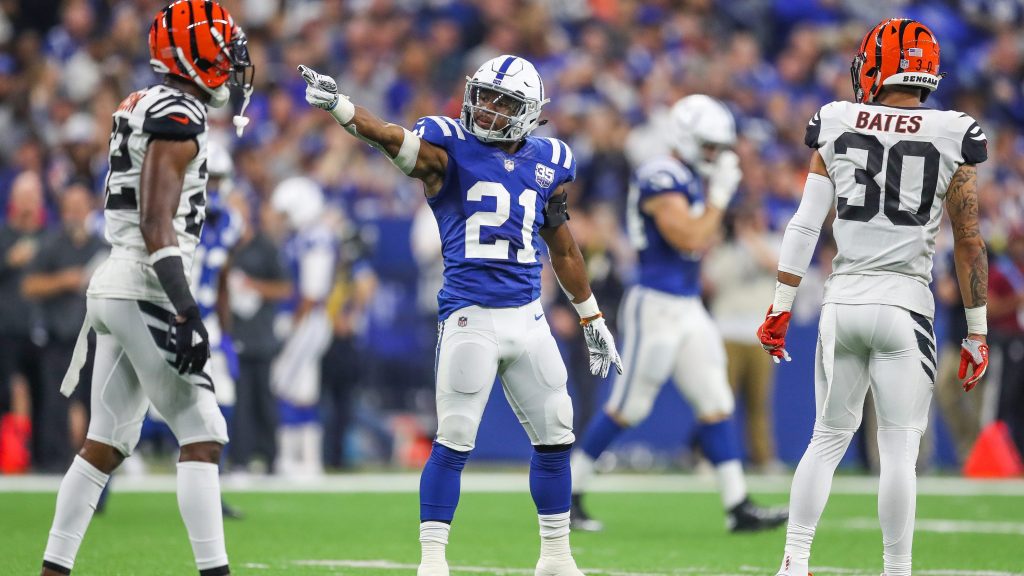 Nyheim Hines split time with Jaylen Samuels (who also found this list) while at NC State. The Colts took the talented receiving back in the fourth round of the draft along with Ole Miss’ Jordan Wilkins to go along with Marlon Mack. Mack’s health was a concern to start the season, so it was up to the rookies and Christine Michael. Wilkins received the bulk of the carries while Hines was used more as a pass catcher.

Hines from his days in college has shown that he can win as a running back on all levels. He has incredible balance, he’s a great pass catcher with a particular set of skills running routes, and creating yards after the catch. The Colts running back showed some flashes last year but for the most part, he was covered up as a running back and was mainly utilized as just a pure receiver. Once Mack came back, he assumed the the starting role while also ascending to a level of play he had never ascended to before. With that, Hines was pretty much locked out of the Indianapolis backfield along with Wilkins.

The thing that is important to remember is that Wilkins is closer in build to Mack than Hines is. That’s a good thing for Hines moving forward. When the Colts drafted Wilkins, that just screamed Mack insurance to me. If I’m a Hines owner, I’m optimistic for the future as he could be utilized in a Chris Thompson type of role. That may not be the best way to utilize Hines, but it would be impossible for the Colts to bench Mack after the season he had.

According to FantasyPros, Hines and the Colts running backs have the 11th easiest schedule this season to face on the ground. The thing that is worrisome about Hines, is the fact the Colts added Spencer Ware to the offense, leading to potential a ‘too many cooks in the kitchen’ problem. Simply put, f you are playing a standard league with no PPR, I wouldn’t advise owning Hines.  However, if you are in a dynasty PPR format, then Hines becomes a necessity to grab. When you look at Mack’s injury history, it’s not hard to see why one could imagine him going down again. With 85 carries and 81 targets in his rookie year, Hines has a chance to really build off of that. The only worry as far as strictly Hines goes, he was held to zero catches in the playoffs and did not finish the season well. You would have liked to have seen more out of Hines in a 31-13 beatdown against the Chiefs. 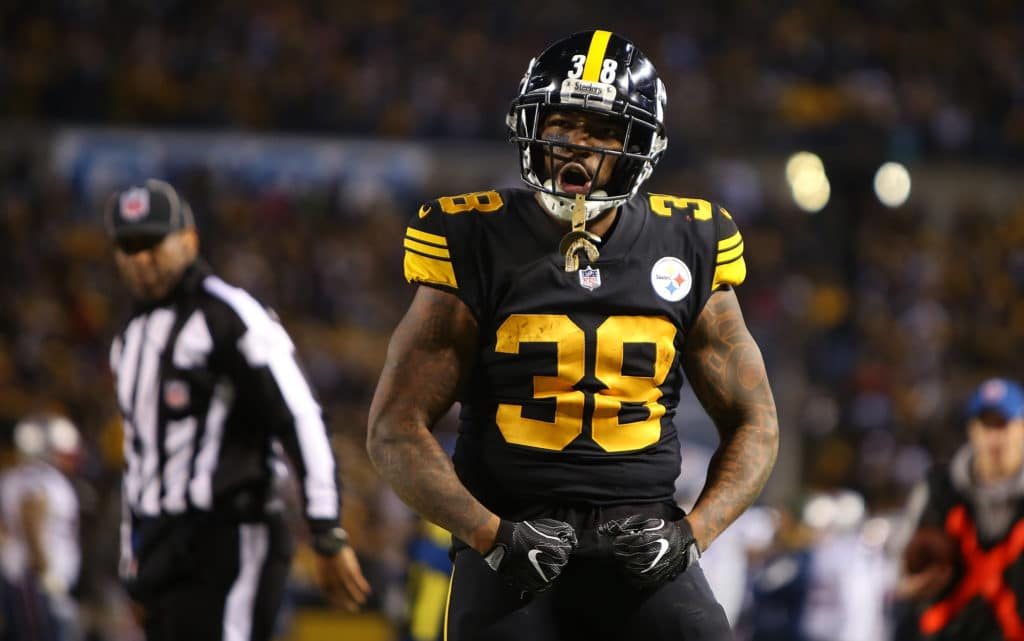 The biggest long-shot according to FantasyPros of the bunch is Jaylen Samuels. He filled in extremely well for James Conner when he was out with an injury, rushing for 142 yards on 19 carries against the Patriots. The idea from many is that Samuels can’t make an impact on the ground and is just a pass catcher. Samuels wasn’t utilized much before or after that, and then of course, Conner came back.

With Le’Veon Bell not returning, Conner is expected to assume control of the starting role for the second-straight season but that’s no reason to write off Samuels. Yes, the Steelers drafted Benny Snell Jr. but I would make the argument Samuels is much more valuable. Snell doesn’t have the homerun-hitting ability that would hurt Samuels’ stock. Snell could certainly become part of the role that saw former 1,000-yard rusher Stevan Ridley play, but make no mistake, Samuels is the guy to own after Conner on this depth chart.

When you put it into perspective, as great as Conner looked last year, it’s going to be hard to replicate that. Not only that, but Conner has had some injury troubles in the past. Samuels in standard formats is a bottom of the bench type, however, in PPR dynasty formats Samuels is very valuable and should be expected to have a role for a long time in a high-powered Steelers offense. The only worry with Samuels and the Steelers running backs is the fact that according to FantasyPros.com, the team will go up against the 11th toughest schedule for running backs this year. Not ideal.

Numbers to Know For Each Los Angeles Rams Rookie