EA Sports’ Madden NFL franchise has been huge for the video game and football fan community. It’s become such a big deal that many will just look at the overall ratings or attributes that the video game assigns to a specific player in an effort to better understand the tier that player is on.  In this two-piece series, I will look to assign my own overall ratings for each player on the Rams. 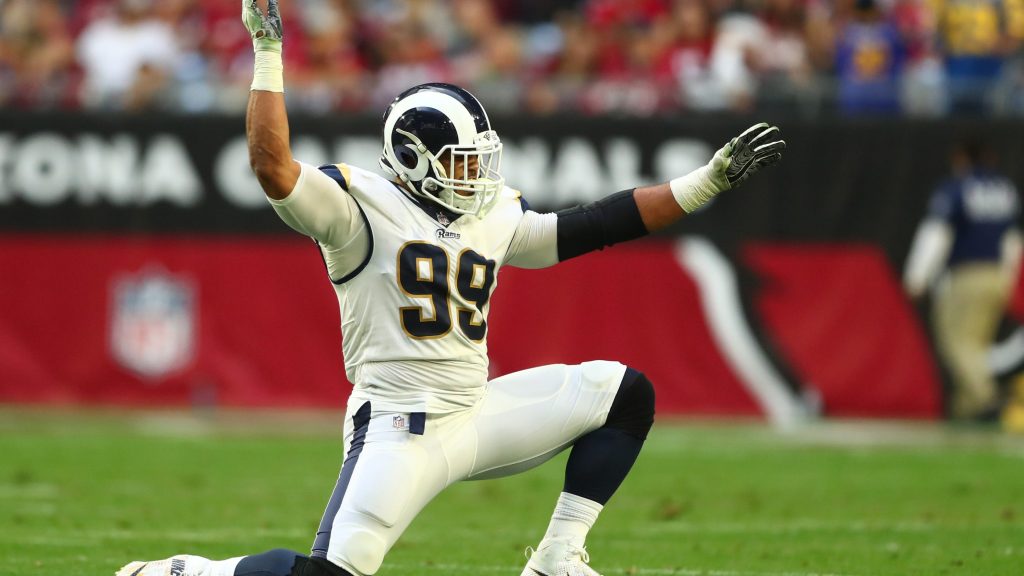 This is the easiest rating and it’s so easy there is zero chance Madden could even get this wrong. Aaron Donald is the best player in the NFL and he’s already a future Hall of Famer. Donald has played in almost every game since entering the league in 2014. The only games he’s missed are the two in which he held out week one of 2017 and the last game of 2017 when he was rested ahead of the playoffs. Donald has racked up a whopping 59.5 sacks – 20.5 of which came last year in one of the most dominant seasons ever for a defensive lineman. Donald’s combination of technique, speed, quickness, and creativity makes him absolutely lethal and worthy of a 99 overall rating. If you remember how NFL 2K football used to have a 100 overall rating cap, Donald would most certainly be in the 100 club if possible. 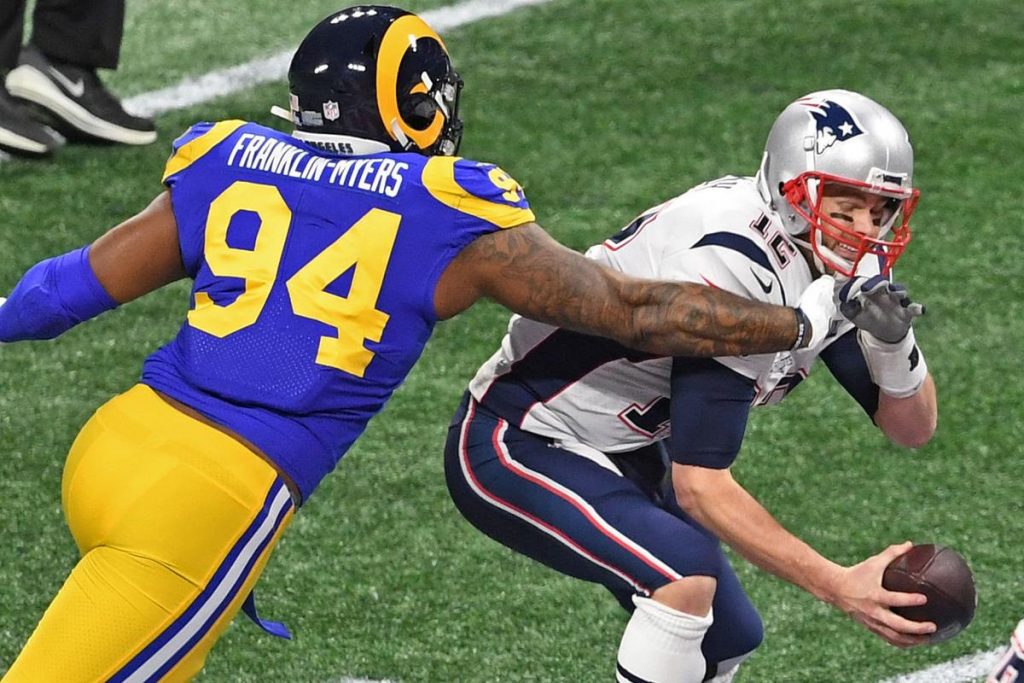 I question how much the ratings guys at Madden watched John Franklin-Myers since he finished the season with a 71 overall rating. Without Franklin-Meryers, the Rams may not have wrapped up and sealed the win against the Vikings earlier in the season and the wouldn’t have forced that fumble on Tom Brady in the Super Bowl. There wasn’t a ton of playing time to go around, but he was named Rams Rookie of the Year despite his limited opportunity.  Franklin-Myers displays the ability to convert speed-to-power, and he’s only going to get better this season starting alongside Donald and Michael Brockers. Madden is way too low on JFM, so I’m giving him a 79 overall rating. 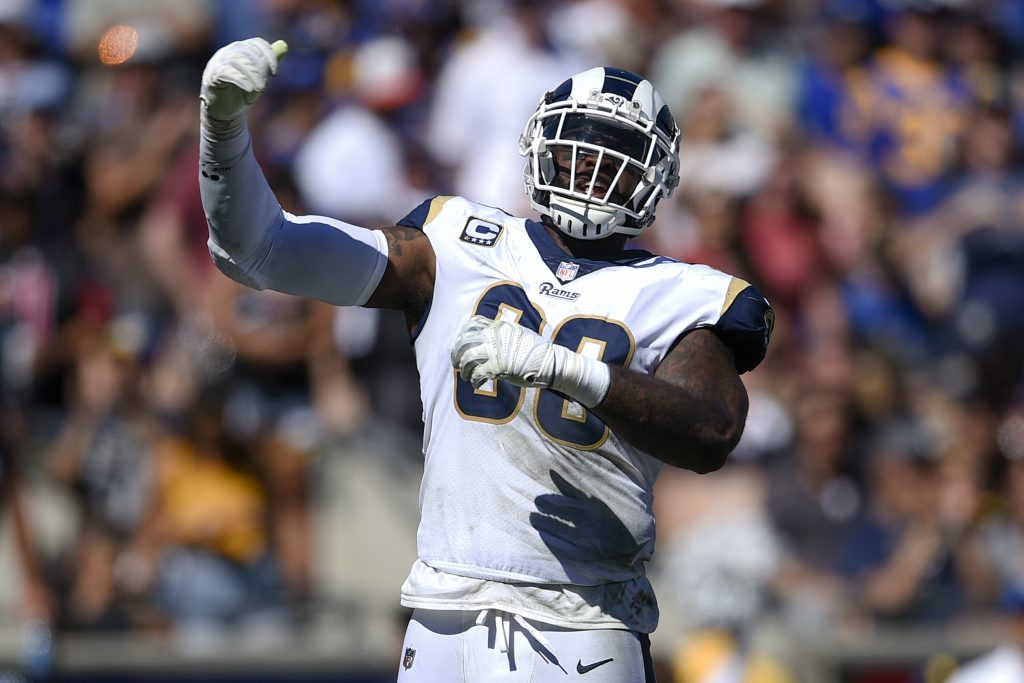 The rating is higher than I would have anticipated for Madden but it makes sense. Last year, Brockers had his worst season but for a while he never received the credit and recognition he deserved. The 28-year old found his success the year prior as a pass rusher but was asked to take a back seat when Ndamukong Suh joined the fray. His importance as a run stopper should not go unnoticed and it certainly wasn’t once he left the 2018 Wild Card round playoff game against the Atlanta Falcons. Brockers is the lifeblood of the run defense and so he ends up with a solid 87 overall rating. 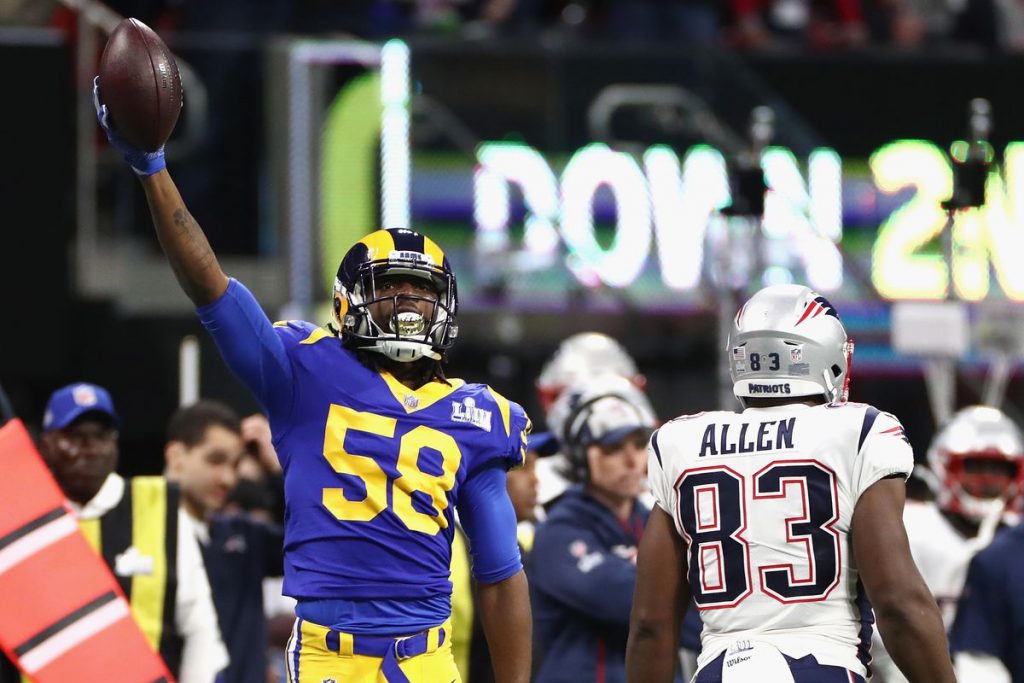 The Rams originally planned on keeping their former first-round pick Alec Ogletree as their starting inside linebacker for the long haul. Well, Cory Littleton exhibited some special characteristics and traits that jumped out to the coaching staff and ultimately led to the Rams deciding to trade away Ogletree, the player they had just signed to an extension. Littleton has some fans and some “haters” but many can agree he was a big piece in the Rams making the Super Bowl last year. The former special teams ace specialist moved into the big time role of calling the defense at inside backer. He racked up 166 combined tackles which included 13 pass breakups, three interceptions, and four sacks. The first-year starter proved himself enough in my eyes to earn a rating in the 80s. Not sure what Madden was watching all season though. 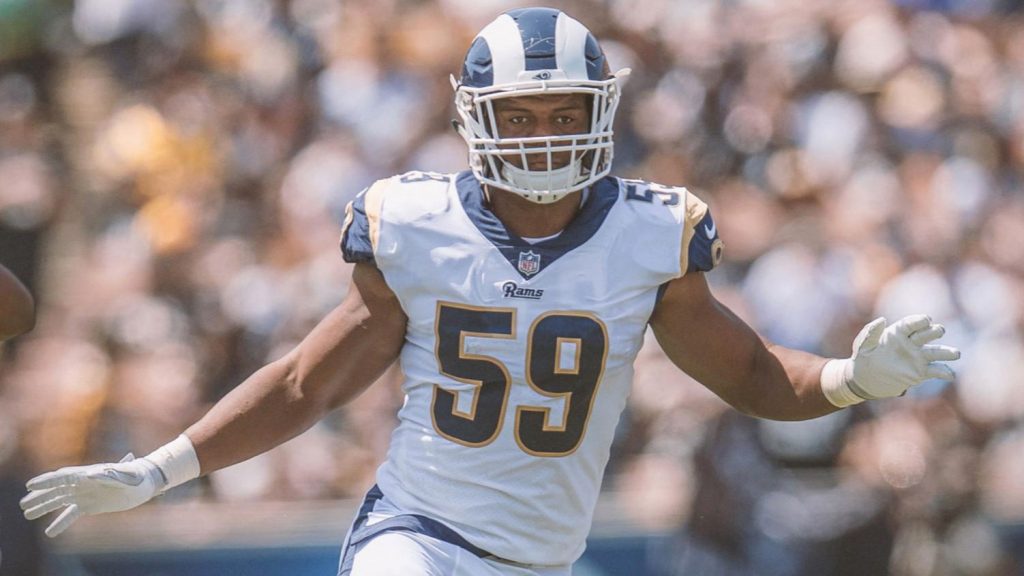 Micah Kiser is lined up to start this season for the Rams. He had hardly any defensive experience last year as he was all special teams, but where I would have ranked him coming into the season would have been a 72 overall and that’s why it stays that way in this piece. Madden believed he was below a 70 and I just don’t see that. However, because he didn’t muster much of anything his rookie year I can’t improve his overall rating just yet. 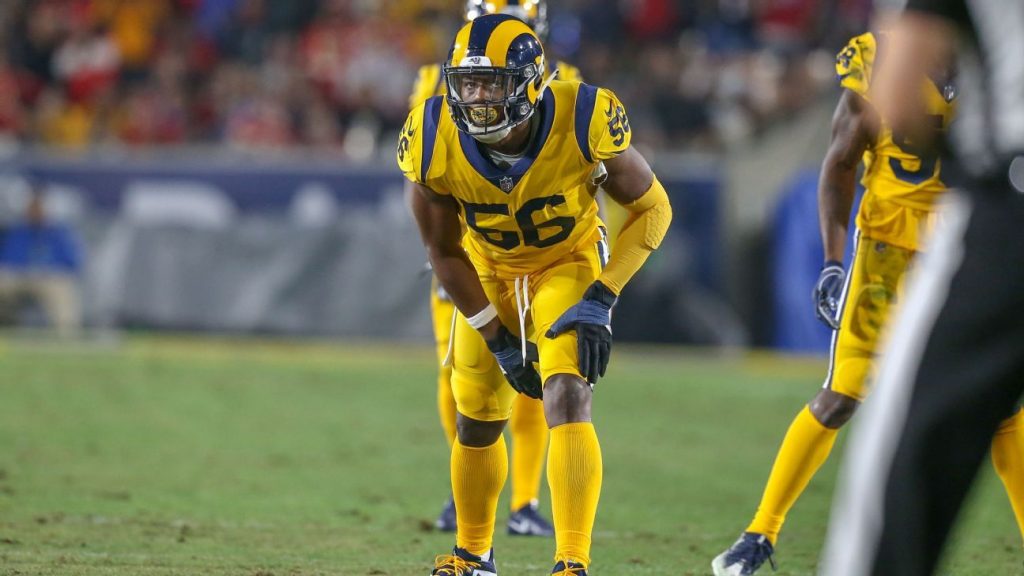 Originally thought of to be a future superstar, Dante Fowler went from being drafted in the first round to being traded not long after. The Rams acquired Fowler for what he could bring off the edge as a speed rusher. Some could say without his play in the playoffs the Rams would not have made the Super Bowl. While the production wasn’t there for Fowler as he only notched four sacks, the talent level is too much to not put him in the 80s. Madden underrates the 24-year old pass rusher. He could very well put it all together this upcoming year with a full season under Wade Phillips. 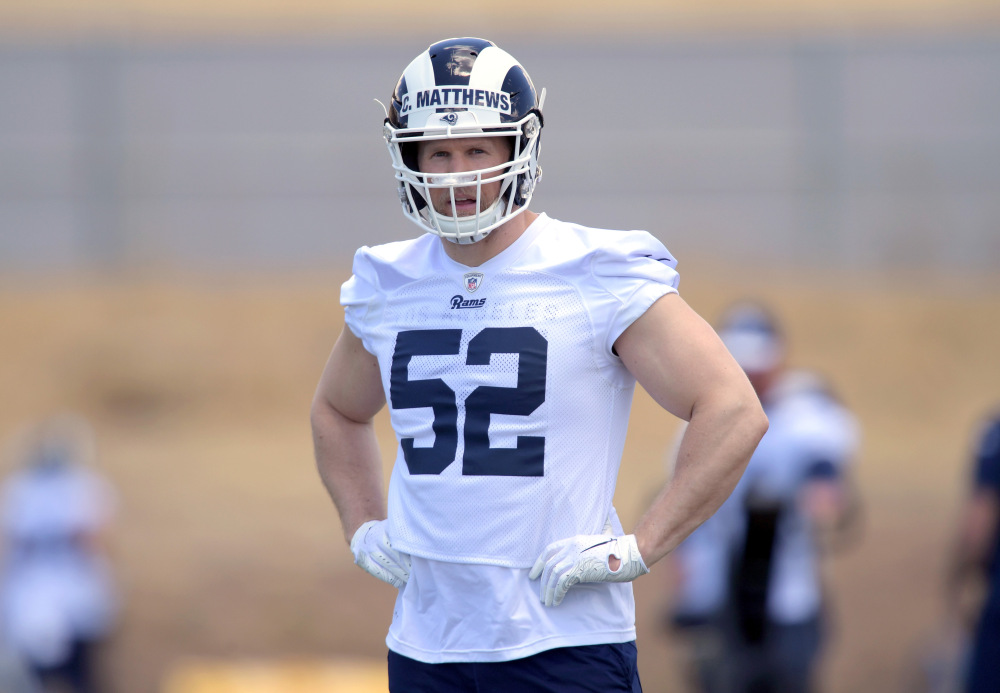 Samson Ebukam was expected to be the starter on the other side but then the Rams went out and added Clay Matthews to the fray after the Packers moved on from the talented pass rusher. The six-time Pro Bowler and Super Bowl champion has a career total of 83.5 sacks which includes 494 combined tackles and 15 forced fumbles. Matthews hasn’t logged double-digit sacks since 2014. He has dealt with some injuries and scheme changes but something could definitely change now that he’s playing alongside the talent he has next time to him in a combination of being coordinated by Wade Phillips. I tend to believe that Madden is on the money with this rating of Matthews and I will rate him the same. 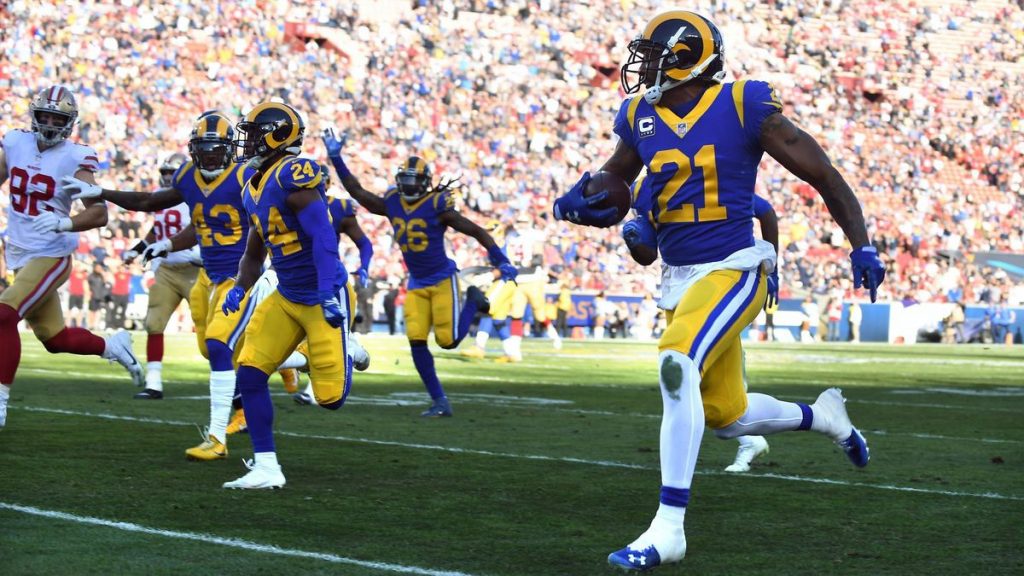 This is likely the last year the 33-year old Aqib Talib will be in Los Angeles but make no mistake, Talib is still one of the best in the business. Last year he was dealt a bad deck of cards with an injury in which robbed almost all of his season. Talib still came back and made an immediate impact that was infectious across the defense. For that reason, Talib remains at Madden’s 88 overall rating. 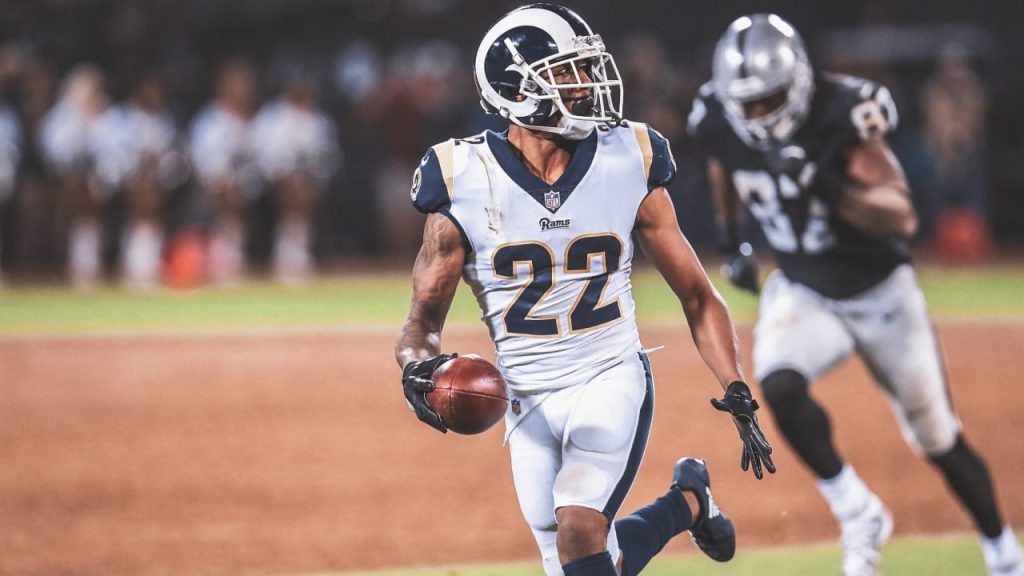 The 25-year old cornerback had a relatively disappointing first season in Los Angeles but even though it wasn’t the best he finished it off very well and it was well enough to suggest Peters could be back to his original form in 2019. Peters is not an elite corner at this moment but he can go back to being one. With 22 career interceptions, three touchdowns, 63 pass breakups and 587 interception return yards to his career total. Peters has the production to suggest he is one of the best corners in football and will recover from his down year. I can’t agree with Madden’s rating of an 84. I tend to think he’s on the same tier as Talib at the moment with an opportunity to climb up the ladder this year. 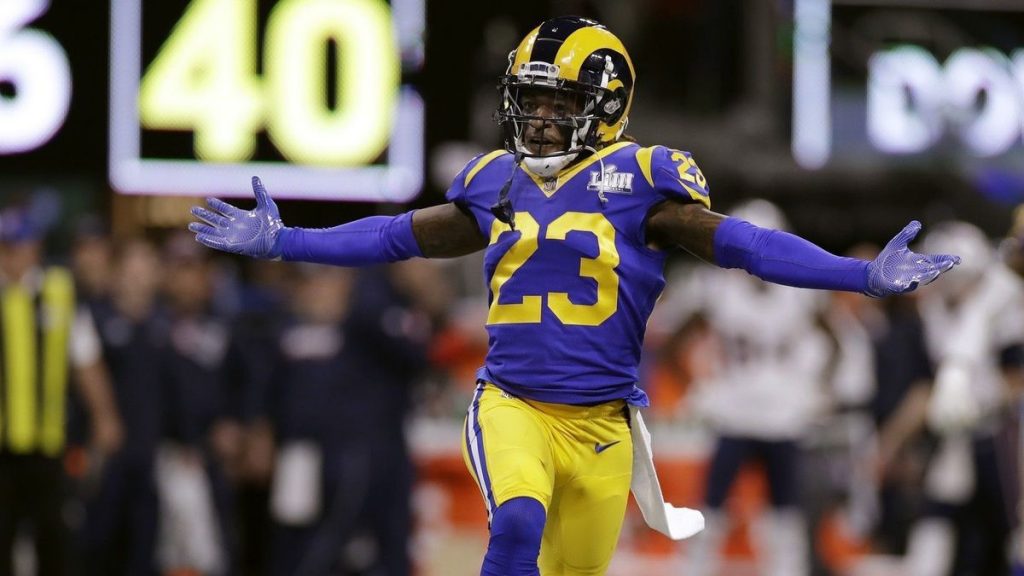 Nickell Robey-Coleman has been one of the more underrated players on this team and with Madden’s rating you could make the argument that may not be the case. While an 84 overall rating is a good one for Robey-Coleman, I tend to believe he’s almost on the same tier as Talib and Peters and that belief would be backed up by Pro Football Focus analytical data as well. Robey-Coleman simply plays the game as a nickel cornerback and he stands at 5-foot-7 weighing under 170 pounds, so it’s easy to see why many would turn a blind eye. Simply put, he is a very important piece to this defense and rightfully deserves to see a rating as high as 87. 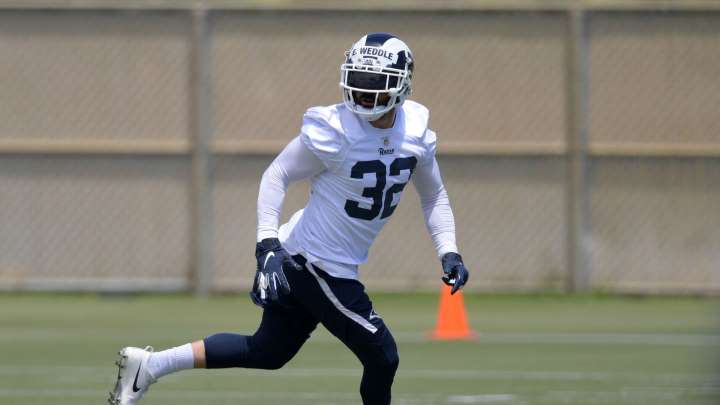 I’m a little confused on how Eric Weddle fell into the bottom 80s this past year. Weddle, by all means, is still one of the best in the business at his position. He may not have had the flashiest year as opposed to the 10 interceptions he logged the two years prior, but Weddle still does so much on defense. So much so, Weddle will be calling the defense this year for the Rams. He’s extremely intelligent, extremely versatile, his awareness is off the charts, and he always knows how to play his position. A player that has racked up a combined 1,000-plus tackles in his career deserves more respect from the Madden ratings team. 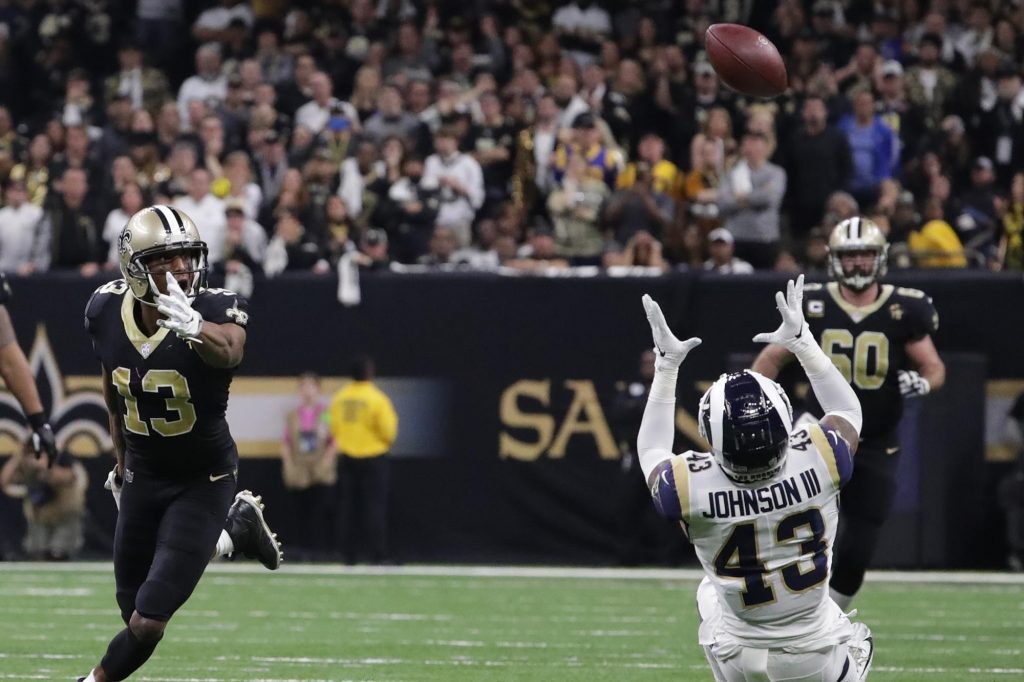 John Johnson is quickly becoming one of the young new stars at the safety position. He caught what was the game-sealing interception for the Rams to position themselves for a Super Bowl berth. The former third-round pick from Boston College racked up 119 combined tackles, four interceptions, a forced fumble, and 11 pass breakups. Madden is on the right track, but with Johnson III, there could have been a higher rating. I wouldn’t be shocked if I find him in the 90s halfway through this year. 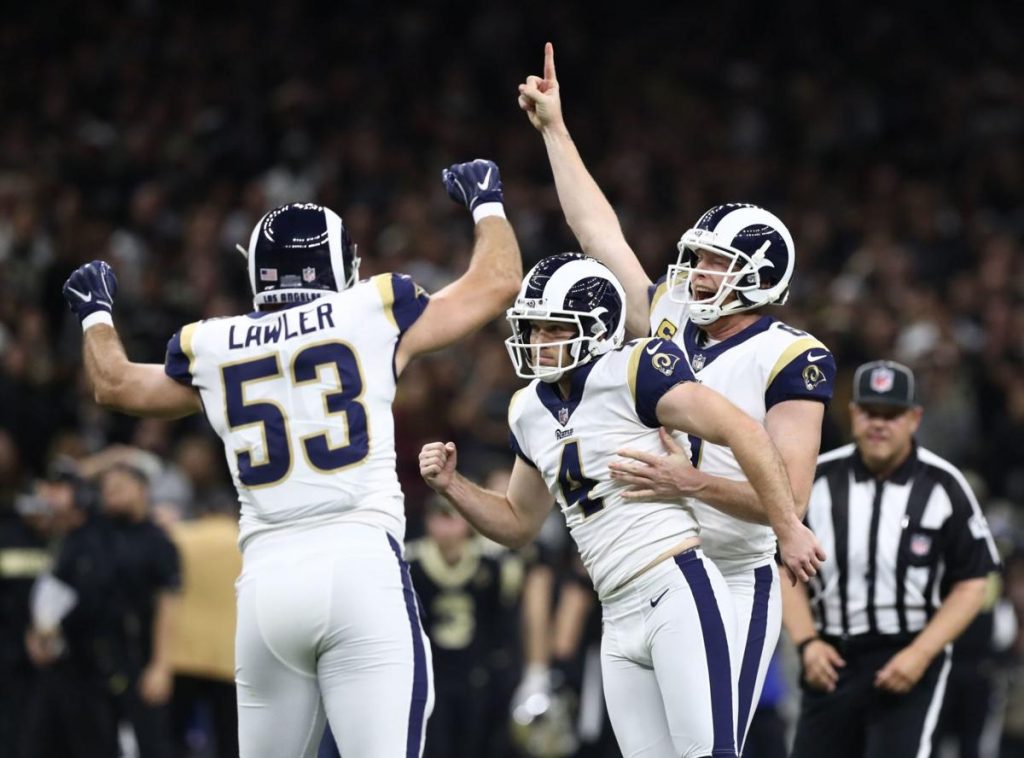 Johnny Hekker is the best punter of all time. Yup, I said it. He doesn’t get a 99 overall because I want it to be known that I feel like only Aaron Donald and Aaron Rodgers are 99 overall players. Greg Zuerlein is the best kicker in the league and while he has had health issues lately with a groin and back issue, injuries do not affect an overall rating.