We see it all of the time in the NFL, quite honestly, it’s taking over. What is that? It’s the committee backfield. Teams are slowly but surely starting to show a preference for a stable of running backs over having one bell cow like how football used to be. The Rams made their first third-round selection in the 2019 NFL Draft a running back when they already have the best one in the league in Todd Gurley. 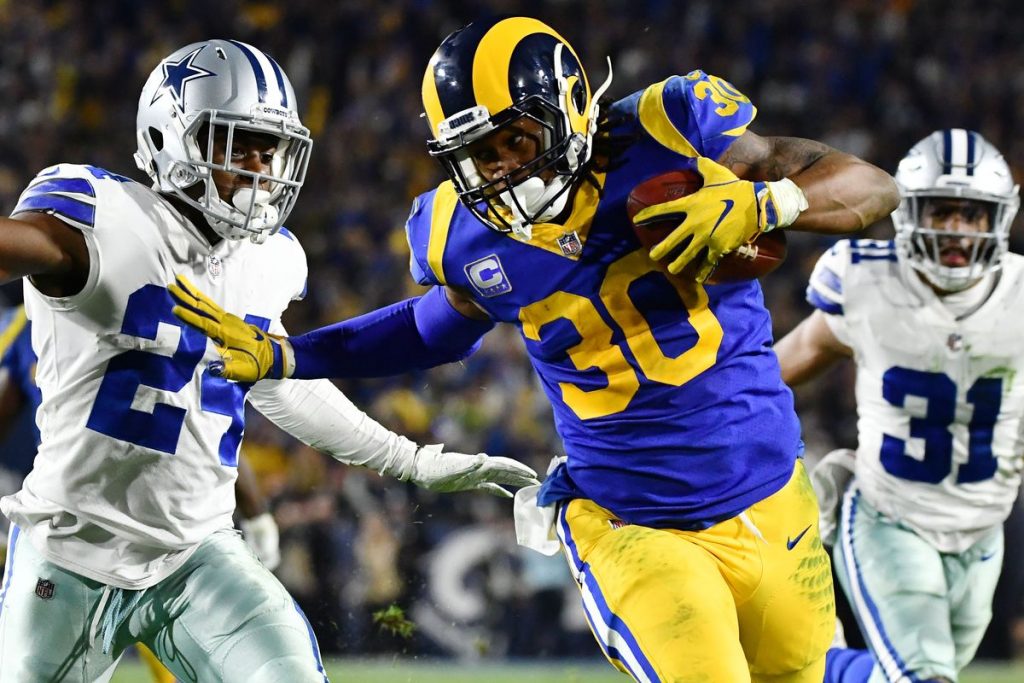 That running back is none other than former Memphis star Darrell Henderson. Henderson will don the number 27 similar to the last third-round running back the Rams selected in the form of Auburn star Tre Mason. That story didn’t end the way we expected but that was more about off-the-field events than his on-field production. Like Mason, Henderson possesses that same breakaway speed and one-cut ability which is highly-coveted in today’s game. Pro Football Focus LA Rams account states below that Henderson was the fifth-highest ranked drafted RB and maintained a 70.8% breakaway rate which shows right there he is a home run hitter.

Rams GM Les Snead said Todd Gurley (knee) is unlikely to play in the preseason (via @LindseyThiry). 3rd-round pick Darrell Henderson, PFF’s 5th-ranked draft-eligible RB, maintained a 70.8% breakaway rate in his final year at Memphis and will fill in for the battered Gurley. pic.twitter.com/p760QLwUNf

The Rams new running back has broken records at every level dating back to his days in pee wee football. However, the NFL is a different animal and of course, Henderson knows that. In college, Henderson recorded 3,545 yards and 36 total touchdowns in his three seasons. He averaged 8.2 yards per carry and may have well been considered a video game running back.

RB Darrell Henderson is playing on “Rookie” difficulty in 2018 ? pic.twitter.com/Wox5n9zaG3

The questioning of the draft pick from fans makes sense to a degree when you consider the Rams have solid RB Malcolm Brown under contract until 2021 and 2018 6th-round pick John Kelly until 2022 on top of the fact the organization just made 24-year old star RB Todd Gurley a Ram until 2024. Sometimes, there are opportunities you cannot pass up and for the Rams and for me Darrell Henderson in the third-round was exactly that circumstance. Henderson, by all accounts, have what it takes to backup Gurley but with the recent knee concerns of Gurley, Henderson can absolutely take over as the starter if need be. Here’s the thing though and I want to stress this: Darrell Henderson does not have to be a starter to become a star. The Rams are going to have a lethal offense and were going to have one with or without Henderson on the roster. However, that’s just it, Henderson is on the roster and he brings another element to the fray.

This is eerily similar to when the Saints brought in a second-day draft pick at RB to go along with their former first-round RB. In this case, we are talking about Alvin Kamara and Mark Ingram. Ingram is now the starting back in Baltimore and Kamara has taken over as the lead back in New Orleans. Now, that is not guaranteed or really likely to happen for Todd Gurley and Darrell Henderson. We’ve seen a dual backfield work many times in this league more than just Kamara and Ingram. It wasn’t that long ago the Carolina Panthers had Jonathan Stewart and DeAngelo Williams, Carolina did that beforehand to help lead them to the Super Bowl with Stephen Davis and DeShaun Foster. Having that change-of-pace in your arsenal genuinely helps. 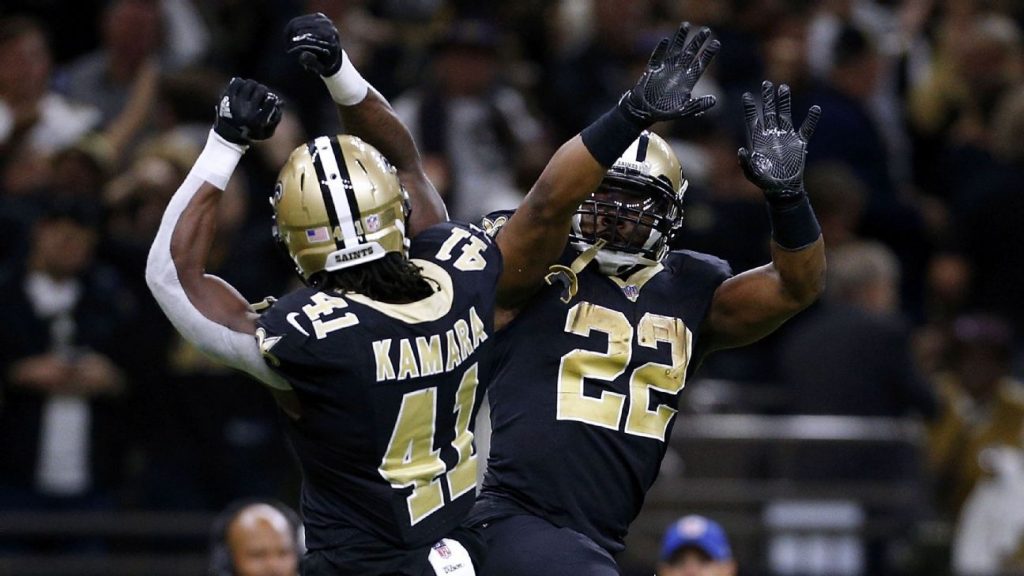 Henderson is going to get a chance immediately to set the tone. The Rams and mainly Head coach Sean McVay have already spoken about putting a plan in place for Gurley. They are going to limit him to a degree due to his reported arthritis and while they will plan on utilizing a running back they gave a two-year deal to in Malcolm Brown, don’t be so sure Henderson will get left out of the fray. I would say this, regardless of the fact Henderson is likely not going to be the starter unless Gurley goes down with an injury, Henderson would still easily be my pick out of all the running backs from this draft to have the best year and a serious candidate to win Offensive Rookie of the Year. Why would you say that? His overall game and before you make the argument that Henderson didn’t have much success in the passing game in college, let me just first stop you there. Memphis also had running back Tony Pollard who has since been drafted by the Dallas Cowboys. He had over 1,000 yards from scrimmage and nine touchdowns just last year on the same team as Henderson.

One of the main examples of how Henderson can be a star. Gurley is going to go over the 1,000-yard mark again if he stays healthy but the question is: How often will Gurley be used in the passing game now with Henderson? That’s a legitimate question, coming into the league aforementioned Alvin Kamara didn’t blow people away with his receiving game but when he hit the NFL that was the first thing that stood out as he was the change-of-pace back to Ingram. There is no reason the former Memphis star running back can’t emulate what Kamara did.

By adding Henderson to the fold and assuming he develops as a pass catcher, you would now have Todd Gurley, Darrell Henderson, Malcolm Brown, Robert Woods, Brandin Cooks, Cooper Kupp, Josh Reynolds, Gerald Everett and Tyler Higbee as weapons for fourth-year franchise QB Jared Goff. There is not an offense this deep on the offensive side of the ball in the entire league. Sean McVay is going into his third year as a Head coach and has already been to a Super Bowl and has improved every year. The Rams didn’t get Henderson for anything more than the fact he is going to be a damn good football player. If given the opportunity, which shouldn’t be too hard to do, Henderson will become one of the most feared change-of-pace backs in the game. As Henderson has said himself, this was the best situation for him and it’s going to be a dream to play in McVay’s offense. Moves like this, where the Rams went out and drafted his kid in the third round when everyone felt it was a mistake are how teams rise to the top and stay there.

This season should be a blast to watch a number 27 again in the backfield, wearing horns with a threat to always hit the home run at any time.