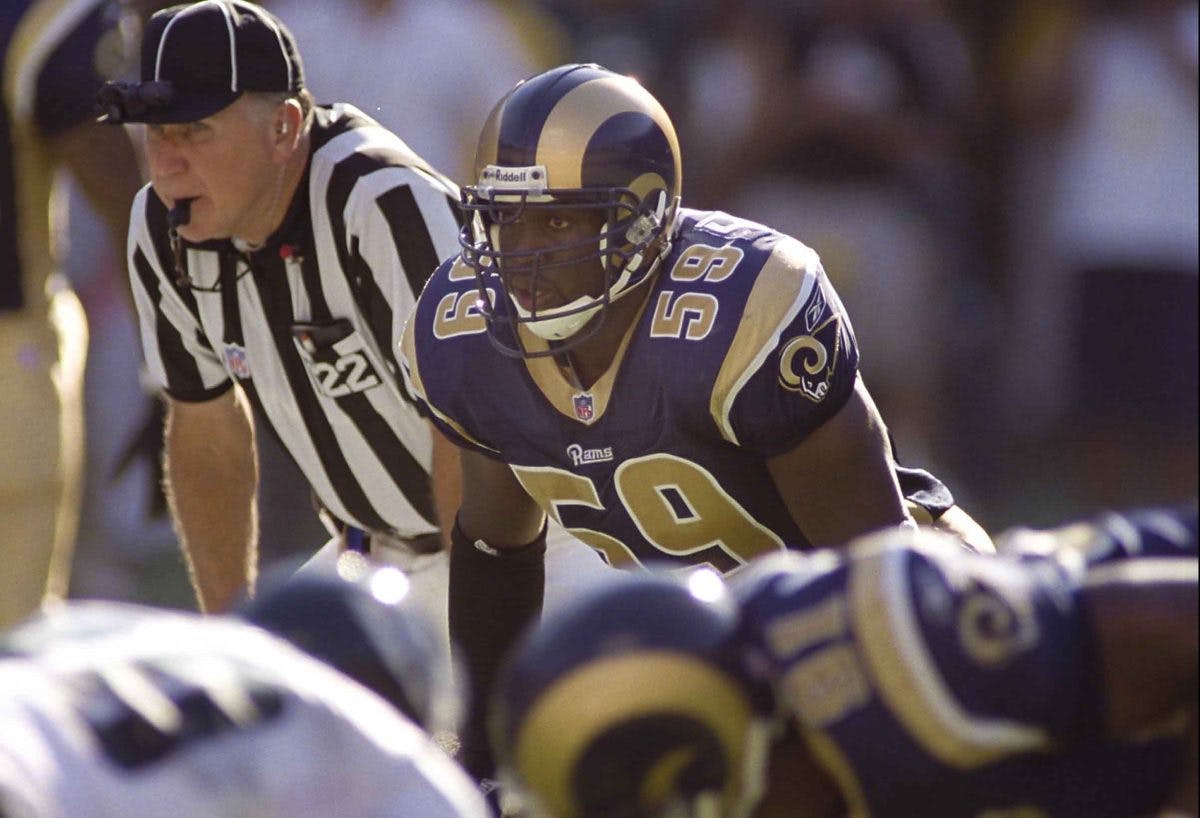 Rookie minicamps have been underway and the Los Angeles Rams have signed several undrafted free agents hoping that a few of them will stick and fill roles. I put together the best undrafted players in the Rams’ history to form one undrafted team. One note about these players: these players must have originally signed with the Rams. Therefore this excluded players like Kurt Warner and Danny Amendola. With that, let’s take a look at the roster!

When it comes to running backs, the Rams have been pretty lucky in their history. From Eric Dickerson to Marshall Faulk to Steven Jackson, and now Todd Gurley. The thing is, for the most part to get great players, you have to draft them. Dickerson, Faulk, Jackson, and Gurley were all drafted in the first two round of the NFL Draft.

You may not have heard of him, but Tank Younger was nicknamed Tank for a reason. He earned the nickname “Tank” by plowing through potential tacklers in the 1940’s and 50’s. Younger became the first NFL player from a historically black university and was a member of the Rams’ infamous “Bull Elephant” backfield. He’s the ninth all-time leading rusher in franchise history and helped the Rams to their second NFL championship in 1951.

Preston Dennard left the University of New Mexico holding every major receiving record, but still went undrafted. He started 11 games during the 1979 season which ended in a Super Bowl appearance. His three receptions for 56 yards led the Rams in the divisional round win against the Buccaneers. Dennard’s 314 receiving yards in the postseason is tied for fourth all-time with Brandin Cooks.

It is slim picking at wide receiver which leaves us with Dane Looker. Looker initially signed with the Rams before being traded to the Patriots and then was cut by the Patriots and signed by the Rams the following offseason. His best year came in 2003 when he had 47 receptions for 495 yards and three touchdowns. He’s one of just seven receivers to spend eight years with the Rams.

Jim Price literally started at the bottom and worked his way up. He went undrafted after the 1990 draft and made the Rams’ practice squad. He would go on to start six games the next year. His 69 receptions combined in 1991 and 1992 were the fourth most on the team. If you wanted to put together a list for unlikeliest players to participate in a contract holdout, Price would probably make that list as well as he held out for 51 days and missed three games before being traded to the Cowboys in 1993.

In some of the Rams’ hardest years in St. Louis Cory Harkey was one of the few bright spots in the Jeff Fisher era. Harkey played at tight end, full back, and halfback with the Rams and while he didn’t show up a ton on the stat sheet, he was a leader who gave valuable snaps in the running game and on special teams. He spent five years with the Rams before being cut before the 2017 season.

Loneker went undrafted in 1993 and not only made the team but went on to start by the end of his first season. Loneker blocked for then rookie Jerome Bettis and would spend three seasons with the Rams.

A warm body to snap the ball to our gunslinger Jamie Martin.

Probably the biggest name on this offensive line, Smith made six Pro Bowls in his career. After serving as a backup, Smith began his career at center but played interchangeably between center and guard as the Rams made the playoffs six times in the 80’s.

Like I said…it’s slim picking on the offensive line.

It is also slim picking on the defensive side of the ball, but Shawn Miller still managed 21 sacks during his six years with the Rams which is the 17th most in franchise history.

Westbrooks was a decent rotational pass rusher with the Rams. His 26 quarterback hits are the 11th most in franchise history.

D’Marco Farr is one of the all-time great Rams. He was a key piece to the team’s Super Bowl XXXIV victory and his 36.5 sacks are 10th in franchise history. Farr went to college at Washington where he helped the Huskies to an undefeated season in 1991. He wasn’t necessarily liked by the NFL due to his size, but what he lacked in height, he made it up in heart.

The picking at linebacker is slim, but Littleton has been good in his time with the Rams. He was a second-team All-Pro on special teams and has since moved into a starting position at inside linebacker in the Wade Phillips’ 3-4 defense.

This one is pretty easy. The Rams never should have let London Fletcher leave in free agency. He would go on to be a two-time All-Pro with the Washington Redskins. The Rams signed Fletcher out of John Carroll University and primarily went undrafted due to playing at the Division III University. Fletcher would go on to help lead the Rams to two Super Bowl appearances.

Farynizarz wasn’t a favorite to make the Rams’ roster, but he did. He played mostly special teams as a rookie, but managed one game-saving sack to preserve the Rams’ 12-10 victory over the Saints in New Orleans. He fought hard and made the team and ended up playing four seasons with the Rams.

In a simple tryout, Lane caught coaches eyes due to his ferocious approach to the game and his speed. In his rookie year, he appeared in all 12 regular season games and broke the NFL single season record with 14 interceptions. Lane was traded to the Chicago Cardinals after his sophomore season which might be the second most regretted trade in franchise history behind Eric Dickerson.

Billy Jenkins played three years with the Rams which included helping the team to its first Super Bowl in 1999.

Nicknamed Dubbed “The Blade” by Rams quarterback Norm Van Brocklin because of his  6’5-inch, 188-pound frame, Burroughs intercepted 21 passes in five seasons in Los Angeles. After being discharged from the Army, Burroughs signed with the Rams and intercepted nine passes as a rookie.

McLeod started as a special teams ace but advanced to a starting role in his second season. He’s most known for his hit on Emmanuel Sanders, but he was much more than that. He was one of the highest graded safeties by Pro Football Focus and earned a big contract from the Philadelphia Eagles.

In 1998 he finished sixth in the NFL with 1,306 yards on kick returns and finished sixth again in 2000 when he recorded 1,379. He was an All-Pro in 1999 and helped the Rams to their first Super Bowl win in franchise history.

Villanueva was one of the last one of the last straight-away style placekickers in the NFL and was both the punter and field goal kicker. He set the Rams’ longest field goal record of 51 yards until Mike Lansford broke it in 1985. He also held the single-season record for punting average (45.5), which lasted for 45 years until it was broken in 2007 by Donnie Jones.

Hekker may not be the best undrafted punter for the Rams, he may be the best punter period in NFL history. What Johnny Hekker has been able to provide the Rams as a dual threat weapon is unprecedented. He can kick a bomb down the field 70 yards or throw a 10 yard hitch for a first down. The NFL has never seen a player quite like Hekker.

It may not be pretty and this definitely is not a winning roster, but there on some gems. Paul Younger and Preston Dennard highlight the offense while London Fletcher, Dick Lane, and D’Marco Farr highlight the defense. The roster  includes 26 pro bowl selections, 21 all-pro selections, and five NFL Championships.

When it comes to undrafted free agents, most likely you aren’t going to get a star. However, these role players are what make up NFL rosters. While it’s important to hit in the draft, just just as important to hit when signing undrafted free agents. It’s not likely you get a star, but if you can get a player who can fill a role and excel in it, that in itself is a success and what will push you over the top to a championship.

The Changing Landscapes of the NFC West

Enough of the Los Angeles Rams Rookies, Let's Look at the Sophomores