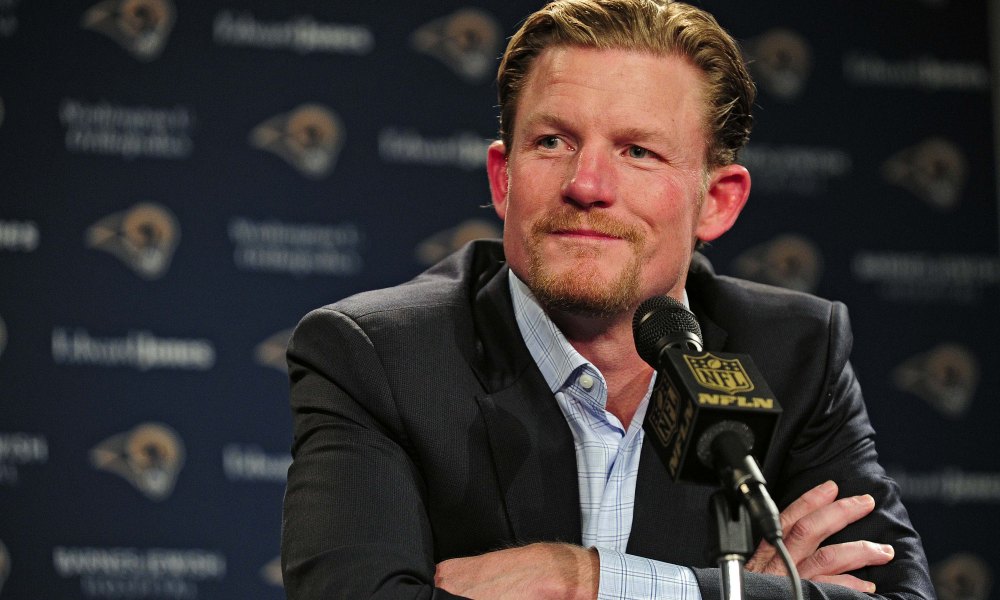 Free agency and the draft have concluded and while the Los Angeles Rams will sign other players to bring into camp, for the most part, who is on the roster now, will be there during camp. The Rams have announced 14 undrafted free agent signings, giving them 80 players on the current roster. Let’s take a look at how each position stacks up.

Running back is another position in which the Rams got better. Darrell Henderson will give the offense a dynamic that it hasn’t had thus far under Sean McVay. The big question mark here is Gurley. Is he healthy and how much can we expect from him? The last time we saw Gurley, he didn’t look like himself in the Super Bowl. Henderson will be able to take off some of the load from Gurley and a healthy Malcolm Brown won’t hurt either. Outside of the top three, Davis, Kelly, and Colburn will battle it out for the final roster spots, but this is now one of the Rams’ deeper position groups.

This is going to be a position group to watch during training camp as there is a lot of talent and only 5-6 spots on the roster. It should be assumed that Cooks, Woods, Kupp, and Reynolds are locks to make the final-53, leaving 1-2 spots for the remaining six guys. The question here is: who is going to step up and take that final spot? The Rams like what they have in JoJo Natson and KhaDarel Hodge, but Mike Thomas will be someone to watch for as well as Bachman the undrafted free agent.

The Rams have lacked a No. 1 tight end in their offense since Sean McVay has taken over. Is this going to be the year that Gerald Everett steps up? He will be in his third season and should be ready to advance to that next level of development. Outside of Everett and Higbee, it should be an open competition. Keenan Brown brings a lot to the table while Johnny Mundt is a veteran guy that’s nice to have in the locker room.

Not a lot of question marks here. The pair of Andrew Whitworth and Rob Havenstein have been two of the most stable offensive tackle duos in the NFL. The questions will lie with the rookies. Evans was a third round selection while Edwards was taken on day three. How much depth will they provide in their rookie seasons? The Rams have gotten lucky with healthy, so hopefully they’ll get the benefit of having time to develop.

There is on big question here at the guard position: will the Rams be ok without Rodger Saffold? For the last decade Saffold was a staple on the offensive line. Noteboom saw limited playing time as a rookie while Blythe proved he was serviceable, but inconsistent. The Rams will have a lot to prove on their interior offensive line and it doesn’t end at the guard spot…

…it continues at center. The Rams have been lucky with John Sullivan over the last two seasons. While his play dipped, he was at least an experience player at the position. He was taken in the fourth round last season out of Michigan State, but he’s not the best athlete. The Rams have confidence in him, but it is certainly the biggest question mark on offense.

When you have Aaron Donald here, there aren’t many question marks. Donald is the defending Defensive Player of the Year and it would be surprising if he wasn’t in the conversation again this season. Don’t be surprised if Boogie Roberts makes noise in camp.

The Rams seem to be moving to a more traditional 3-4 given the fact that they drafted Greg Gaines in the fourth round. It will be interesting to see what that looks like as Wade Phillips has been running a hybrid scheme since taking over. As is the case of the offensive line, the Rams have a lot of young, unproven talent on the defensive line as well. Will they step up to the task?

The question here is what we can expect from John Franklin-Myers. Will be continue his development from his rookie season? He showed flashes, but can he take that momentum into year two. Brockers had one of his least productive seasons as a pro last year and fans will be looking at the veteran in the group to bounce back.

The Rams didn’t do as much as fans would have liked at the edge rusher spot among the linebackers. Clay Matthews is a new addition and the team re-signed Fowler. Will those two be enough to give the Rams a consistent rush off of the edge? Fowler made some big plays in the postseason, but he signed a large contract and fans will expect him to produce. Okoronkwo will also have eyes on him gaining buzz last offseason before getting hurt.

The Rams absolutely did not address the inside linebacker position like fans would have expected during the offseason. Corey Littleton is the only player with starting experience and he had some inconsistent play. The player that will be expected to step in next to Littleton will be Kiser. The second year player didn’t get any time at linebacker last season and will take over the starting role. That’s a lot of expectation for a young player with no experience.

Talib, Peters, and Hill are the three known quantities in this group. Talib and Peters were a solid 1-2 punch on the outside when they played together last season while Robey Coleman has been one of the best slot cornerbacks in the NFL. Hill has his limitations and Peterson showed some flashes during training camp, but struggled when thrown in the fire in the regular season. The team drafted Long to add some depth. It would not be shocking if the Rams bring in another defensive back or two to compete in camp. The biggest question here as it has been for a few seasons and continues to be the team’s depth.

Eric Weddle was one of the team’s big signings this offseason. The Rams lost Joyner, but add Rapp and Weddle. John Johnson is a star and giving him a player like Weddle to play next to and learn from will only help him. This is another position that the Rams will most likely look to bring in a few camp bodies to compete.