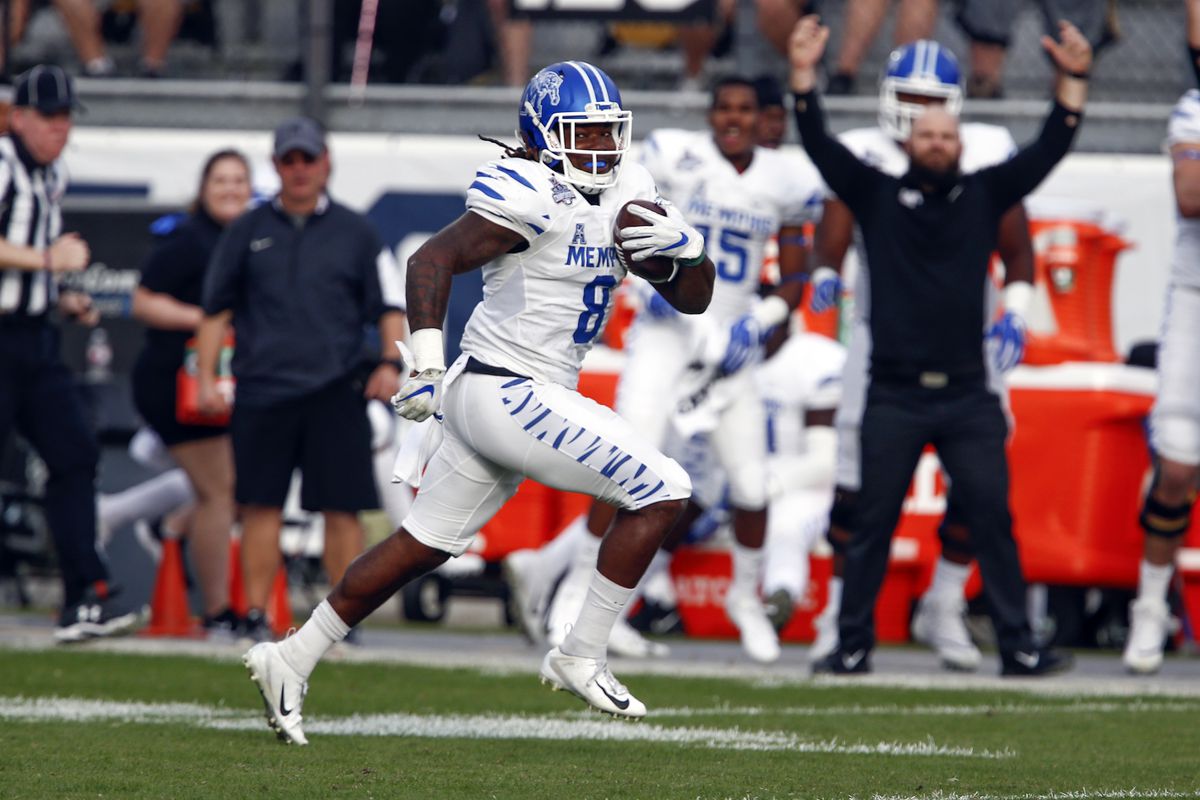 With the 70th overall pick in the 2019 NFL Draft, the Los Angeles Rams shocked many when they took a running back. It was only their second pick in the draft and in the third round. Speculation immediately began to circle around Todd Gurley’s knee and the contract he signed two years ago. However, the Henderson selection may be more about what head coach and offensive minded Sean McVay wanted than Todd Gurley.

It is true that there is concern about Gurley’s knee. This goes back to his days at Georgia when he tore his ACL in his final season with the Bulldogs. That didn’t stop Jeff Fisher and the Rams from taking him with the 10th overall pick and it didn’t stop Gurley from winning the offensive rookie of the year.

Fast forward to 2018 and Gurley’s knee is once again a topic of conversation. After playing the Philadelphia Eagles late last season, Gurley left with an apparent knee injury and everybody knows the rest. Gurley barely saw any playing time in the Super Bowl and questions about his health immediately began to surface despite the Rams saying he was fine.

Without Malcolm Brown who went down in week 13 with a broken clavicle, the  Rams realized then more than ever how reliable of a backup Brown had been. The Rams were left with a huge hole at the running back position. It left the team with a lot of inexperience at the position in rookie running back John Kelly and second year player Justin Davis.

Kelly and Davis played well in the preseason, specifically Kelly who showed his play-making ability. The Tennessee running back racked up the third-most rushing yards in the preseason and his 4.3 yards per carry ranked second among running backs with 45 or more carries. Unfortunately, that did not translate to the regular season. In December, Kelly had 27 carries for just 74 yards, averaging 2.7 yards per carry. Justin Davis saw limited action with just two carries for 19 yards.

Not only was a running back an underrated need for the Rams heading into the draft, by not re-signing CJ Anderson, it was a position they needed to address.

This goes beyond Gurley’s injury as well. Sean McVay has been looking a chance of pace back, similar to Chris Thompson in Washington, ever since his arrival in Los Angeles. Going back to his first year when the team signed Lance Dunbar, McVay has always wanted that change of pace back to add another dimension to his offense.

Due to Dunbar hurting his knee, that experiment didn’t work out and John Kelly hardly saw the field after the preseason. McVay needed a player he could trust to execute his offense. Being able to add another playmaker, one that creates a giant mismatch is the biggest priority. A running back on a linebacker is one of the biggest mismatches in football. If you can force a defense to take a safety or third cornerback out of the game because they have to respect a running back, that’s a win for any offense. The Rams run a lot of 11 personal, more than any other team to be exact. Having five skill players on the field at once (3WRs, 1TE, and 1RB) is important.

Looking at some of the better teams in the league, they are all able to do this. The Saints had Mark Ingram and Alvin Kamara. The Falcons had Devonte Freeman and Tevin Coleman. The Bears had Jordan Howard and Tarik Cohen. The Patriots have Sony Michel and James White. It’s a cliche, but the NFL is a copycat league.

As good of a backup running back as Brown is, he adds nothing different than what Todd Gurley offers. They are both three-down running backs. McVay has clearly wanted this change of pace style back since his arrival in Los Angeles and he obviously has a specific plan for it. There is a reason the Rams brought in Lace Dunbar his first year and drafted John Kelly in the sixth round. Unfortunately, neither of them filled that role, however, Henderson will.

Henderson didn’t get a lot of opportunities as a receiver at Memphis, however, when he did, he proved he could more than do it.

Taking a look at the two plays above, you can see what Henderson offers as a receiver. It’s very Alvin Kamara/Kareem Hunt-esque. In the first play, he lines up out wide as a receiver and catches the ball on a go-route. The second play has him coming off of play action and running a wheel-route on the sideline. Henderson is going to be able to lineup wherever McVay wants him to and he’s going to make defenses respect him. To add that dimension to the Rams offense when Todd Gurley can’t be on the field is scary.

With these two plays you can see Henderson perfectly execute the outside zone. He runs along the offensive line until he sees a hole and when he sees it he has the burst to explode into it and break away from defenders. He excels on outside runs and once he makes his cut he is extremely hard to bring down. There is a reason he averaged 8.9 yards per carry.

The biggest argument against Henderson is that he played against bad competition. Like Gurley, analysts also like to bring up the sizable holes Henderson had at Memphis with the help of his offensive line. To put it one way (credit The Athletic on this stat): Patrick Taylor Jr., while serving as a No. 2 to the 1-2 punch to Henderson, had six fewer carries and ran for 1,122 yards and 16 touchdowns, at 5.4 yards per carry. With just six more carries, Henderson tallied 1,908 yards, 8.9 yards per carry and 22 rushing touchdowns. That’s nearly 800 more yards on SIX more carries.

Drafting Henderson wasn’t about having a backup plan in case Todd Gurley is never the same. Gurley has racked up over 250 carries in each of the last three years. Since entering the league in 2015, only Jordan Howard and Frank Gore have as many 250-carry seasons as Gurley.

The Rams need to be able to preserve Todd Gurley and that’s more than just because of his knee. In 2014 DeMarco Murray tallied 392 carries and was never the same running back. The Rams know how special of a player Gurley is and they know they need to do what they can to prolong his career. Adding a second back that can do as much as Henderson can will do just that.

As mentioned though, this is just as much about what Henderson brings to the table. He’s a special talent. He’s Jamaal Charles/Alvin Kamara/Kareem Hunt 2.0. He’s fantastic as a runner, but what he can do out of the backfield as a receiver is just as impressive. McVay has wanted that type of player since he arrived in Los Angeles and it looks like he finally got it with Darrell Henderson.