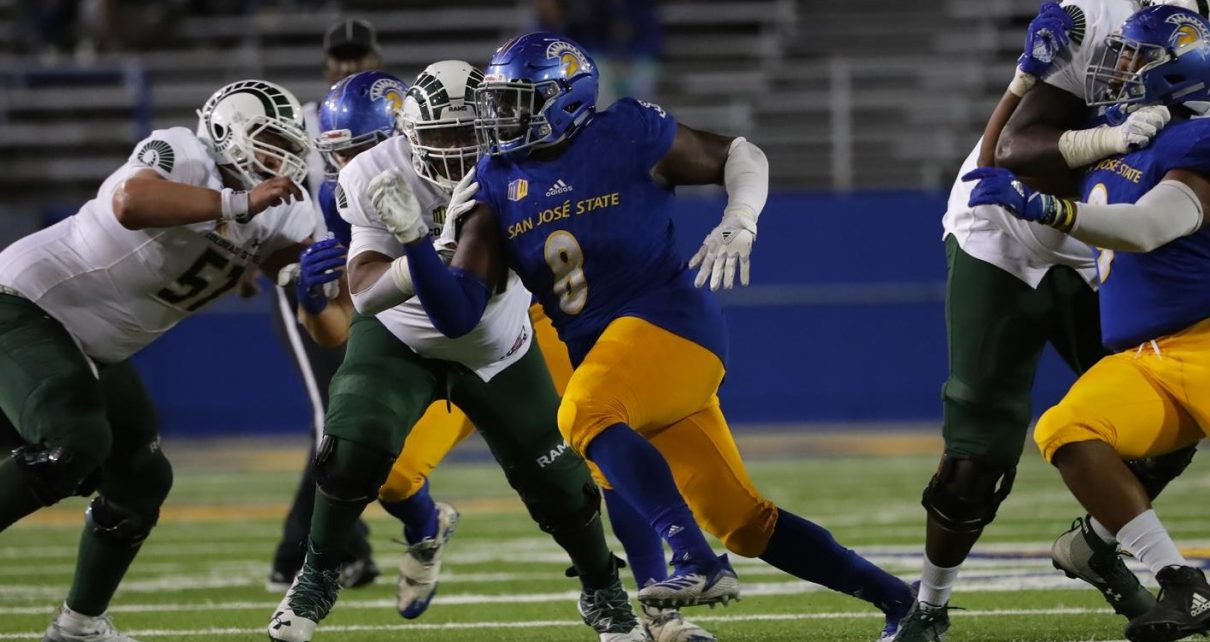 While all of the focus is on the NFL Draft, it is what happens afterwards that is just as important. It is just as important for teams to be able to bring in a strong undrafted free agent class as it is to draft a good class. Phillip Lindsay is just one undrafted player last season that went to the Pro Bowl. The Rams have had some success with undrafted free agents in the past. Let’s look at who they have so far this year and what their outlooks are.

Kennan Brown was one of my favorite tight ends that I watched this past draft season. He was still my TE11, but what he showed on tape was impressive. He reminds me of what the Rams had with Temarick Hemingway. He’s that tweener tight end that used to be a wide receiver and changed to the tight end position in college. Brown needs to improve as a blocker, but what he brings as a receiver will catch anybody’s eye.

The Rams don’t have a deep tight end room. Outside of Gerald Everett and Tyler Higbee, the room is wide open. Brown is someone that will come in right away and compete for a spot on the roster.

The Rams need depth at the linebacker position and not only is Natrez Patrick a good story, but he’s also a good player. He was suspended twice for drug-related issues during his time at Georgia and then following a third marijuana-related incident, he spent time in inpatient rehab.

Patrick had a solid senior season and emergde as a steady force in the middle of the Bulldog defense. For the most part, the Rams are small at the linebacker position and Patrick brings size and an element of physicality at the point of attack that they don’t have right now. When it comes to undrafted free agents, you’re looking for talent, but also a guy that’s going to take advantage of that opportunity. Patrick is that guy.

Brewer has a nice story. He battled cancer throughout his senior season and came out on top. That’s a guy you want on your roster. That’s a guy you know is going to battle. He has the physical traits that can make him at the very least good depth at the guard position. The Rams need depth on the offensive line and Brewer should be able to bring that.

Reeder needs to improve his footwork, but he’s an instinctual, smart player that will bring great leadership into camp. The Rams don’t have a deep linebacker room especially on the inside which bodes well for Reeder. If he can impress the coaching staff, he’s certainly got a chance of making the final roster.

The Rams have been making the transition to a more traditional 3-4 defense and Boogie Roberts gives the Rams a standout nose tackle. He’s slightly undersized and in a 3-4 defense you need somebody who’s going to eat up space. However, he is explosive and has a high football IQ. I see him competing for a roster spot during camp.

There is one play that stands out when it comes to Tyre McCants.

He literally dragged a defensive back 15 yards to score a touchdown. The biggest thing Mike Thomas is known for is dropping a touchdown pass from Jared Goff in Seattle during his rookie season. McCants is a big body and a great blocker in the slot. He’ll be someone to keep an eye on.

Bachman could be a fan favorite throughout training camp. He went to Oaks Christian, a local Los Angeles area high school and he was a playmaker at Wake Forest. At 6’0, he’s only 190-lbs. He’s small but a quick twitch guy with return skills and an extremely high motor. I could see him either making the roster or potentially even pushing Mike Thomas for a spot on the 53-man roster.

Being from Philadelphia, I like Hitner, but the road to the final 53  will be an uphill climb. The Rams do have a deep offensive line room which won’t make it easy for Hitner either. However, he does bring a lot to the table. He’s a former basketball player, so he has good feet. He’s extremely smart which bodes well for a potential center. There is a lot of potential here that I see the Rams keeping on their practice squad.

Marquise Copeland will battle in training camp for a roster spot, but the Rams are very good on the defensive line as is. The biggest issue with Copeland is size. He’s also more fit for a 4-3 scheme. However if he can prove that he can overcome his size, he’s a great practice squad candidate.

Kyle Sweet may be Nelson Spruce reincarnated. He’s a local California kid that if he can make a play or two in the preseason, the fans will fall in love. He’s slow, but he’s always open. I still find him making the final roster unlikely the practice squad could be more realistic.

Kaskey was a great pickup for the Rams. The Dartmouth offense flourished with the three-time captain starting every game at left tackle as the Big Green ranked 11th in rushing and ranked sixth in fewest sacks allowed. He’ll have a good shot to make the final roster, but if he doesn’t he’s the type of guy McVay will want on the practice squad.

Like Bachman, Webster is a small guy at 5’10 and 180-lbs. However, despite his size he is a playmaker. In the FCS semifinal against Maine, he had nine receptions for 188 yards and four touchdowns. He also has some success as a kick returner. He reminds me of Shakeir Ryan two years ago. If he can come in and have success on kick returns and punts, there’s might be a place for him.

Durham was a productive pass rusher at Texas A&M, but it’s hard to see him translating to the NFL. He doesn’t have the size, speed, or athleticism and he’s not good defending the run. Despite the Rams’ lack of depth on the edge, it’s hard to see him making the final 53.

Unlike Keenan Brown, I did not like what I saw from Blanton at Missouri. If the 25 tight ends that I scouted, Blanton was number 25. The Rams do need help at the tight end position, but it won’t be from Blanton.

Brooker has good agility for the tight end position, but he has poor size, his speed isn’t great, and he’s not explosive. The Rams don’t have a deep tight end room, but I don’t see Brooker making the final roster.

Vitas Hrynkiewicz is one of four interior offensive lineman that the Rams are bringing into camp. He’s an intelligent and gritty player, but I don’t see him making the final roster.

* Thompson brings good size, but poor speed, poor agility, and poor explosiveness. I would be surprised if he makes it past the first round of cuts.

The Rams clearly were not happy with John Kelly and Justin Davis when both Todd Gurley and Malcolm Brown went down. Davis, in his third year, should be more along than he is and Kelly, while just a rookie, didn’t translate what he did in the preseason to the regular season. With that said, I don’t see Colburn beating either out.

Mahaffey is quite the athlete. Last season he returned a pick-six 61 yards for a touchdown only for it to be called back and him be ejected for high-stepping into the end zone. Even still, I don’t see him more than a body in camp.