We are less than a month away from the NFL Draft and this offseason is proving why doing mock drafts is a total inexact science. In my last mock, I had the Rams trading Mark Barron as part of getting more picks. Of course, Barron was traded.

The Rams had a solid start to free agency re-signing Dante Fowler and signing veteran safety Eric Weddle which likely means Lamarcus Joyner is on the way out. And Malcom Brown is back too. This is a good thing.

I am going to do this mock with no projected trades. I still do not think the Rams will pick at #31 but lets assume they do. 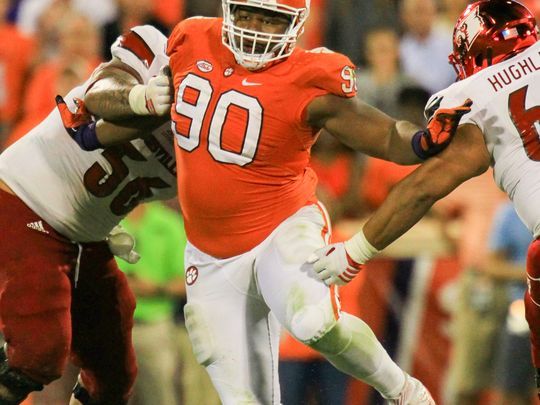 The Rams have all but said Ndamakung Suh is not coming back, and that is actually a good thing in my estimation. He was wildly inconsistent at best. Bringing in a true run stuffer in the middle will allow both Aaron Donald and Michael Brockers to get free more often in the normal schemes. Lawrence is a mountain of a man at 6’5′ and 350lb, but can move like a man 50 pounds lighter. In 3 years at Clemson, he had 131 tackles and 10 sacks in 38 games. He can be a major force in Son of Bum’s defense. 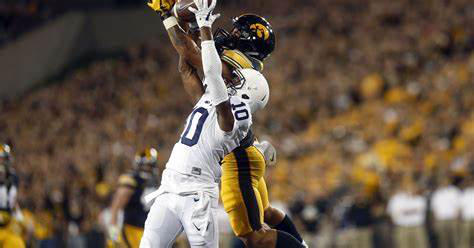 My choice at #31 came down to Lawrence and Deionte Thompson . I determined that having Eric Weddle for a season or 2 will allow the Rams to get a bigger force on the defensive line first and then choose a guy like Hooker in the 3rd to learn from Weddle. 6’0′ and 210 lbs, Hooker and go up and get any ball. as evidenced by the picture above. In 25 games as a starter, he recorded 125 tackles and 6 interceptions. 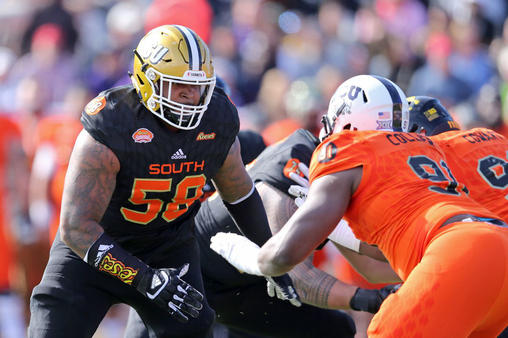 Nothing really more to say than 6’6′ 322lbs. Can play OT or OG and will be a very good depth piece and likely could start over someone like Austin Blythe as he is very solid in run blocking. 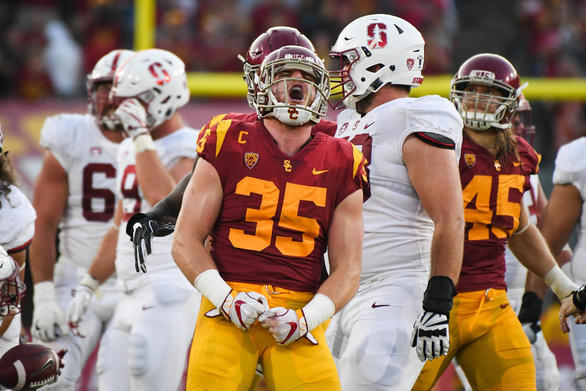 At 6’2′ 250lbs, Smith is EXACTLY the kind of player the Rams need at ILB. In 4 years at USC, Smith had 354 tackles. Rams were woefully ineffective against the run and a guy like Smith will go a long way to remedying that situation. Adding him to Cory Littleton and Micah Kiser will give the Rams a very sold group of ILB 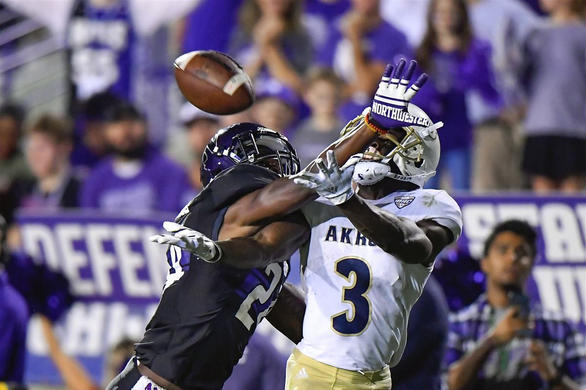 Both Marcus Peters and Aqib Talib are scheduled to be free agents at the end of the 2019 season. While it is very likely both will be back, adding more young depth to a group that includes Nickell Robey-Coleman, Sam Shields, Troy Hill and Blake Countess is never a bad thing . Hartage is a solid 6’0′ 195 lb CB that had 9 INT and 172 tackles in 3 years as a starter at Northwestern. Technically sound and smart, he will fit right in with Wade Phillips defensive scheme.

This is a bit of a wild card, and slightly homerish, pick for me. With the uncertainty surrounding Todd Gurley, the Rams will likely look to add another RB to the room to go with Brown, Kelly and Davis. Barnes is 6’1′ and 225lb and mostly playing at the QB spot, led the Wildcats in rushing with 1355 yards. He also had 20 catches as well. This is a guy that could see time as a returner and might fight his way into the rotation depending on Gurley. 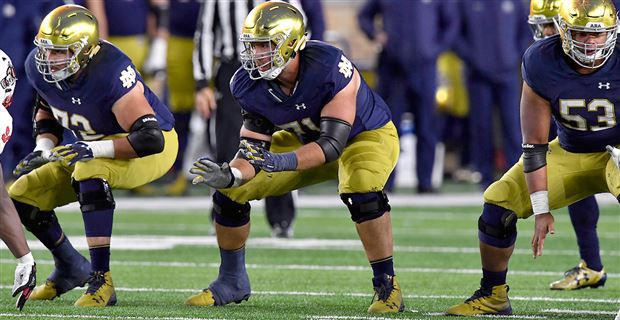 In fact my ONLY pick that remains the same from my last mock is Bars. He will most definitely add depth to the O Line.