Now that the Rams have been awarded compensatory picks in the 3rd and 7th rounds, we here at Downtown Rams can more accurately do draft projections. I am projecting a couple of trades even in my first mock. Here is what I see happening for the Rams:

So here is what I see shaking out: 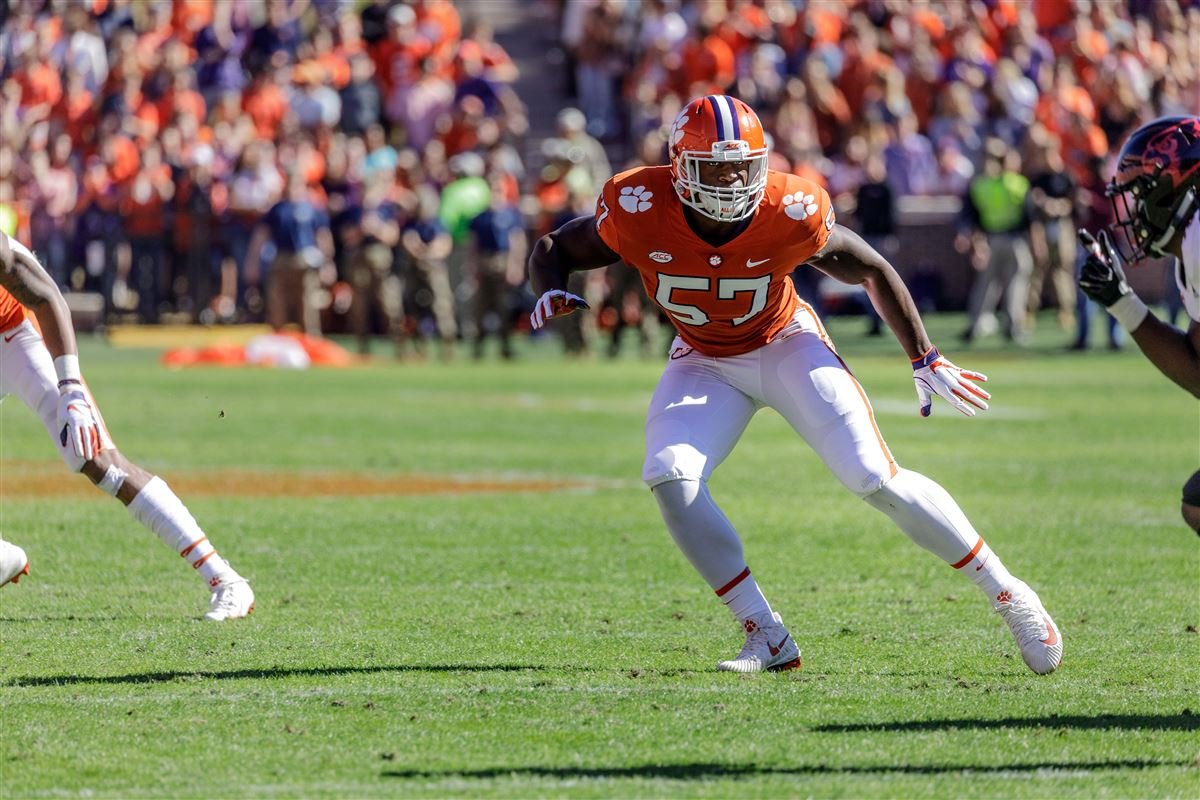 If the Rams had one big giant GLARING weakness in 2018, it was defending the run. Cory Littleton and Mark Barron were woefully undersized to defend bigger running backs. With Barron being traded as part of my projection, Littleton needs are true run stuffing partner (although personally I would rather see Littleton outside, but that is a story for another day). I would love Mack Wilson here but I think he will be gone even before we would have picked at #31, so we go with the next best option in this humble mans opinion in Lamar. At 6’4′ and 250 pounds, Lamar is big enough to take on even the biggest running backs in the NFL. Pair him with last years 5th rounder Micah Kiser inside and let Littleton roam free sort of like a hybrid LB/S (what I think Wade wanted from Barron) and just wreak havoc. 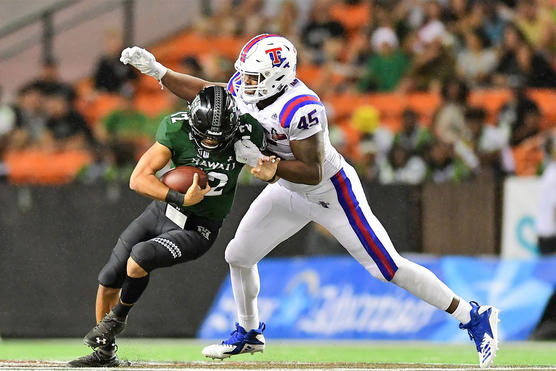 As much as I love the idea of Ndamakung Suh coming back (and it looks like the Rams will let him test the waters), bringing in another big, strong fast kid for the line never hurts. And at 6’5′ and 262, Ferguson had 187 tackles, 65 for loss and 45 sacks in 4 seasons at LA Tech. Add him to the mix with John David Meyers and Obo Okoronkwo and you have some big physical fast guys on the edge. 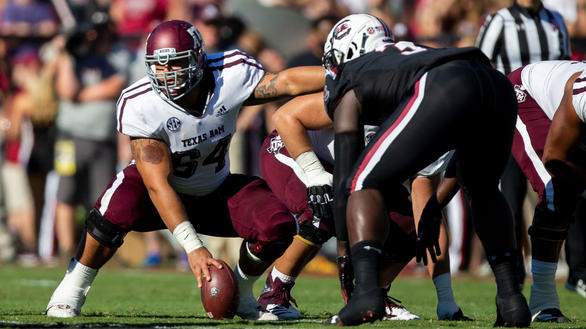 Depth on the offensive line was a big concern and now with the possibility of Roger Saffold leaving, it will be a bigger issue. Enter the 6’4″ 310lb manchild  McCoy. He can either play C or G which gives McVay and the offensive staff some options for 2019 and in the future. 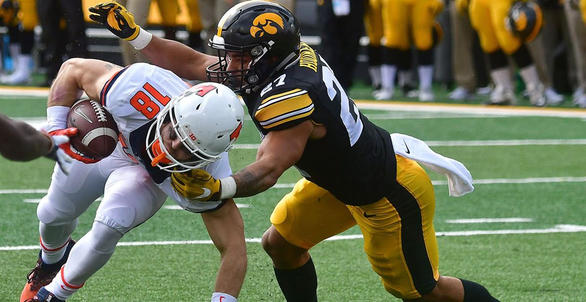 With the impending departure of LaMarcus Joyner, the Rams need reinforcements and they get it in the form of the 6’0″ 210lb Hooker.  Having earned a starting job in 2018, he was 2nd in the team in tackles with 65 tackles and 4 INT. The Rams will likely look to a free agent veteran to replace Joyner, but Hooker will be a big addition. 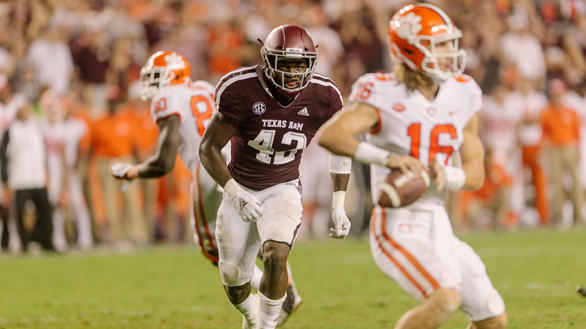 Not much to explain here. Alaka is a TACKLER, which is something the Rams are sorely missing. He averaged 6 tackles a game in 3 years as a starter at TAMU. 6’3″ 240 and can run. It can never hurt for a team that had trouble against the run to bring in more players who can be big and physical at the point of attack and bring guys down. 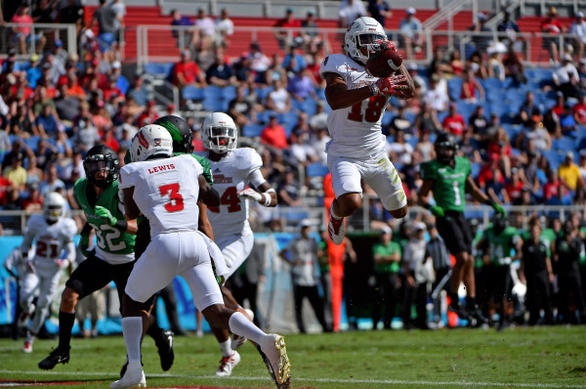 Another sure tackler for the defensive backfield. The 6’0″ 190LB Young had 301 tackles and 13 INT in his 4 years at FAU. Young is a ballhawk and actually reminds me of a bigger version of the soon to be departed Lamarcus Joyner. 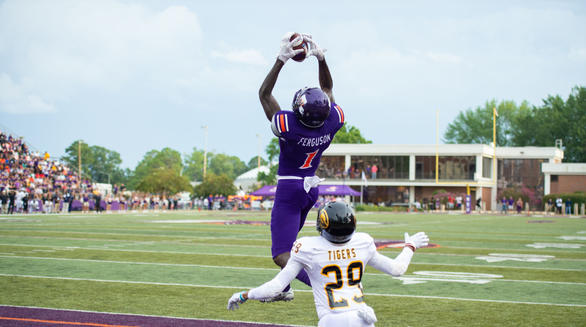 The Rams top 4 WR are most definitely one of the best groups in football. But after the top 4, you essentially have JoJo Natson and even that is in question. For development, depth and possible redzone targeting, the Rams bring in Ferguson, who at 6’5″ and 225 is big and physical and knows the route tree. Add him to the WR group AND start using Everett and/or  Higbee more effectively and the sky is the limit. 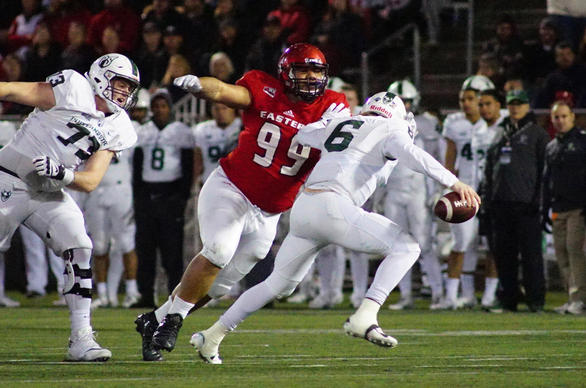 We all know that Les Snead seems to be the king of the small school draftees and the Rams go back to the Eastern Washington well once again for depth on the defensive line. Definite interior push DT at 6’3″ and 320LB, he will provide some serious beef (and youth) up front. 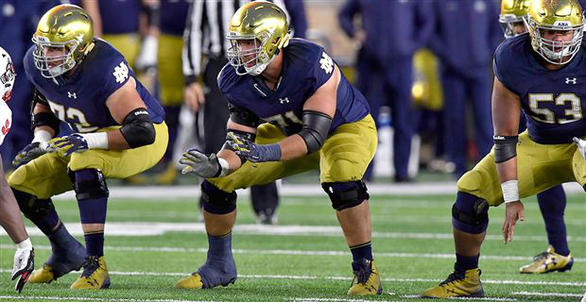 Notre Dame has been the place where stud offensive linemen have come from the last few years ( Zach Martin, Quentin Nelson) so with this last choice, the Rams get more beef upfront in the form of the 6’5″ 310lb Bars. Pure run blocking OG. Should fight for snaps from day one.

And now for a few players of note I could easily see the Rams going after as UDFA: