With a Deep Safety Draft Coming Up, Why Would the Rams sign any Safety in Free Agency? 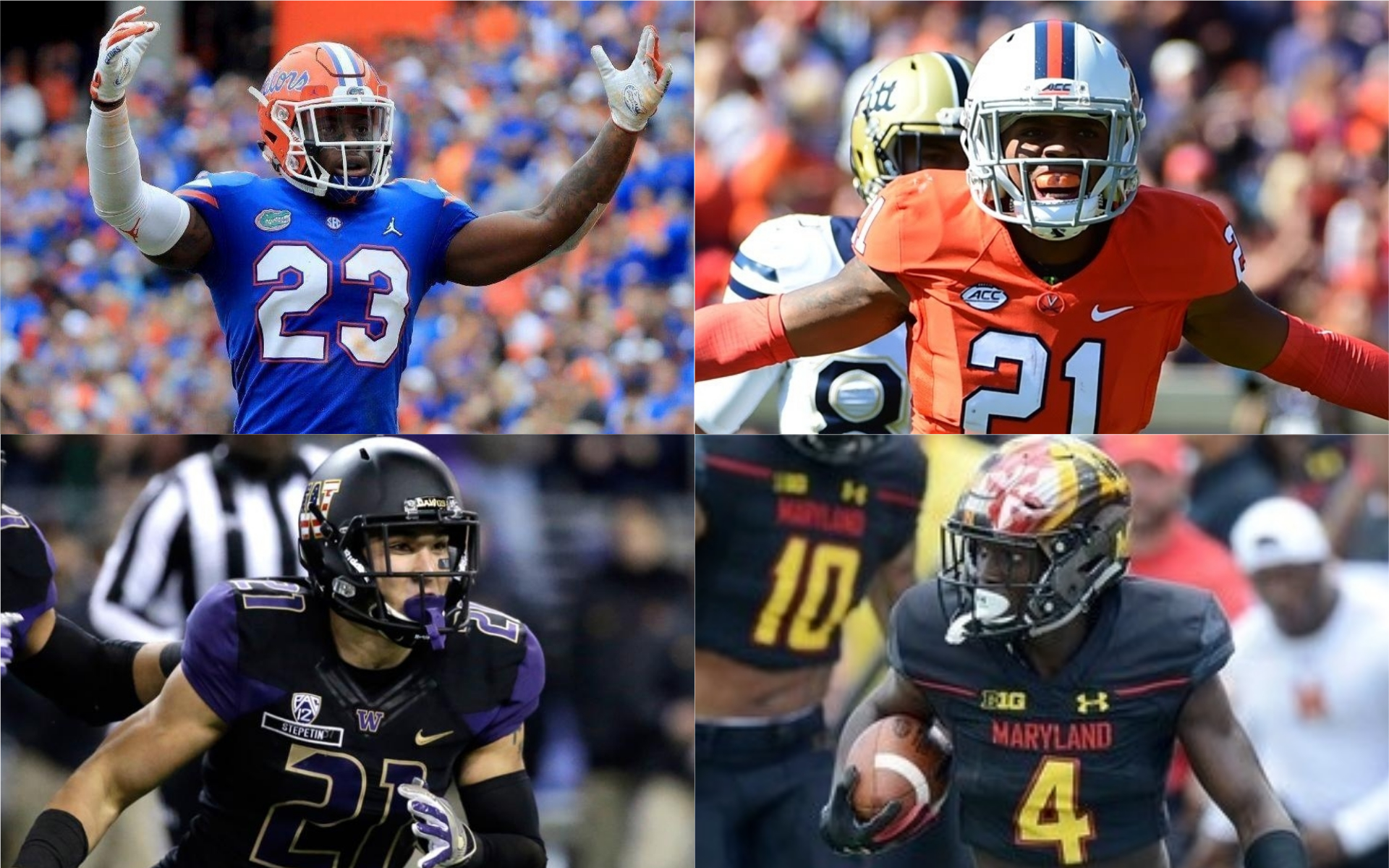 NFL free agency is coming up, it’s actually under a month away now and that leaves everyone in an absolute frenzy. With the Rams looking at limited cap space due to the amount of talent that is on their roster, they are going to make the most of what they have and may not be able to attack every need before the draft. That’s where the draft steps in and here’s of course, why the Rams should not even think about signing a free agent safety in this class.

First off, the Rams have $32 million in cap dollars available, which of course, will likely go up with additional moves but as of right now that is not to work with. The Rams have free agents all over their team: FS LaMarcus Joyner, CB’s Troy Hill, Sam Shields, ILB Cory Littleton who is a restricted free agent, OLB Dante Fowler Jr, DE Ndamukong Suh, G Rodger Saffold and much more. So, how are the Rams going to pay for all of them? Well, they are not, that’s the simple and short answer. However, they can release Mark Barron and save roughly $6 million, release Michael Brockers and save roughly $10 million and release John Sullivan and save a decent amount of money as well. Then, of course, you have created three holes on your roster that you have to replace.

I expect the Rams to make a play for Dante Fowler Jr. so much so, I believe if he doesn’t sign, the Rams will likely franchise tag the 25-year old pass rusher. As for players like LaMarcus Joyner, their time has likely come to an end unless they bite the bullet and decide to stay in Los Angeles on a home-town discount. Speaking of which, Saffold flirted with that idea earlier in the year, but after the loss in the Super Bowl, he pushed back on it a little bit with the media. Whether or not Saffold comes back or Fowler comes or Suh comes back, the Rams will no doubt have needs to fill in the draft.

Rams need to pay their own and the young former Jacksonville pass rusher should be at the top of the list of priorities for the team. 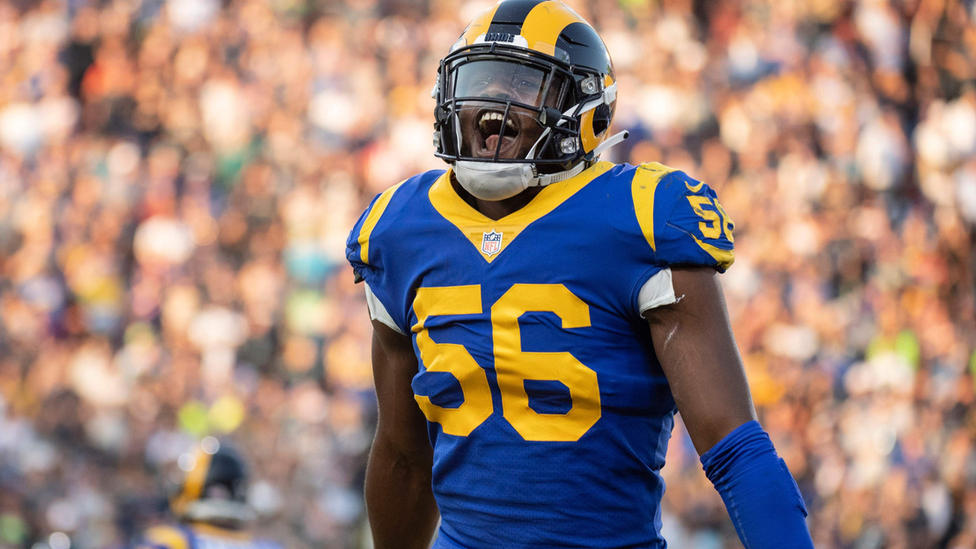 So, with the precious cap space, you look at the draft and see plenty of options in this draft. Why on earth do you then want to sign a soon-to-be 30-year old Earl Thomas that has missed 21 regular season games over three seasons? He’s coming off a season-ending ankle injury, so the logic of signing Thomas is arguably not there. Your own guy LaMarcus Joyner just played his worst season arguably of his career and you just gave him $11 million for the 2018 season, there is no way the Rams give him anywhere near that and so I believe Joyner walks. Tyrann Mathieu at first glance seems intriguing but last year he signed a one-year deal worth $7 million dollars annually, he bet on himself and it paid off, so expect Mathieu to get paid much more than that, which is exactly what the Rams need to avoid. Glover Quin has been an option suggested but at 33-years old that would be another band-aid on a big-time position that needs to be filled with the long-term in mind. Quin’s play faltered this season in a big way anyway.

The only other options are HaHa Clinton-Dix, Landon Collins and Tre Boston who are all likely to get paid. Boston was available last year and the Rams didn’t show any interest, I doubt they would now but the verdict here for me is that the safety free agency class is being overrated. Adrian Amos might make the most sense but he’s more of a strong safety and the Rams are likely going to want a free safety to keep John Johnson III at strong safety. Amos is also going to be very expensive as he is just 26-years old and one could expect to see Amos, if not signed by the Bears, reunite with former defensive coordinator Vic Fangio who is the Head coach of the Denver Broncos now. 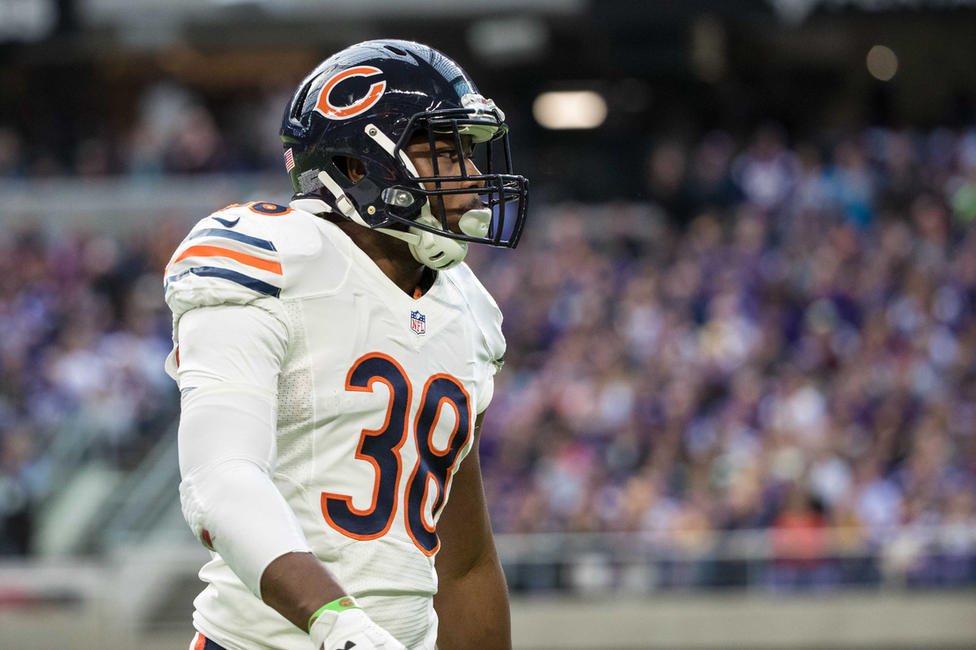 Nasir Adderley from Delaware likely won’t be there at the Rams pick and its questionable the other two Deionte Thompson – Alabama and Chauncey Gardner-Johnson – Florida won’t either. Next up you have the next tier with Taylor Rapp – Washington, Juan Thornhill – Virginia, Johnathan Abram – Mississippi State, and Darnell Savage – Maryland. After that you have your other guys that go in the last three rounds: Jaquan Johnson – Miami, Marquise Blair – Utah, Evan Worthington – Colorado, Will Harris – Boston College and his running mate Lukas Denis as well as Amani Hooker from Iowa.

What role did Joyner play? What are the Rams replacing? The Rams are replacing versatility, a single-high safety with good ball skills and good range. Joyner was a top-five player at his position the year prior but this year was a complete struggle and let his poor tendencies beat him often this year including when Joyner let up the biggest prayer throw of the NFC Championship game that almost cost the Rams a Super Bowl berth. Bottom line, Joyner is being replaced, so who best fits?

Nasir Adderley – Would love him, but once he gets a hold of the combine he’s gone, long gone. Good for him. he’s worked hard to gain the recognition he received lately. It would be a pipe dream at this point to get him in the Rams secondary. He’s displayed on film that he doesn’t have many if any faults to his game.   Adderley is a top 15 player and would be the best fit for the Rams, it’s just not going to happen.

Chauncey Gardner-Johnson – Perfect fit, bigger version of Joyner with more ball skills to his credit and a better tackler. The question is, will CGJ still be there when the Rams make their pick at 31? He could but he’s gaining 1st-round buzz. He would fit the Rams perfectly next to John Johnson III.

Deionte Thompson – Erratic prospect that can play single-high safety and would fit the defense but notably didn’t show up in arguably the biggest game of his college career. He has the long speed you want in a safety and has great ball skills but is still struggling with consistency issues and he’s caught thinking too much. The potential is there and even though he has obvious weaknesses, you can make multiple arguments to select Thompson at 31.

Taylor Rapp – Not quite the cover guy the other two are but nonetheless he’s a good safety, he’s just going to change your approach with your starter right now. He doesn’t have the range to play single-high and so he’s not really a huge fit unless Johnson III moves to free safety.

Juan Thornhill – Really intelligent player that has deep coverage skills, struggles playing in the box. He will be available for the Rams likely in their second and third picks in the third round. He can likely play single-high but not all the time, still has lapses here and there.

Darnell Savage – More of an extremely athletic, nasty hard-hitting safety that has extremely underrated ball skills. Savage could be an option next to Johnson III later in the draft.

Johnathan Abram – Very physical player that hits anyone in sight. Too aggressive as a tackler and misses tackles because of it, not a deep cover guy at all. Not really a fit for the Rams unless Johnson III moves over to free safety.

Jaquan Johnson – Flashes here and there but lacks ball skills and obvious consistency. Motor runs hot and cold, with too many things to truly work on Jaquan cannot be recommended as a day one starter. Not really a fit in the slightest.

Marquise Blair – Longer player the lacks bulk but Blair has the room to add weight. Plays sound coverage, is physical and rangy but not really a ball skills type of guy. The Rams could find a fit in him later on in the draft.

Ugo Amadi – Fluid athlete that has great footwork and does not have a problem in coverage. Athletic enough to press WR’s and does a nice job of baiting the QB into throwing the pick. Makes sense for the Rams aside from being a tackling liability.

Evan Worthington – Potential versatile starter at either free safet or strong safety. His issue is his mental processing as a defensive back but he’s got the range and athleticism that would make him a long-term fit for the Rams. This player might make the most sense if the Rams are comfortable starting Blake Countess or Marqui Christian this year at the position, because the team could let Worthington develop until putting him in the starting lineup in year 2.

Amani Hooker – Not the explosive defensive back others in this class are but he has a great deal of cover skills. He is what you would call a ball hawk. Not a traditional free safety, more of a strong safety but the Rams could definitely pick him and find a role for him. He has a feel for the ball that you can’t coach or teach. You simply have that ball-hawking mentality or you don’t and Hooker has it.

Will Harris – Fluid athlete who has no trouble sticking with his man. Can play either position, hits hard and is a sound tackler but has great and underrated cover skills. Moves well and displays solid to above average range.

Lukas Denis – Another Boston College safety like John Johnson III and Will Harris that has some faults and serious struggles but doesn’t miss a beat in coverage. More of a free safety, not sure if he can legitimately play another position. He struggles as a tackler and doesn’t get himself in the best position. He definitely has the athleticism to start next Johnson III. 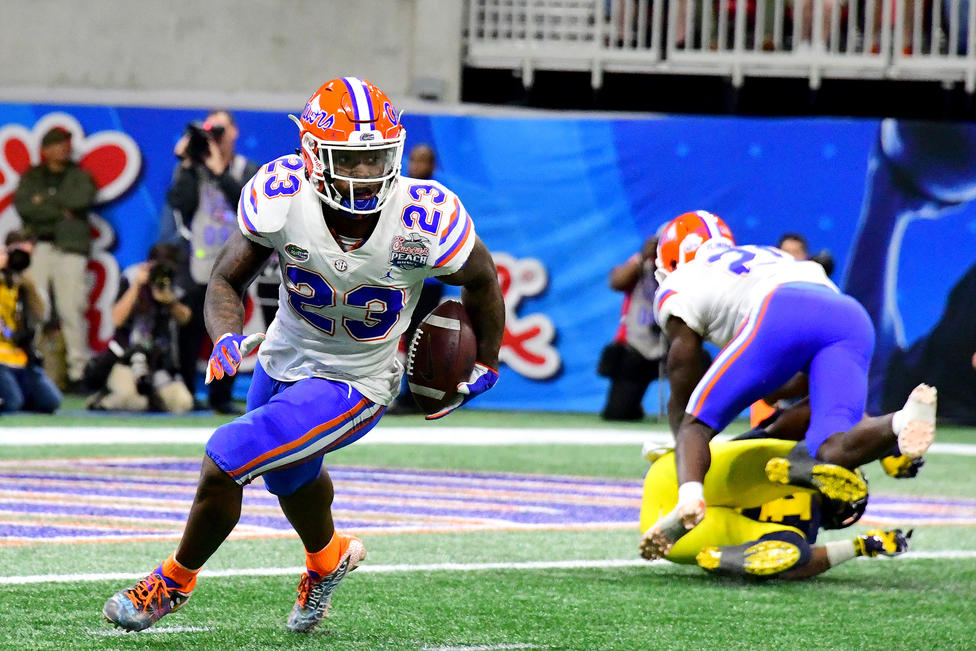 Conclusion: The Rams do not need to sign a safety in free agency. They do need to draft one and early however. The best fit is quite simply the Florida Gator, Chauncey Gardner-Johnson. He’s the best player that is most likely to be there at 31. Nasir Adderley would be a great fit but he simply won’t be there. Deionte Thompson is the interesting one after being the consensus number one safety from the beginning of the season. Thompson would be the next best option but if CGJ, he has surpassed Thompson in my mind. The Rams would be getting a total package in Gardner-Johnson but it’s not guarantee the Chiefs don’t take him to bolster their weak secondary.

The Rams can definitely target players like Will Harris, Lukas Denis, Evan Worthington and Ugo Amadi later on in the draft which would be a nice value pickup if the Rams landed either of them. Now, is Earl Thomas fully healthy better than all of these guys? Yes, but the fact is, he’s coming off injury and is going to be 30-years old. There are other veterans you have to respect as a football fan but not anyone that makes sense on the field, in the checkbook and in the salary cap.

Verdict: Don’t sign a FA, instead target Chauncey Gardner-Johnson, Deionte Thompson and Nasir Adderley early on. If all of them are gone, target Juan Thornhill. Darnell Savage, Ugo Amadi and Amani Hooker who should all be available in the next tier of prospects. Lastly, the lower value tier with Will Harris, Lukas Denis, Evan Worthington and Marquise Blair might be too good to ignore.

What are your thoughts? Let us know!