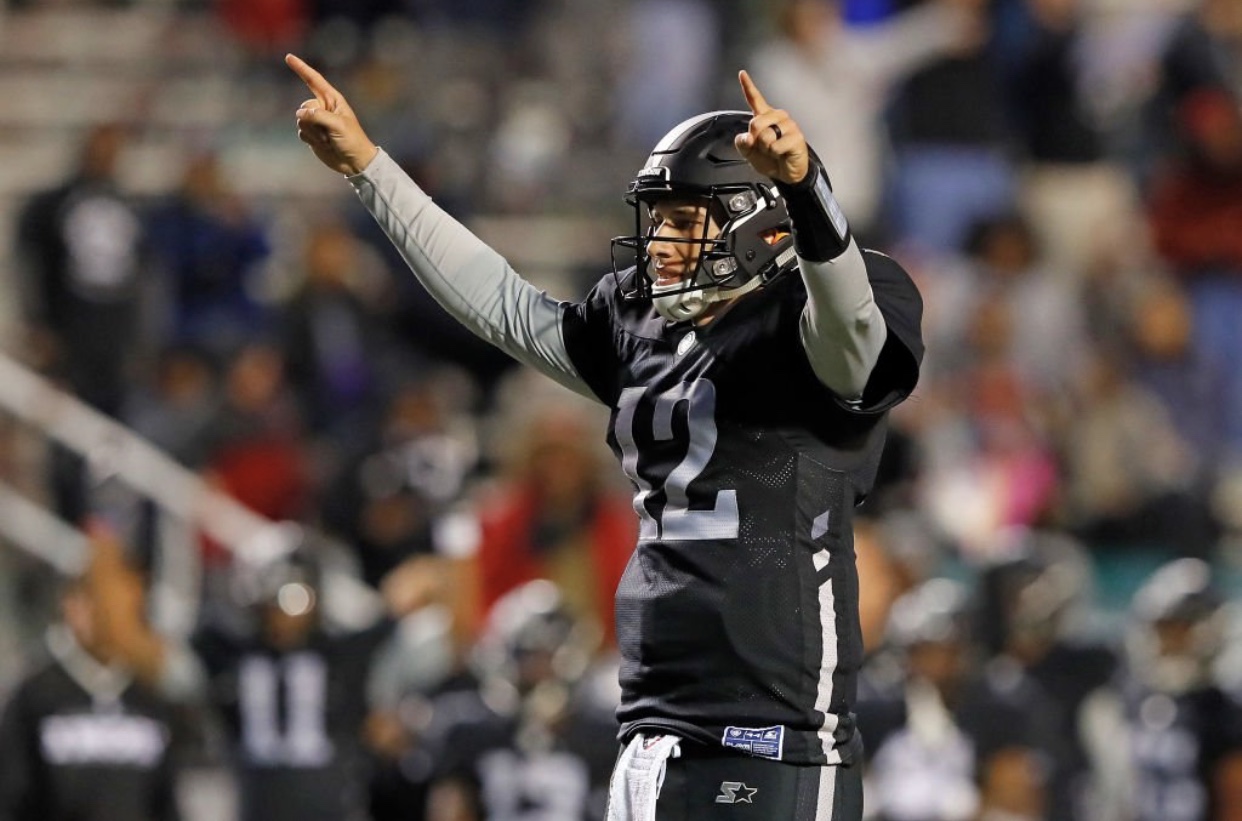 Luis Perez has yet to throw a touchdown pass but he somehow has shown to be arguably the best QB in the AAF and furthermore his team sits at 2-0 with one comeback win and one blowout win to their credit. Perez had more of a down game compared to last week but it was a harder look for the young signal-caller who went up against the Salt Lake Stallions. What makes the Stallions defense such an issue is the fact they employ a Tampa 2 defense. It can be incredible difficult to take shots down the field since it’s basically a Cover 2 defense with an option for the middle linebacker to drop back into coverage or not. If the linebacker reads it’s a passing play he will and Perez saw plenty of that.

Perez finished the game 24/38 while throwing for 184 yards and really unable to test the defense in this one. Unfortunately, earlier in the game, Perez had a play that broke down and used his mobility and improvisational skills to go off script and throw against his body which was a great throw into the end zone but WR Tobias Palmer dropped the pass. This game was really a chest match and it came down to the Iron making a few more plays but more so the fact the Stallions missed three kicks and multiple opportunities in the red zone.

Once again, without even throwing a touchdown Perez continues to display NFL-level ability, he’s worked well under pressure, he’s worked well in all sorts of situations. He is continuing to log important reps and is proving he could be a candidate to compete for a backup QB job this NFL preseason. Could Perez find himself back with the Los Angeles Rams? Absolutely, but make no mistake, if Perez continues to assemble solid tape, other teams will come calling and may offer him more.

In other Rams news, former Rams preseason safety, UDFA out of Liberty College – Jacob Hagen suffered a gruesome ankle injury and had to leave in an air cast. More former Rams Mike Purcell, Casey Sayles and Matthew Wells all shined in this game. Purcell and Sayles put pressure on Stallions QB Austin Allen while Matthew Wells flew all around the middle of the field making tackles and diagnosing plays in the backfield. Former Rams preseason K Taylor Bertolet struggled mightily after drilling a 53-yard field goal he shanked three including the game-tying field goal.

Birmingham heads to Atlanta to take on the Legends next Sunday at 4PM ET/1PM PT on CBS Sports Network while the Salt Lake Stallions head to Arizona in a early season rematch that will air at 3PM ET/12PM PT on Bleacher Report Live.