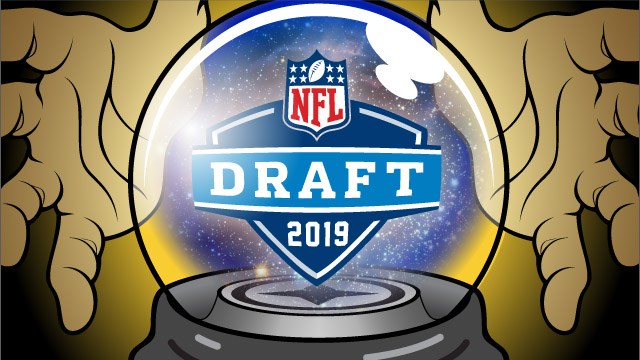 It is mock draft season for Rams fans. Hey, it started a lot later than we are used to! We are also slated to pick later than we are used to. This is also going to be the first draft under McVay that the Rams have a first round pick, provided they don’t trade it for a known commodity. The Rams started early with the 2019 NFL Draft selecting Marcus Peters in the second round and Dante Fowler Jr. with one of three third round picks. Not a bad start! Please note that it is my belief that the Rams keep both players at least for the 2019-2020 season. With that laid out, let’s get to work.

Round 1: Nasir Adderley- A safety for the Delaware Blue Hens, Adderley comes in at 5’11” 197 lbs. Adderley was a four year starter at Delaware and a leader on the Blue Hens defense, racking up 226 tackles/31 pass break ups/ 10 interceptions. A smooth athlete that can even play some cornerback, Adderley is a willing tackler but looks his best as a roaming free safety. Something that was a big issue on the Rams defense this season was Lamarcus Joyner’s coverage and the Rams could look to upgrade in that area and have one of, if not the best young safety duos. The Rams met with him at the Senior Bowl and the Rams are known for coveting seniors with high football IQ and lots of experience. 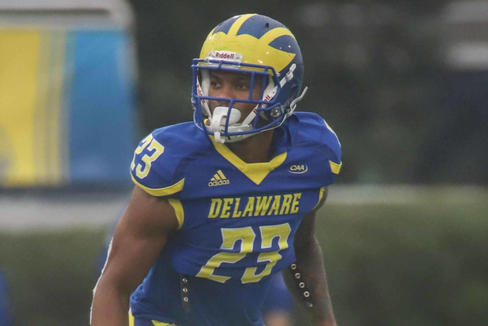 Round 3: Jaylon Ferguson- An edge rusher for the Louisiana Tech Bulldogs, Ferguson is 6’5″ 255 lbs. Ferguson put up 45 sacks in his four years at Louisiana Tech along with 7 forced fumbles. In 2018, Ferguson broke the NCAA Division I career sack record previously held by Terrell Suggs. Another guy who was at the Senior Bowl, Ferguson has been largely overshadowed by other edge prospects this year and multiple sources have stated that he is a love/hate prospect and could fall into round three or four potentially. If he’s on the board here, I run to the podium and put him with Aaron Donald and Dante Fowler Jr. Watch the player dubbed Sack Daddy in college, eat quarterbacks alive cleaning up around the other Rams defenders. 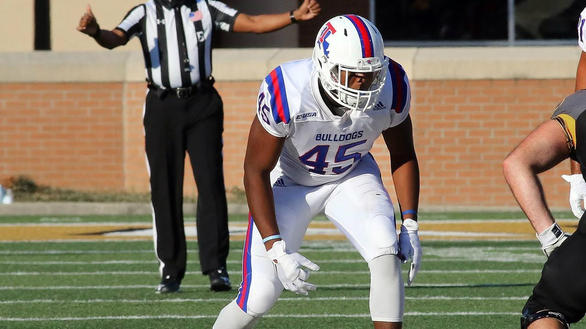 Round 3: Khalen Saunders- A nose tackle for the Western Illinois Leathernecks, Saunders is a wrecking ball on the defensive line, if the wrecking ball could do a backflip at 6′ 320 lbs. Another Senior Bowl standout, see a theme the Rams like? Saunders missed the birth of his baby girl to attend the biggest job interview of his life and it will likely pay off in April. Notching 72 tackles/13 tackles for loss/6.5 sacks in 2018, Saunders looks like an intriguing prospect. Saunders would allow the Rams a lot of flexibility on their defensive front with his size and athleticism and could allow the Rams to move on from high priced players on their defense.

Round 4: Khalil Hodge- A linebacker out of Buffalo, Hodge was a tackling machine for the Bulls. At 6’1″ 240 lbs. Hodge has enough size for a 3-4 inside linebacker and the Rams could use someone who is good against the run next to Cory Littleton. With Mark Barron a likely cut candidate, Hodge could be just what the Rams need. Hodge notched a total of 420 tackles from 2016-2018, I believe he offers enough in coverage at the position and can really make an impact as a three down linebacker. Hodge wasn’t at the Senior Bowl but he did attend the East-West Shrine Game. He won’t be as good as the original Khalil to come out of Buffalo, but he can be a day one starter on the Rams. 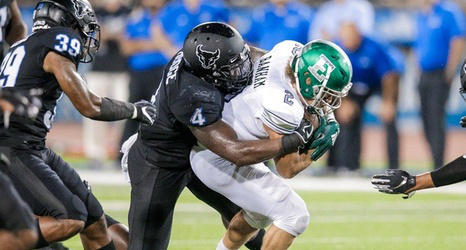 Round 5: Byron Cowart- A defensive end out of Maryland, Cowart washed out of Auburn after being the number one recruit in the nation out of high school. At 6’4″ 293 lbs. Cowart has the size and the physical talent but had never put it together. The Rams would be hoping for a Carl Lawson type of luck here and at the very least Cowart could be a depth piece who could learn a lot from Aaron Donald and others on the Rams defensive front. Even in the fifth round, this may be a reach but I like former number one recruits who didn’t pan out, a lot of maturity both physically and mentally comes even after college. 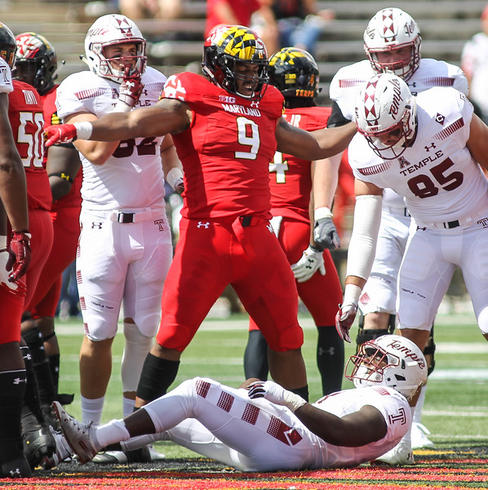 Round 6: Gardner Minshew- A quarterback out of Washington State, Minshew is a guy who couldn’t put it together at Eastern Carolina and then blew up in Pullman in Mike Leach’s offense. At 6’2″ 220 lbs. Minshew has enough size for the NFL, the question is does he have the arm talent? Minshew likely is never more than a backup in the NFL, but I think he could be a very good backup with the tutelage of Jared Goff and Sean McVay. McVay has been tantamount in the development of Jared Goff and that makes the Rams a really good spot for him to land. Minshew threw for 4779 yards and 38 touchdowns for the Cougars in 2018 to only 9 interceptions and led them to an 11-2 record capping the season off with a win against Iowa State in the Alamo Bowl. With Sean Mannion assuredly gone in free agency and the only other quarterback on the roster being Brandon Allen, the Rams are definitely in the market for Goff’s backup. The Rams also met with Minshew at the Senior Bowl. 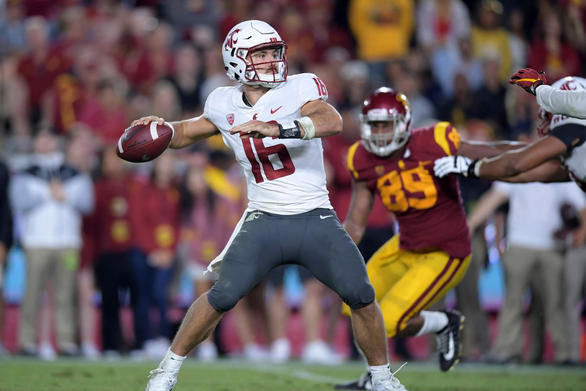 Well that’s it for the Rams mock draft! Anybody you’d like instead? Think a prospect was a reach or steal? Think a prospect goes somewhere else in the draft? Let me know what you think in the comment section or on Twitter @rn_kylo.