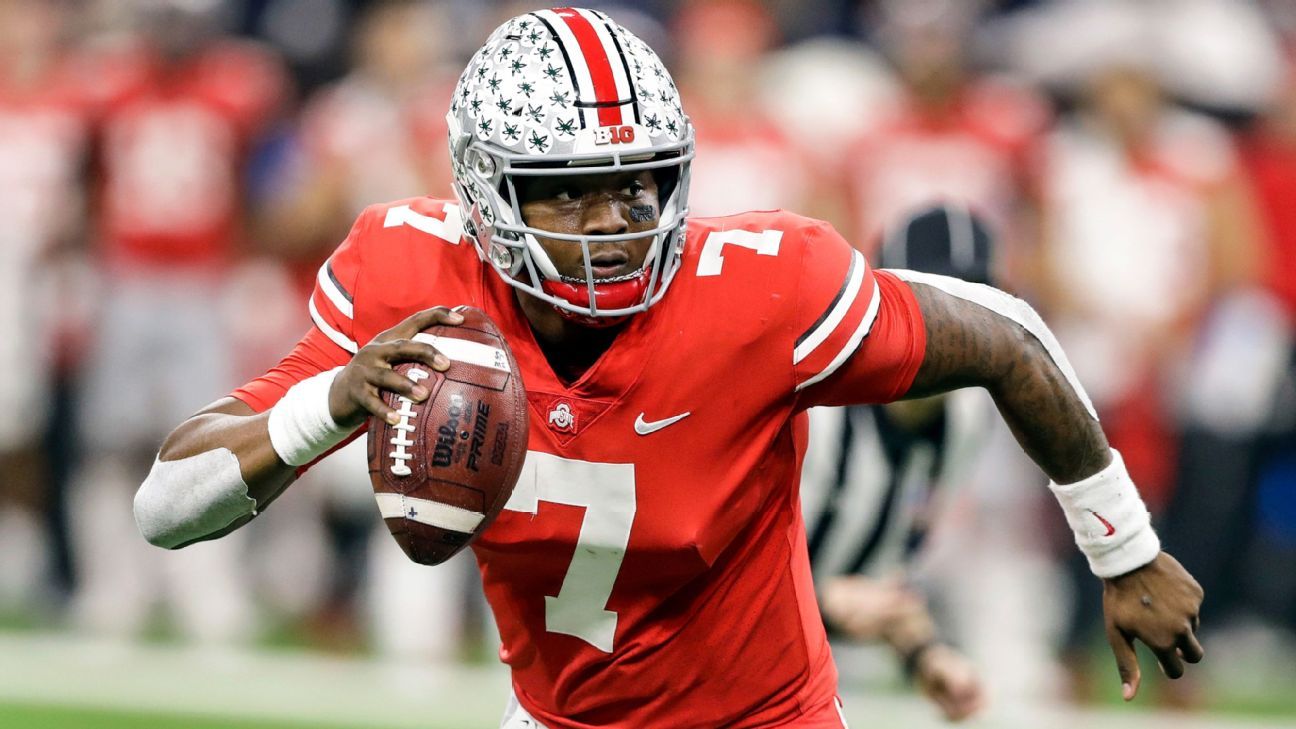 Nick Bosa is the best player in the draft. The Cardinals play in a division with Russell Wilson, Jimmy Garoppolo, and Jared Goff. Getting after the QB is a must.

With Garoppolo’s injury, the 49ers played themselves into a luxury pick and it wouldn’t be surprising to see them trade it. Solomon Thomas hasn’t worked out like they hoped he would Burns is one of the best edge players in the draft.

The Jets don’t have a huge need for defensive line, but Williams may be the second best player in this draft. When you have the opportunity to take a player like Williams, it’s an opportunity you can’t pass up.

Unlike many, I don’t blame the Raiders for trading Khalil Mack. It’s tough to win with a $100-million player on your roster especially when you don’t have a roster that’s built to win. Here they get their edge rusher of the future.

Bruce Arians loves to throw the long ball. However in order to do that, they must be able to protect Jameis Winston. Williams is the best tackle available.

It’s time for the Giants to begin to move on from Eli Manning. Haskins has skills to succeed in the Pat Shurmur offense. This is a perfect fit.

The Jaguars could force themselves into a quarterback here, but I believe they trade for, or sign a quarterback this offseason. Oliver adds a premier player to an already premier level defense.

The Lions struggled to keep Matthew Stafford upright last season. Stafford has been sacked 40 or more times in four of the past five seasons. The last time the Lions were able to keep him under 40 sacks, they made the postseason.

The Bills need to get Josh Allen some playmakers on the outside. Pair him up with DJ Metcalf and this duo could turn into one of the scarier ones in the NFL.

The Broncos must go quarterback. All of the pressure in on John Elway to get the position right. There are reports that they like Lock and if that’s the case, they have to take him and get someone in there that can be their future at the position.

The Bengals let Andrew Whitworth walk two years ago thinking his best years were behind him. Well, they were wrong. Zac Taylor knew that first hand being with the Rams. He goes offensive tackle in his first draft.

The Packers have a fantastic secondary after drafting Jaire Alexander last year. Now they just need a pass rusher that can take advantage of what could be an elite secondary. Clay Matthews has seen better days and Green Bay could replace him with Polite.

With two quarterbacks off the board, the Dolphins see themselves in a situation where one of the best edge rushers in this draft has fallen to them. Robert Quinn didn’t pan out like they’d hoped and Cameron Wake is 37.

Another elite defender has fallen to the middle of the first round and its a perfect scenario for the Falcons. This is a team that is set to lose Grady Jarret this offseason and they replace him here.

The Redskins cannot go into next year with a hurt Alex Smith as their only option at quarterback. Jay Gruden has done a nice job developing and coaching young quarterbacks. Grier lands in a perfect situation in Washington.

The Panthers gave up the sixth most passes of 40+ yards last season. Thompson is a safety with great ball and coverage skills.

AJ Brown is arguably the best wide receiver in this draft. The Browns need to build around Baker Mayfield and Brown gives him a true number one receiver.

The Vikings invested a lot of money in Kirk Cousins last offseason. They need to be able to keep him upright. Cody Ford could move inside and play guard and start day one for Minnesota.

Marcus Mariota is one of the best quarterbacks in the NFL when it comes to capitalizing in the Red Zone. The Titans need playmakers and a combo of Mariota and Hockenson could give the the rest of the AFC South nightmares.

The Steelers have struggled at the cornerback position for years. Here, they take the best one in the class.

Adding an edge defender is at the top of the Seahawks’ priority list this offseason. The plan would be to bring back Clark, but if they get outbid for him, Ferrell is a top-15 prospect that is a perfect fit in Seattle.

The Ravens have struggled at the running back position over the past few seasons. Gus Edwards gave them a spark there last year, but Jacobs is a bruiser that could be scary with Lamar Jackson at quarterback.

The Texans traded Duane Brown to the Seattle Seahawks and struggled last season to keep DeShaun Watson upright. Houston’s offensive line allowed the most sacks last season and that needs to change if Watson is going to return to MVP form.

It would not be surprising if Derek Carr is not an Oakland Raider come draft day. The big play ability of Murray is going to be too much for Gruden to pass up despite his size. Gruden knows he needs a quarterback to win. One on a rookie contract makes it a little easier.

The Eagles struggled in the secondary last season. They swung and missed on Sydney Jones two years ago. Here they get a guy that they can finally rely on.

Wilkins is a great fit on this Colts team. Chris Ballard has been adamant about building in the trenches. Wilkins gives him his Quenton Nelson on defense.

Every quarterback needs his security blanket. Jared Cook’s contract is expiring. This just makes too much sense.

Mack Wilson is arguably a top-10 prospect. Wilson gives the Chargers a dominant player that can command their defense.

The Chiefs have to get better defensively and that starts with drafting the linebacker with the best football IQ with the speed to cover sideline to sideline.

The Packers need to give Aaron Rogers a receiver he can count on. Devante Adams is very good, but Geronimo Allison, Equanimeous St. Brown, and Marquez Valdez-Scantlng didn’t cut it last year. Harmon is the type of receiver the Packers like. He has large catch radius, has good hands, is am skilled route runner, and has good separation ability.

It seems imminent that the Rams let Lamarcus Joyner walk. Joyner just wasn’t as good as he was the year prior to the franchise tag. Adderley gives the Rams a true ball-hawking safety.

Rashan Gary is a Patriots type player. The Patriots struggled defending outside zone running schemes. Gary is a powerful run defender and someone who can set the edge on New England’s defensive line.