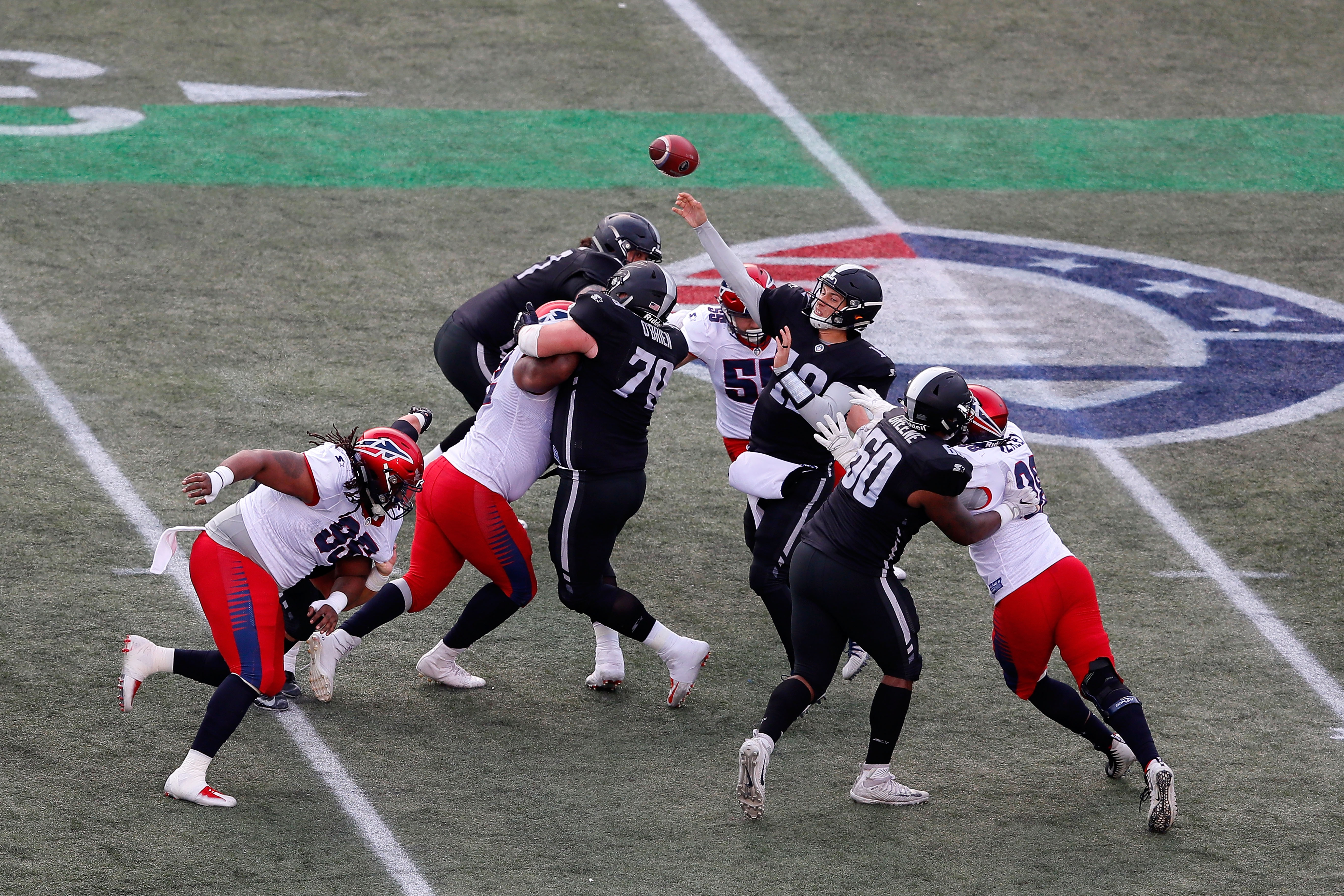 It was a complete clinic put on by the Birmingham Iron defense but Luis Perez led the team with consistency in the passing game, adequate decision-making and overall pocket awareness. Perez finished this game with many likely thinking he might be the best QB in this league, the timing, the poise and the accuracy are evident with Perez who likely could have done more damage today if not for the amount of drops that he had to combat.

The Iron passing attack led by Perez went for 252 yards on 19 completions. The offense moved the ball despite the run game taking off until later on in the game when Trent Richardson eventually wore down the Express defense for two touchdowns. Perez’s top target was Quinton Patton who hauled in four of his nine targets for 107 yards including a 42-yard bomb that really was the deciding factor in pulling away from the Express. On the defensive end, Jonathan Massaquoi led the team with five tackle, three for a loss, three hits on the QB and two huge sacks. The pass rush constantly got pressure on QB Christian Hackenberg but it didn’t help Memphis with how unbelievable the secondary played. Highlighted by the player of defensive back Jamar Summers who set the tone early with an interception off a tipped pass and Trovon Reed who also did a great job shutting down his assignment. Overall, the secondary only gave up 109 passing yards and the receivers were unable to do much of anything in this game.

Looking over at the Memphis Express, Christian Hackenberg had a very poor outing in his first start since Penn State. Hackenberg was constantly pressured but even when he was protected in the pocket, Hackenberg continued to throw an inaccurate ball and ultimately made poor decisions that led to the Express being unable to really get in this game. The Express seemed to have something in the running game with Zac Stacy rushing 12 times for 58 yards but Memphis pulled the plug on him late in the third and preferred to throw it. Aside from the questionable play-calling on the part of this coaching staff, the defense had some serious contributions from DeMarquis Gates who finished with 10 tackles, one for a loss and two forced fumbles. The secondary of Channing Stribling and Terrell Bonds flashed but in a game where your defense gives up 26 points you do have to shell out some criticism.

The bottom line is that the Birmingham Iron are a legit championship caliber team, they play a balanced style offense and their defense is a shut-down defense. The Memphis Express on the other hand simply don’t have an offensive identity, or rather, know their offensive identity. The team should start becoming more of a run-first offense and try and open up the play-action passing game for Hackenberg. On that end, Hackenberg may not be the guy, we saw the Fleet bench Mike Bercovici (who played a lot better) so a potential QB swapping to Brandon Silvers or Zach Mettenberger might make sense.