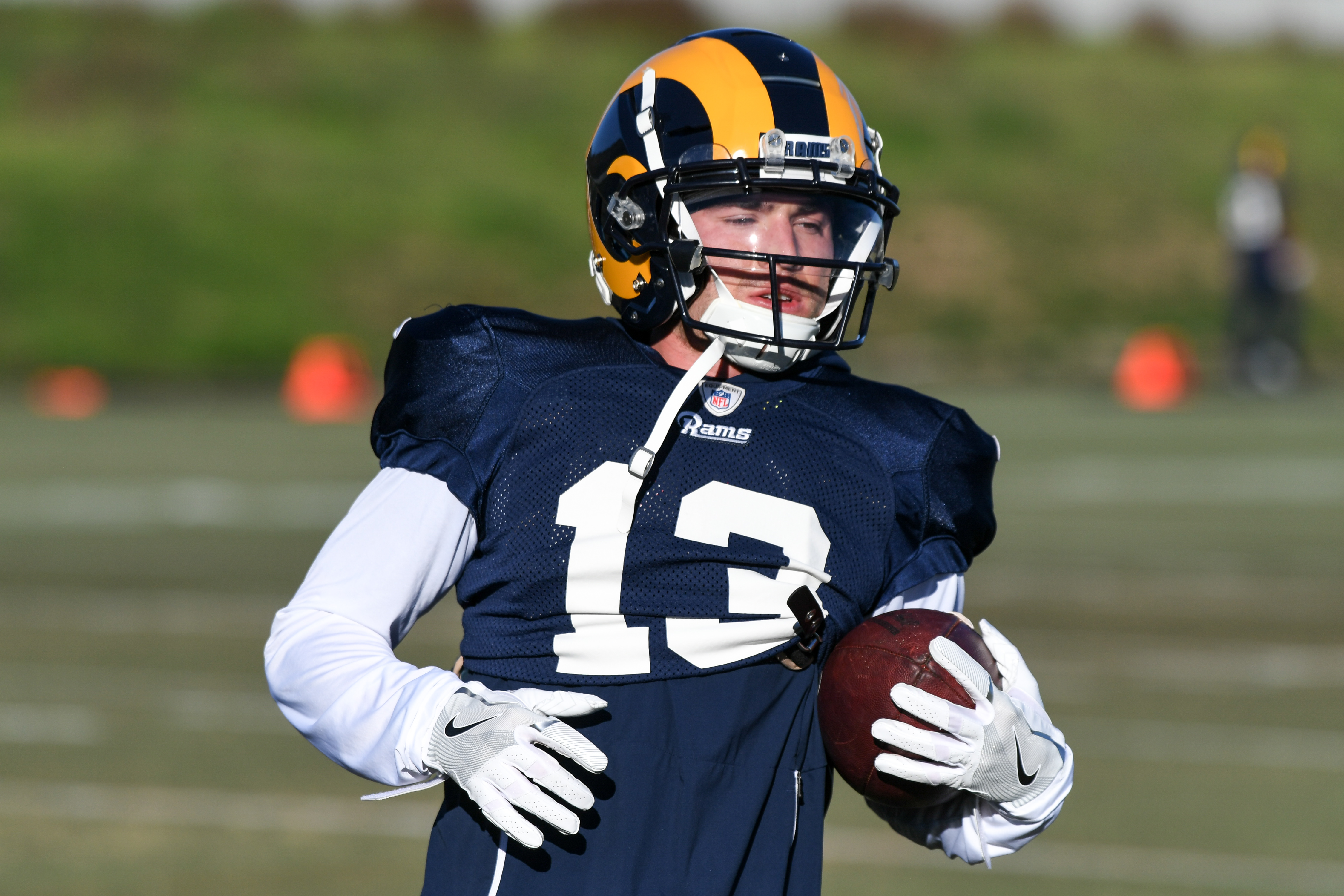 The Rams signed a total of nine players to the 90 man roster recently. Most of these players won’t likely make much of an impact or even make the 53 man roster, but every team needs depth and camp bodies. For most of these guys, if they stick around it will be on the practice squad for the Rams or some other team. But for now these guys are Rams so let’s discuss them in a little more detail.

Donte’ Deayon: A cornerback out of Boise State, Deayon has a small stature, much like our very own Nickell Robey-Coleman. Deayon is listed at 5’9″ and 160 lbs. At Boise State he earned All-Mountain West 2nd team three straight seasons. Following his college career, Deayon was an UDFA in 2016, originally signed by the New York Giants. He didn’t do much in 2016 and a fractured forearm landed him on injured reserve in 2017. However, 2018 saw him get some pre-season action where he notched 3 tackles, 4 pass break ups, and 2 interceptions in a single game against the New England Patriots. We could see him battling in camp for a chance as Slot God’s backup or a stint on the practice squad.

Travin Howard: A linebacker out of TCU, Howard was a 2 time Alamo Bowl defensive MVP in 2015 and 2017 respectively. Howard was also a 2 time 1st team All-Big 12 player in 2016 and 2017. Somewhat of a linebacker/safety tweener at 6’1″ and 213 lbs. Howard was drafted in the 7th round of the 2018 draft by the Rams. Unfortunately, Howard never got the chance to really show his stuff as he was sidelined the entire pre-season with an ankle injury. Howard is strictly an ILB in this defense, in the same mold as Mark Barron, who is a very likely cut candidate. Could we see Howard earn a spot on the 53 man roster as Barron’s replacement or as a linebacker utilized in obvious pass situations? Hopefully he’s healthy this time around and we can find out exactly what he brings to the table.

Kyle Murphy: An offensive tackle out of Stanford, Murphy was a three year starter at both tackle spots and earned 1st team All-Pac 12 honors in 2015. Drafted in the 6th round of the 2016 draft by the Green Bay Packers, Murphy saw little action. 2017 however, saw him fill in for Bryan Bulaga and David Bahktiari respectively with three total starts. Murphy also saw his 2017 and 2018 seasons end with him on injured reserve. For the NFL, Murphy is best as a right tackle, but in a pinch may be effective enough on the blindside for a short term. Murphy will look to earn a spot as a swing tackle. One thing you can usually count on with linemen from Stanford is sound fundamentals at least.

Austin Proehl: A wide receiver out of UNC, Proehl is a 5’10” 185 lb. slot receiver. Although he played in just about every game at UNC during his career save for a shortened 2017 season, Proehl didn’t put up huge numbers or garner any accolades. Being the son of former Ram, Ricky Proehl, makes this a feel good story among fans. Proehl was drafted in the 7th round in 2018 by the Buffalo Bills and has spent time on their practice squad as well as the Titans practice squad before coming to the Rams. Most likely if he sticks around it will be on the practice squad.

Brandon Allen: A Quarterback out of Arkansas, Allen was a three year starter for the Razorbacks. Allen saw some success at Arkansas, throwing for 3440 yards/30 touchdowns/8interceptions as a senior in 2016 and led the Razorbacks to a 45-23 victory against Kansas State in the Liberty Bowl. Allen was then drafted in the 6th round by the Jacksonville Jaguars. His stint in Jacksonville was short and he was claimed on waivers in 2017 by the Rams, essentially the third string quarterback for the Rams. With Sean Mannion likely to be leaving via free agency and Allen being retained, he will likely compete with another free agent or more likely a draft pick for the Ram’s backup quarterback.

Darrell Williams: An offensive tackle out of Western Kentucky, Williams played in 46 games for the Hilltoppers, seeing action at guard and tackle. Oddly enough, the Rams previously had an offensive tackle with the same name out of USF not long ago. Williams was signed as an UDFA by the 49ers in 2017. at 6’6″ and 310 lbs. Williams definitely looks the part of an NFL tackle, and hopefully he can add some depth to a line that was lucky enough to have all five starts healthy for the entire 2018-2019 campaign.

Aaron Neary: a Center/Guard out of Eastern Washington, Neary earned 2 time 1st team All-Big Sky honors in 2014 and 2015. He also garnered honors as an FCS 2nd team All-American in 2015. Neary was then an UDFA with the Broncos in 2016. Eventually he was claimed on waivers by the Rams in 2017. Playing sparingly for the Rams, Neary then received charges for a DUI and hit and run incident in 2018 and was subsequently released by the Rams, he had a short stint in Cleveland. Now the Rams have brought him back once again, maybe the Rams see something in Neary that made the baggage worth it? Whatever it is, Neary has another shot at making his NFL dreams come true.

Steven Parker: a 6’1″ 210 lb. safety out of Oklahoma and teammate of Ogbonnia Okoronkwo, Parker started every game for the Sooners for 3 straight years and was a big part of their defense. He earned 2nd team All-Big 12 honors in 2017 and rolled that into being signed as an UDFA by the Rams in 2018. Parker made some plays in pre-season but ultimately didn’t make the final 53 as the Rams have had good depth in the backend. With some players likely leaving, Parker may have an outside shot, however if he does make it it will likely have to be on special teams as the Rams are good at SS where Parker would best fit.

Ramon Richards: A DB that played corner and safety for the Oklahoma State Cowboys, Richards had 35 career college starts. Richards had a whopping 10 interceptions as a senior for the Cowboys in 2017 but was the definition of a boom or bust performer. Many times his bad plays out-weighed the electric plays, but if he can keep that playmaker status while cleaning up his fundamentals, look out. Signed as an UDFA by the Rams in 2018, Richards didn’t do enough to crack the 53 man roster and has a long way to go to get there. Hopefully we can see what the Rams saw in him when they signed him and less of the blown coverages that Oklahoma State saw.

Time will tell if any of these guys makes the 53 man roster, but hopefully some can do enough to stick on the practice squad where they can further develop. I’m most excited to see the DB competition between these guys as they are all fighting for limited roster spots. Versatility and special teams ability will likely win the spot if one is available for the taking. We’ll re-visit this list later when the roster shapes up some more and we have a clearer picture of the roster spots up for grabs.