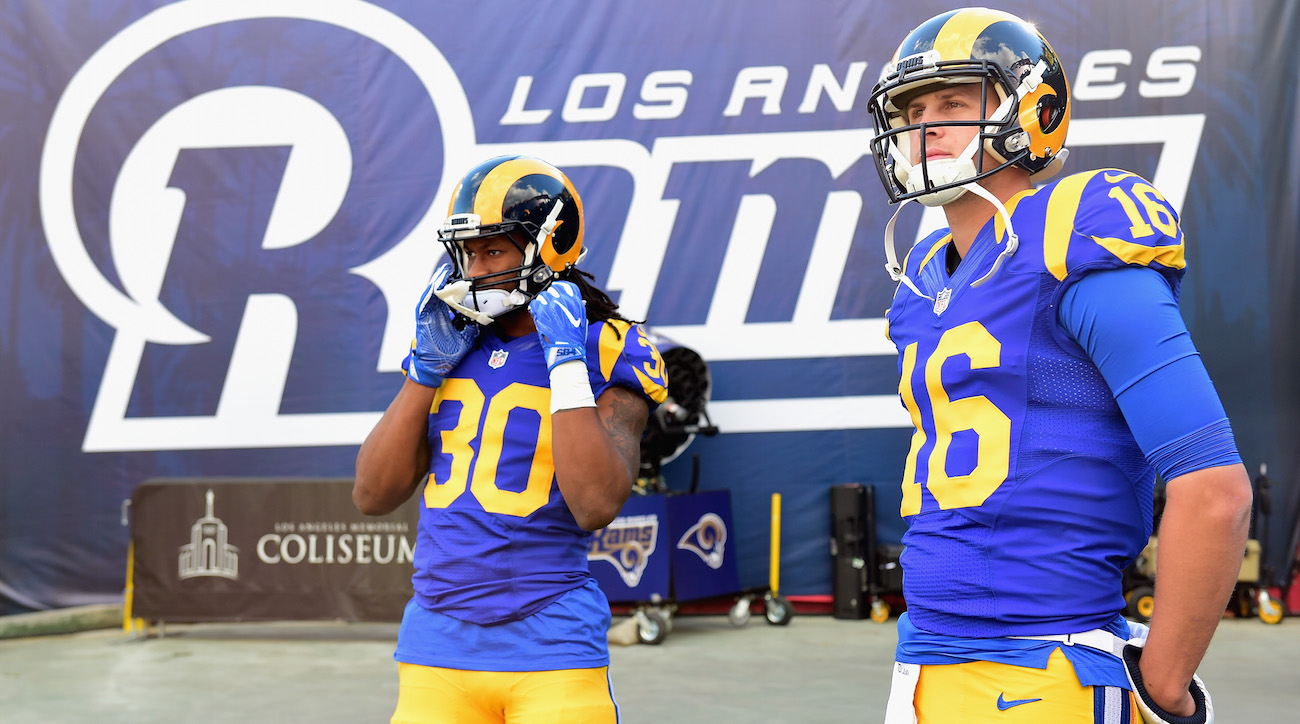 We’ve all had some time to process the gut wrenching Super Bowl loss at this point. We can find flaws everywhere, it was definitely a team effort Sunday. I’m not here to talk about that, not today. We’ve all shared our thoughts and seen crazy opinions thrown around at this point. Let me just remind everyone, do not hit the panic button-but also, do not feel the need to hide every flaw within this team either. None of those things changes the situation and none of them fixes any of the issues. I’m here to tell you the future is bright. With a young head coach in Sean McVay who has taken our Los Angeles Rams from cellar dweller comedic relief to a Super Bowl contender going 26-9, this team is poised for big things. Wade Phillips is one of the best defensive coordinators in the game and has turned a 4-3 defense into a 3-4 and making it a relatively smooth transition by laying to his players strengths. With playmakers all across the board from Jared Goff at QB whom many thought a bust, Todd Gurley at RB who everyone thought was a phoenix that flamed out in his sophomore year, Robert Woods at WR who most thought was an average #3 option at best, Aaron Donald at DT who just won his second consecutive DPOY award and broke the previous sack record for a DT, Aqib Talib who was thought to be on the decline, Cory Littleton who was just a special teams guy, John Johnson III who was a 3rd round pick thought to be a reach in the draft. This team has a solid core of players to build around. Some big free agent decisions loom large for this team along with Les Snead having his first 1st round pick since the famous trade up for Jared Goff. Snead has also been good at getting talent in the mid rounds-Cooper Kupp, John Johnson III, Samson Ebukam, Josh Reynolds, Tyler Higbee to name a few, have all contributed to the Rams going 15-4 this season.

What exactly am I getting at you might ask? The Rams have gotten a lot of hate this year even from some of L.A.’s own media members. We’ve seen inaccurate representations of attendance and fanfare, the laughable assumption that Jared Goff is a system QB, the defense is overpaid and overrated, etc. etc. I won’t stand for it. Being a St. Louis native I was heartbroken when I heard the Rams were moving back out West to sunny California, I hated Kroenke, I lamented the loss of a team I grew up with, loyally rooting for them through Dick Vermeil, Mike Martz, Steve Spagnuolo, and Jeff Fisher. I didn’t give up on my team though. I embraced the Los Angeles narrative, grew to love my team even more despite the move because finally I was witnessing a rebirth of a franchise that captivated me so much as a child. It wasn’t easy, 2016 saw Jeff Fisher destroy any semblance of faith in this Rams team. Then came Sean McVay in 2017, then came Wade Phillips and his 3-4 defense, then came Les Snead no longer handcuffed by Fisher, then came 11-5, the NFL’s #1 offense, and a playoff berth that ultimately we just weren’t ready for quite yet. 2018 arrived and next came the trades and free agent signings of Ndamukong Suh, Aqib Talib, Marcus Peters, and Brandin Cooks. After that we saw the Dante Fowler trade and the signing of CJ Anderson help propel us to 13-3 and a first round bye. While everyone wrote us off against the Cowboys, the L.A. Rams and the wonderful fans of this team kept going strong. We shellacked the Cowboys, then we went into a hostile New Orleans Superdome and faced adversity like no other overcoming a 13-0 deficit to take it to overtime where Greg Zuerlein then booted a 57 yard field goal to send us to our first Super Bowl in 17 years. Ultimately we fell short on the biggest stage but this team has improved every single year since returning to Los Angeles and that doesn’t stop now.

Are there question marks heading into the shortest offseason we’ve ever known? Sure. But Goff promised he and this team would do better next time and we all know how his last promise turned out. Ignore the inflammatory headlines, the office co-worker who can’t shut up about our flop even though he is a Cowboys fan, ignore the Saints still crying about a single solitary call despite being generally outplayed, ignore the TMZ’s of the world making up stories and insinuating trouble in paradise, ignore guys like Skip who are there for clickbait garbage to pump up numbers because no press is bad press. Instead I challenge you to look toward the 2019-2020 season like Aaron Donald and Jared Goff have already begun to do. I want you to look forward to our last season in the Coliseum and towards our third consecutive NFC West title. I want you to look forward to even louder “Whose House” chants and Cooper Kupp slants. Look forward to another year of growth for both Jared Goff and Sean McVay who have righted the ship every single time we went a little off course. These most certainly are no longer the Lambs as we often heard in St. Louis. No matter what, share the pride of being a Rams fan, share the pride of being a loyal fan from St. Louis, share the pride of being a Californian that never left, share the pride of being overseas and rooting this team on as if it were in your backyard, be proud to be a fan of the Los Angeles Rams and what they’ve accomplished both on the field and off. Be proud of what they’ve done for the grieving communities that suffered a shooting and wild fires. We have witnessed great triumphs this season and great mishaps and rest assured that we will be back here again in the near future. All the outside noise will fall away when we win again, when we are even better, when we get a new stadium and uniforms in 2020, when we win a Super Bowl. The Rams and Kroenke have been and continue to build something special in Los Angeles and it will all be worth it when we reach the end of the build. So pick yourself up, hold your head high, and pack your bags for South Beach because I think we ain’t done yet.