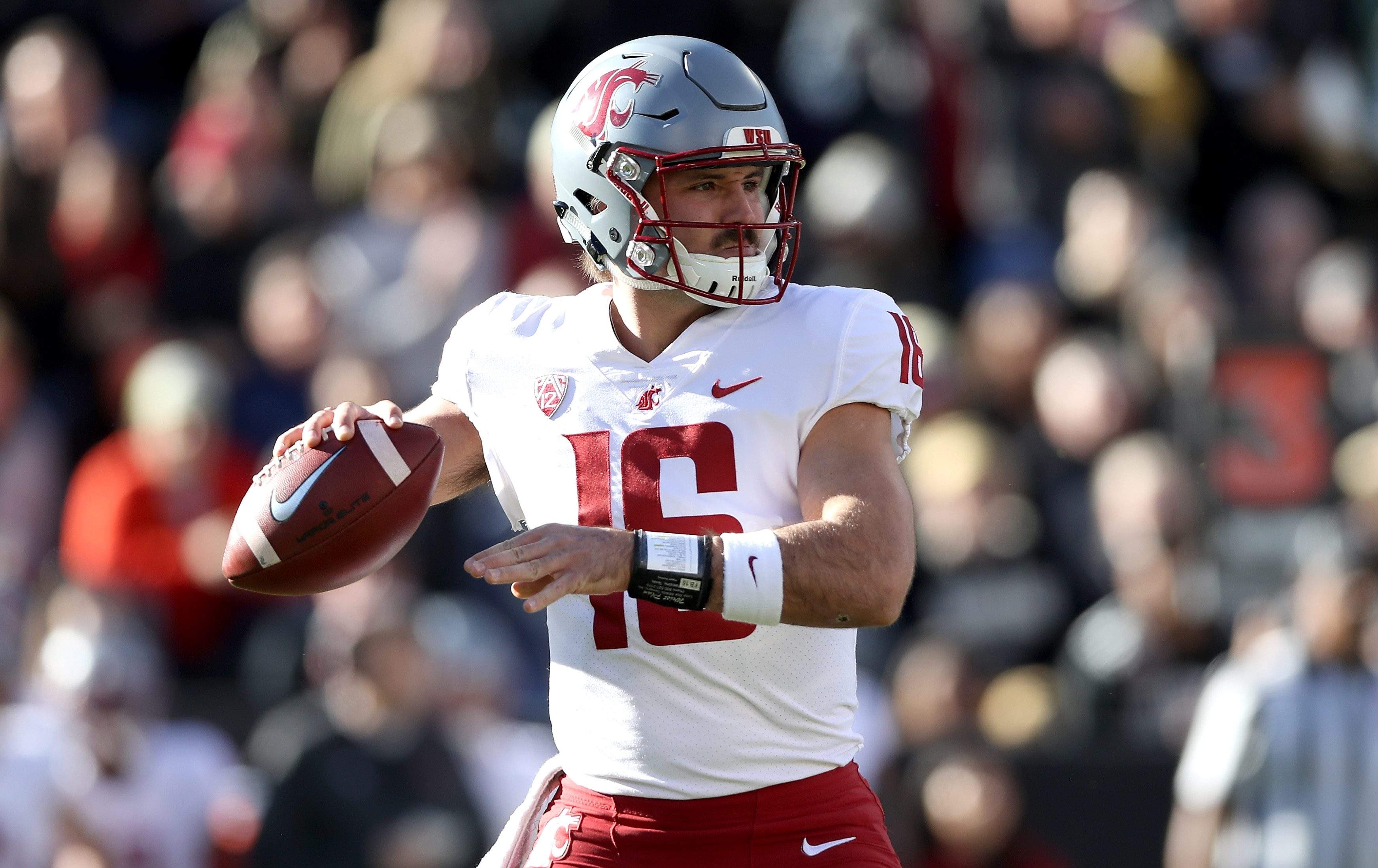 Despite what some might say after his Super Bowl performance, the Los Angeles Rams have their quarterback of the future in Jared Goff. Goff has certainly had his ups and downs, but in just his third year and at 24 years of age, he is the guy that the Rams will trust moving forward.

They trusted Foles so much that he went on to win three playoff games over the past two seasons and a Super Bowl. He played so well, he had some fans and Philadelphia media questioning whether general manager Howie Roseman would trade Wentz if the offer were right.

It may seem crazy, but that is a good problem to have.

The Eagles may end of trading Foles for a draft pick, much like the Patriots have done with Jimmy Garoppolo, Jacoby Brisset, and Matt Cassel.

Eric Dickerson and others may feel that Mannion is a capable backup, but the fact of the matter is, he is a guy that needs to be replaced. Sean McVay has to get his guy in there and get a guy that if called upon, he can trust with the offense and right now, that is not Mannion.

When given the chance, the quarterback from Oregon State has not proven he is a capable NFL backup. Last year in the preseason he went 24-46 with one touchdown to two interceptions with a passer rating of just 49.9. That was good for the 94th best passer rating in the preseason. While yes, Mannion was playing with second and third stringers, so were many of the other guys, and many of those other guys, aren’t currently on an NFL roster.

In three seasons, Mannion has never thrown a touchdown pass in the regular season, despite starting a full game in week 17 against the San Francisco 49ers. He’s only averaged 4.9 yards per attempt while turning the ball over twice in limited regular season action.

It’s beyond time for Les Snead to go out and get McVay his guy to backup Goff because barring a scenario nobody wants to see happen, the Rams need to be ready.

While this draft may not be primed with franchise quarterbacks, that doesn’t mean there isn’t some depth at the position. There are plenty of intriguing players who would make sense for the Rams. Here are my top-five.

Now, first off, let me say I’m not a huge fan of Jackson’s game. He’s doesn’t have very good pocket awareness which stems from poor footwork, his mechanics need a lot of work which leads to being very inaccurate, and he is slow in making reads.

That’s not to say there isn’t anything here however. Jackson has a huge arm and ideal size for an NFL quarterback which he displayed at the senior bowl. That’s not to mention his athleticism and ability to make plays outside of the pocket. This is a guy that’s going to need nurturing and coaching in order to be successful, but that’s exactly the type of guy that the Rams need.

Jackson could be a ball of clay that McVay could form into his quarterback. He is also a guy that the Rams could grab on day three.

Clayton Thorson is going to be a guy that’s in the NFL for a very long time and makes a career out of being a backup quarterback. He doesn’t have the tools to be a full-time starter, but if you need him to fill in for a game here and there, he can do just that.

Thorson was a four-year starter at Northwestern and arguably improved every year. He has a better arm than many give him credit for and has very underrated athleticism as a runner. He has good rhythm and feel for the pocket and won’t get locked onto one read while having the ability to see the whole field.

The 23-year old is limited, which is what separates him from the top guys, but put him in a west coast scheme that focuses on intermediate routes and give him a coach that can develop the skills that he has, and he can be a very good backup quarterback for the next ten years.

Where Thorson will go in the NFL depends on who you ask. Some have him going as high as the third round, where others see him more as a day three guy. At QB-9, Thorson comes in at a fourth round grade for me, but it wouldn’t shock me if he’s taken in the third or drops as low as the fifth.

Ta’amu is a guy that I personally love. He averaged 9.5 yards per attempt in his two years as a starter and this past season in the SEC, his average depth of target was 11 yards down the field. It helps when DK Metcalf and AJ Brown are your top two receiving options, but this is a guy that isn’t afraid to push the ball down the field and he has the arm to do it.

Right now he is receiving very little hype from the media, but I expect that to change as more people watch and break down his game. He’s accurate with good mechanics and can beat defenses at all levels of the field. This is a guy that has the floor of an NFL backup and ceiling as a starter if he’s able to sit and learn the nuances of NFL defenses.

We’re going to see if Metcalf and Brown made Ta’amu or if Ta’amu had the skills to take advantage of the talent that he had at the skill positions. My early guess if the later, but only time will tell.

Again, it’s very early in the process, but I have a second round grade on Ta’amu, but doubt he goes that high. He is my QB-5 and if he’s there in the fourth round, there is no question he’s a guy McVay would have to take.

Unlike Jackson, McSorely lacks ideal NFL size at 6’0. But what he lacks in physical size, he makes up for it in heart. He may not test well at the combine, but its the things that you can’t measure, that McSorely excels.

The Rams have targeted players from the senior bowl over the past two years and McSorely is the second guy who went to mobile this year on my list. Not only that, he impressed in the practices all week.

McSorely doesn’t crumble under pressure as he was one of the best in the nation, throwing 26 touchdowns with a passer rating of 83.3 when facing pressure last season.

The quarterback from Penn State has the arm strength and pocket awareness to succeed at the next level, but what might be most impressive about McSorely is his intangibles. When it comes to the backup quarterback position, you don’t just want a guy that’s going to come in and run the plays that are called. It is crucial to get a guy that can come in, command the huddle, and provide a spark that the other 10 guys believe in.

Some guys just have the IT factor, and McSorely has that. He consistently came up big in big time moments at Penn State. He led six comeback wins in 2016 as a sophomore and threw the game-winning touchdown on the last play against Iowa in his junior year. Add in the game against Appalachian State last year in which he led the Nittany Lions to a win on overtime after converting a 4th and 2 and then throwing the game-tying touchdown pass three plays later, and you have a pretty impressive resume.

What might be more impressive is what he did in a game that Penn State lost. In the Citrus Bowl against Kentucky, and dealing with what many believed was a broken foot at the time, McSorely brought the Nittany Lions back late in the fourth quarter.

The senior scored a rushing touchdown early in the fourth quarter on a 1-yard run to pull Penn State within 27-14, then led a six-play, 60-yard drive that ended with an 18-yard touchdown pass to make it a one-score game. Penn State lost 27-24, but it was a great effort from McSorely to come in during a big game while feeling discomfort and bring his team back.

That’s the kind of effect you want your backup quarterback to have.

When it comes to McSorely, I have a third round grade on him, but again, I would not be shocked if he makes it to the fourth and would find it surprising if he lasted much longer than that. McSorely is a smart guy that teams are going to want in their quarterback room, if the Rams want to solve their backup quarterback problem, they’re going to have to spend a mid-round pick to do it.

Alright, get ready for probably my favorite quarterback in this class because I LOVE Gardner Minshew and he would be a perfect fit under Sean McVay.

Minshew started his career at East Carolina before transferring to Washington State where he ended up breaking Jared Goff’s single season passing yards record in the Pac-12 with 4,779.

Some see him as a guy that benefited from the air-raid system at Washington State, the same system that Goff played in at Cal, but if its one head coach who is able to get the most out of his quarterbacks with a QB-friendly system, it’s McVay.

Minshew is another guy that flourished during the senior bowl practices. He didn’t have a great game, going just 1/8 for 4 yards, but that shouldn’t take away from what was a week in which he was one of, if not the best quarterback in Mobile.

That’s because Minshew has the potential to develop into a dangerous NFL quarterback.

Many have him as the potential of a low-end NFL starter similar to a Brian Hoyer or Case Keenum. However, I believe he can be more than that, he’s an effective manipulator of defenses with the ability to look defenders off with his eyes before delivering a strike to his intended target. That’s not a skillset that many college quarterbacks possess.

He does a very good job of dropping back and letting the ball loose when his back foot hits its final drop and then throwing an accurate ball on time.

His 116.3 passer rating while kept clean in the pocket, was better than Oregon’s Justin Herbert who was projected to be the first quarterback taken before returning back to school. That’s not to say he doesn’t do well under pressure though, because he can handle the heat. His awareness in the pocket may be one of his best attributes. Plus, he was the highest graded quarterback in the Pac-12 according to Pro Football Focus.

I am higher on Minshew than most and would have no problem with any team taking him in the second round, however, he is projected as a fifth round pick which is right where you want to take a backup quarterback and if taken by the right team, like the Rams, he could end up being a star.